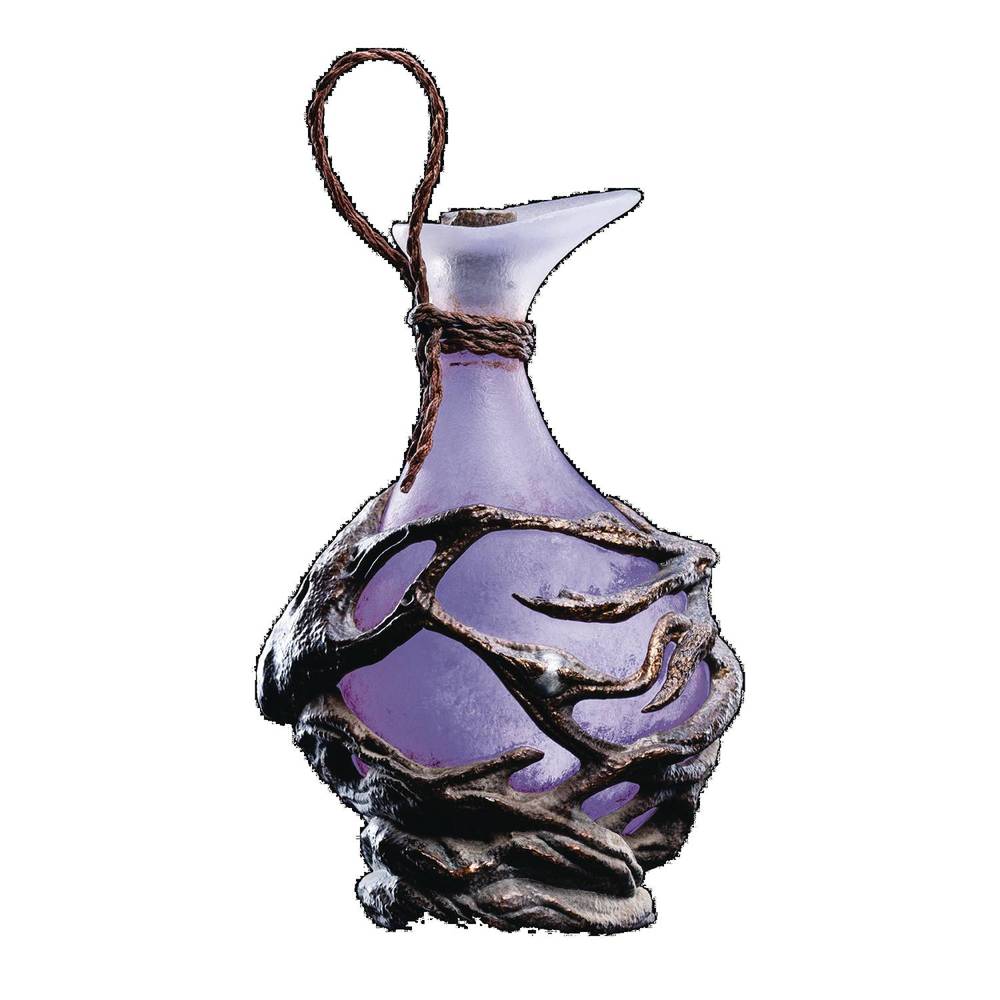 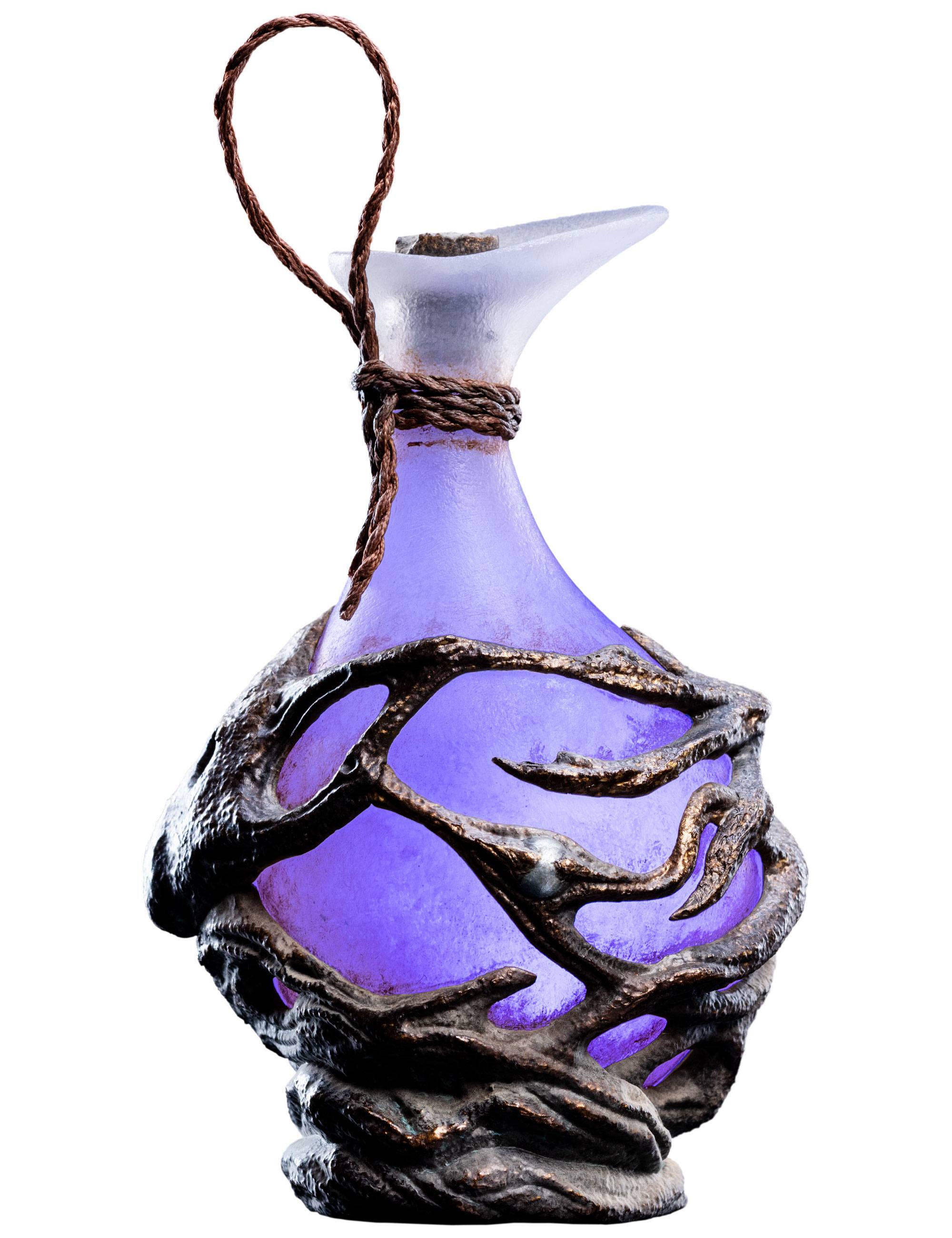 The grim fruit of malignant science, essence vials were small glass receptacles into which were distilled the drained life essences of captured Gelfling.

A cruel invention of the Scientist, SkekTek, essence draining was accomplished by strapping captives into a device which used the power of the sickening Crystal to suck from them their vital energies, collecting them in liquid form.

These delicate flasks of life force were greedily consumed by the pernicious Skeksis, thereby strengthening them and artificially extending their own lives. The act was a vile betrayal of the power of the Crystal and of the Gelflings, who trusted their draconic lords with its custodianship and their own safety. The uncovering of this secret crime and its consequences would shake the foundations of Thra.