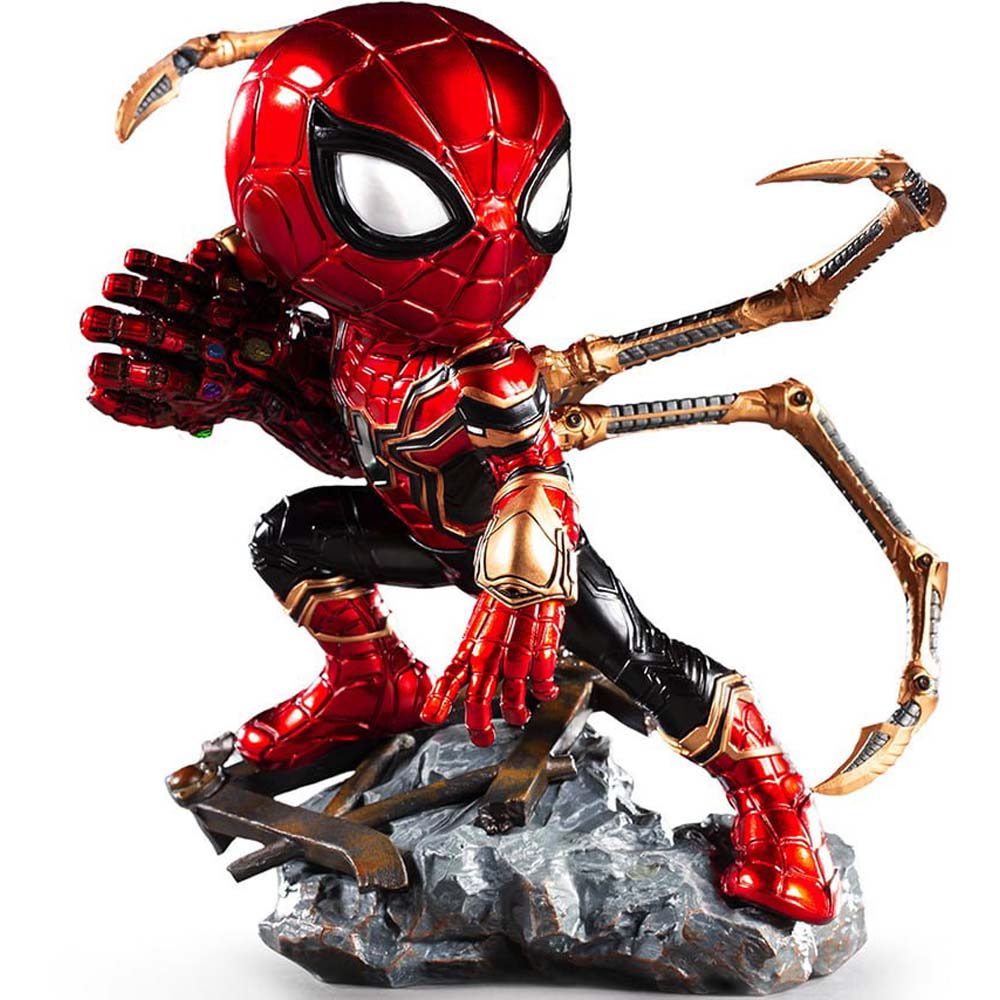 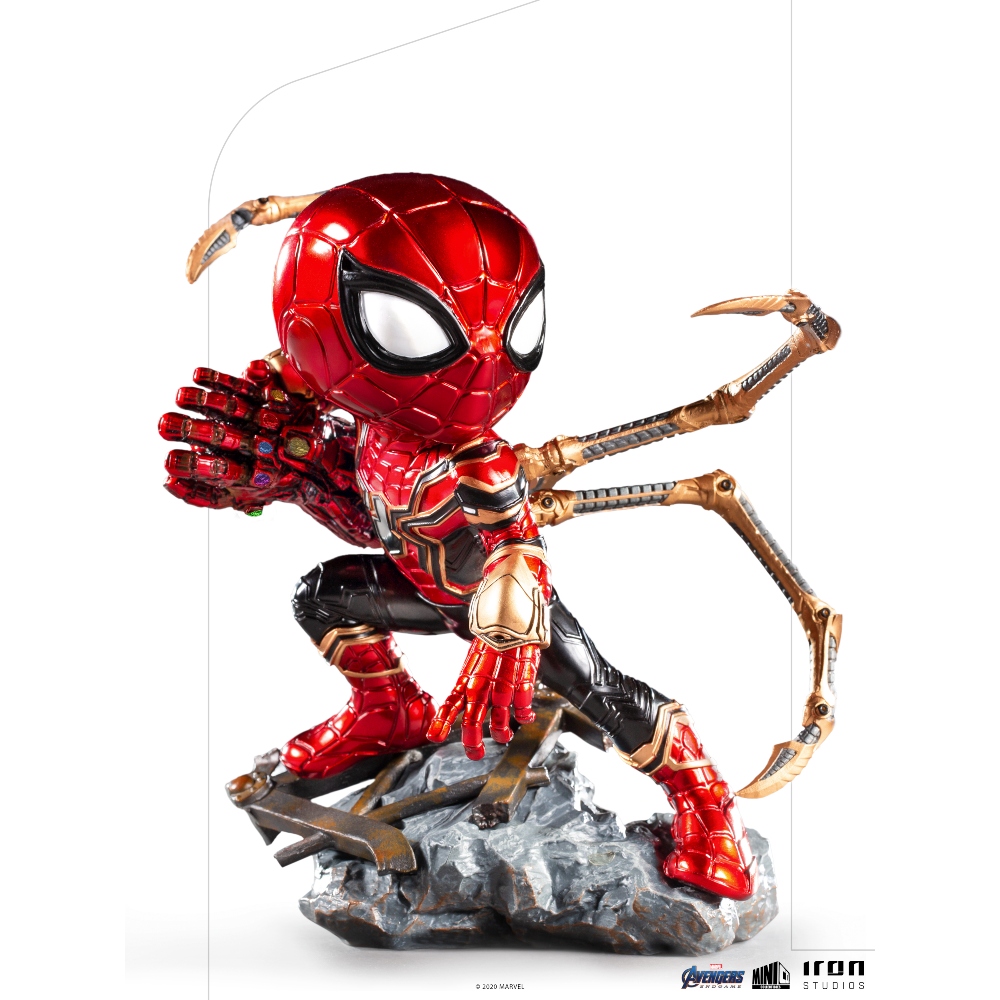 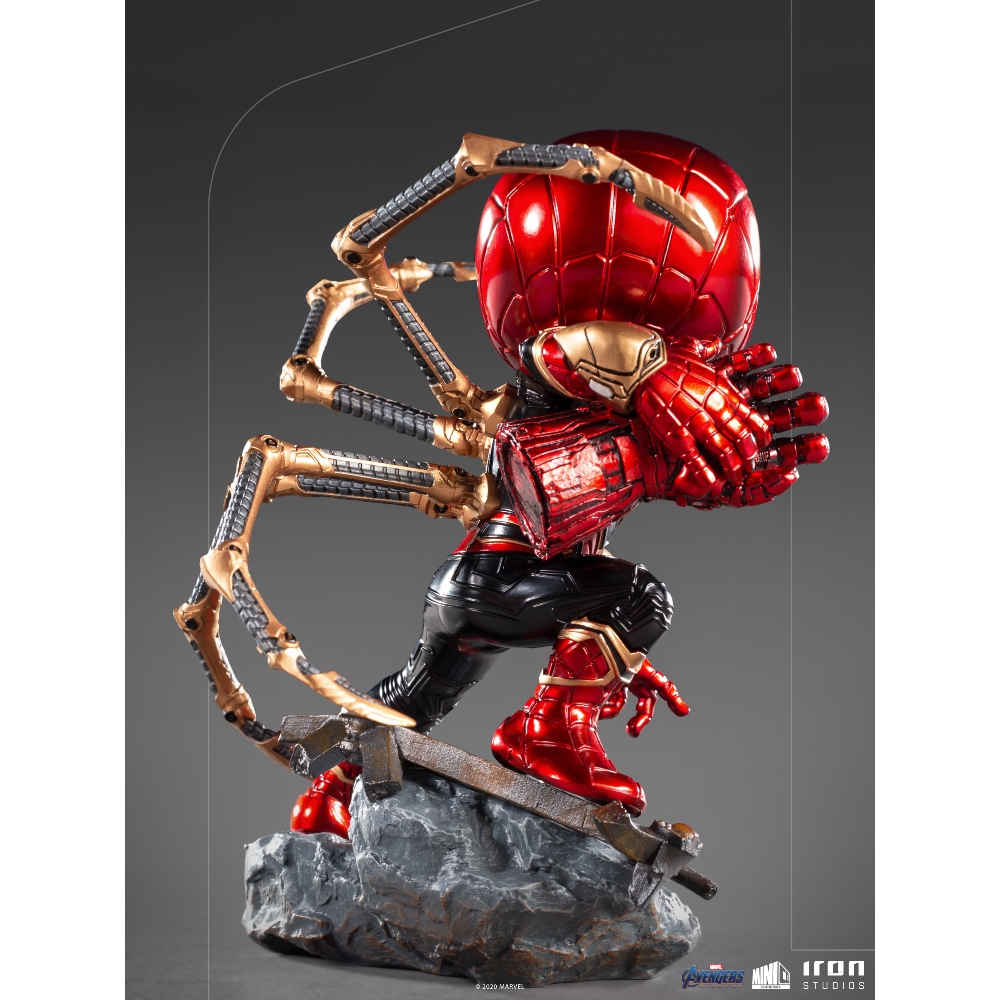 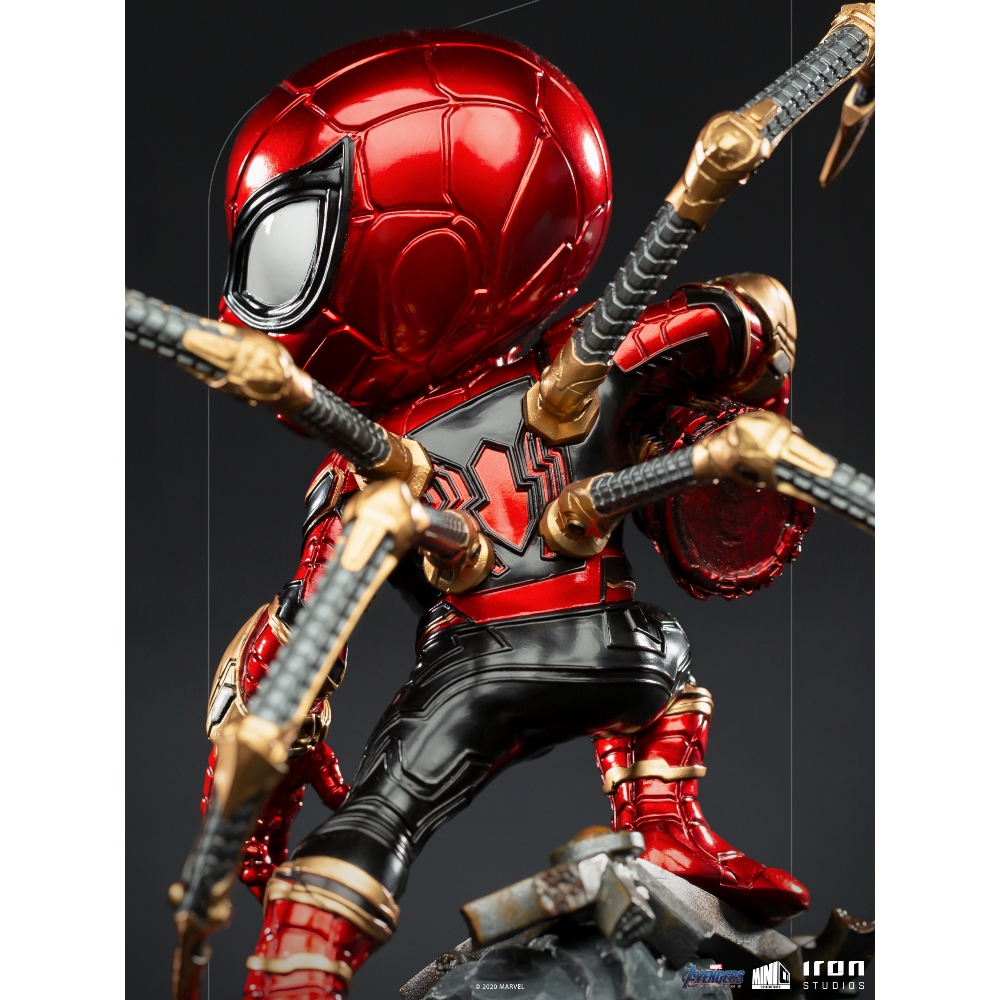 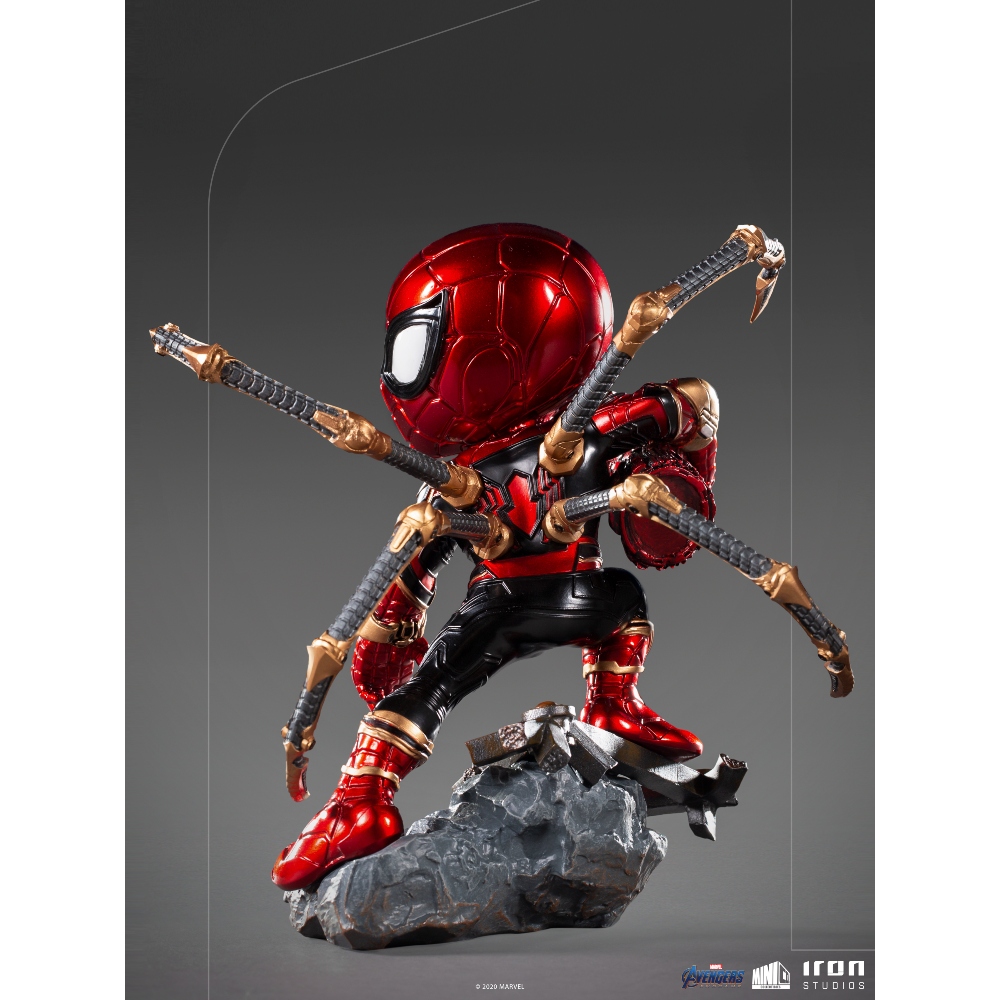 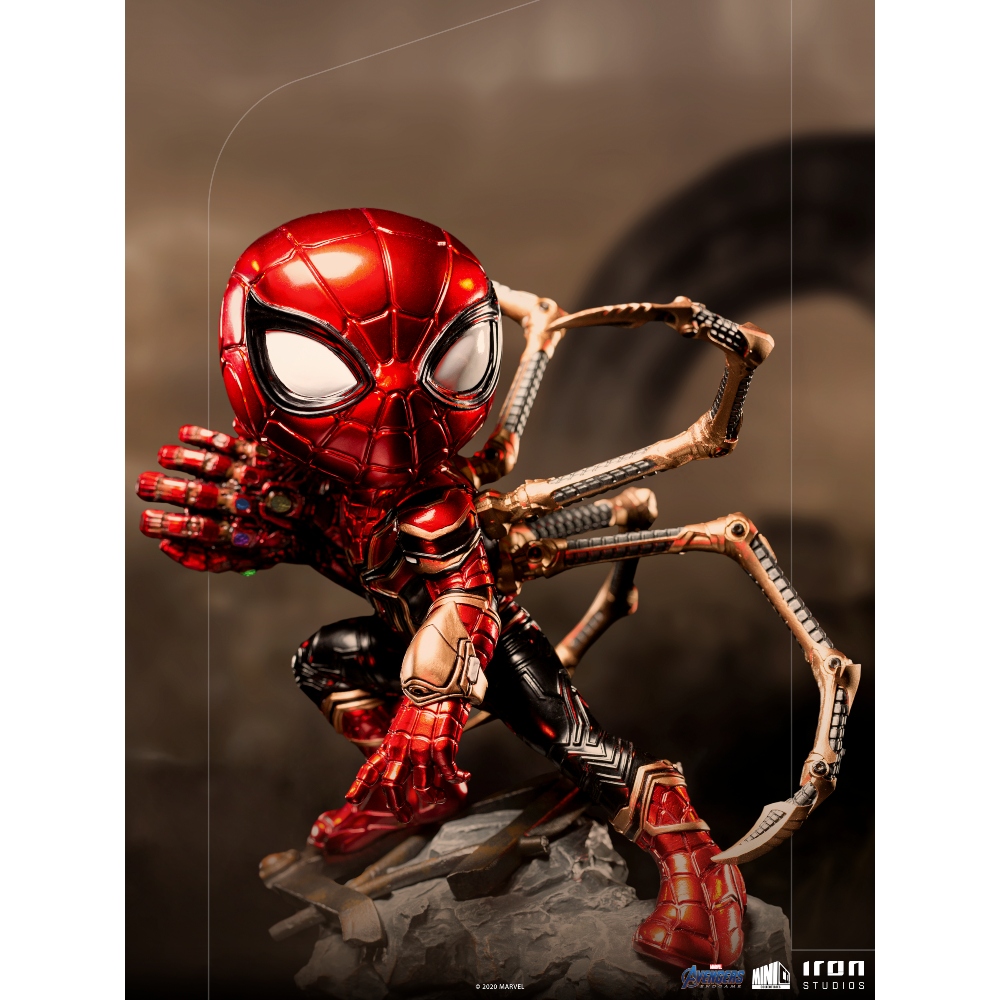 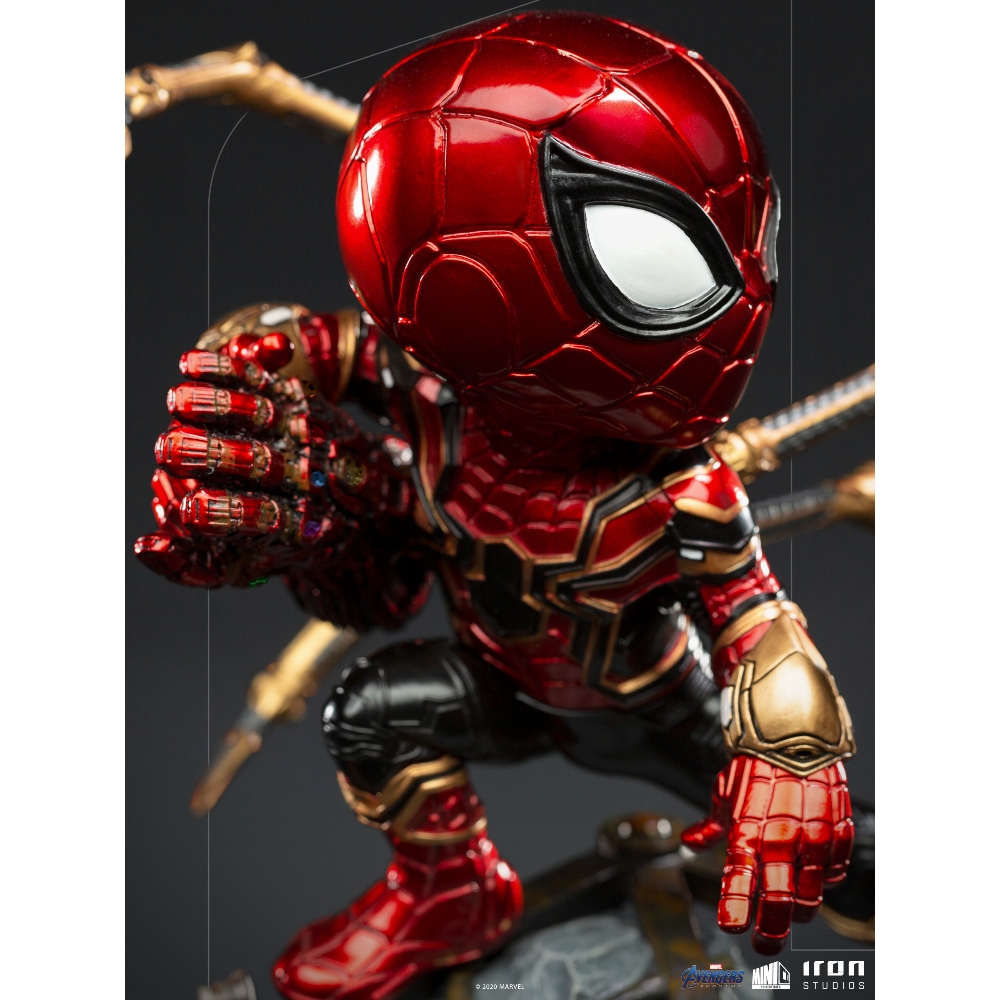 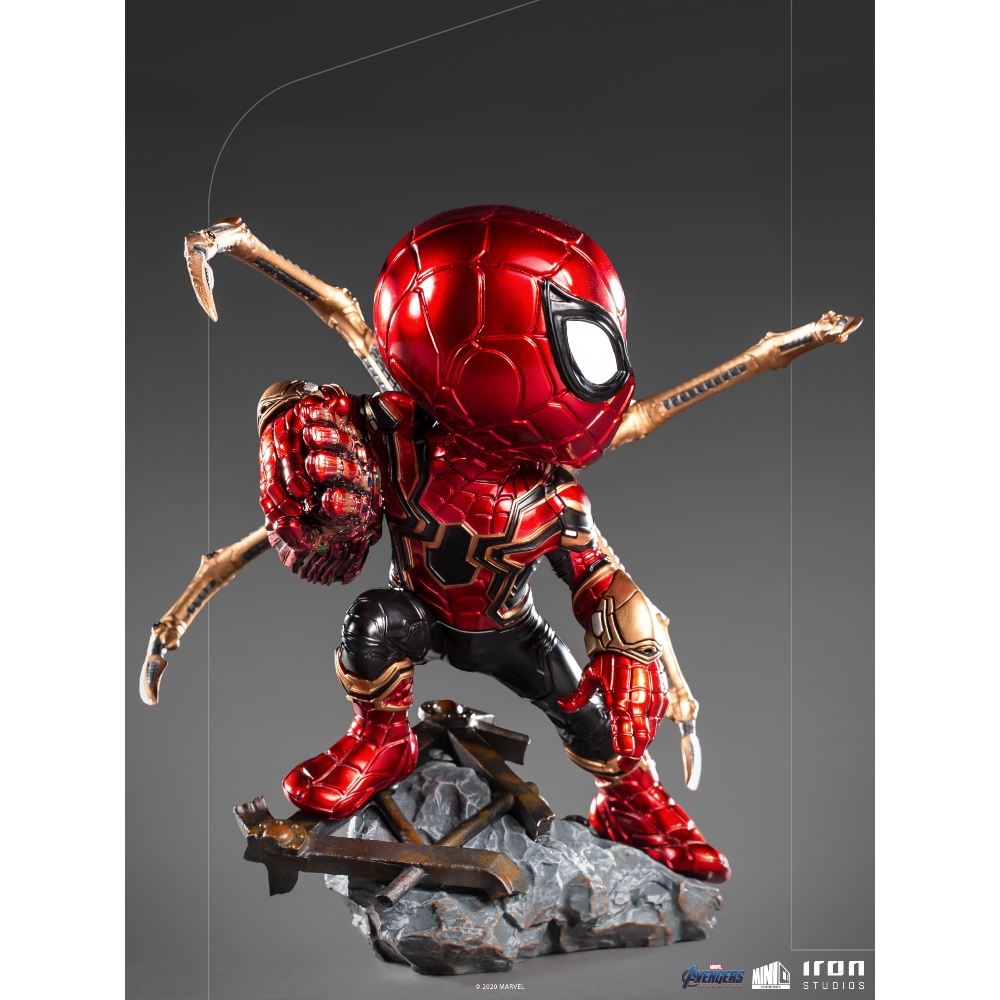 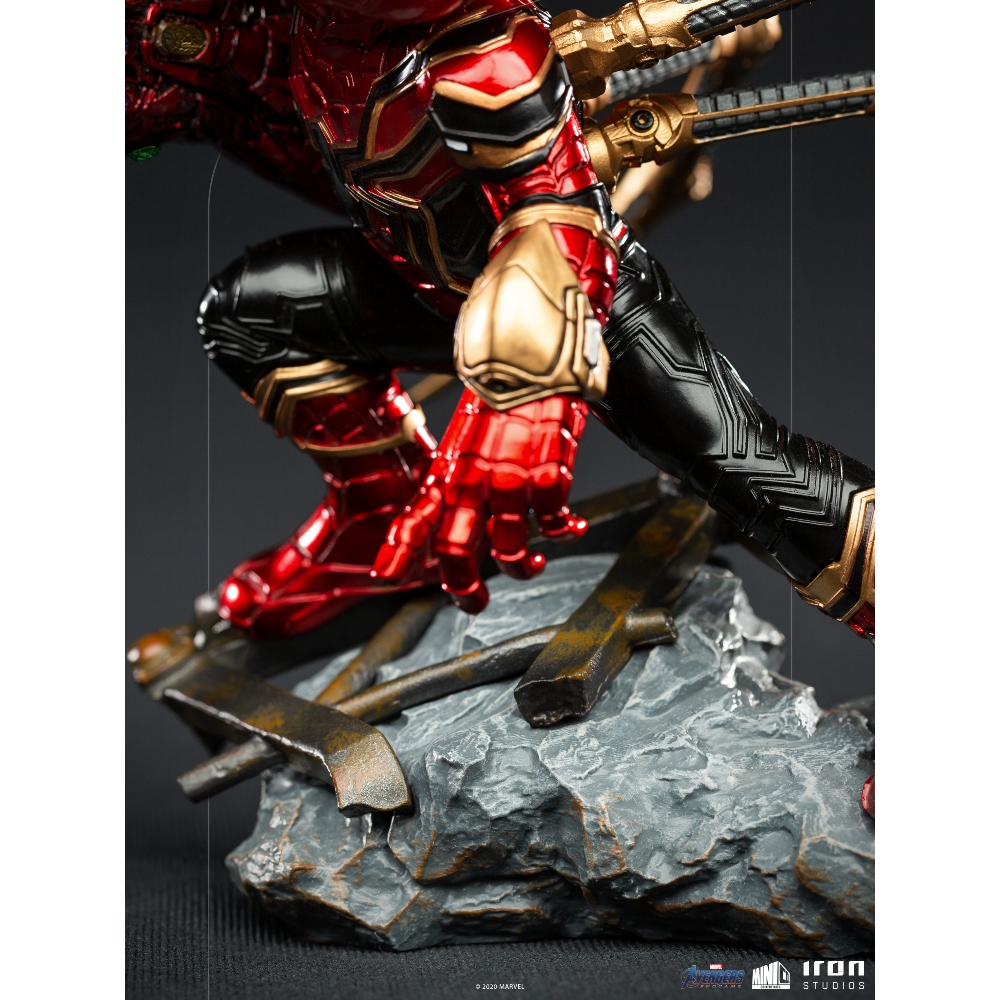 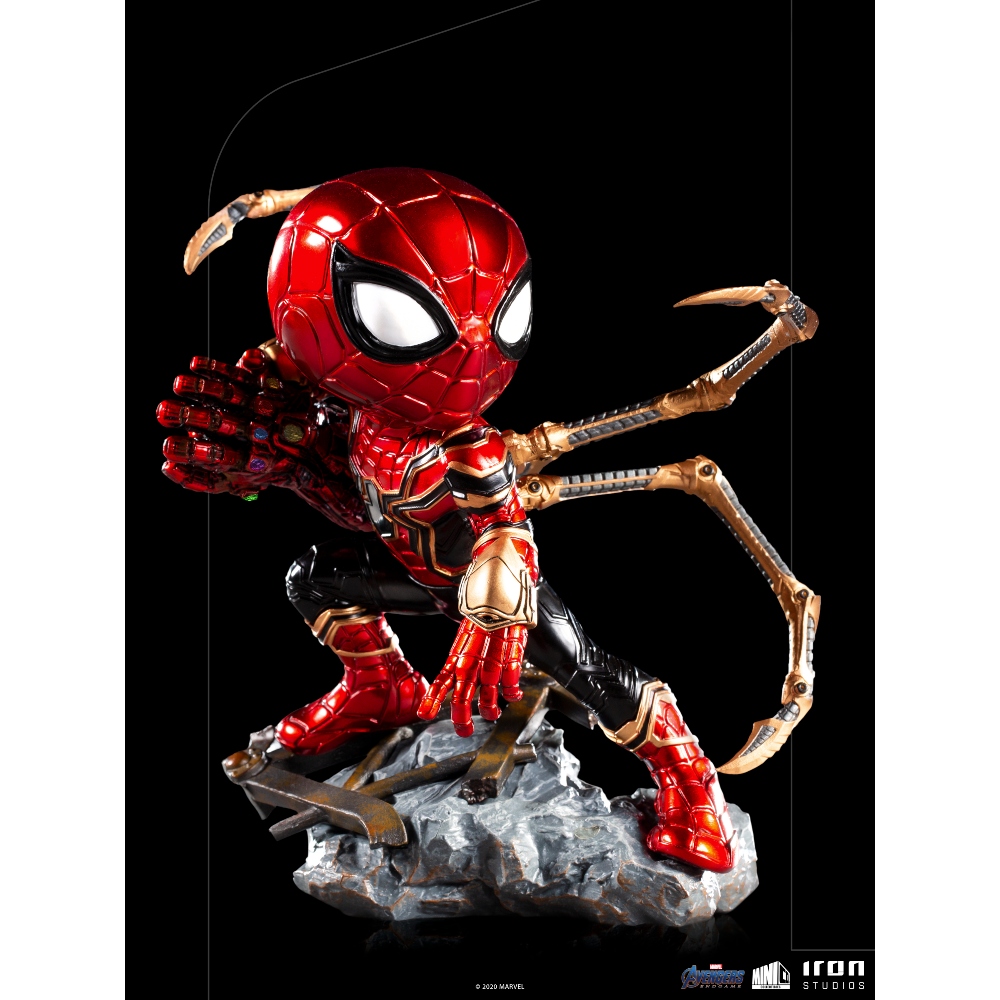 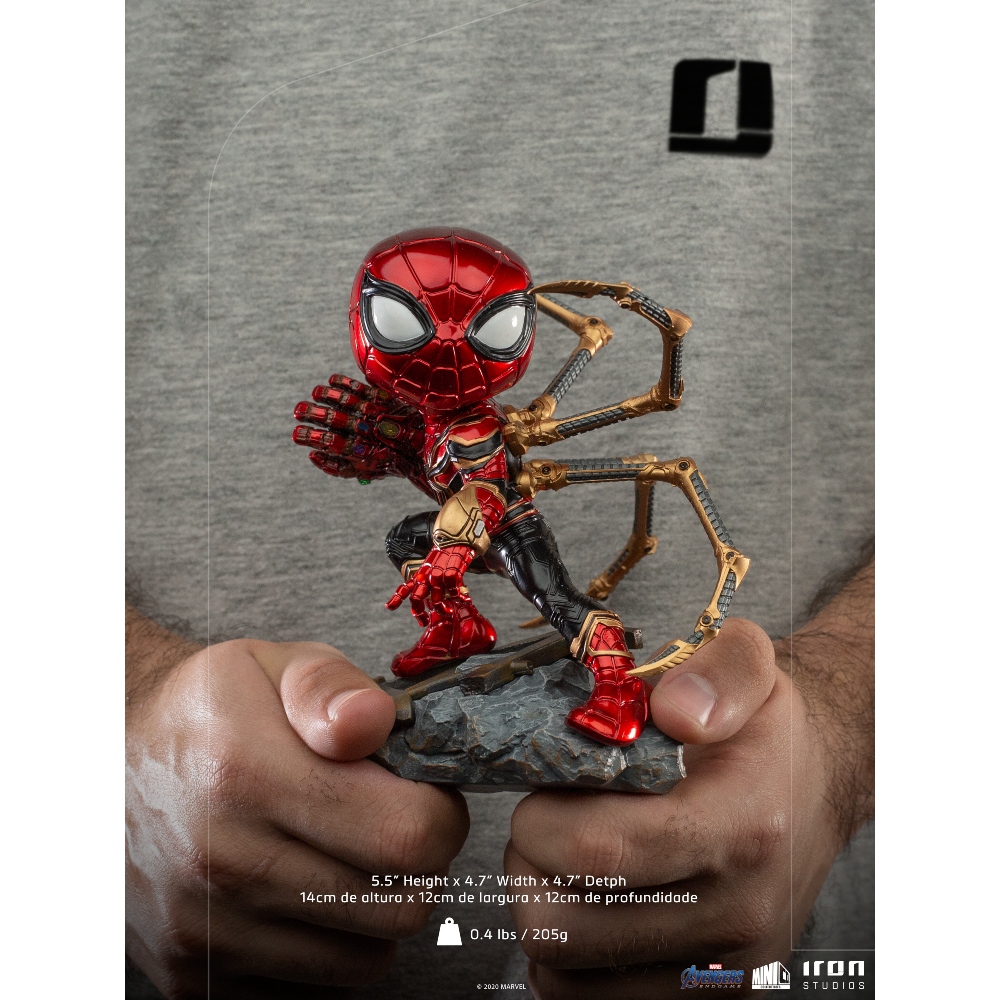 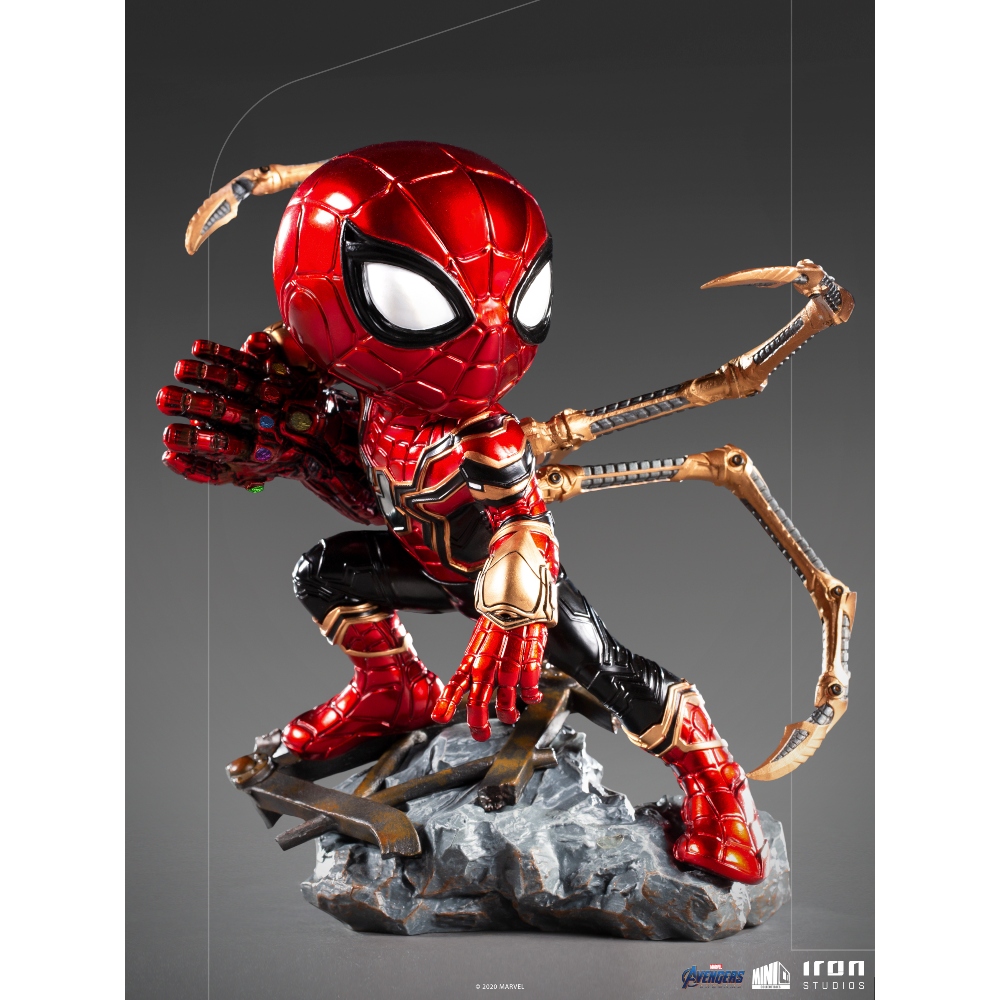 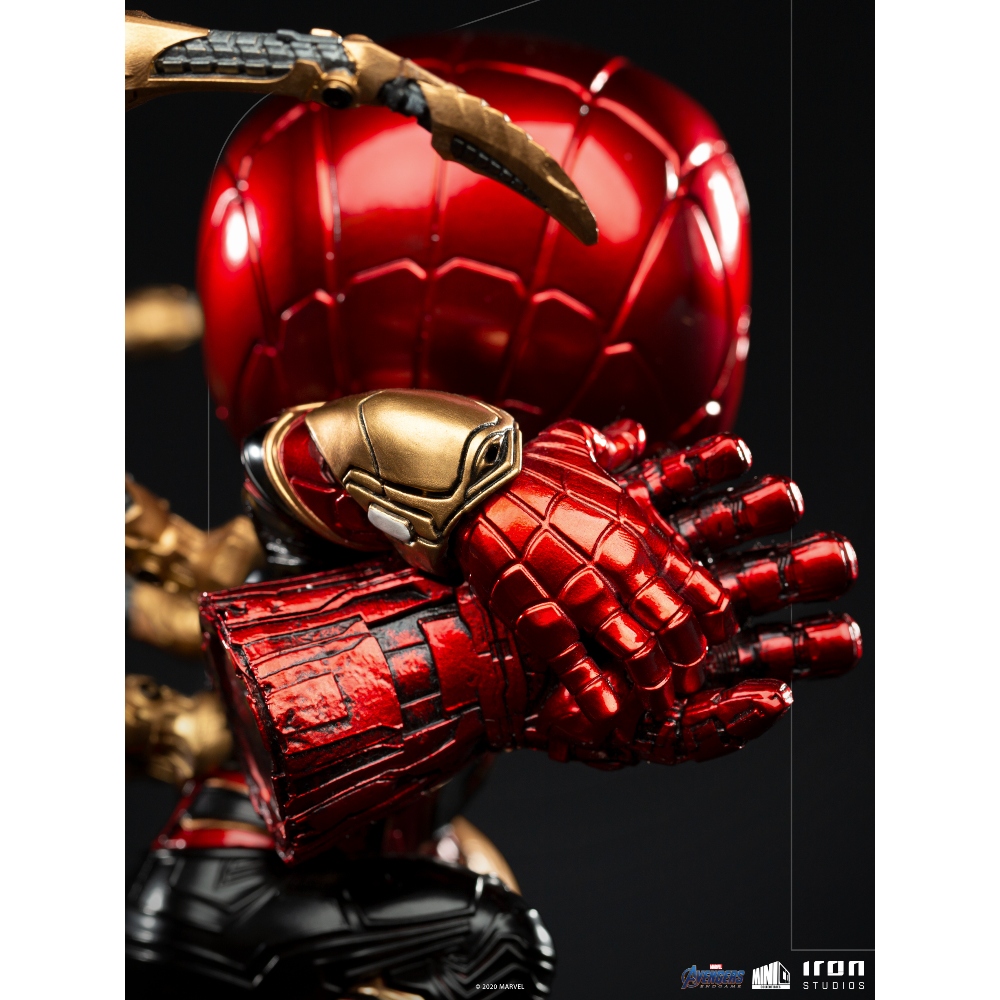 Wearing his technological metallic suit created by his friend and mentor, Iron Man, \”Iron Spider – Avengers: Endgame – Minico\” from Iron Studios, introduces the beloved arachnid hero in action with his auxiliary tentacles, just like in Avengers: Endgame, in the decisive combat against the titanic Thanos and his minions of the Black Order.

On a rustic base formed by rocks and rubble of a metal structure, the young Spider-Man holds in his right hand the so-called \”Stark Gauntlet\”, an artifact created by Tony to couple the Infinity Jewels united by Thanos, and reverse the devastating effects created by the villain. So the brave friend of the neighborhood faces the alien creatures called Outriders, to deliver the precious glove to its creator.