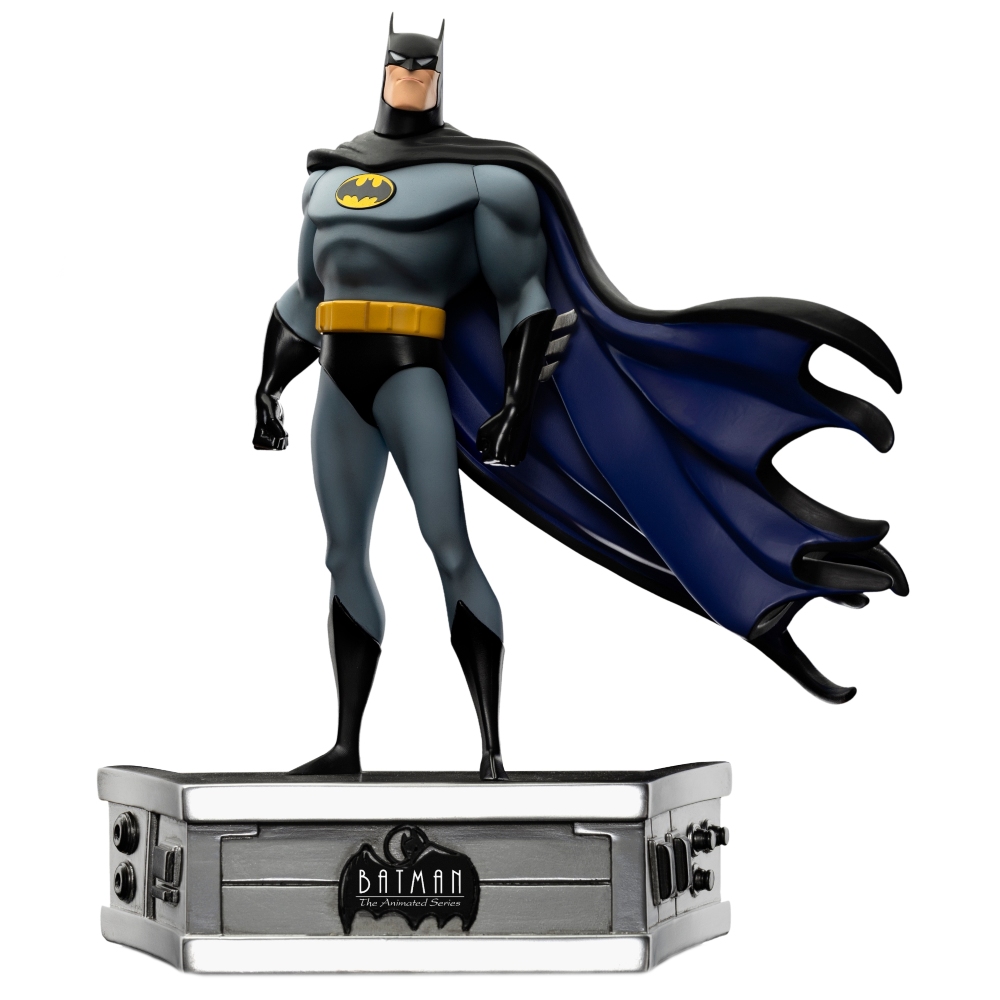 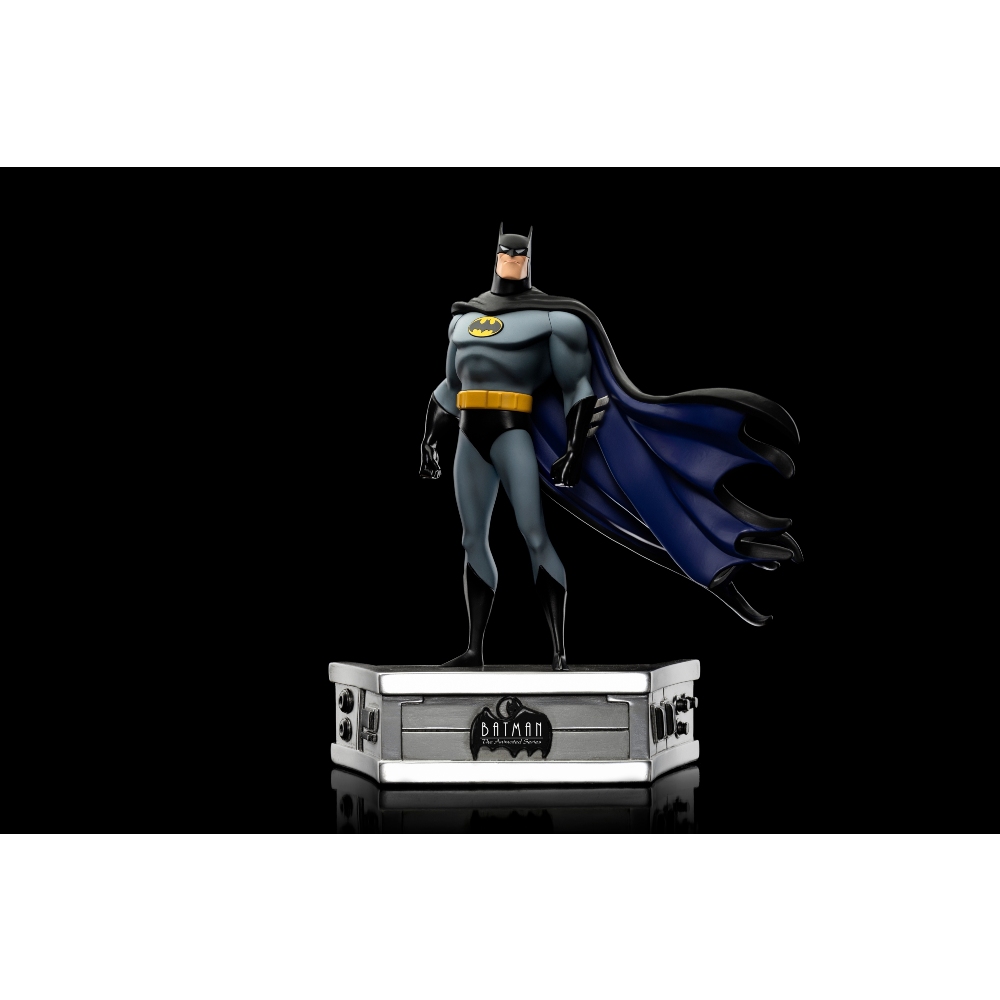 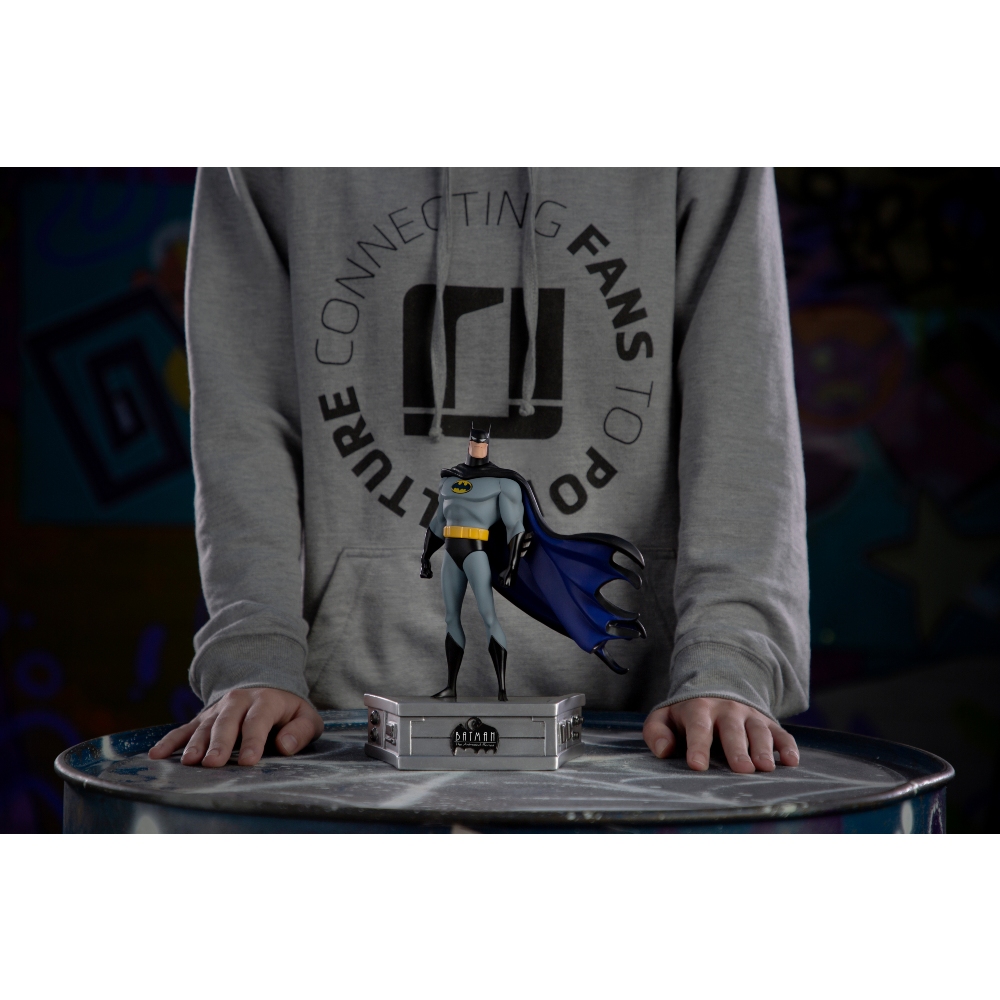 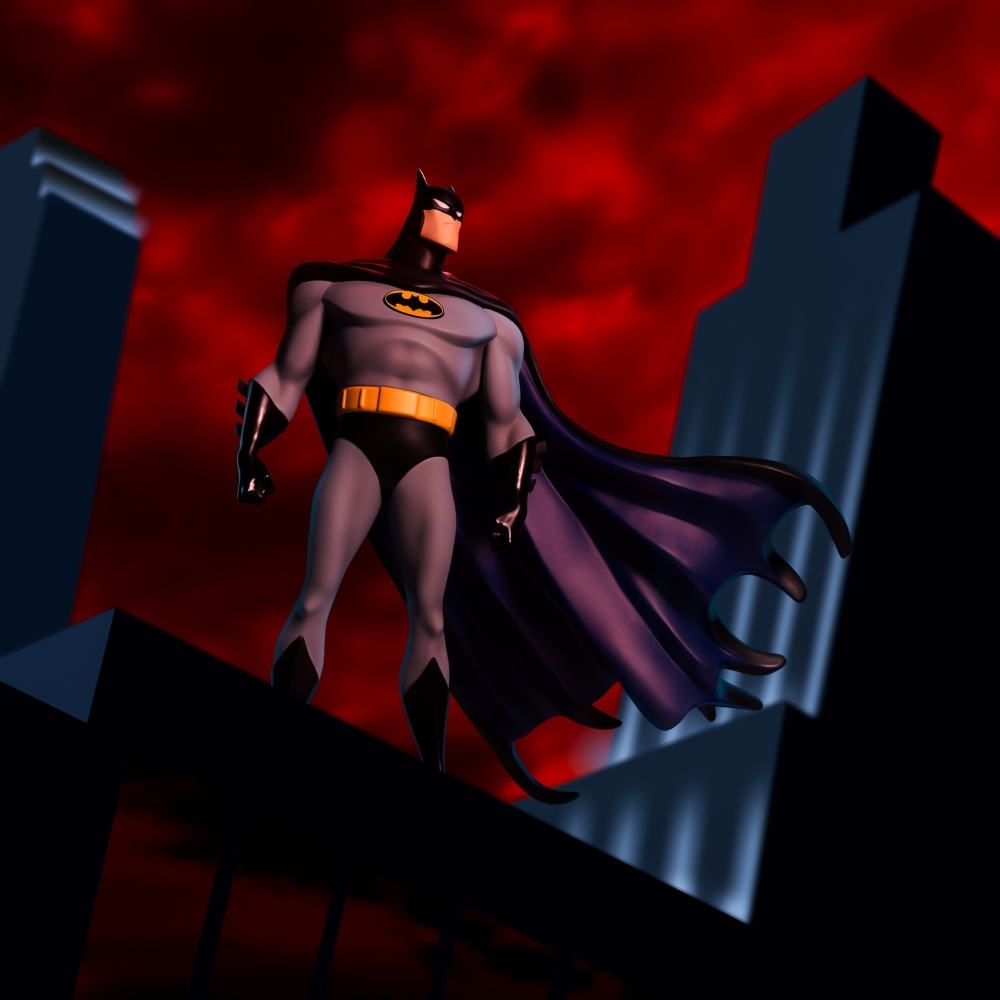 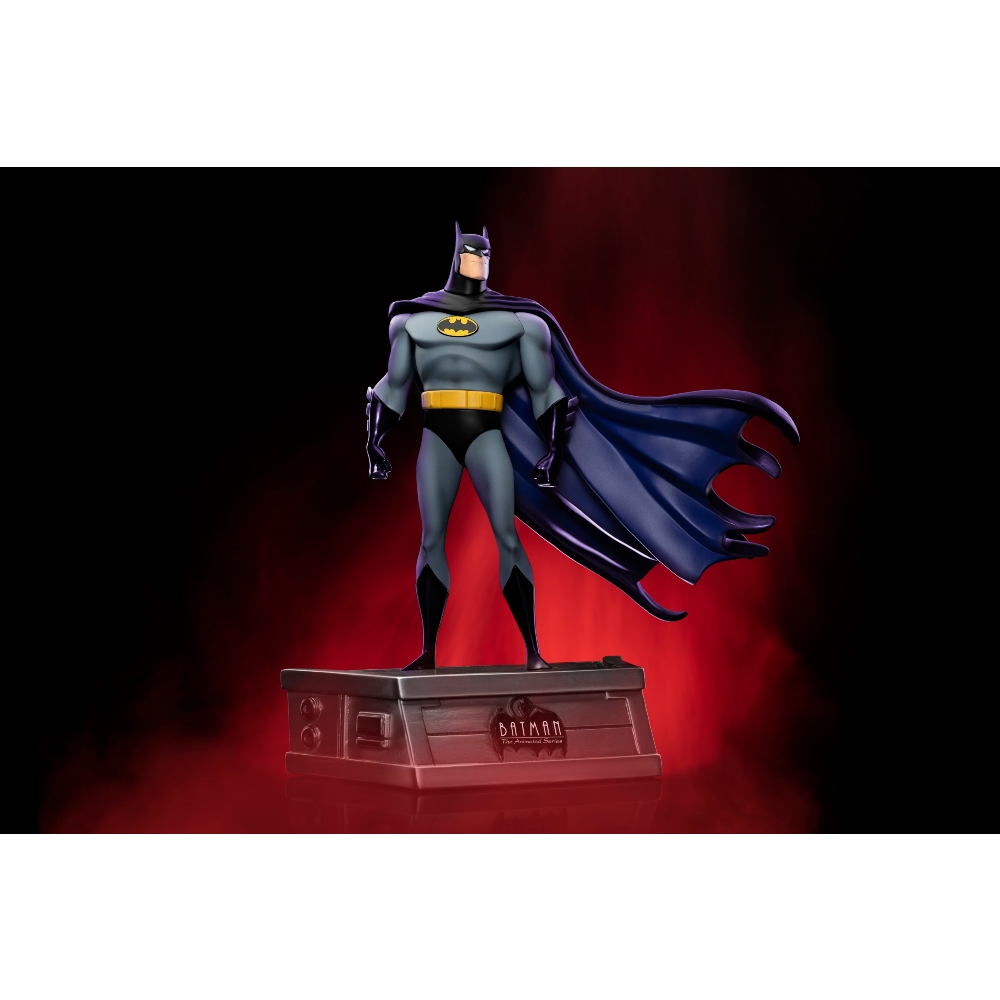 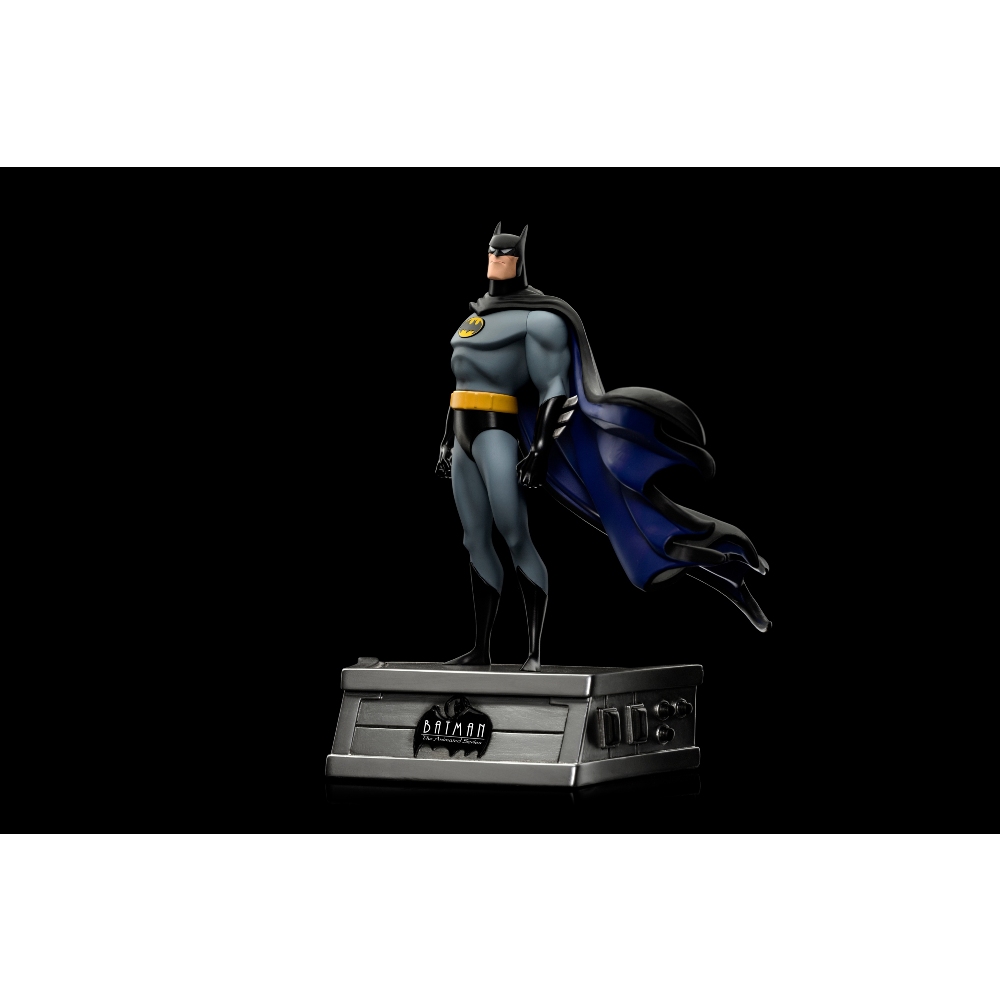 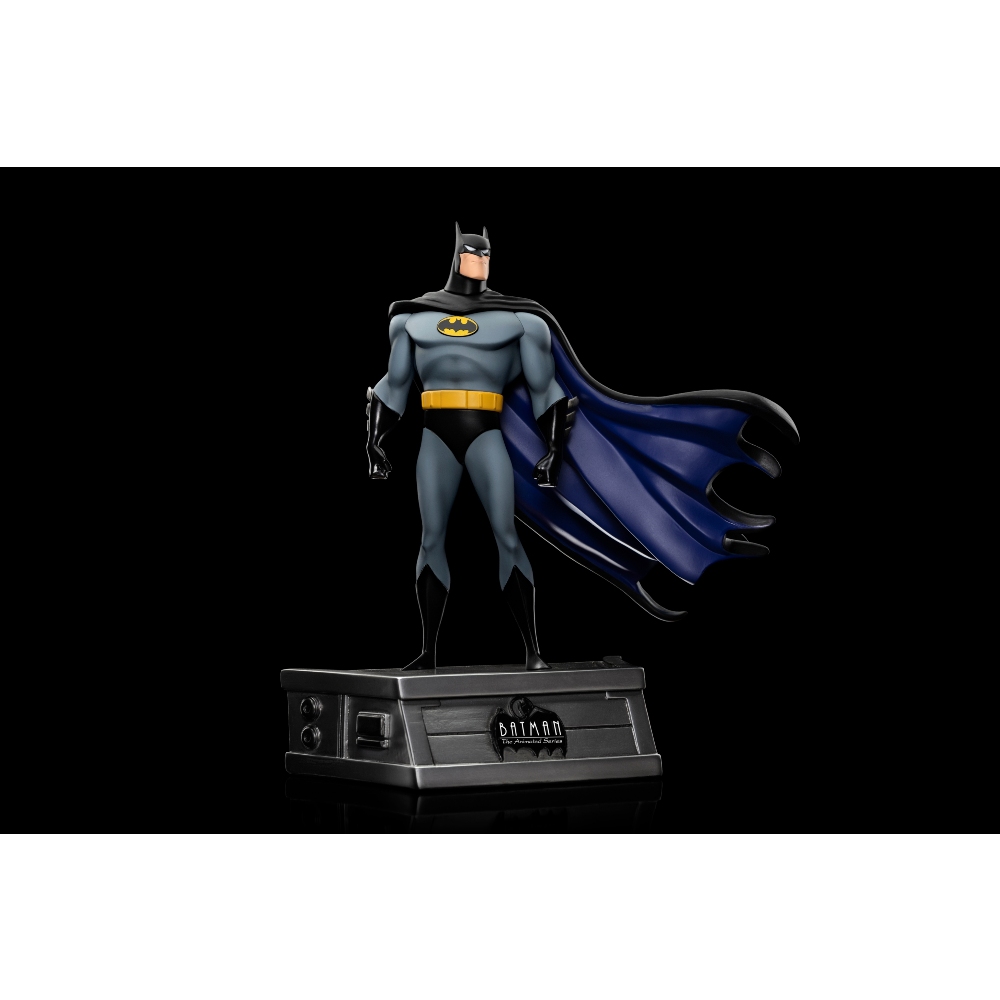 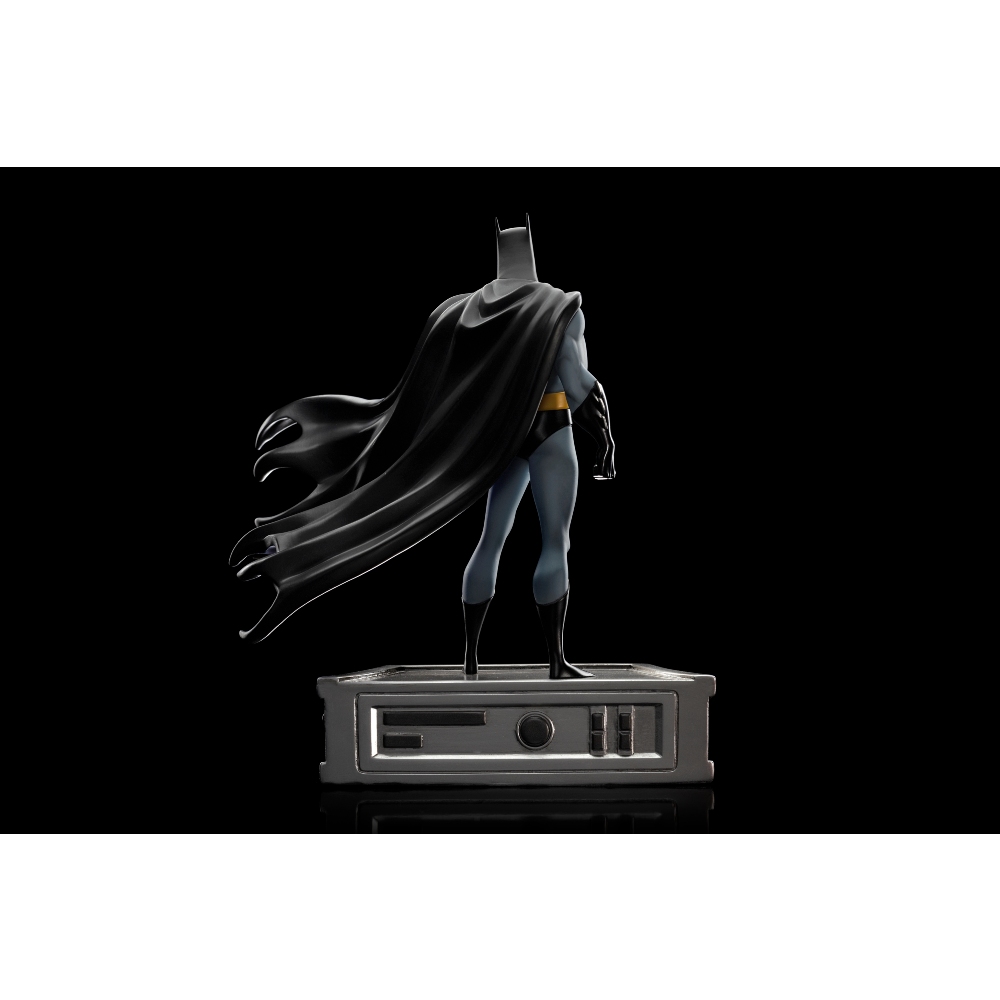 With his long black cape with blue lining waving in the wind of the gloomy Gotham City, the flash of lightning reveals his image in a shadow silhouette on the top of a skyscraper. Noble and imposing, the hooded crusader with his clenched fists gets ready for action. He is the world’s greatest detective, and despite his tragic past, he overcame every obstacle so that he could dedicate his entire life to eradicating crime in his city. Inspired by the acclaimed animated series developed by Bruce Timm and Paul Dini, Iron Studios proudly presents the statue “Batman – Batman The Animated Series – Art Scale 1/10”, celebrating 30 years of success of the series that is considered by many the best Dark Knight’s adaptation for other media.

Produced by Warner Bros. Animation between 1992 and 1995, Batman: The Animated Series is widely praised and commended by its noir aesthetics and thematic complexity, its success led it to win four Emmy awards, including Outstanding Animated Series. Created by Bob Kane and Bill Finger in 1939, after witnessing his parents’ murder as a child, Bruce Wayne traveled the world, training martial arts with master Yoru Sensei, escapology with the magician Zatara and much more, seeking his physical and intellectual perfection. As an adult, during the day he is CEO of Wayne Enterprises and keeps the public image of a millionaire playboy, however, at night, using a suit inspired in a bat’s image to incite fear on the criminals, he patrols the streets of Gotham, using nothing more than his training, technology, intelligence, and his relentless willpower to fulfill his promise of fighting crime.

With 85 episodes, the series’ success defined Bruce Timm’s animation style in the next DC series, both for Batman and other DC Comics icons like Superman and the Justice League. Over a stylized pedestal with the distinct series logo decorating the front, this statue is unmissable for any fan and collector of Batman, and it’s already available for Pre-Order.  Revealed on the monthly show Inside Iron Studios Day on YouTube, the statue can compose a diorama set next to the statue “Batmobile – Batman The Animated Series – Art Scale 1/10”, available for Pre-Order. Check out also the statues “Joker – Batman The Animated Series – Art Scale 1/10” and “Harley Quinn – Batman The Animated Series – Art Scale 1/10” with pedestals that can be connected, both also already available for Pre-Order and are part of an Iron Studios’ collection that celebrates three decades of this established animation! Soon animated more news from the Batman universe by Iron Studios.