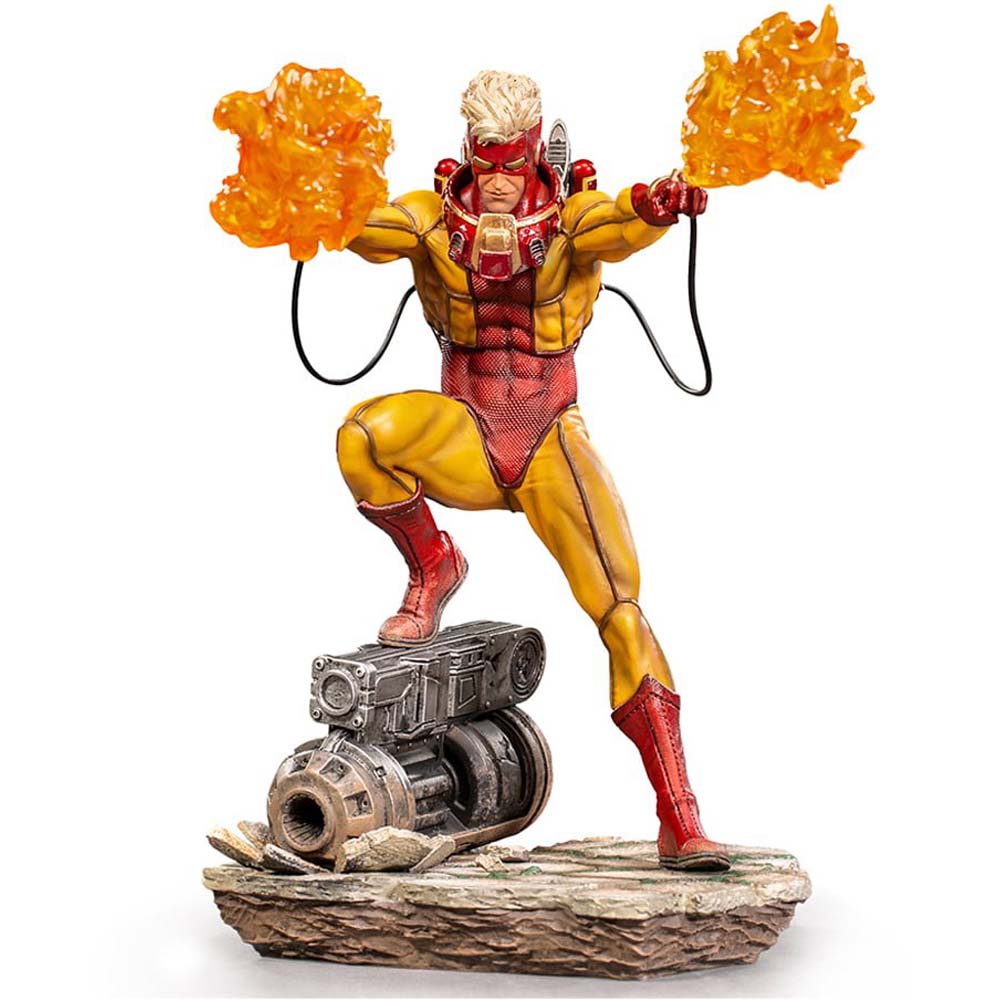 In a scene of devastation and fire, he is one of the few characters who feels comfortable. Iron Studios presents one more figure part of its grand X-Men vs. Diorama. the Sentinel robots under Magneto\’s control, \”Pyro BDS Art Scale 1/10 – Marvel Comics\” features the Australian fire-manipulating mutant, antagonist of the X-Men and a member of the Brotherhood of Mutants, firing flames from his fists and ready to take on his control. St. John Allerdyce, better known as Pyro, has the power to control the fire psionically, it can increase, decrease the heat, intensity and size, and even shape the fire in the form of animated semi-solid constructs. He can manipulate fire, but not create it, so he uses a flamethrower on his back to deliver the precise flames fired from his fists. Although raised as a villain by the masterful duo John Byrne and Chris Claremont, who revitalized the X-Men in the 1980s, Pyro has already become an agent of the U.S. government in exchange for total forgiveness, a member of the team known as the Freedom Force.