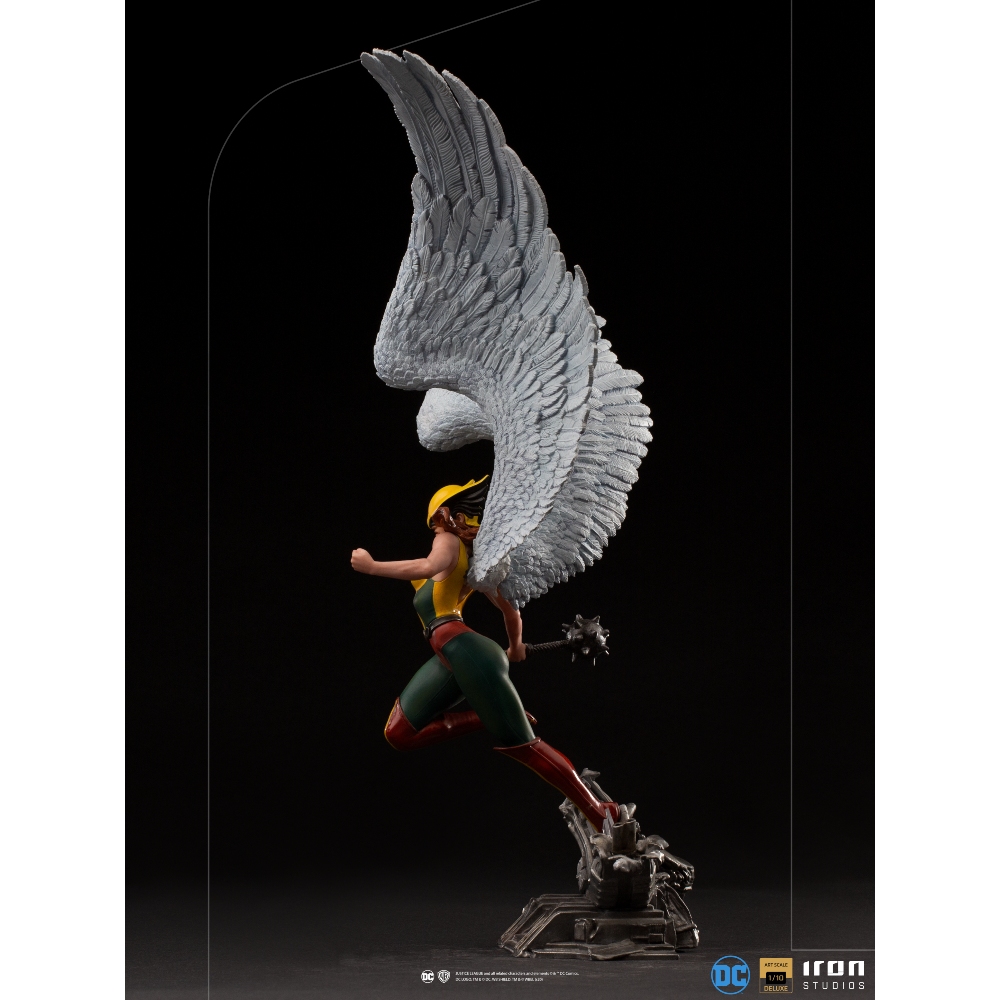 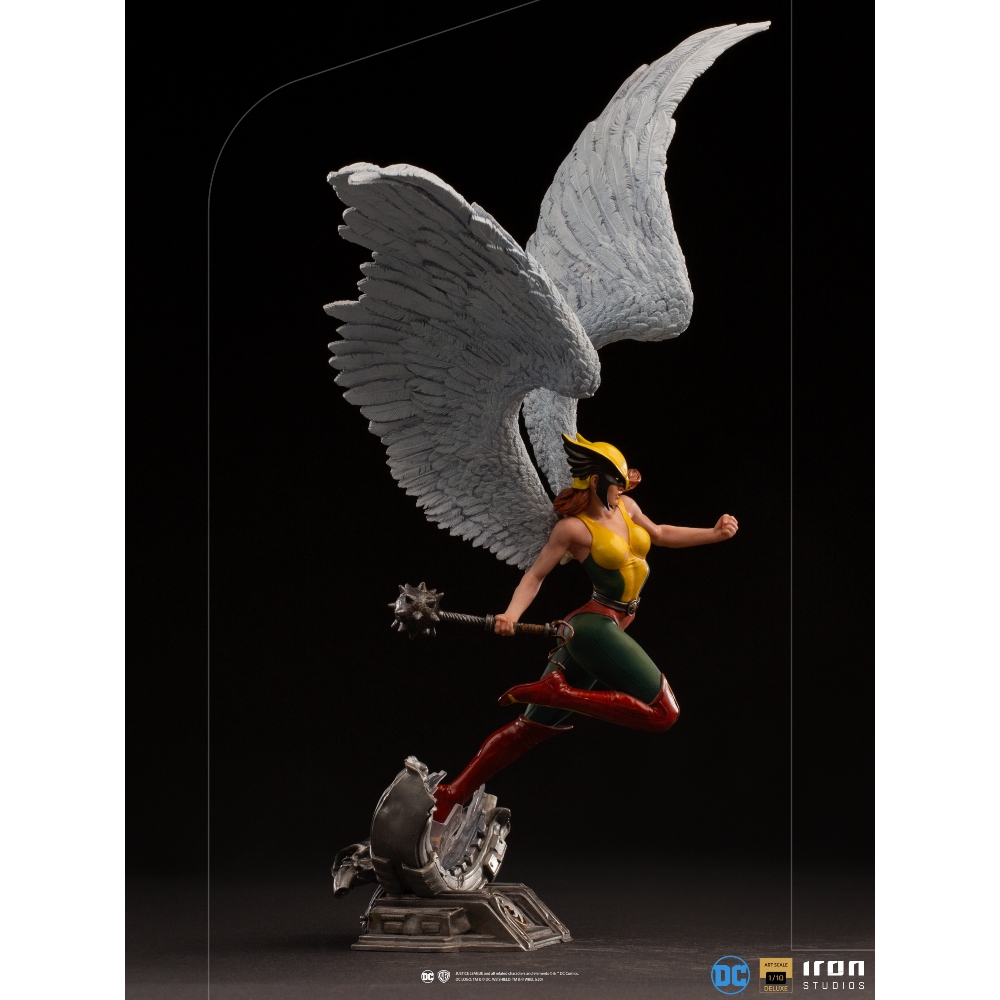 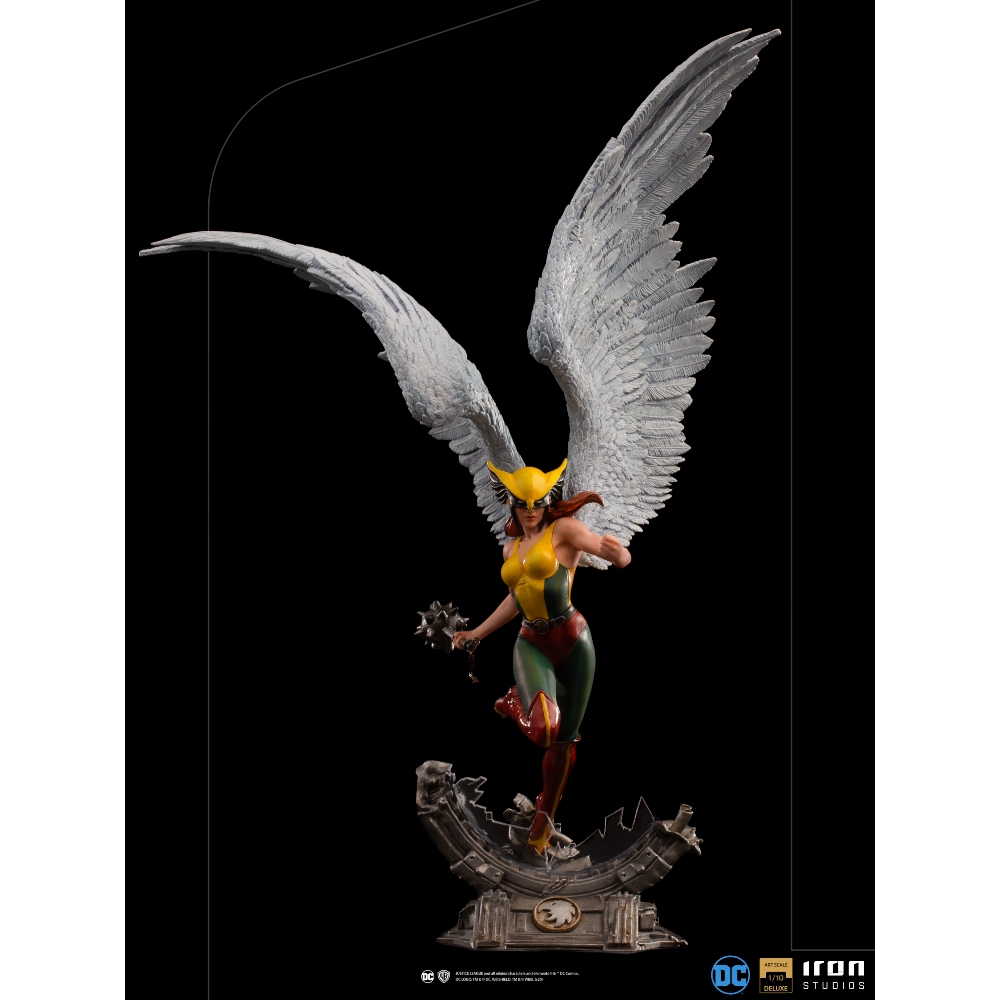 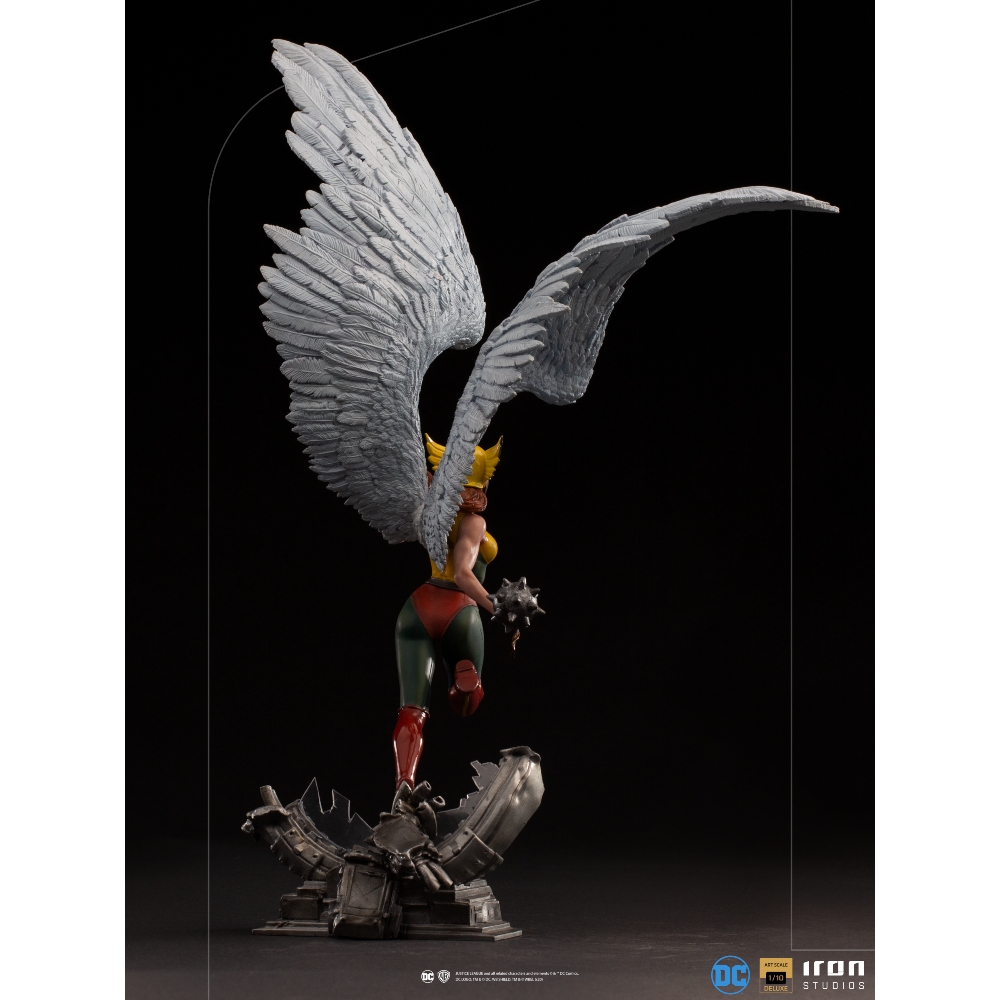 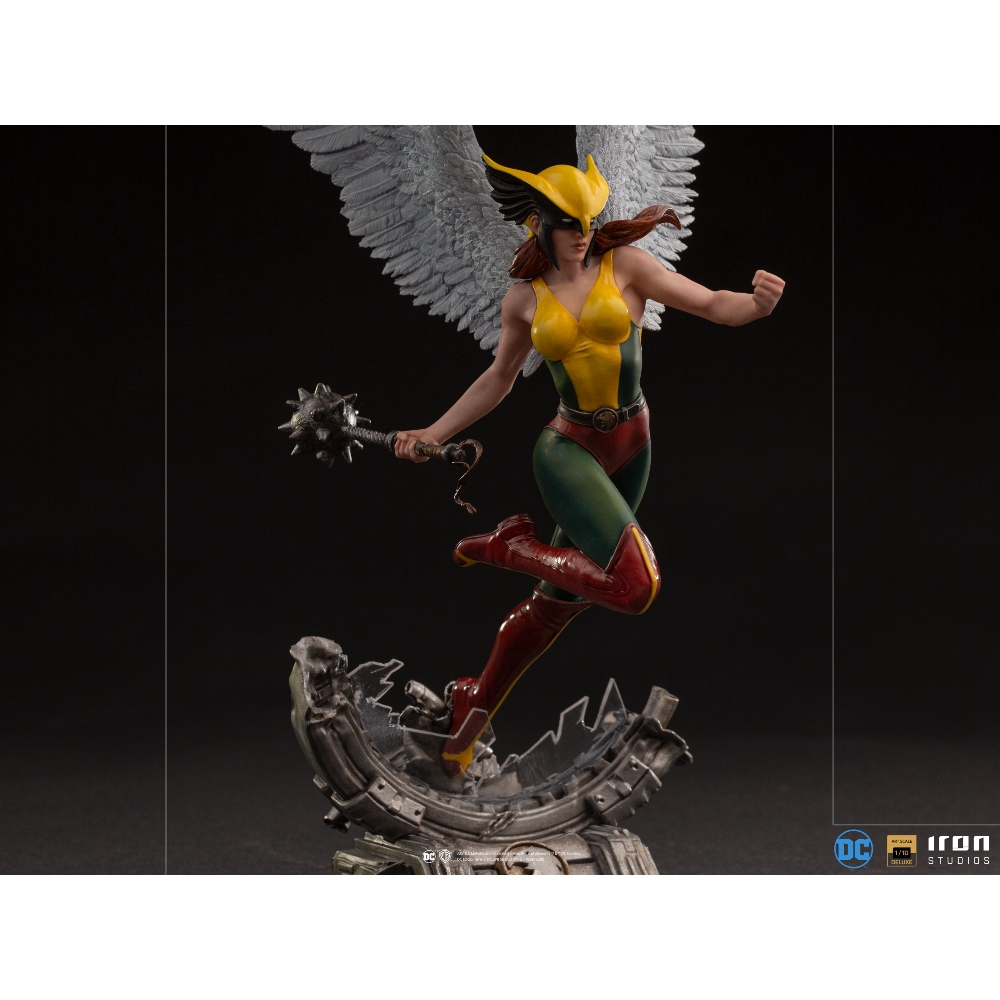 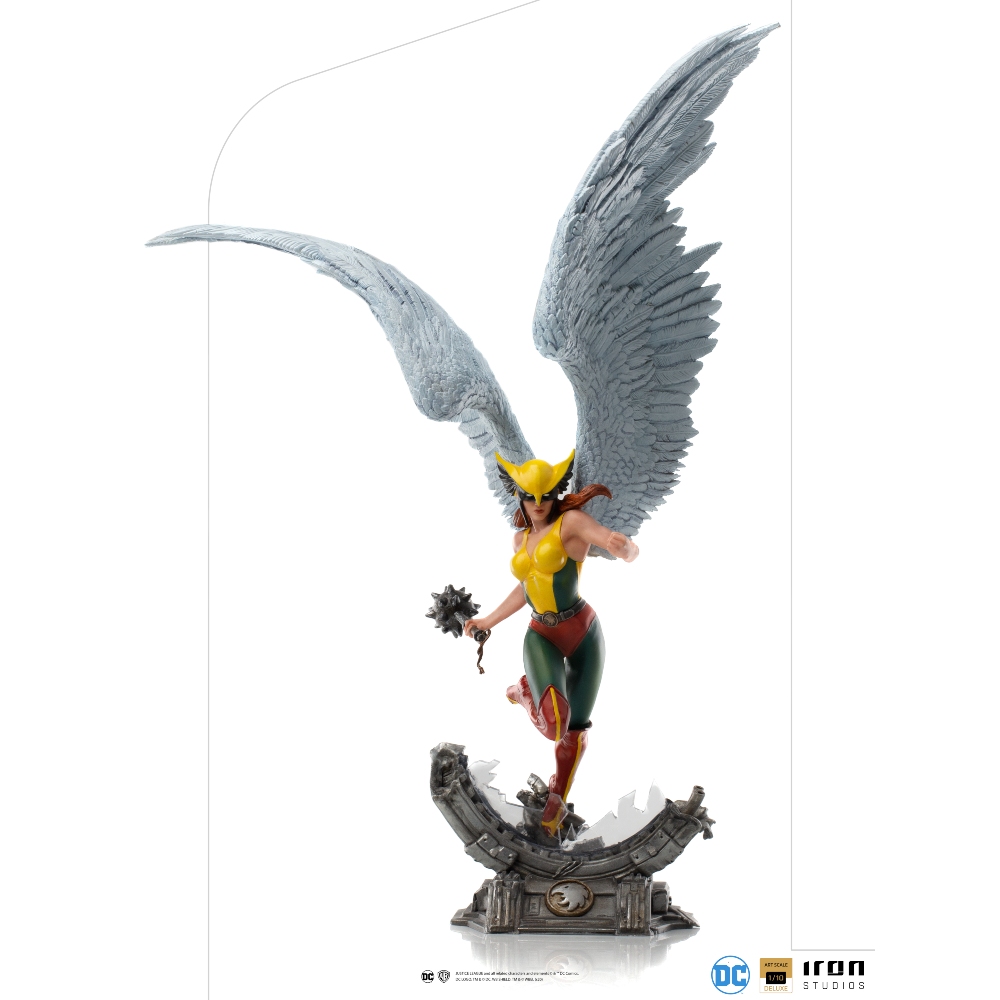 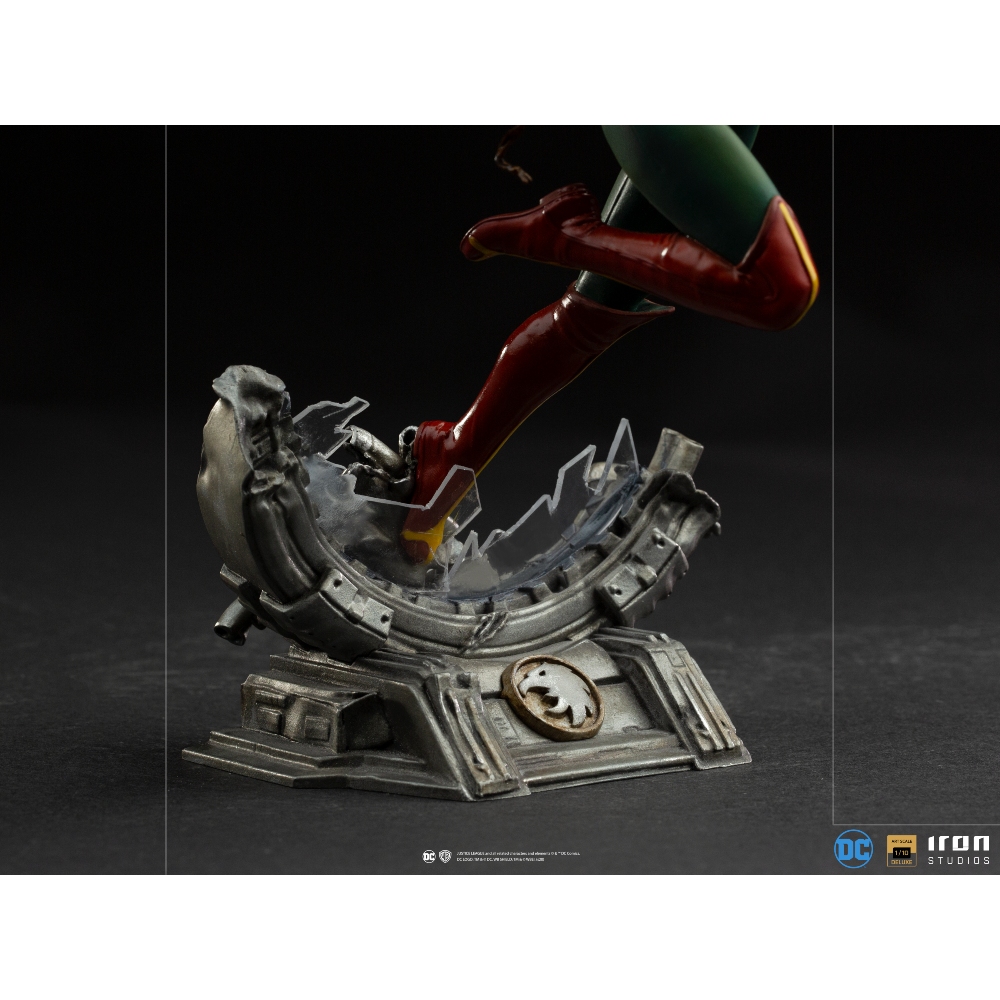 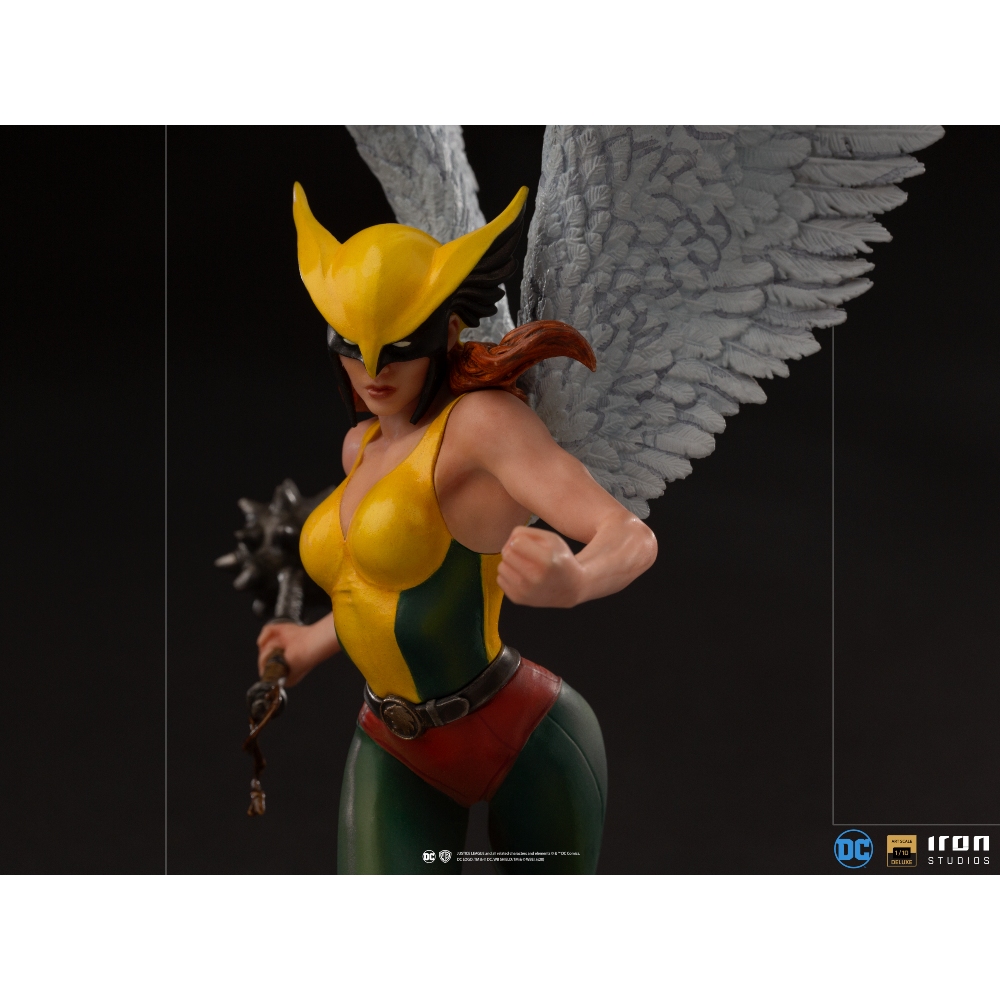 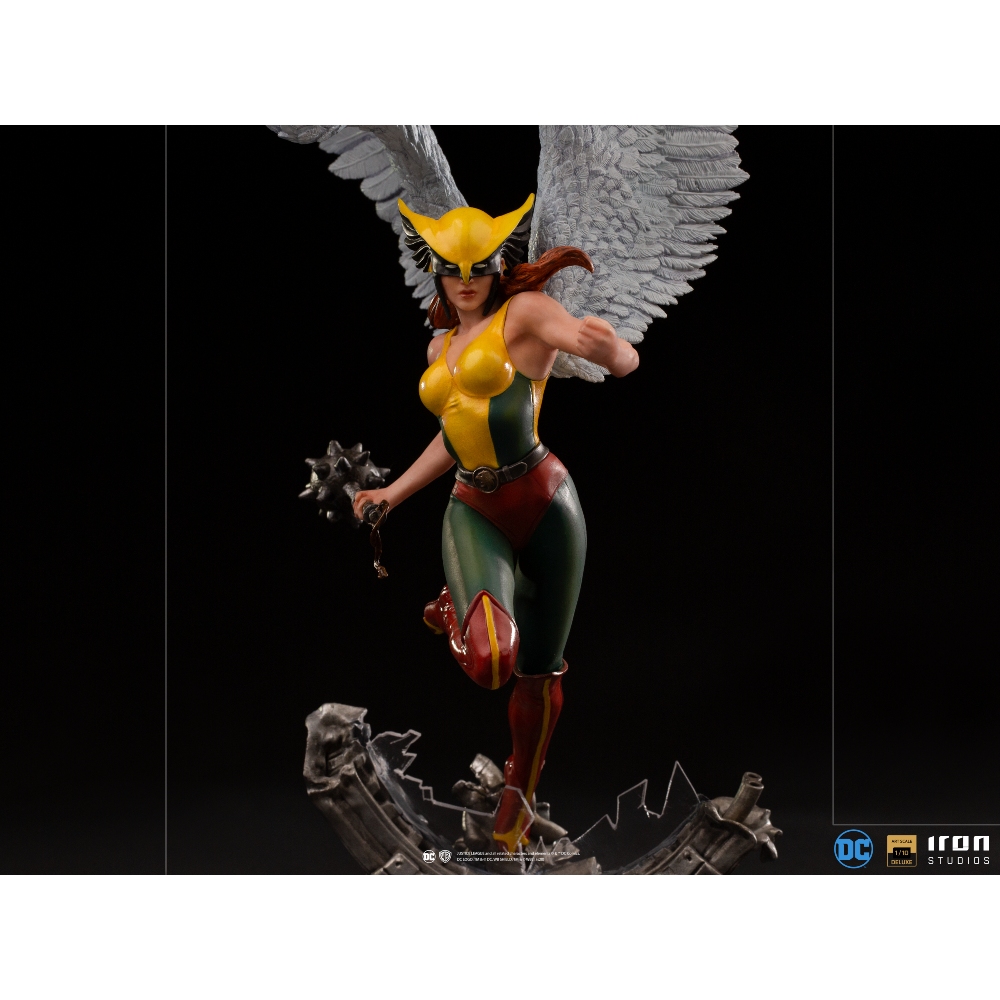 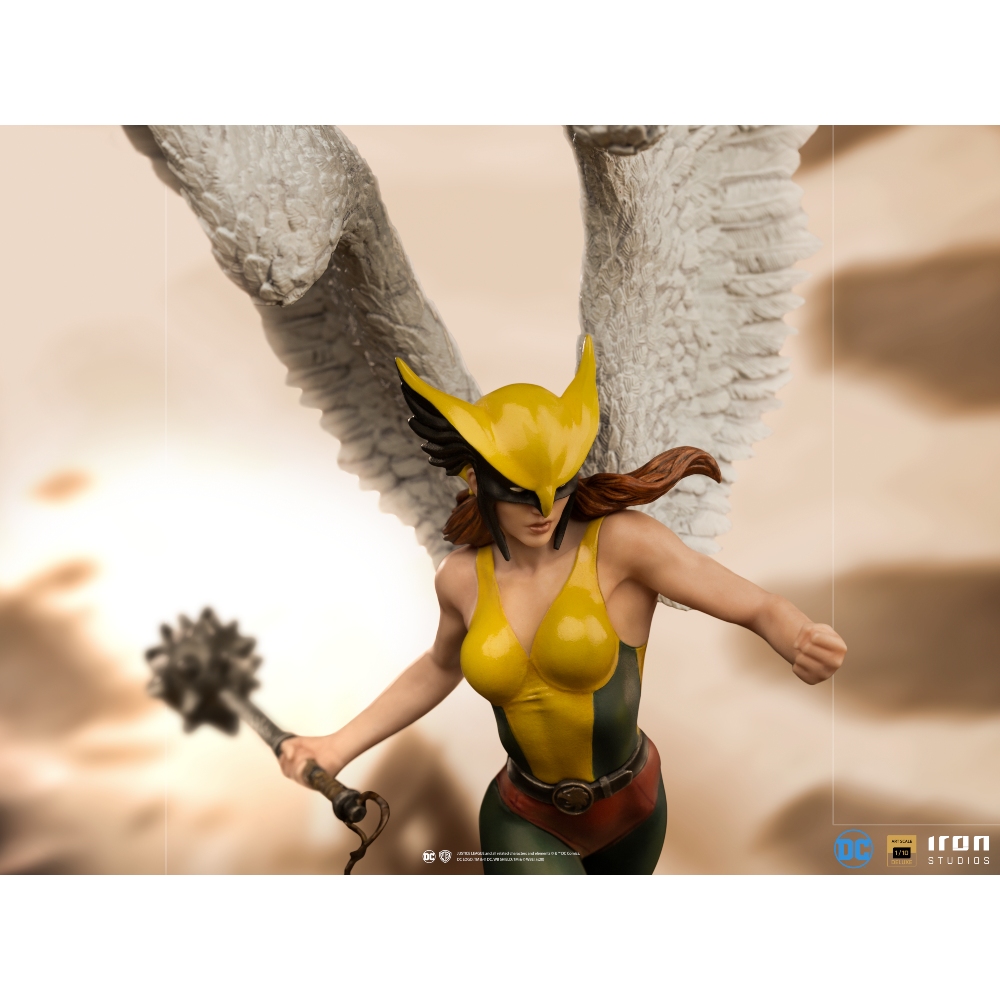 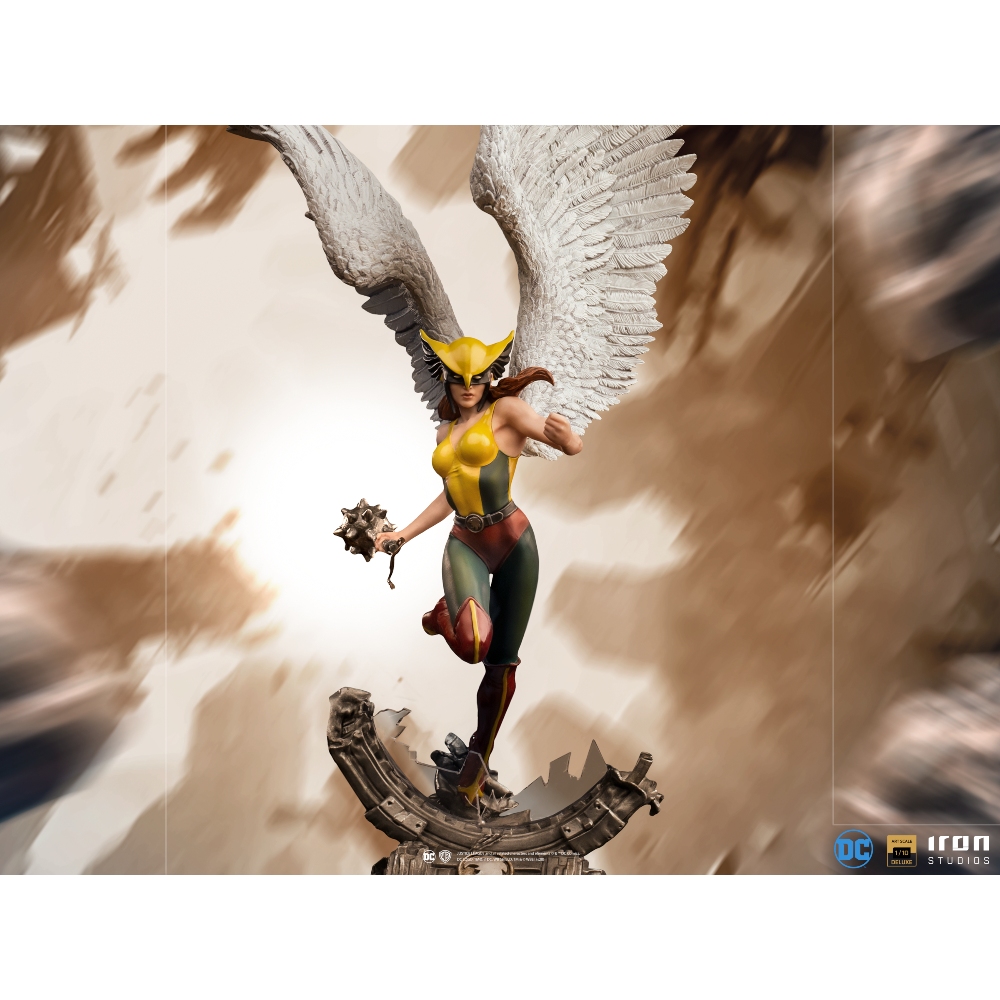 The furious figure of the winged warrior takes flight over technological metallic debris, as if she was breaking through a spaceship window, the imposing heroine advances with her mace, made of the umpteenth mystical metal capable of affecting magical creatures in her right hand, and with the left fist clenched and with its wings spread, ready for combat. On a base with it’s hawk logo on the front, Iron Studios adds in it’s collection the \”Statue Hawkgirl Deluxe – DC Comics – Art Scale 1/10 – Iron Studios\” with the charismatic heroine of the Justice League.

Hawkgirl was created by Gardner Fox and Dennis Neville, first appearing in Flash Comics # 1 in 1940, and has had several incarnations throughout history in the DC universe, but it’s most popular version is Shayera Hol, a member of the Winged Guardians, the police squad from the planet Thanagar, next to Katar Hol, the Black Hawk. Living on Earth as an ambassador among humans, the couple of heroes became known as the \”Winged Champions\”.

Shayera can communicate with birds, has superhuman strength, speed in flight, hand-to-hand combat skills, durability, reflexes and resistance on the battlefield, and also has, thanks to the contact with the umpteenth metal, improved hearing , regeneration factor, ability to regulate her temperature and keen eyesight, in addition to being a great observer and detective, so much so that even Batman is impressed by her analysis and expertise.