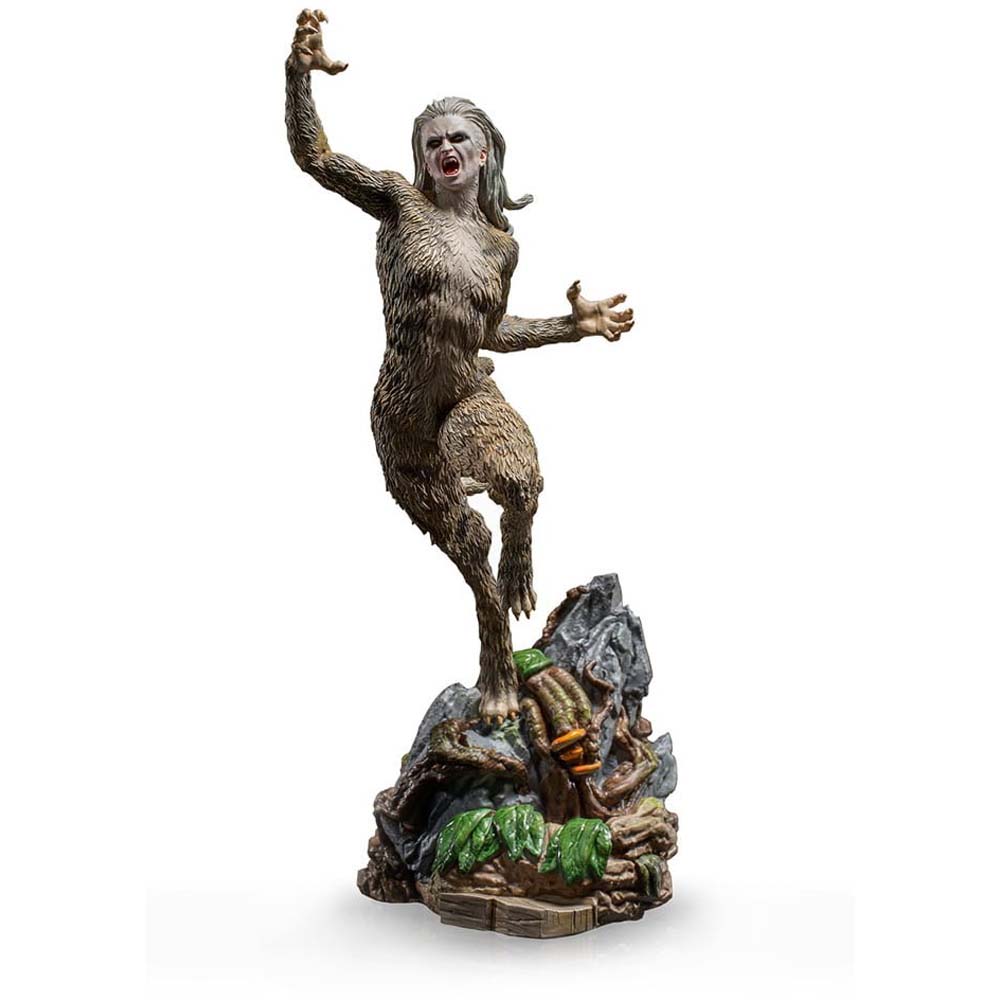 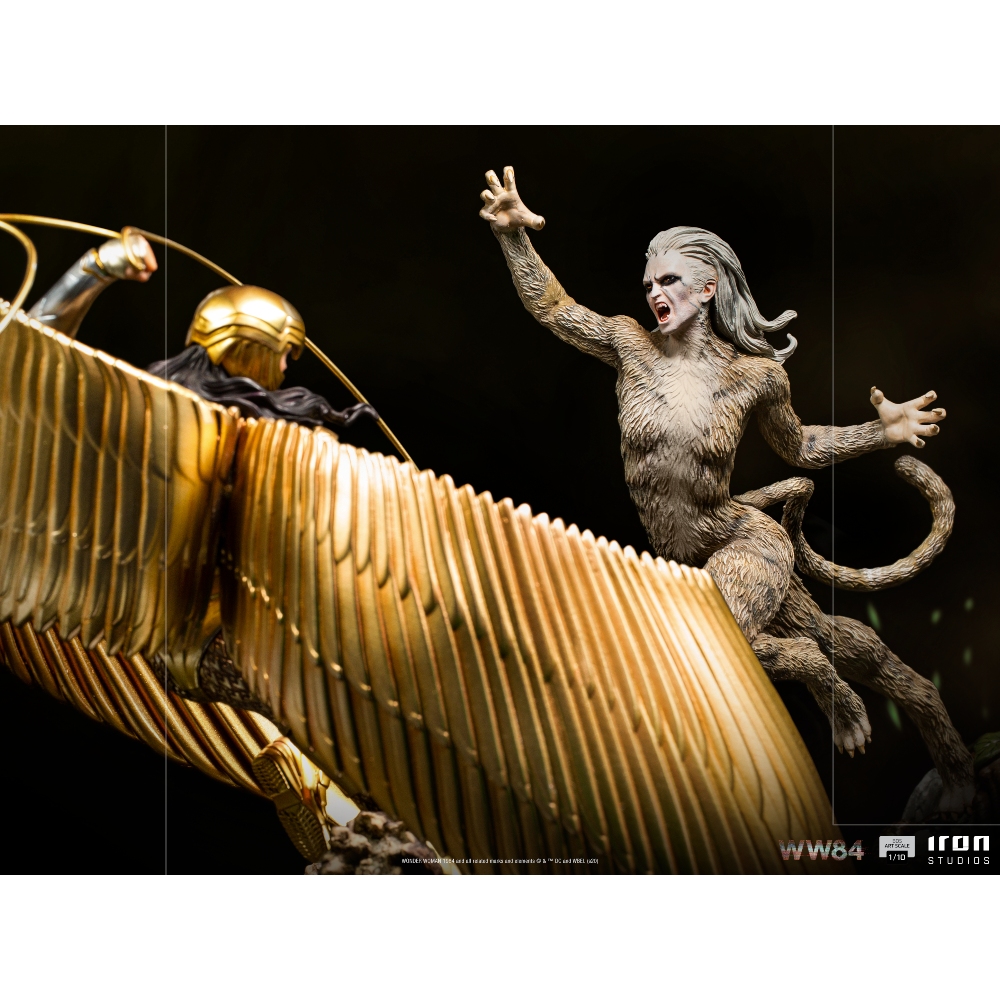 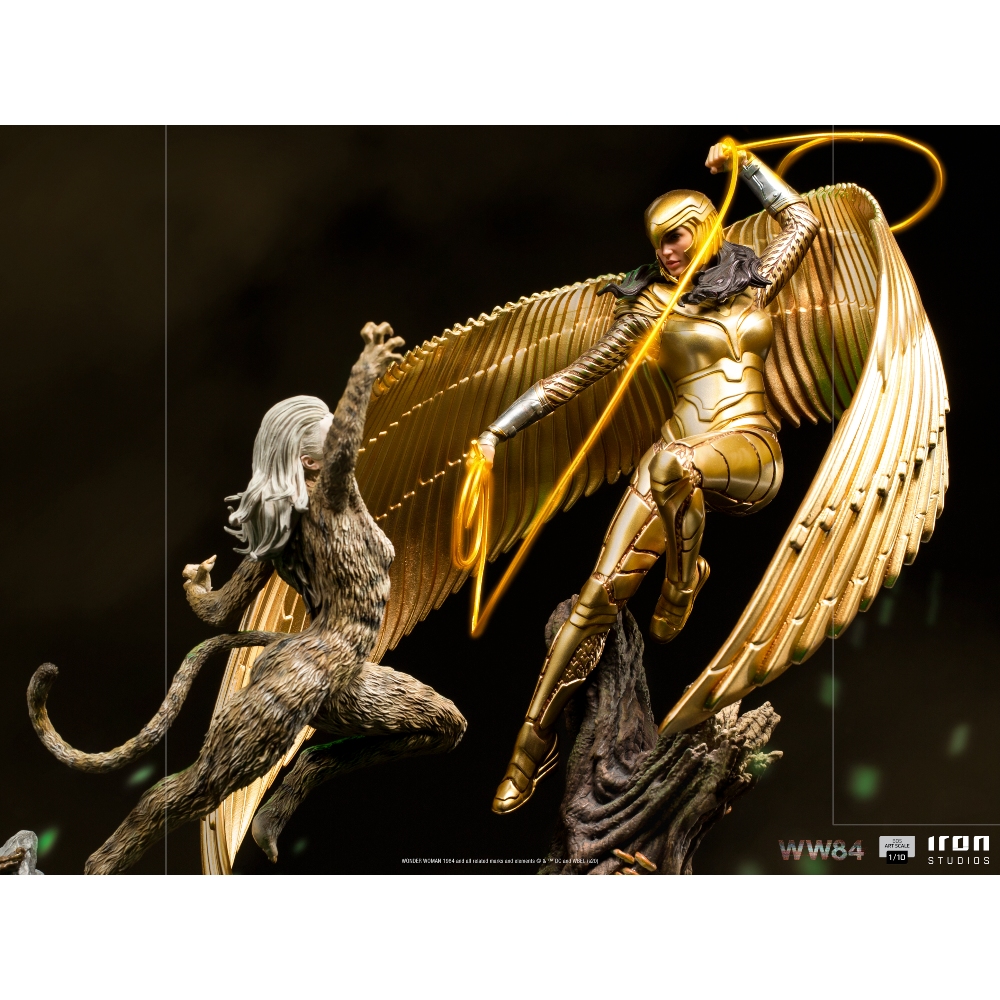 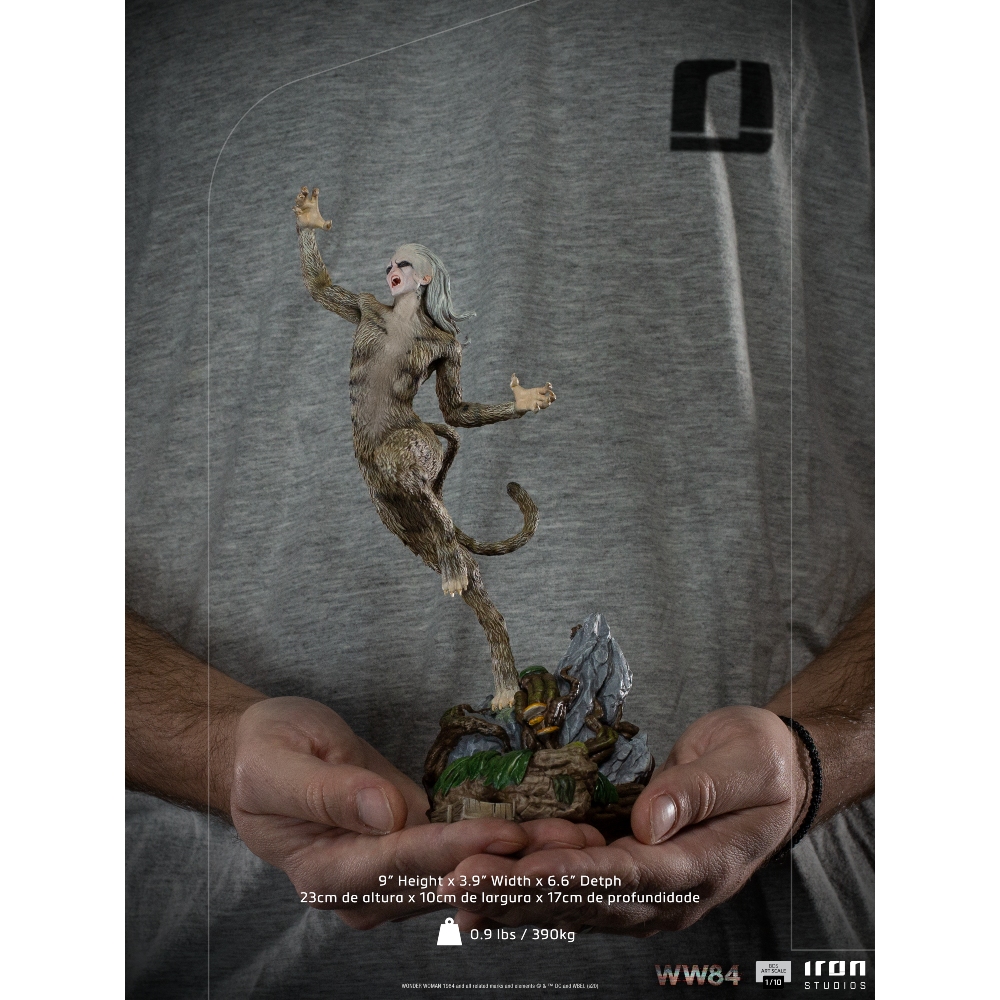 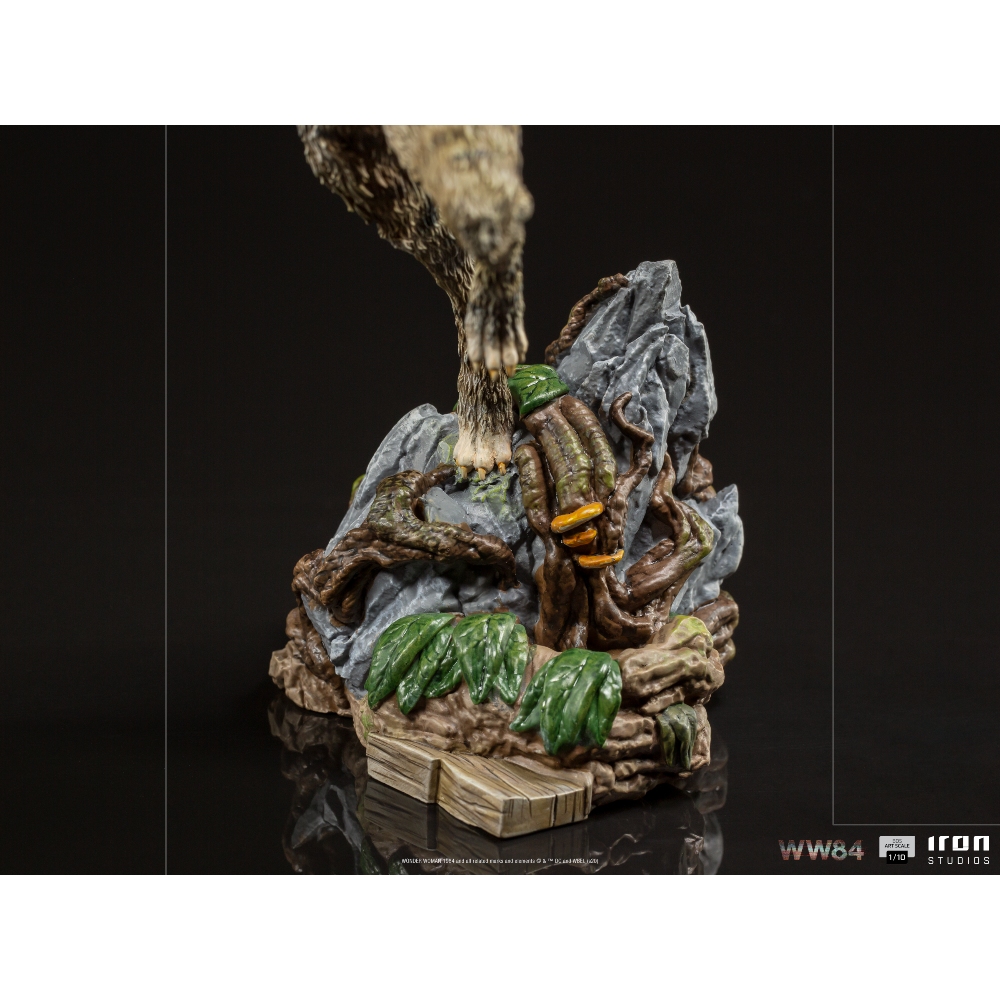 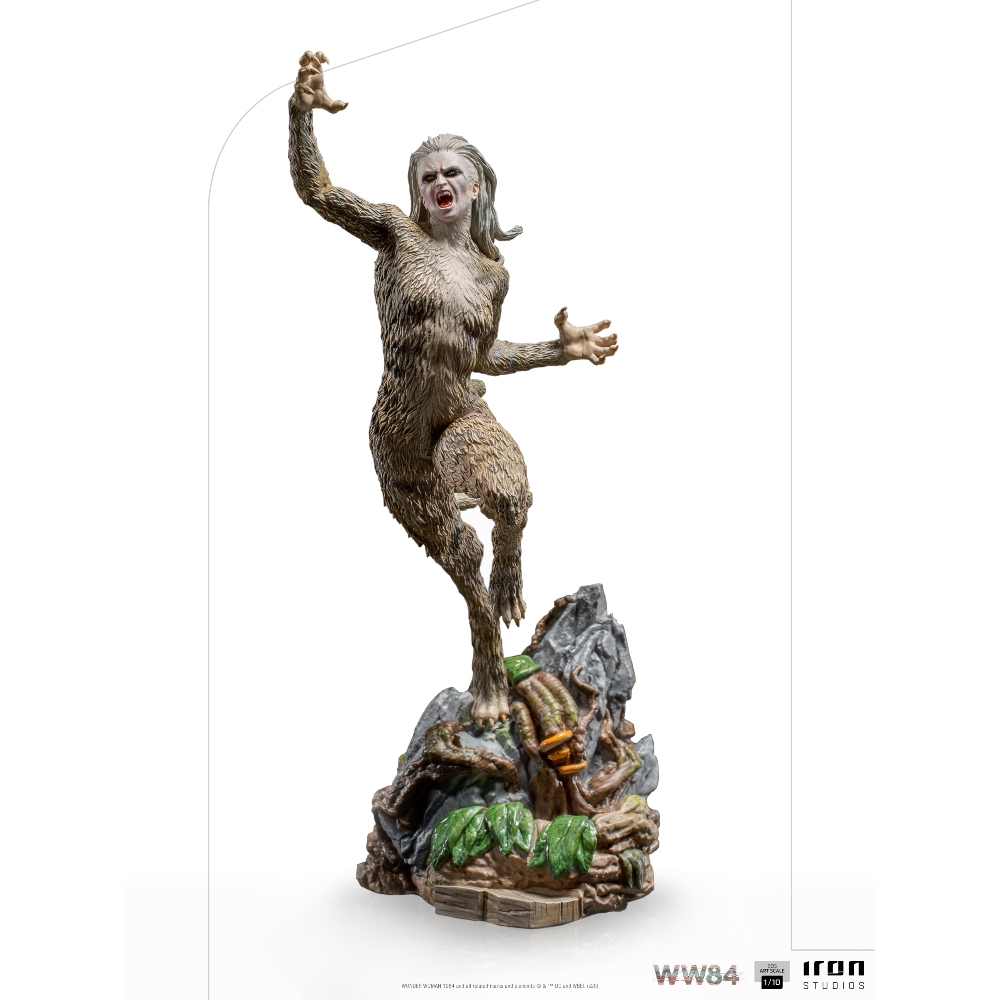 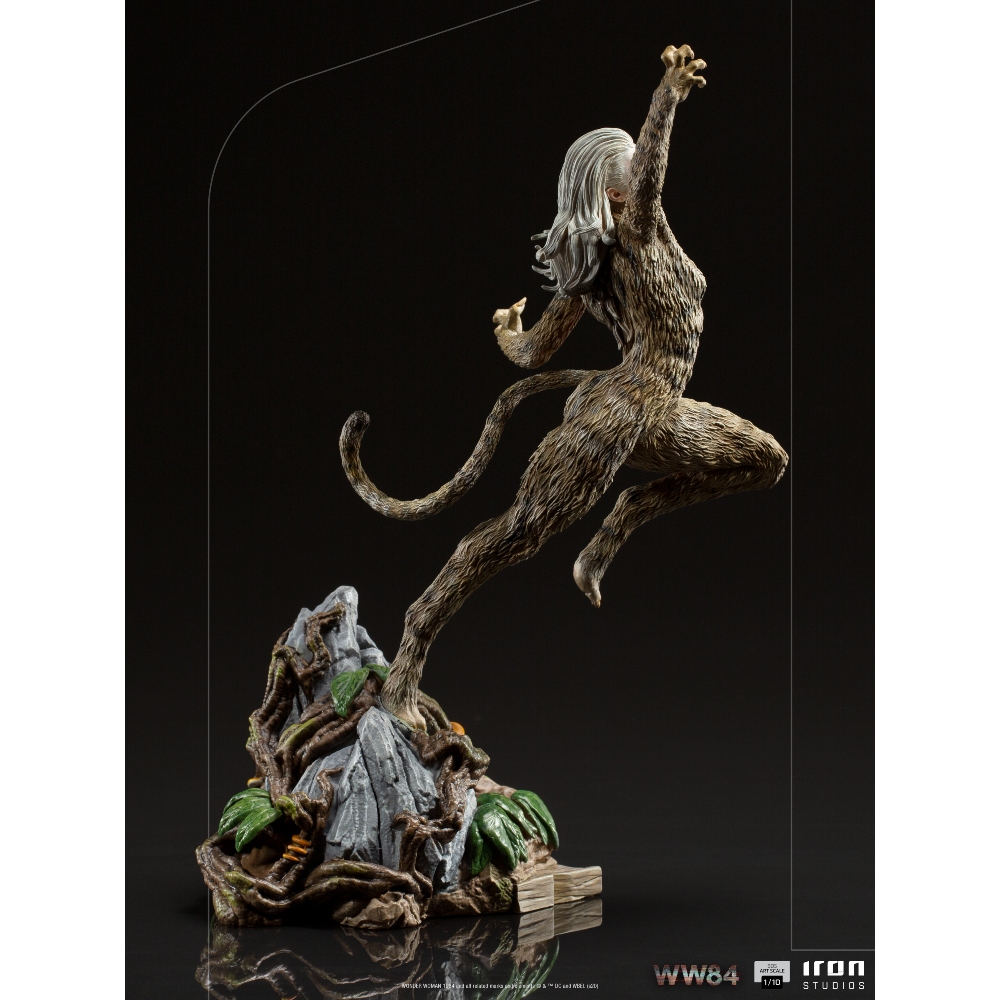 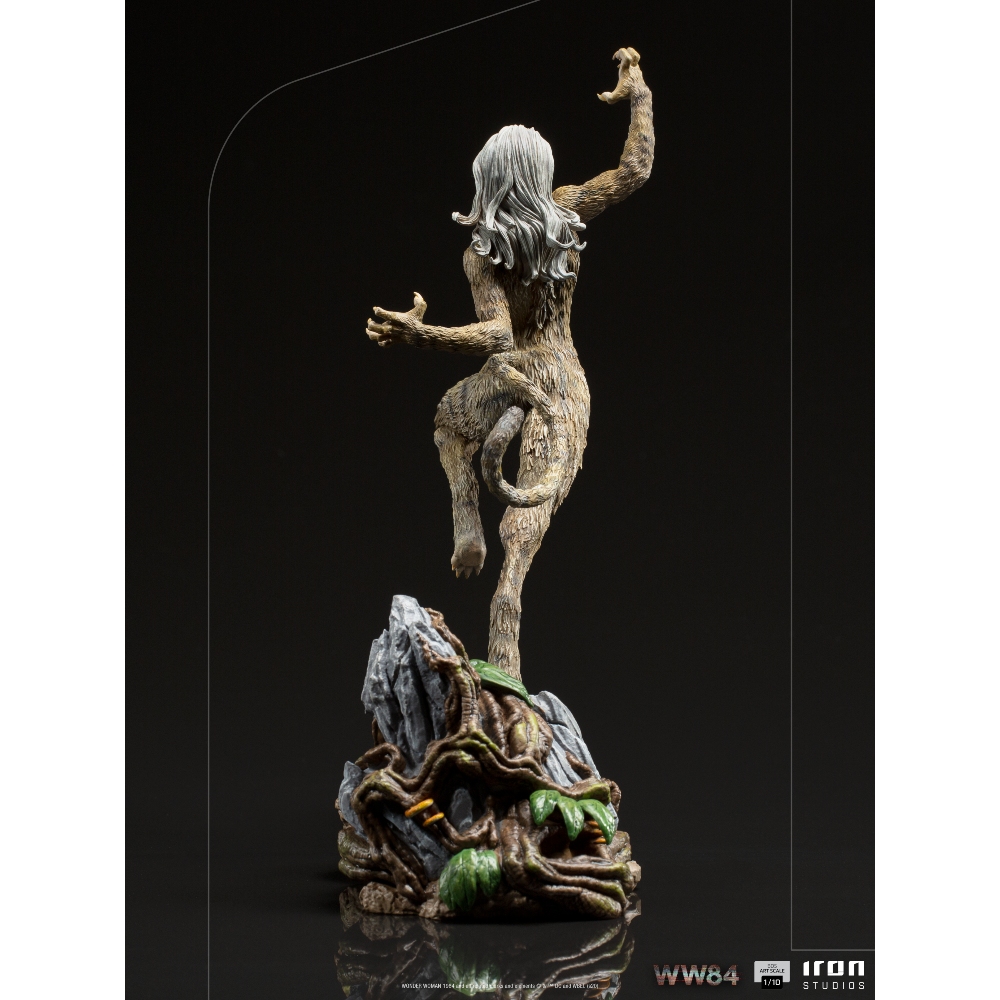 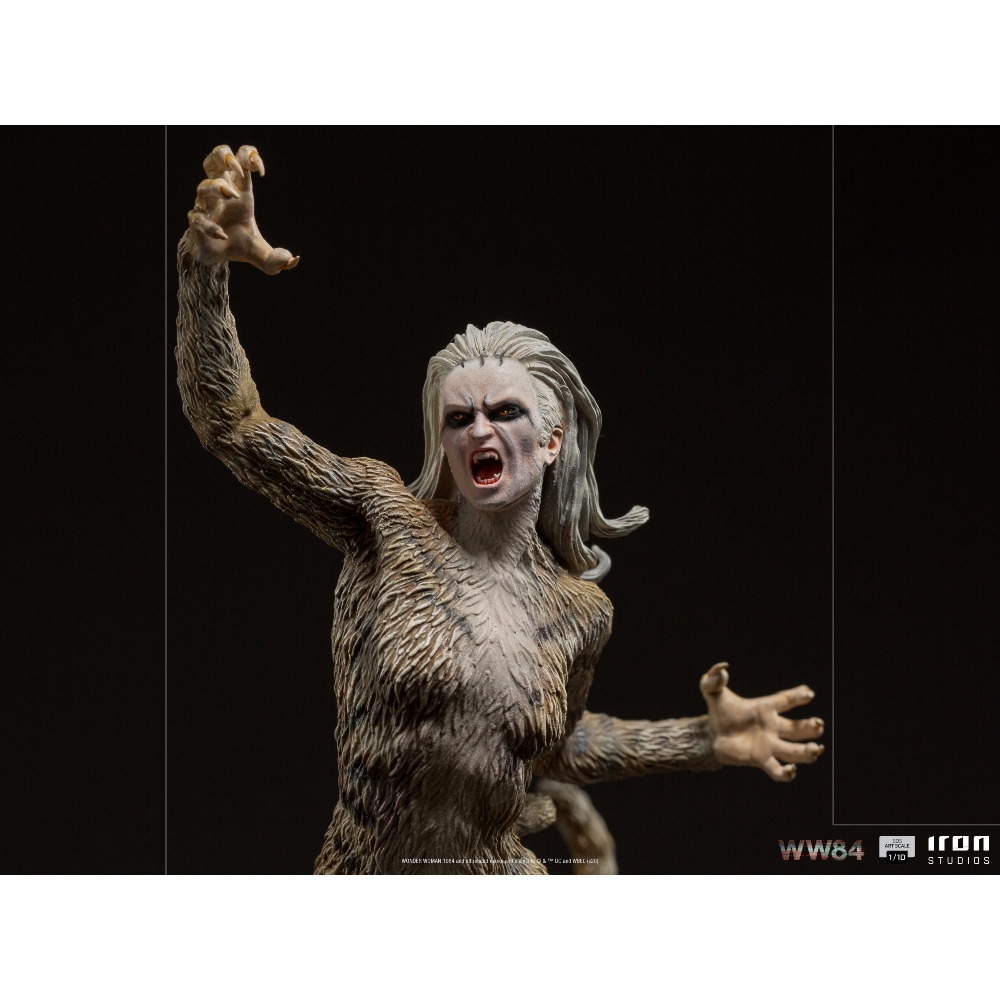 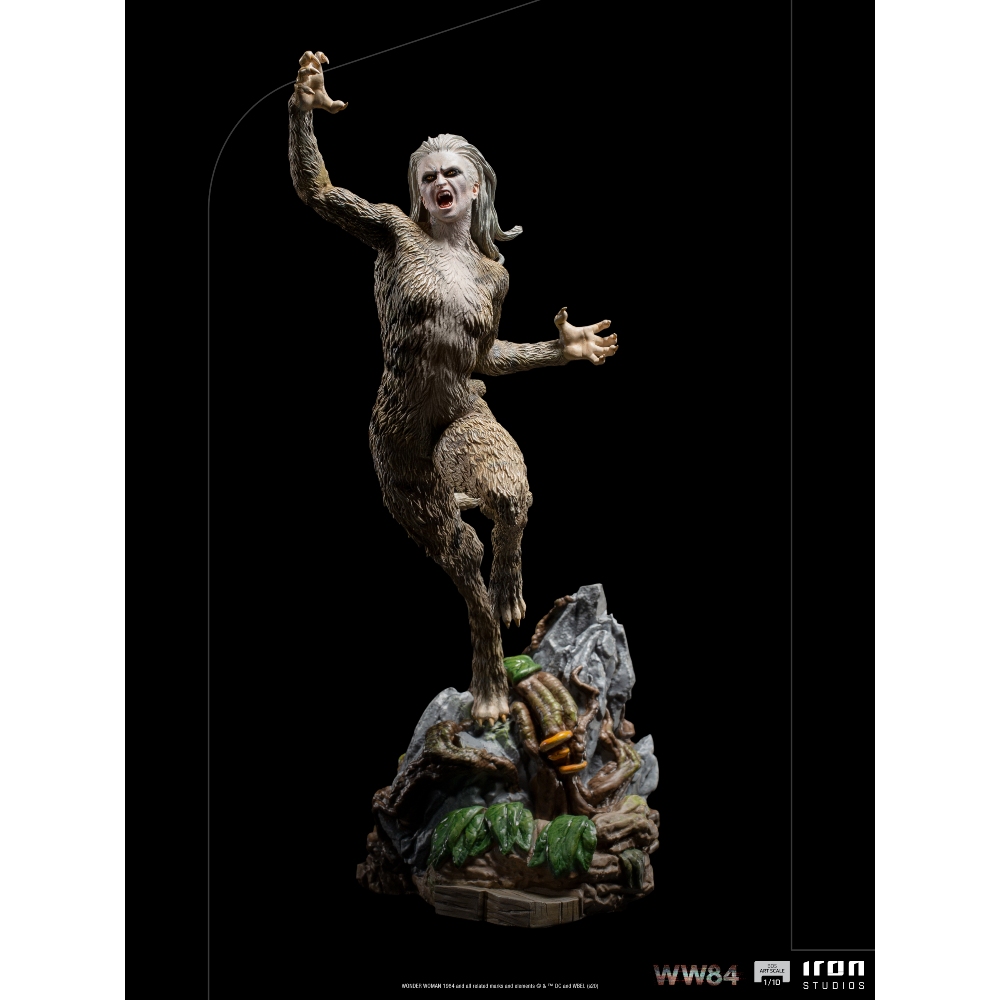 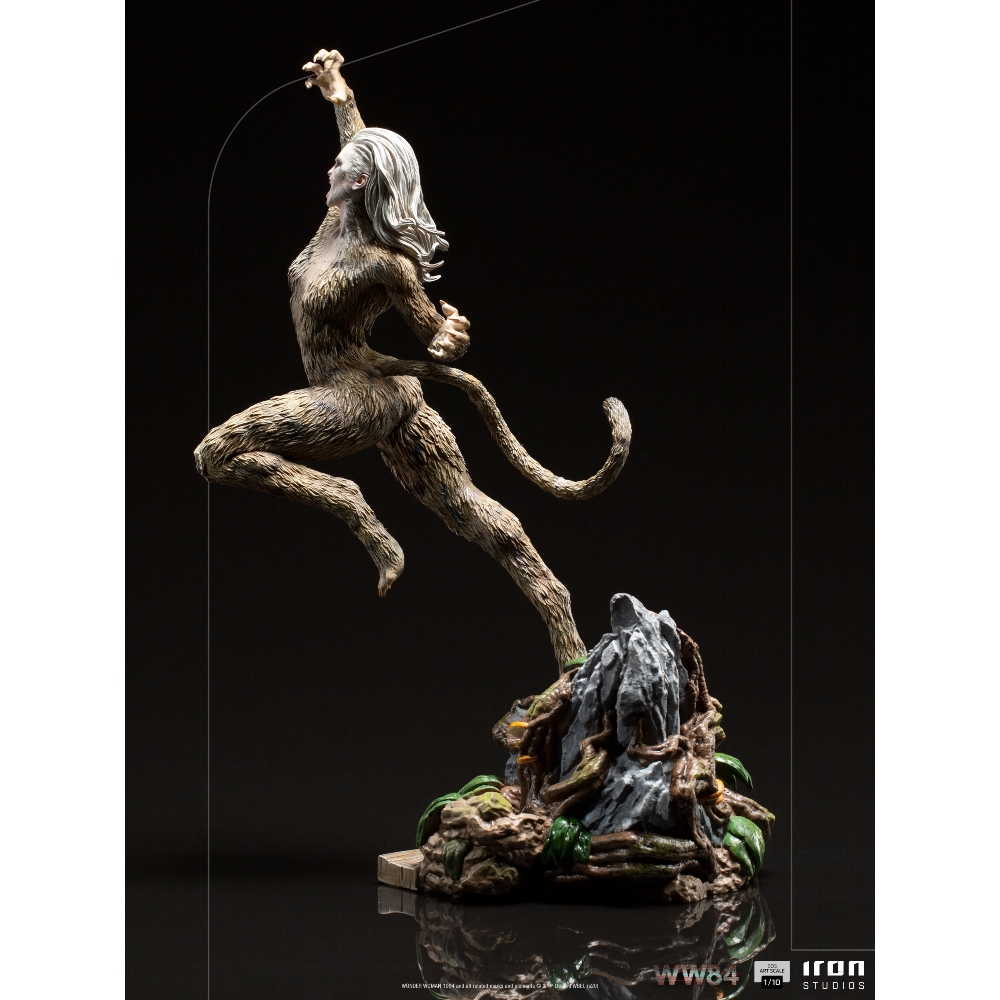 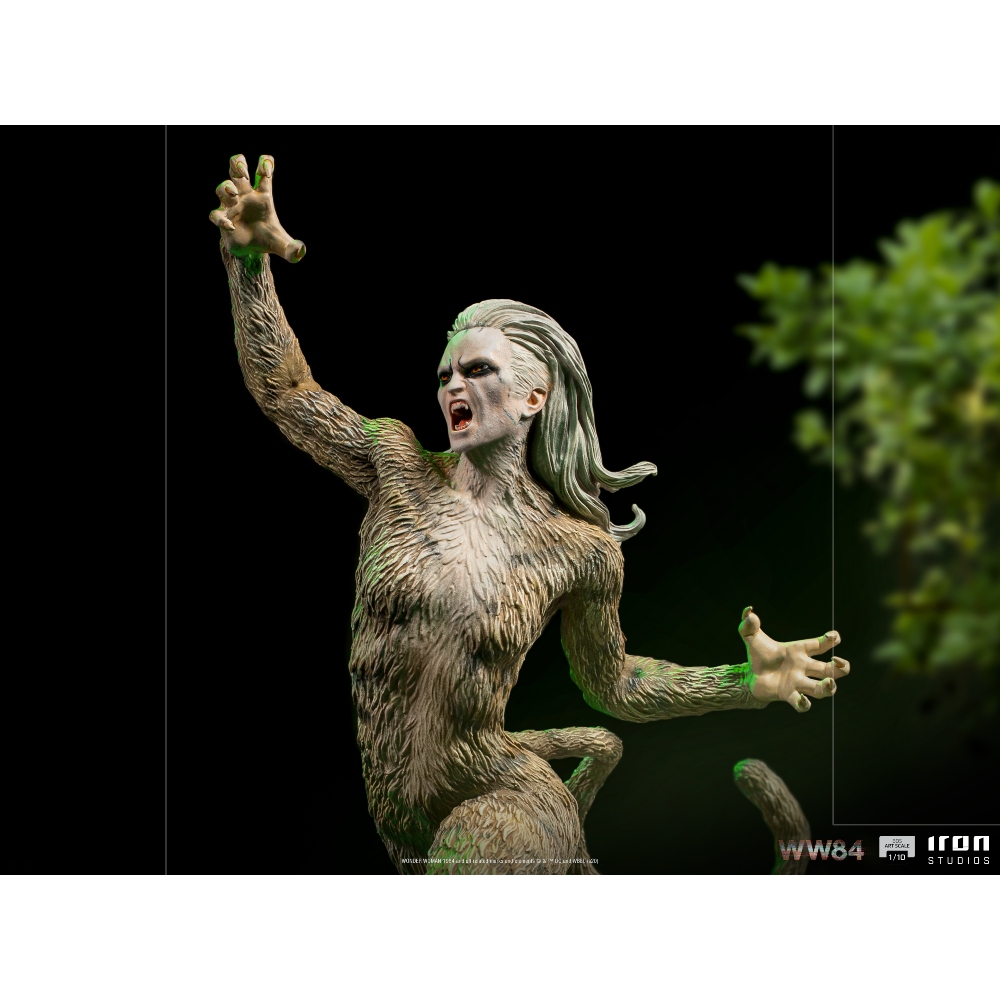 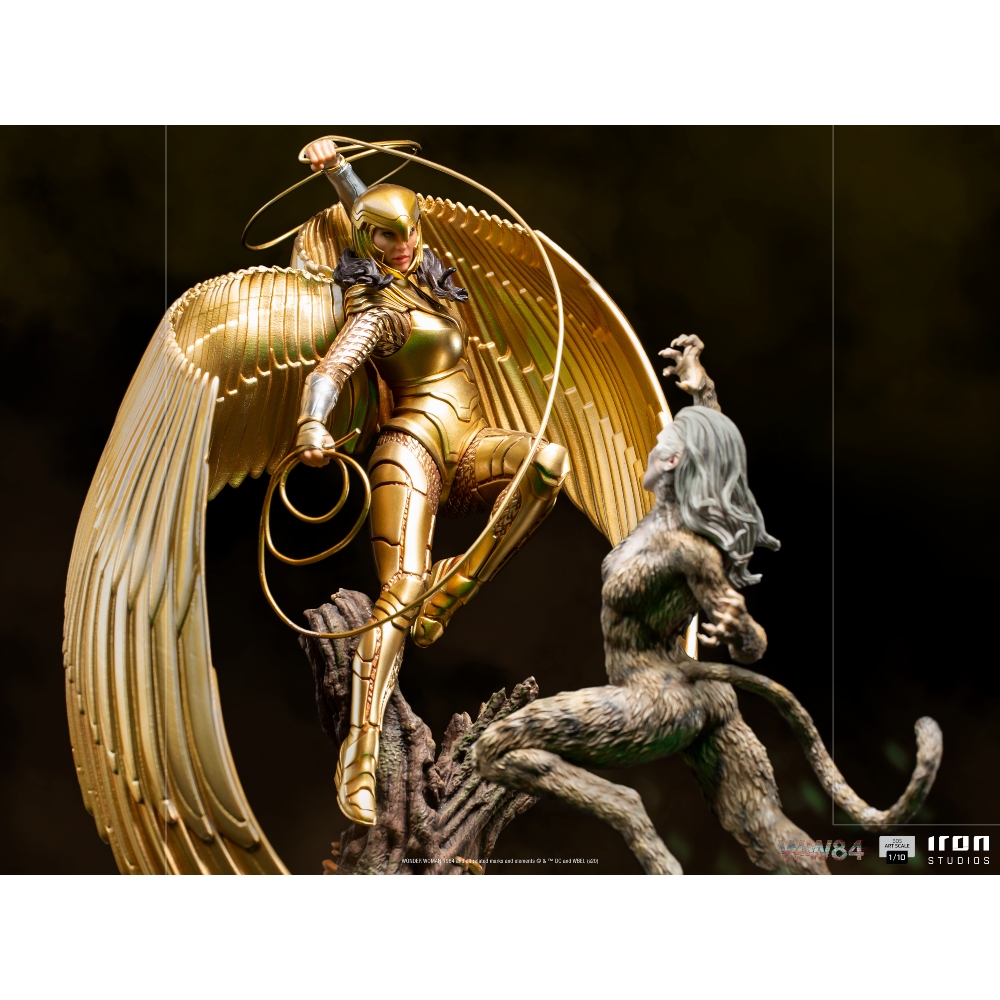 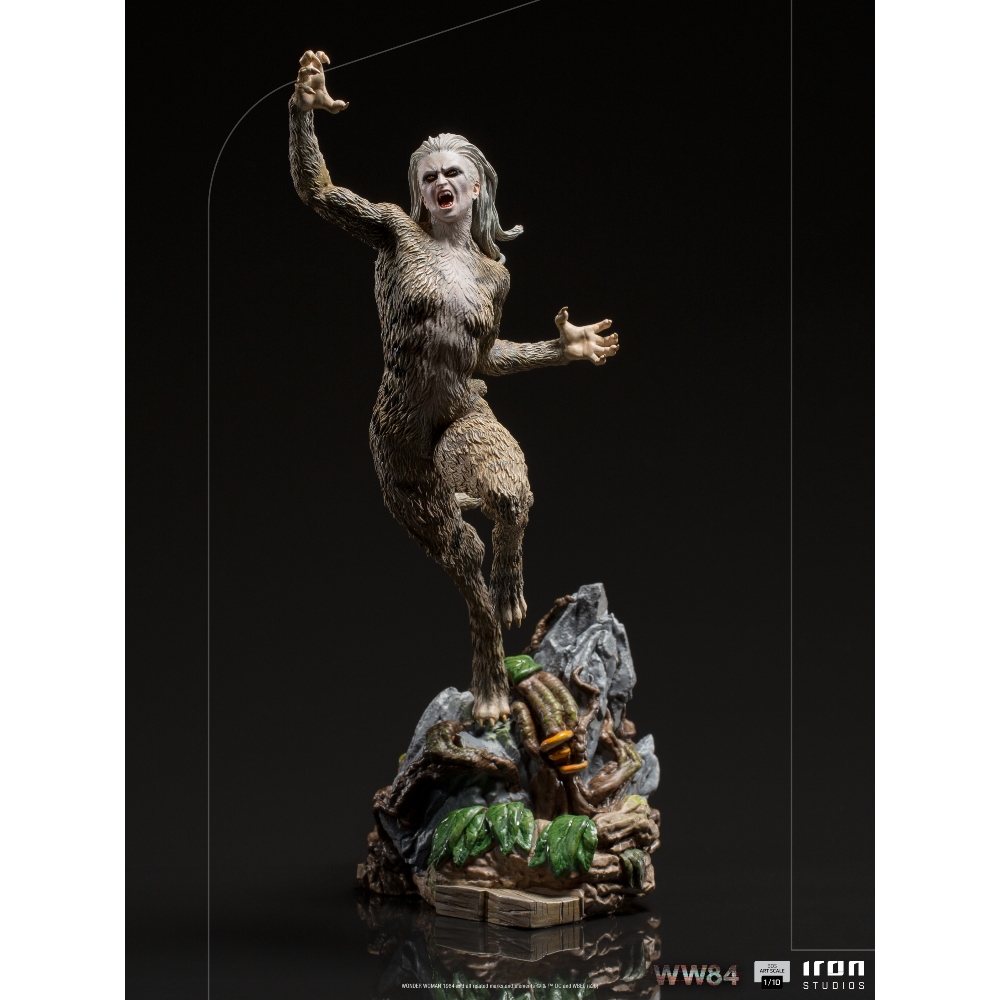 With her sharp claws, the ferocious feline villain leaps with her superhuman speed to attack her powerful amazon rival. A statue inspired by the movie version of iconic villain, antagonist of Wonder Woman in the movie Wonder Woman 84, played by actress Kristen Wiig.

Different women used Cheetah\’s identity in the comics, but the main Cheetah that comes to life in theaters is Dr. Barbara Ann Minerva, created by Len Wein and George Pérez in 1987. Barbara is an antiques expert delighted to meet Wonder Woman, which in a mystical way is possessed by the powers of the Goddess of the Hunt, transforming itself into Cheetah, a female humanoid creature with the characteristics of the fastest cat on Earth, with super strength and agile reflexes. In the comics, Cheetah is obsessed with Diana\’s bond of truth.