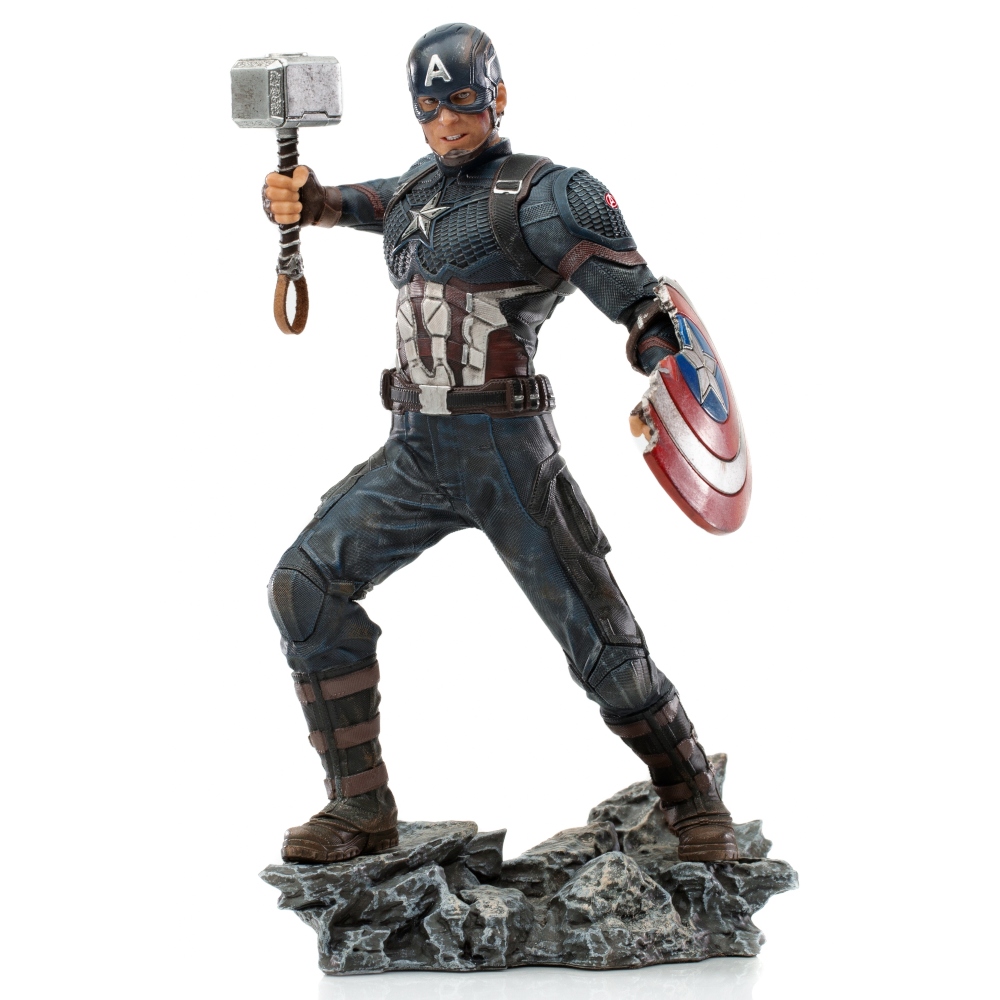 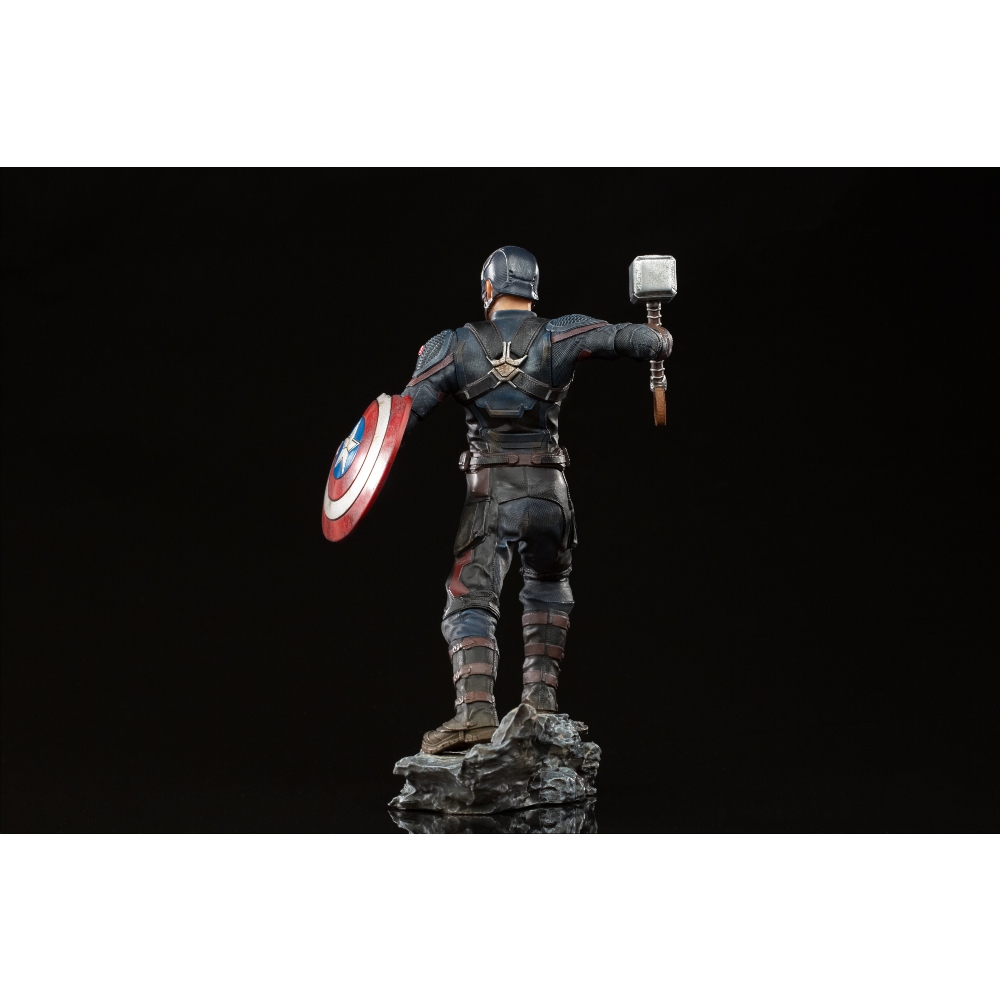 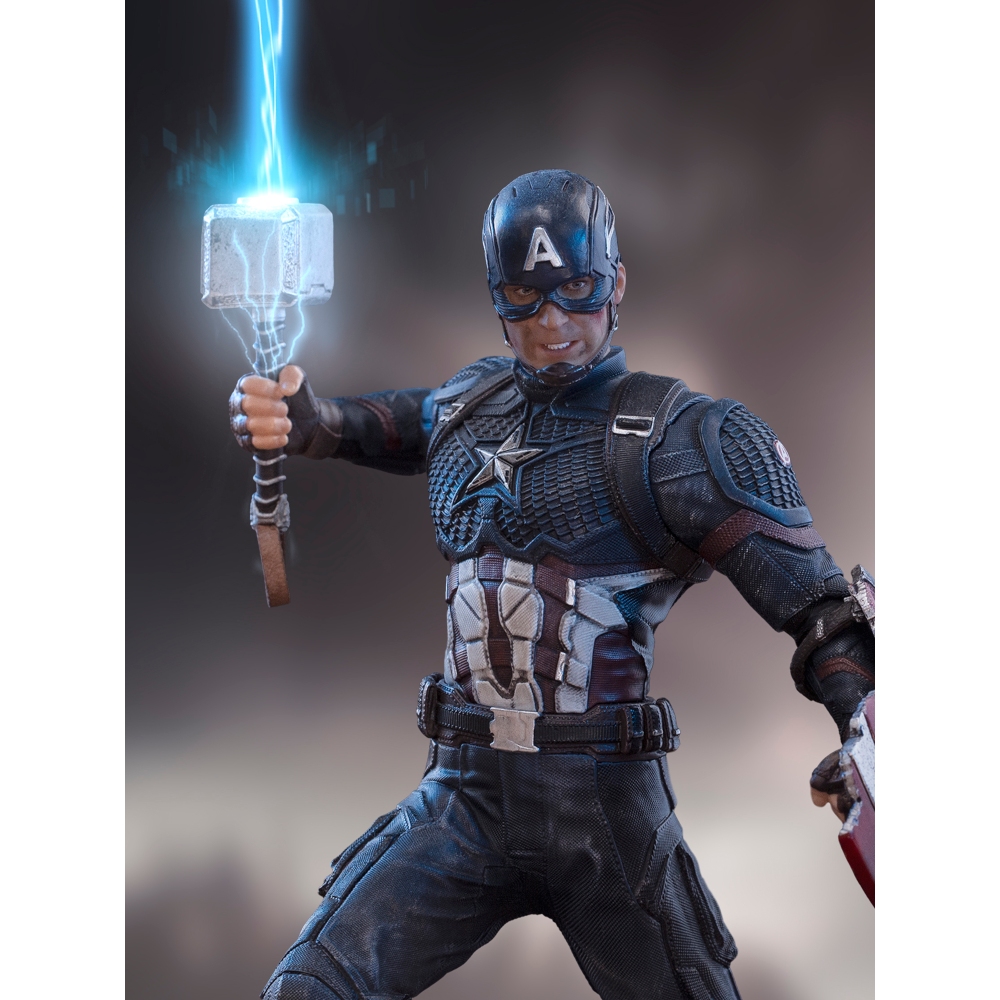 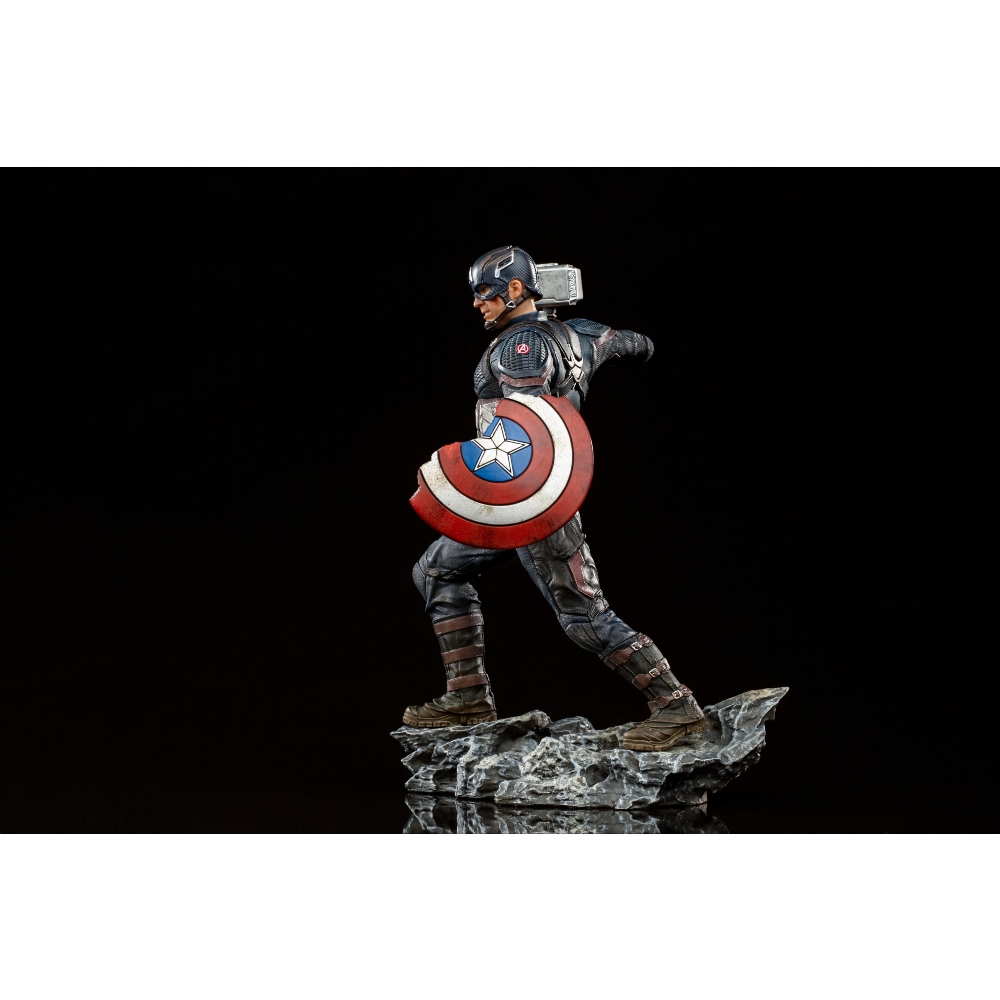 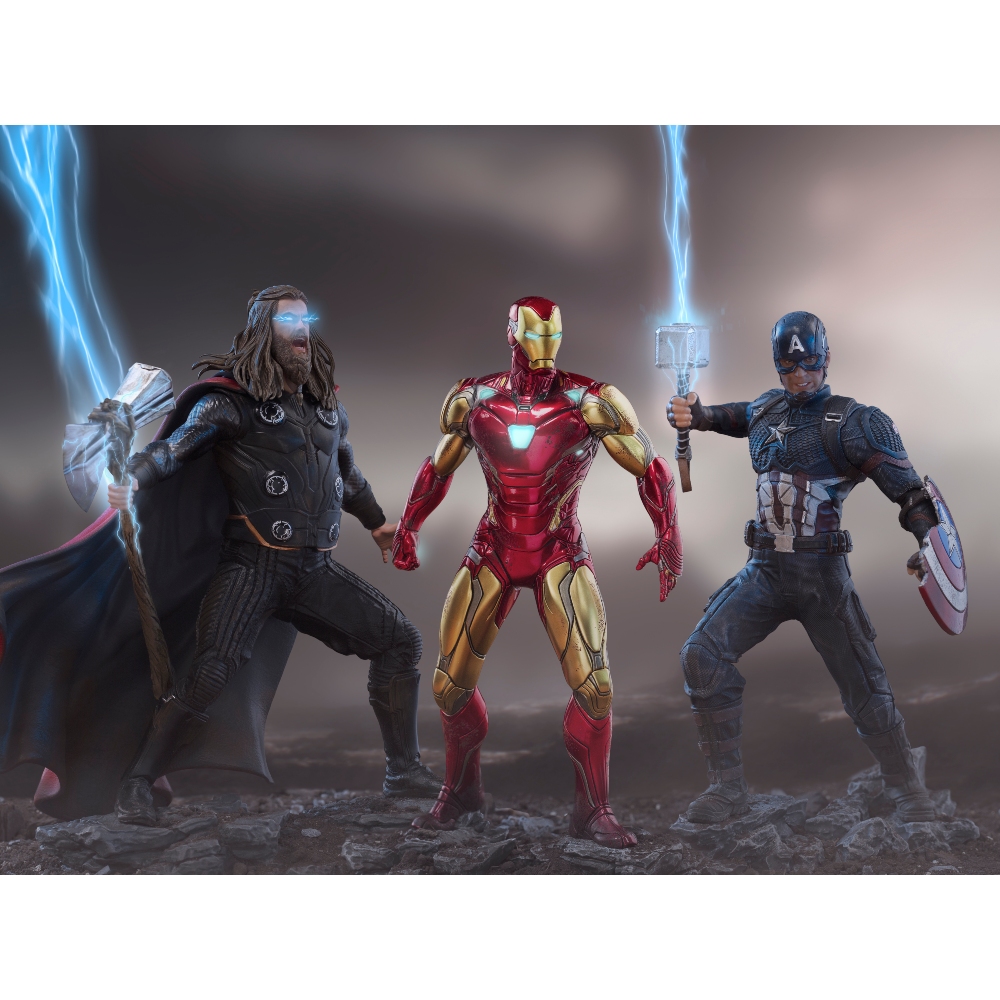 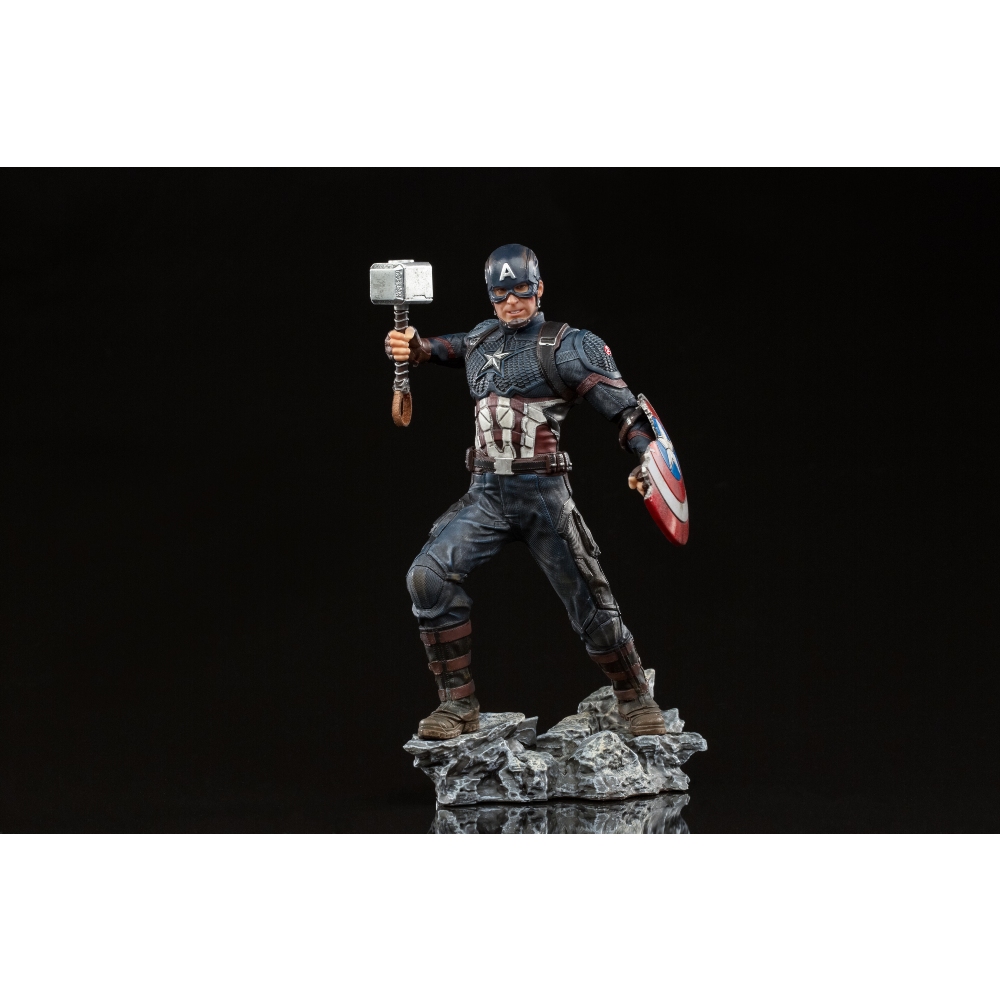 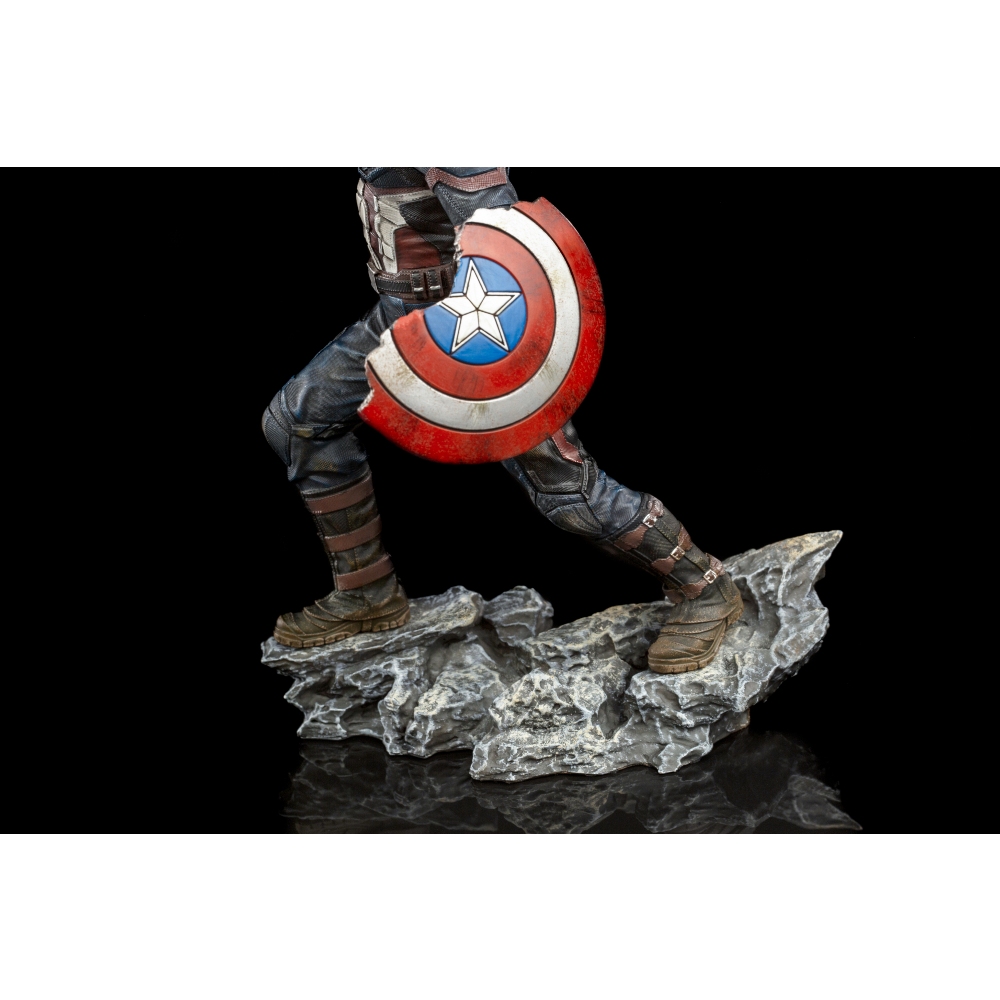 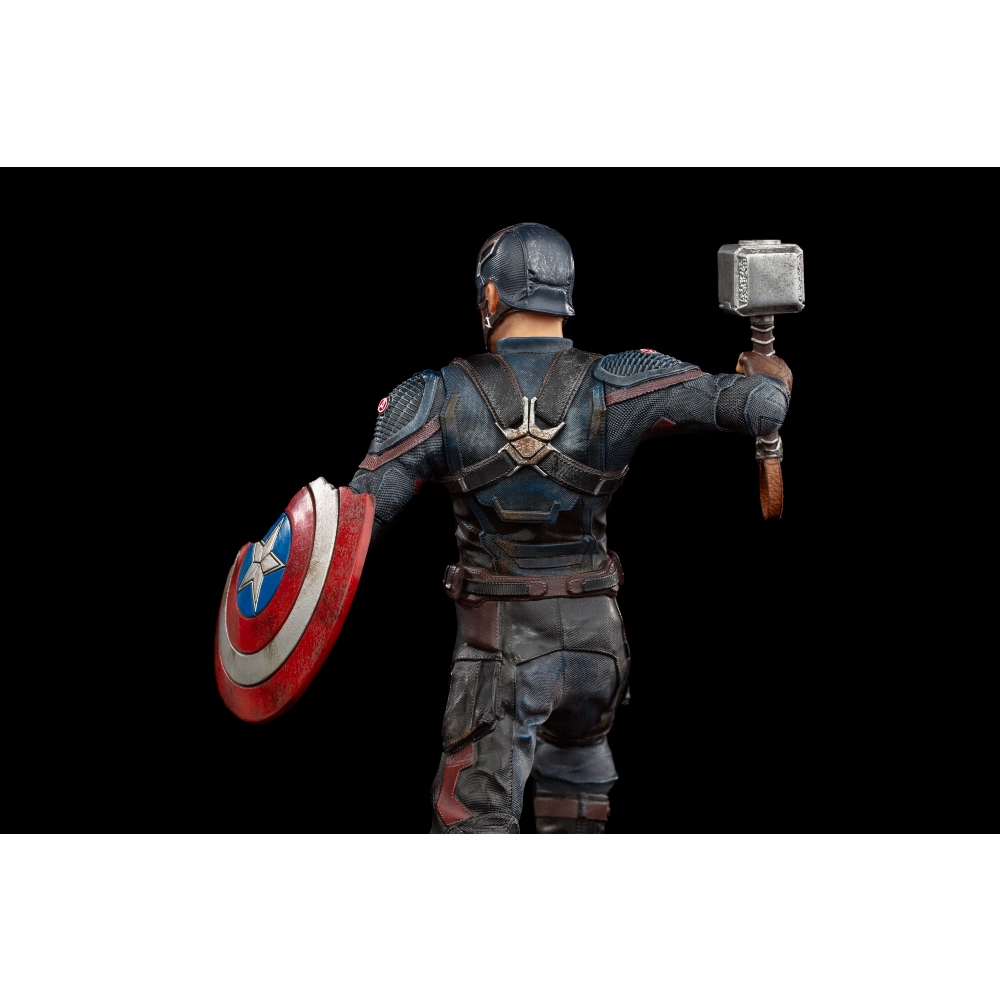 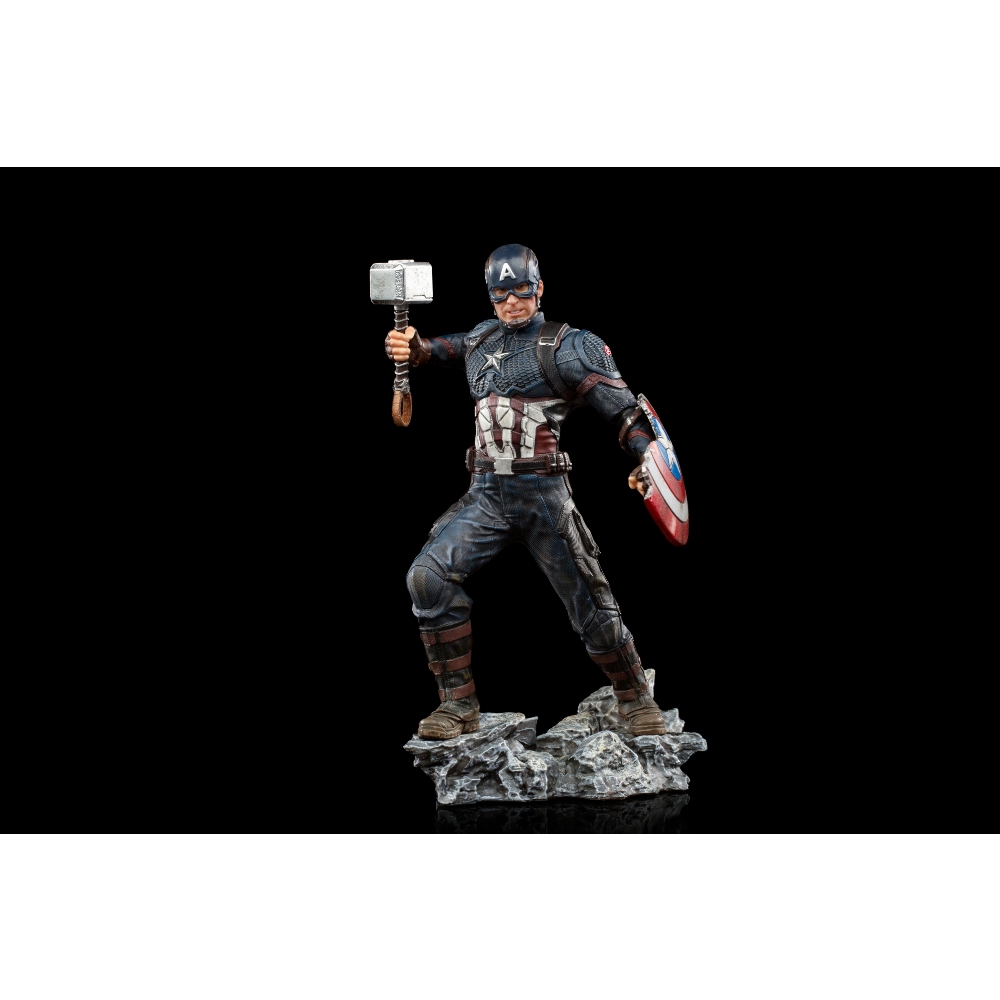 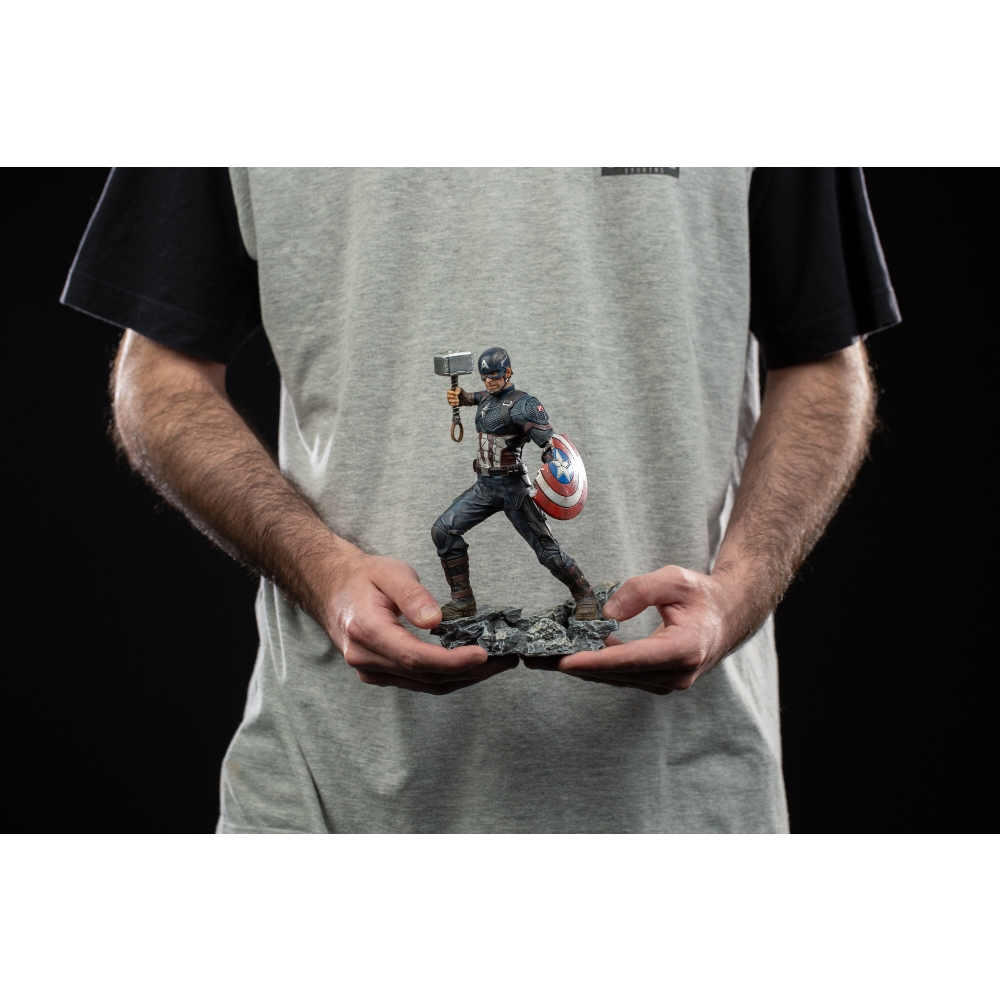 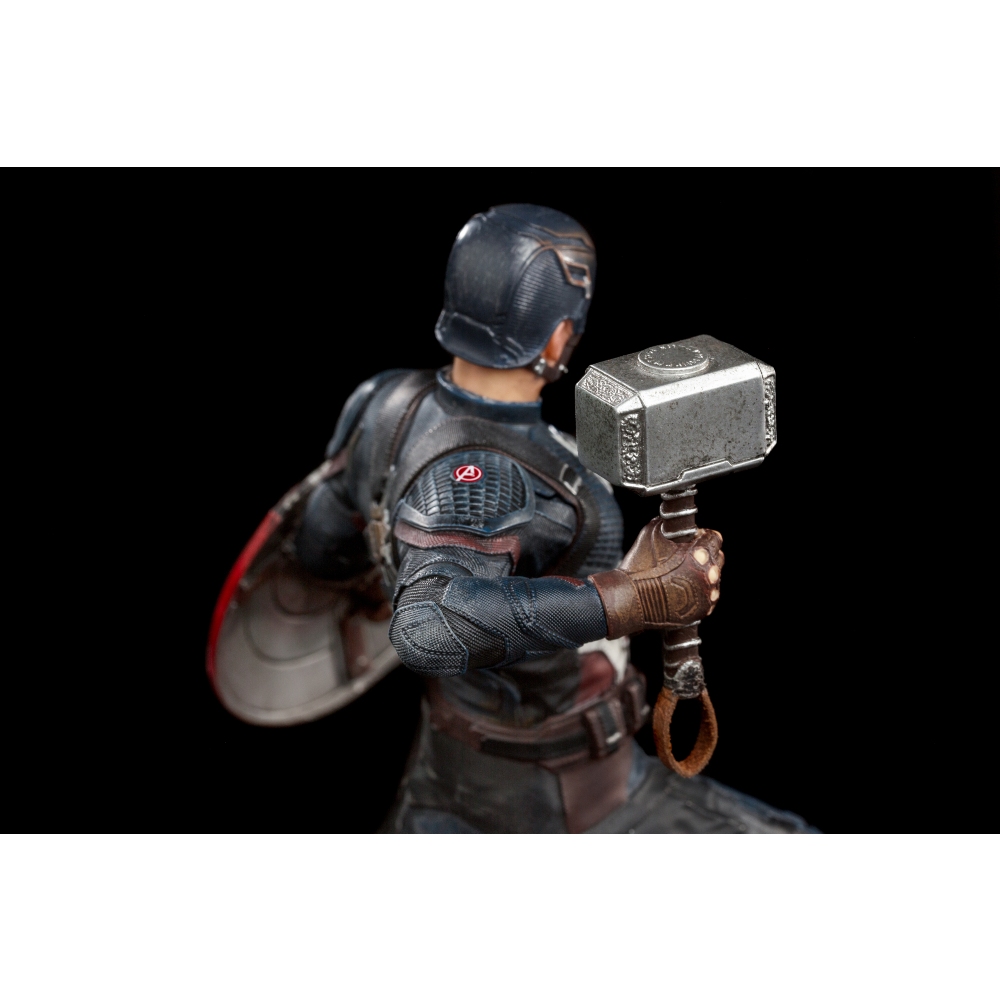 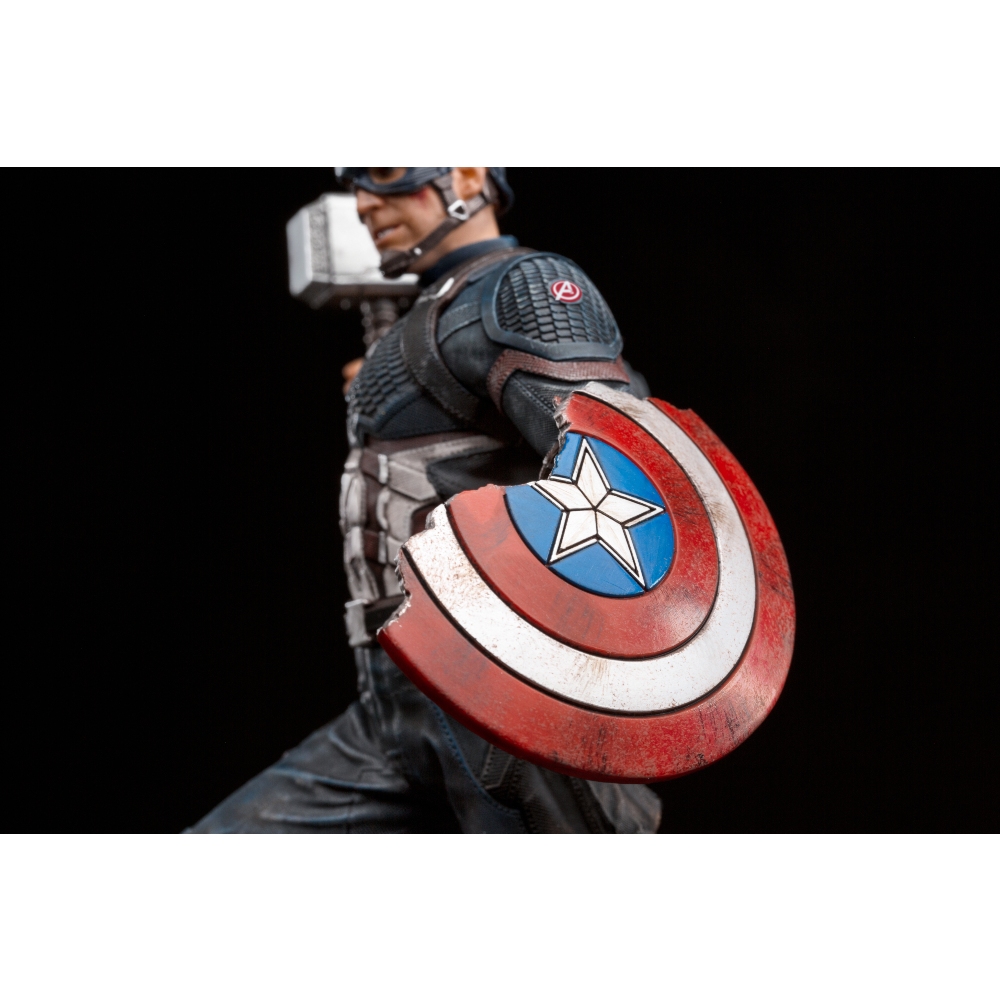 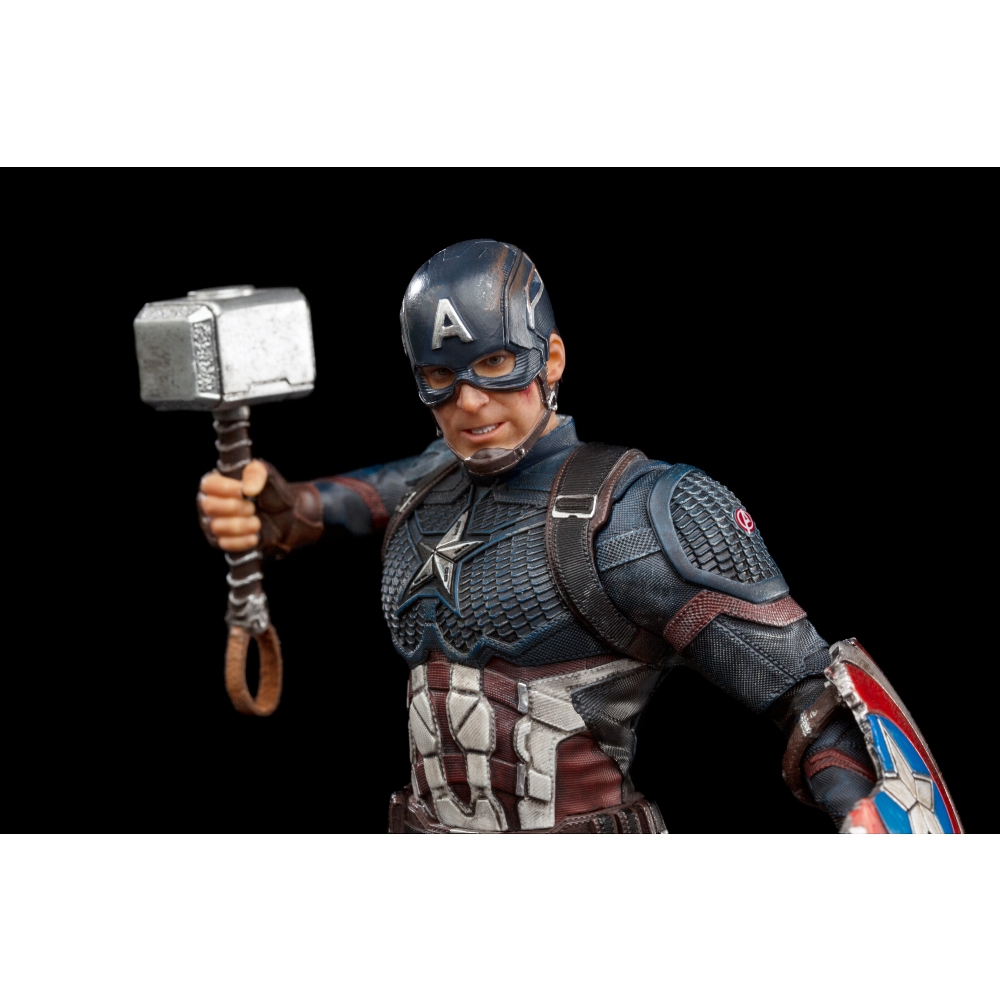 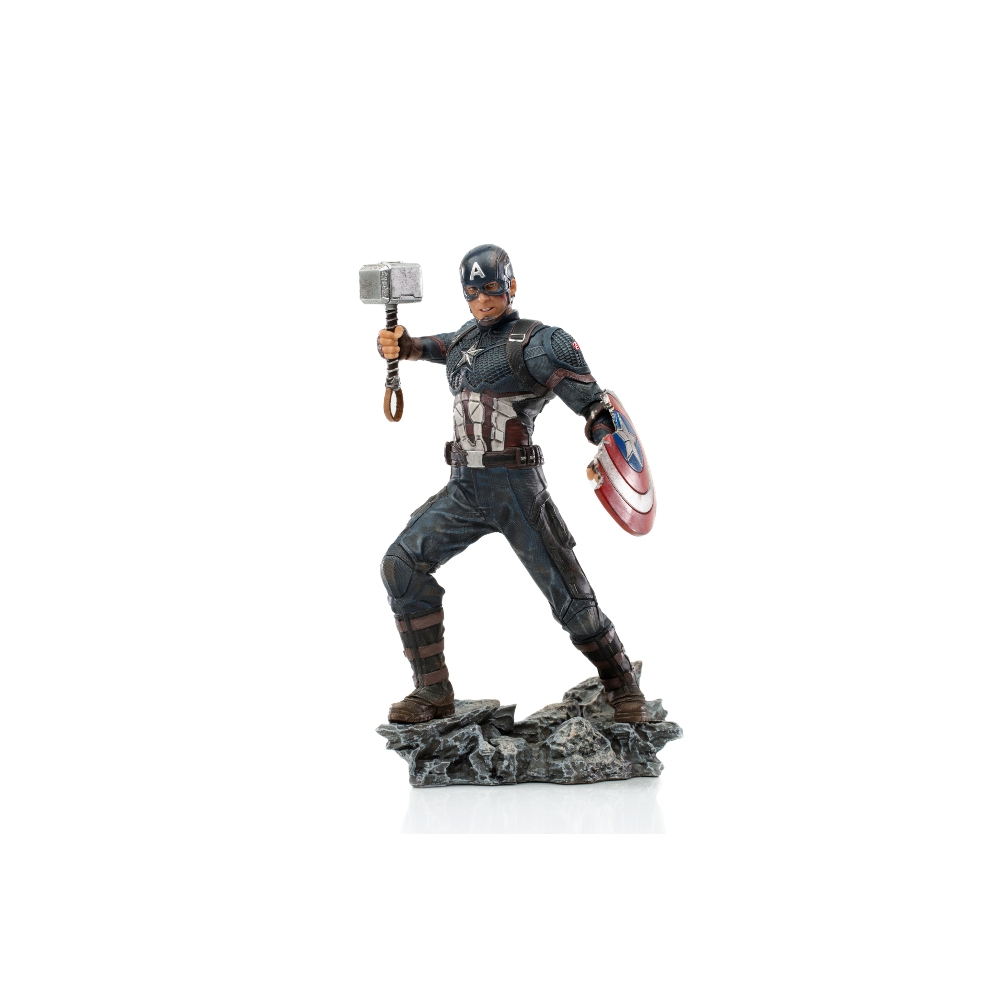 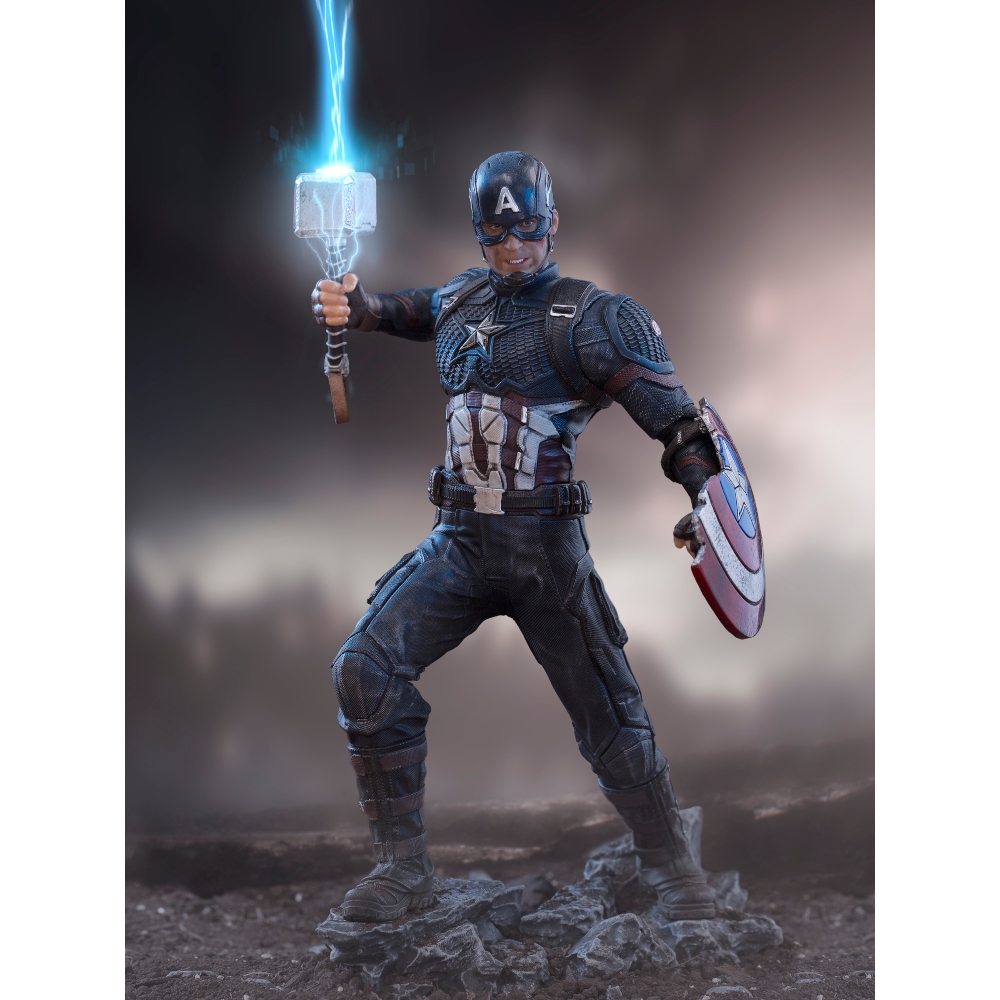 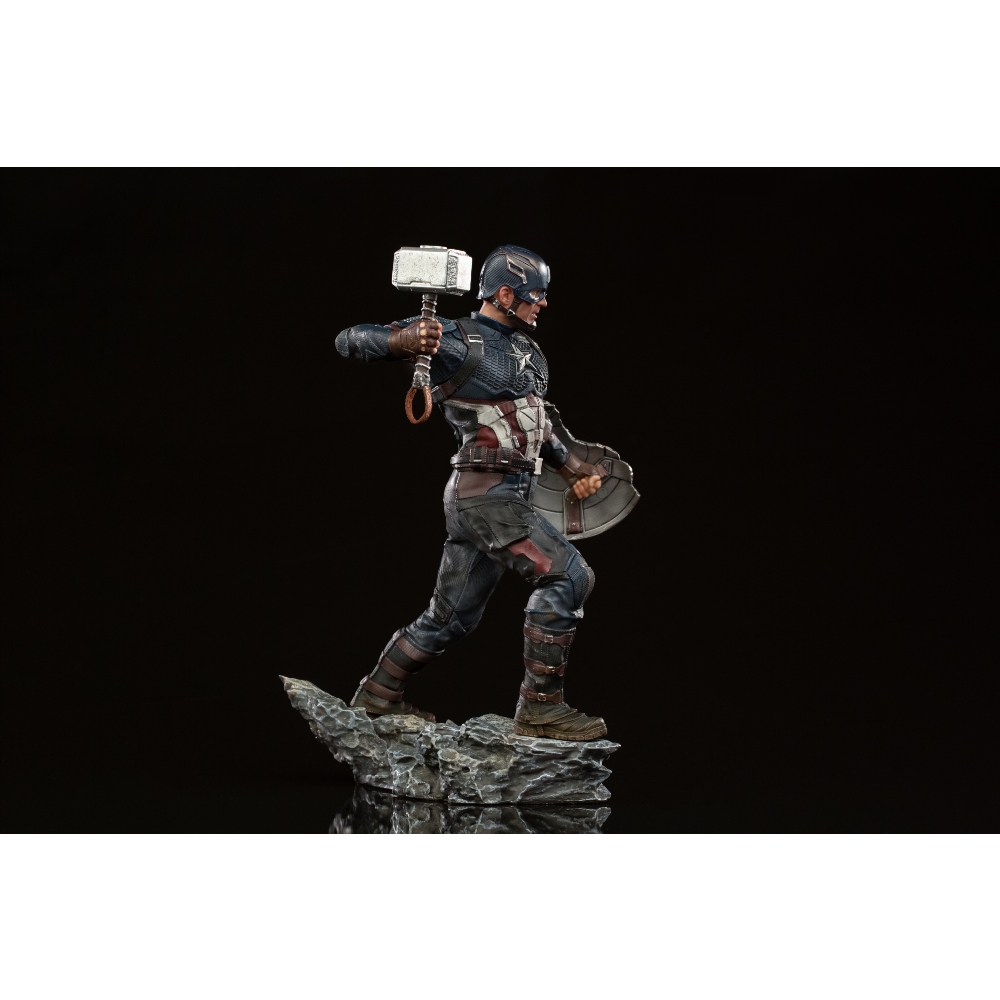 Iron Studios, in partnership with Marvel Entertainment, celebrates its historic and adored cinematographic universe with the Infinity Saga line, reproducing new statues that are derived from the most memorable and eternalized scenes from Marvel movies, for collectors.

Set on a base shaped like rocky terrain, home to the battlefield of Earth’s greatest heroes against the invading forces of the fearsome Titan Thanos and his army of aliens led by his Black Order generals, Iron Studios presents ”Captain America Ultimate BDS Art Scale 1/10 – The Infinity Saga – Iron Studios”, with the legendary captain Steve Rogers with his inseparable shield on his left arm, which was damaged by Thanos’s force, but always ready for combat, and asserting his nobility, holds the enchanted Mjölnir in his right hand, something only allowed to the most worthy. Inspired by the unforgettable scene in which, in front of his allies, he finally speaks the famous rallying cry of heroes in the comics: “Avengers Assemble”, something very anticipated by fans.

In Avengers: Endgame, the ultimate battle for the fate of our planet and the entire universe, is fought between the Avengers and their allies against Thanos and his Black Order, leading an army formed by the aliens Chitauris, Sakaarians, and Outriders. On a monumental scale, the clash that took place in and around the ruins and rubble of the demolished Avengers base has become one of the greatest extraterrestrial conflicts in Earth’s history.

The historic completion of the third phase of Marvel\’s cinematic universe in theaters has become the highest-grossing film of all time, and this moment is also immortalized by Iron Studios in this new diorama composed of the three statues of the protagonist heroes, individually available.