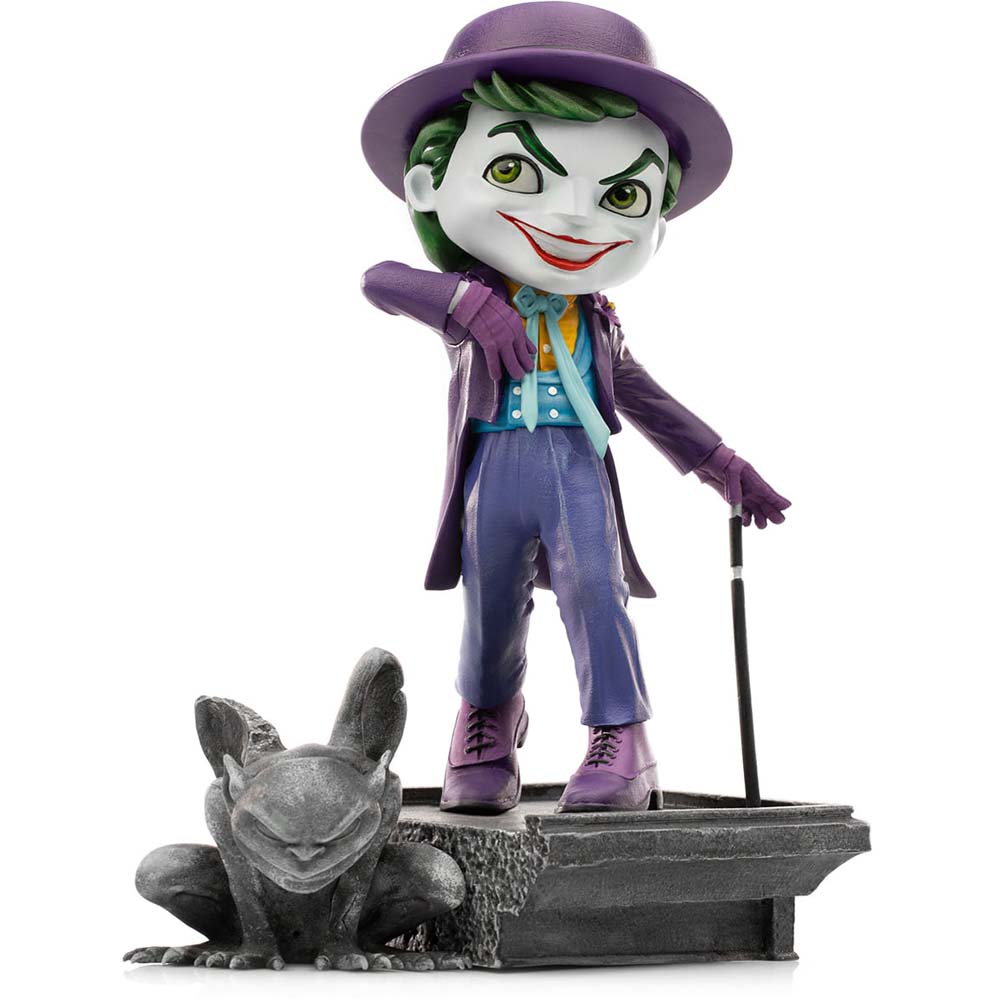 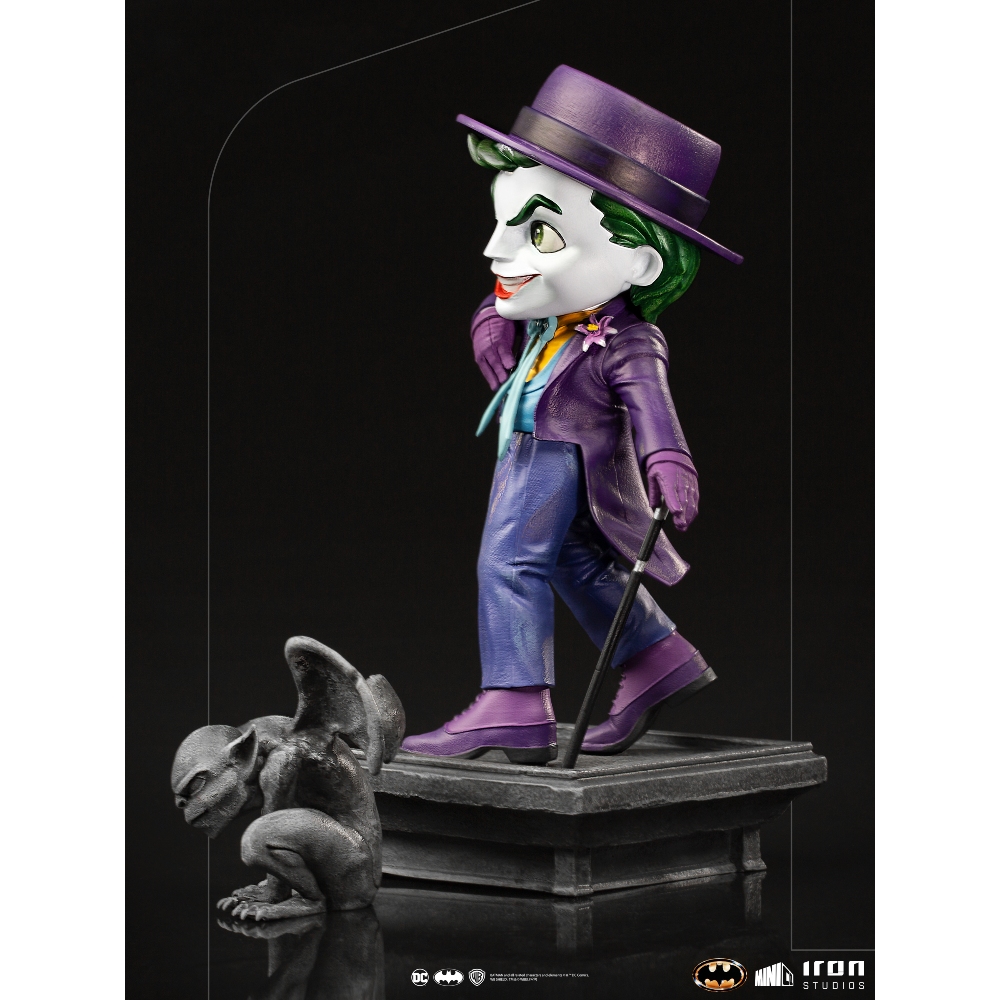 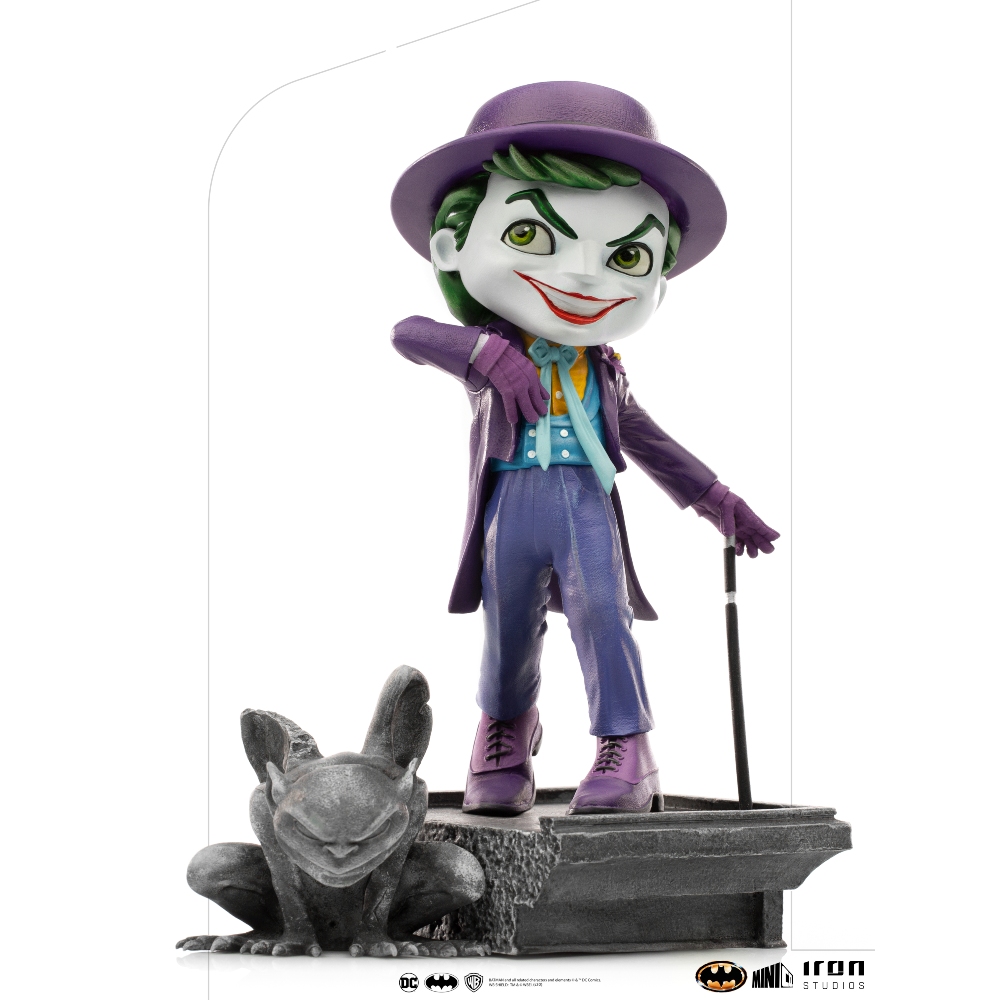 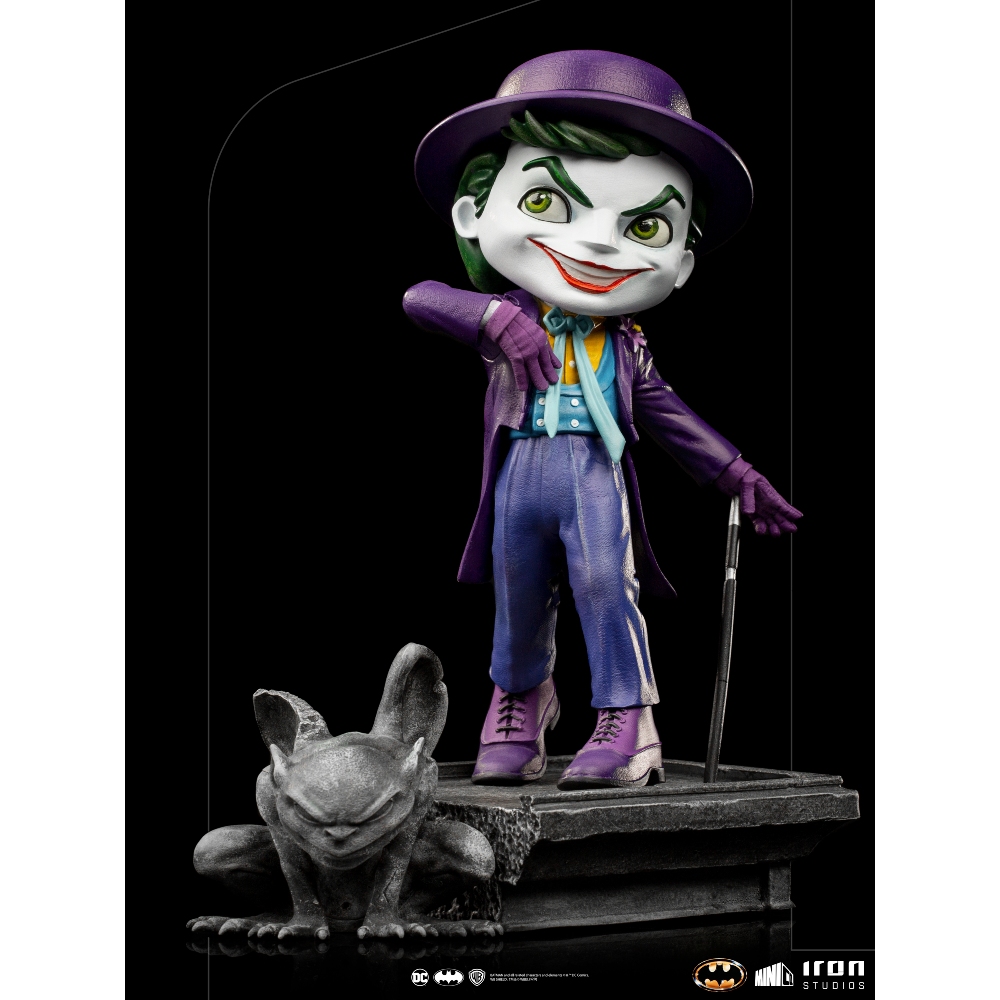 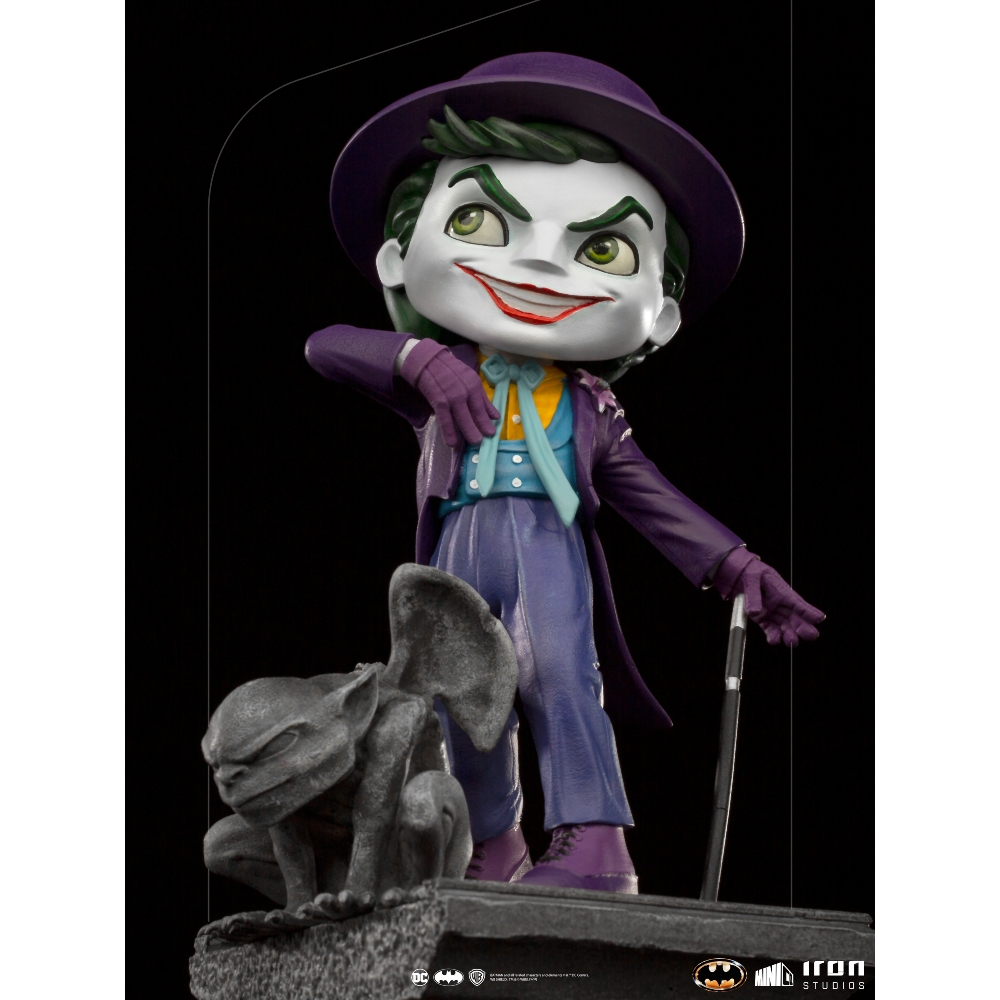 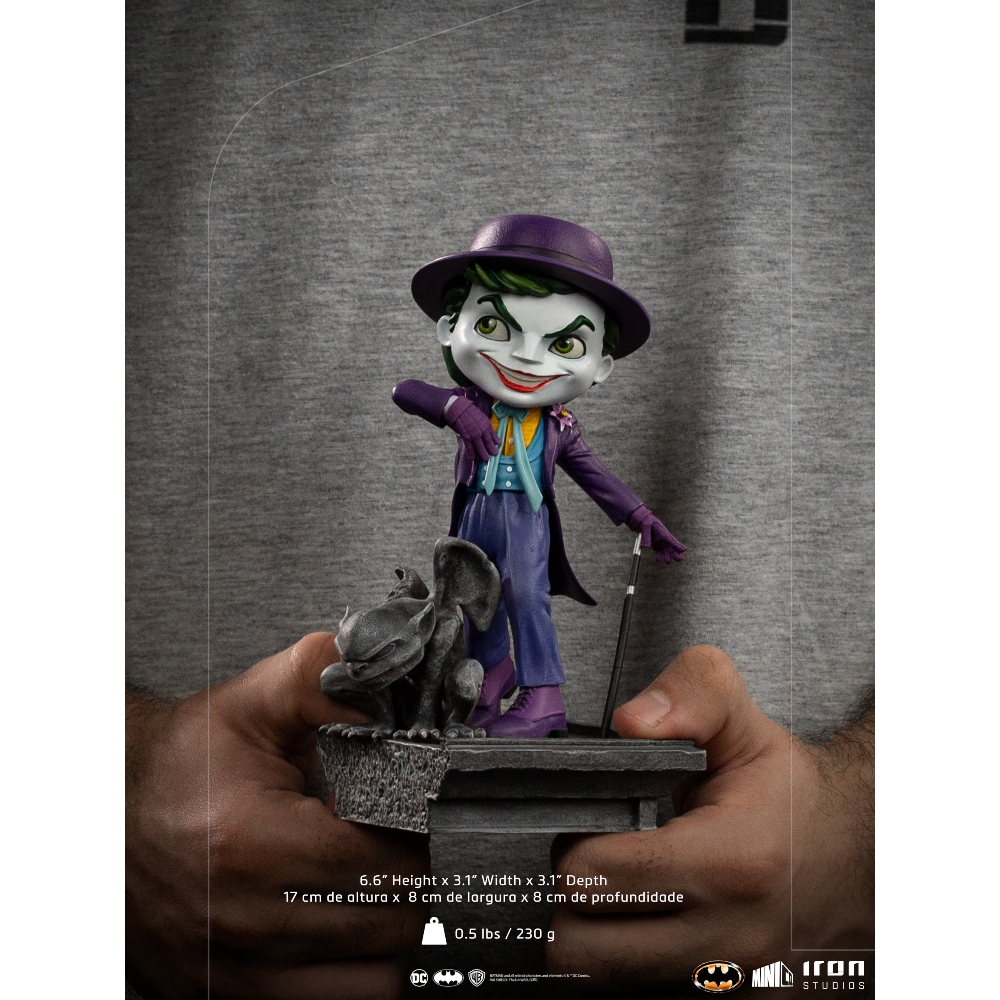 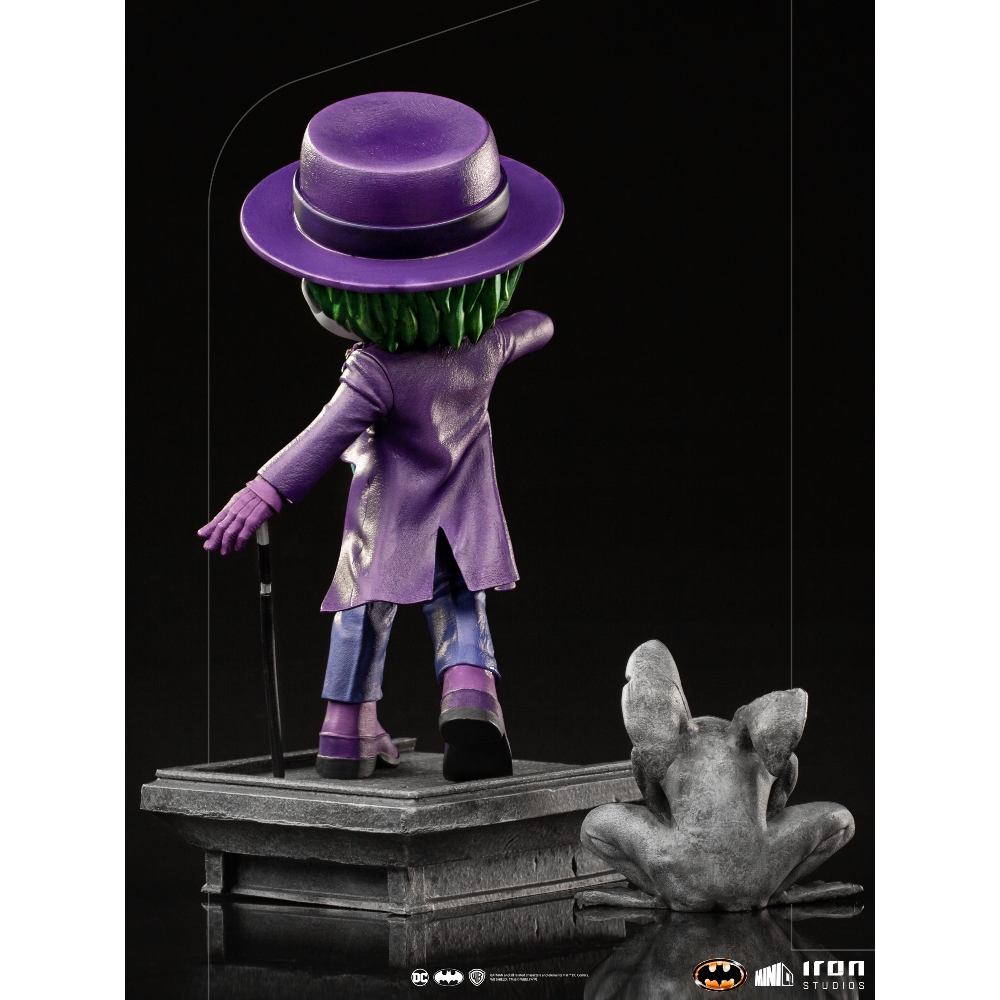 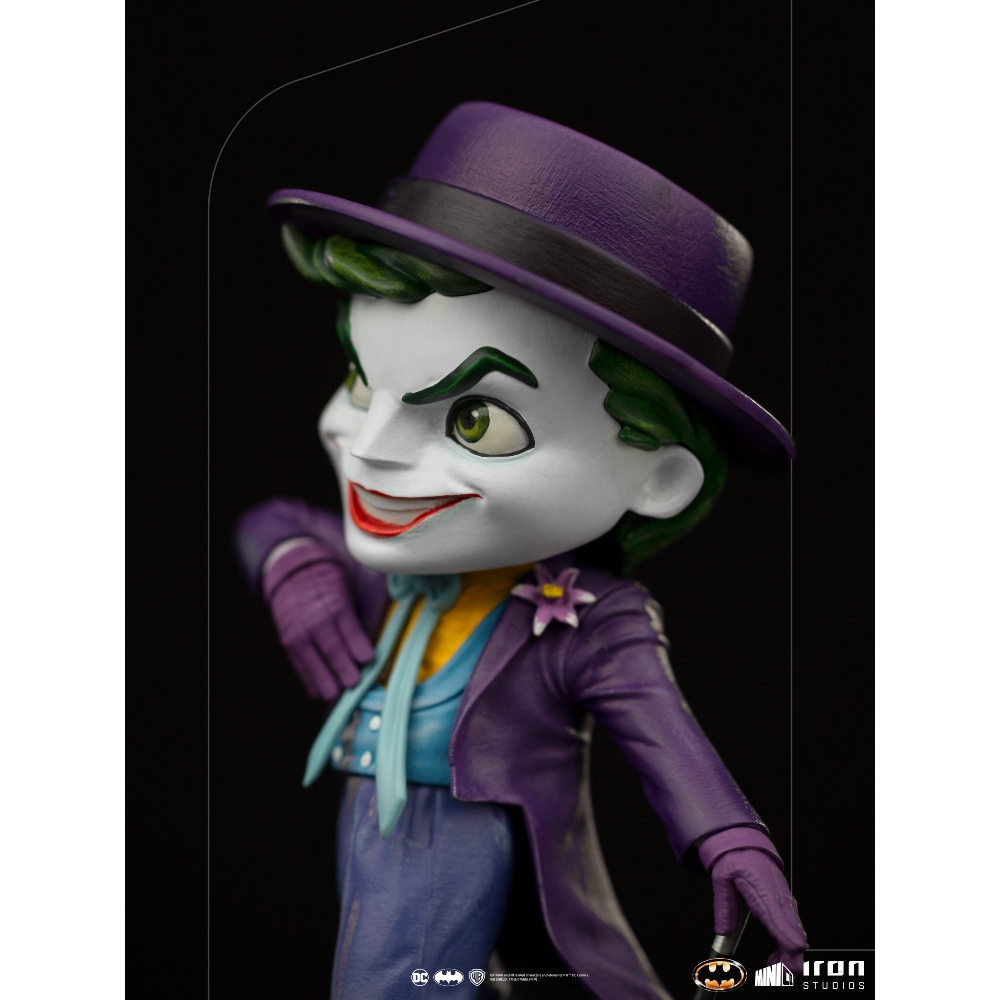 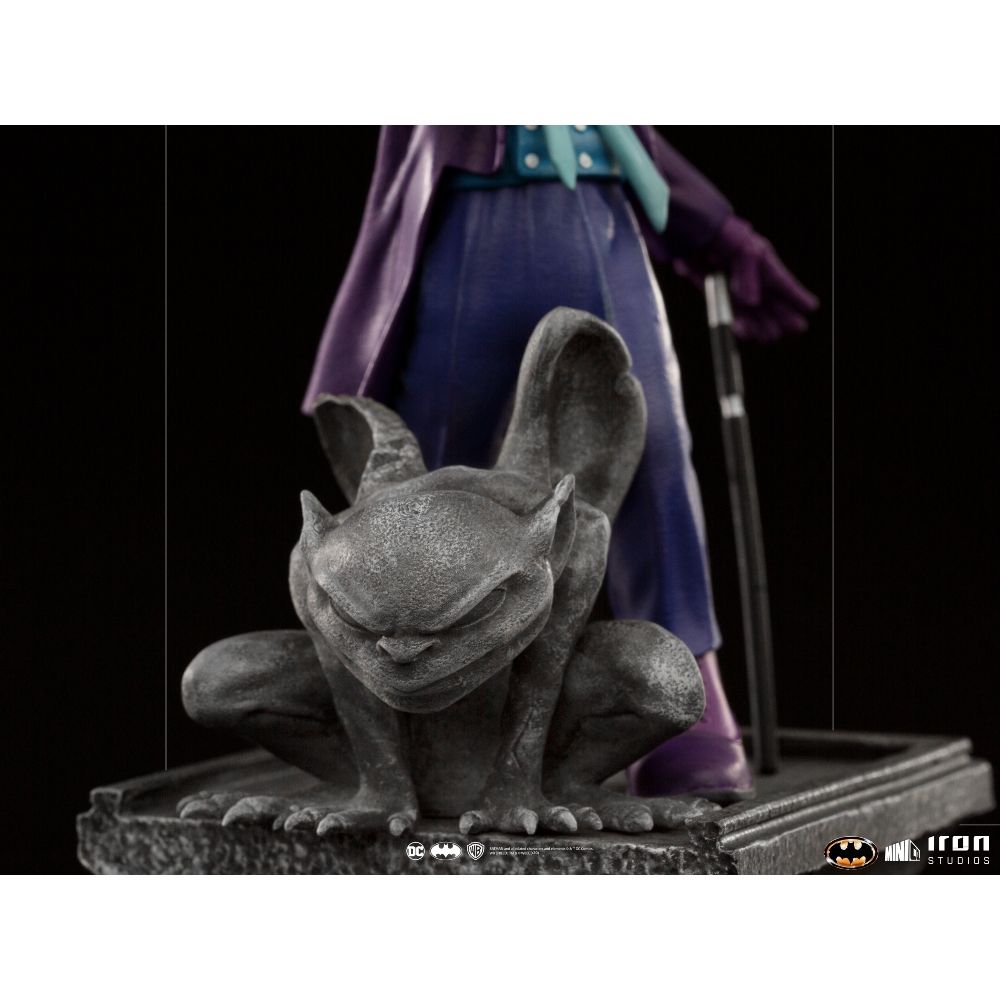 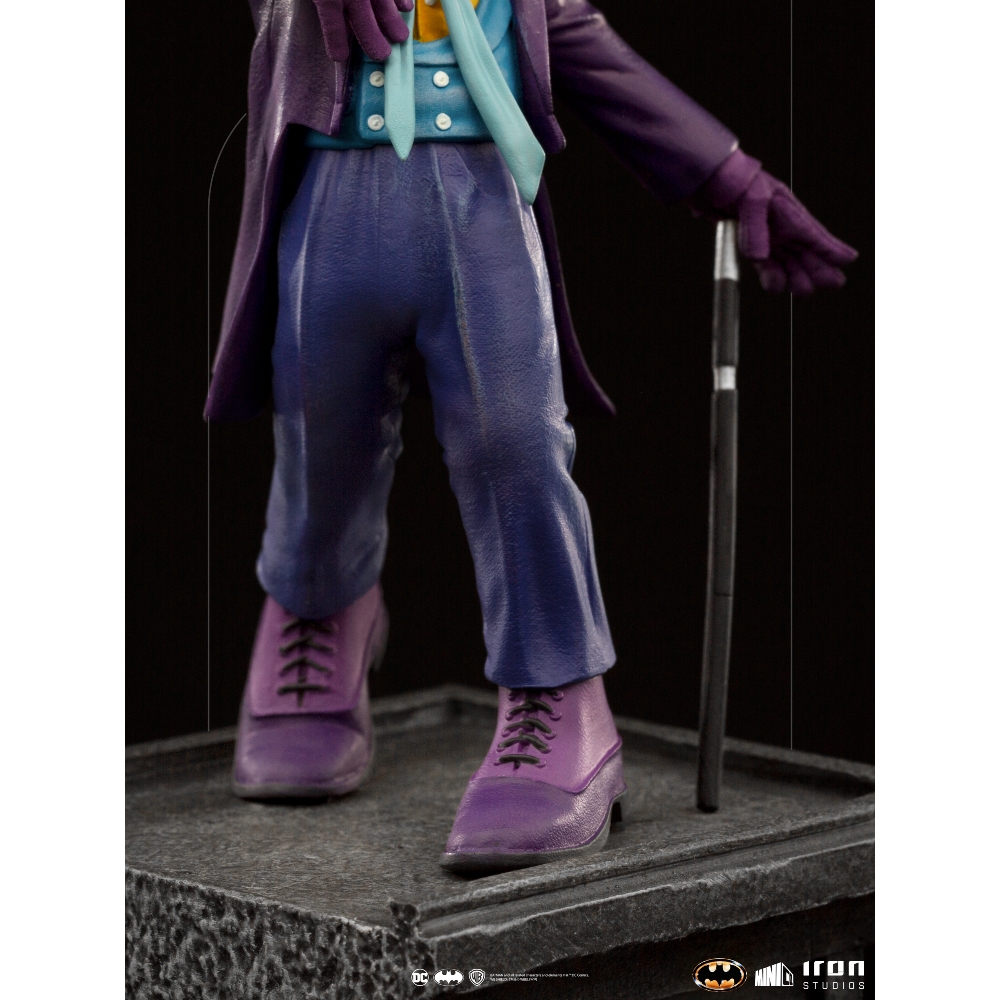 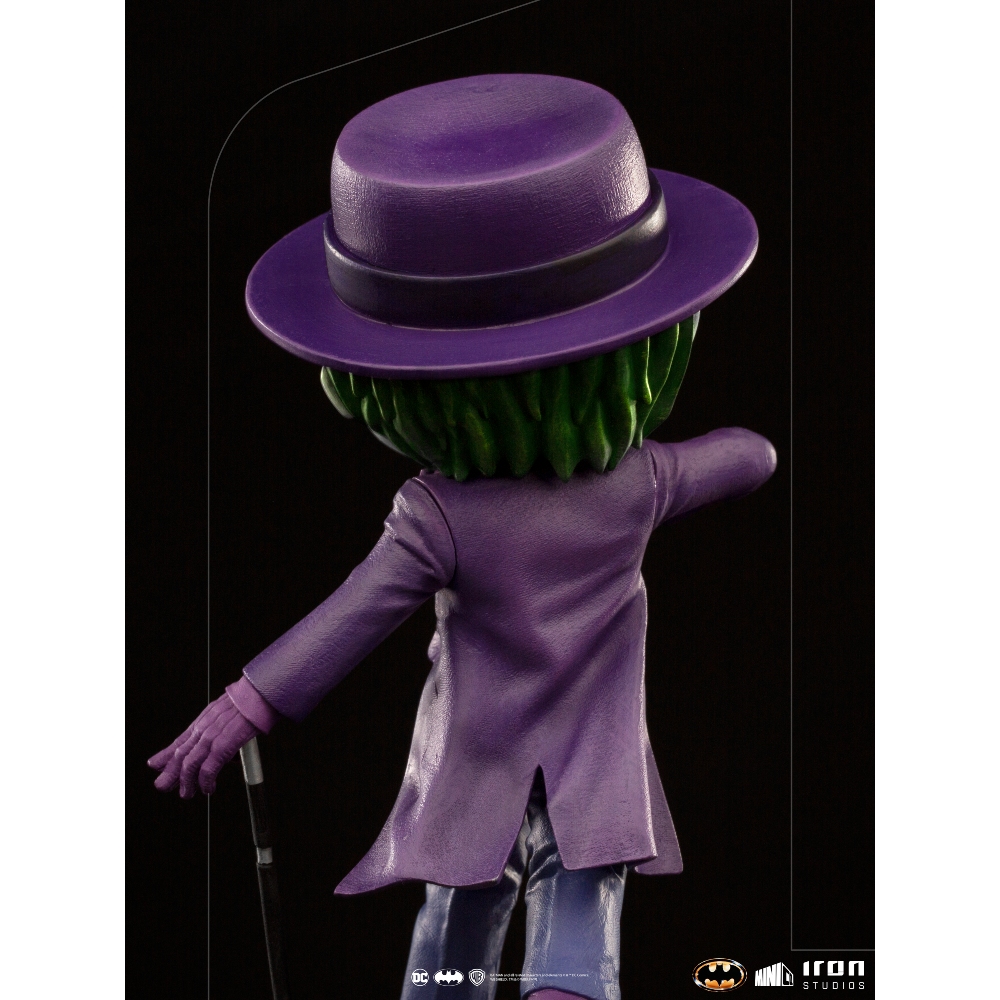 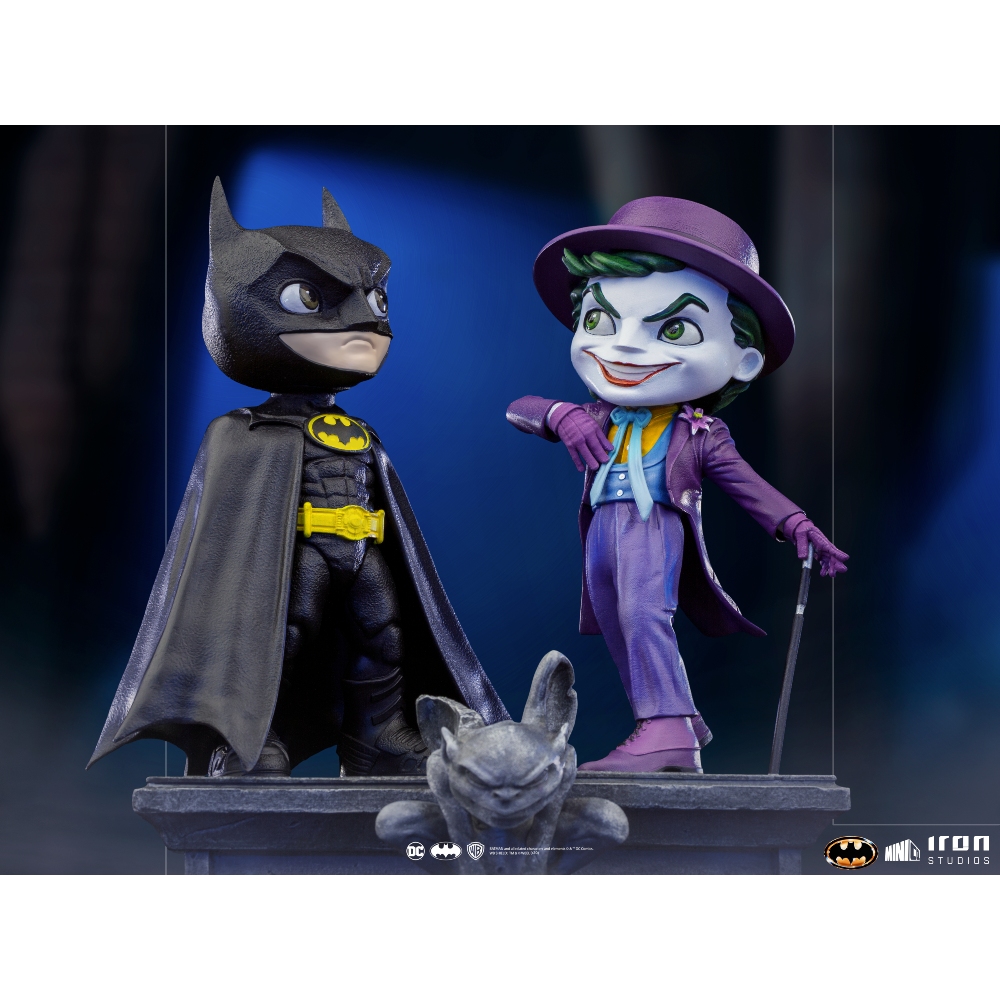 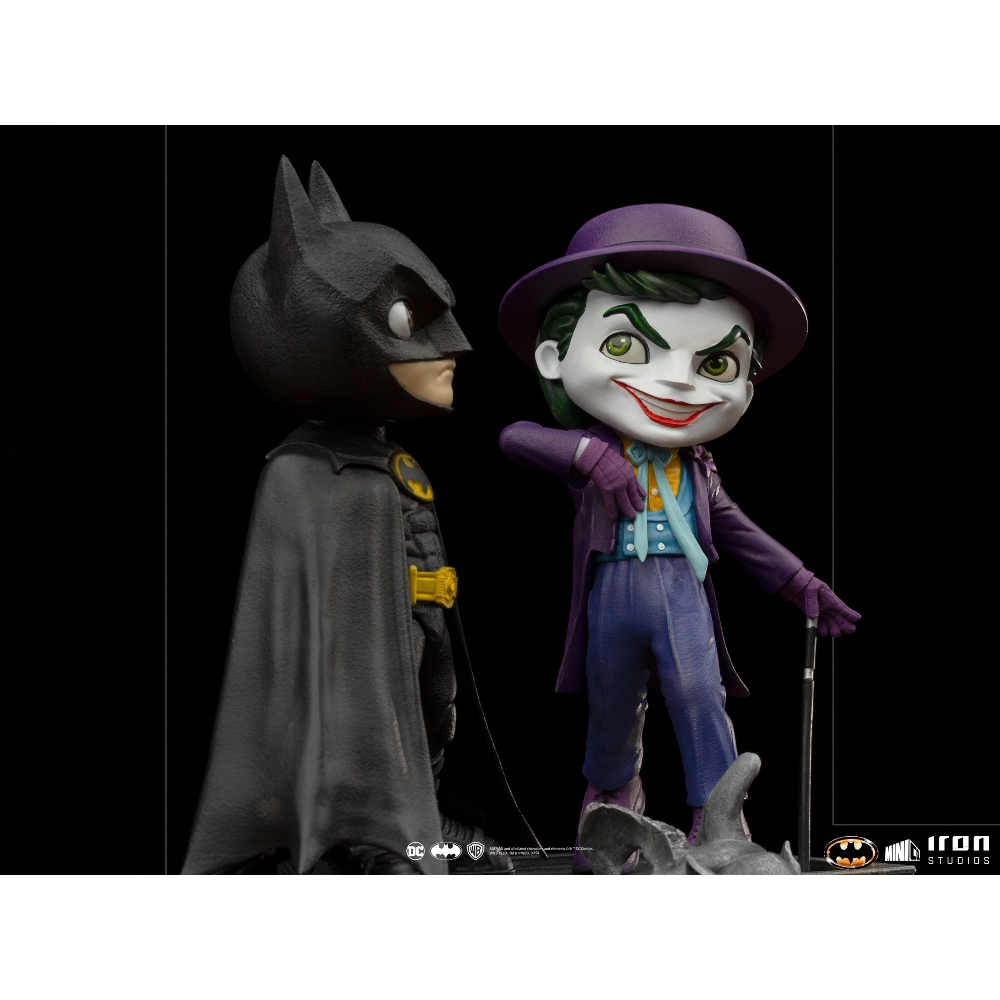 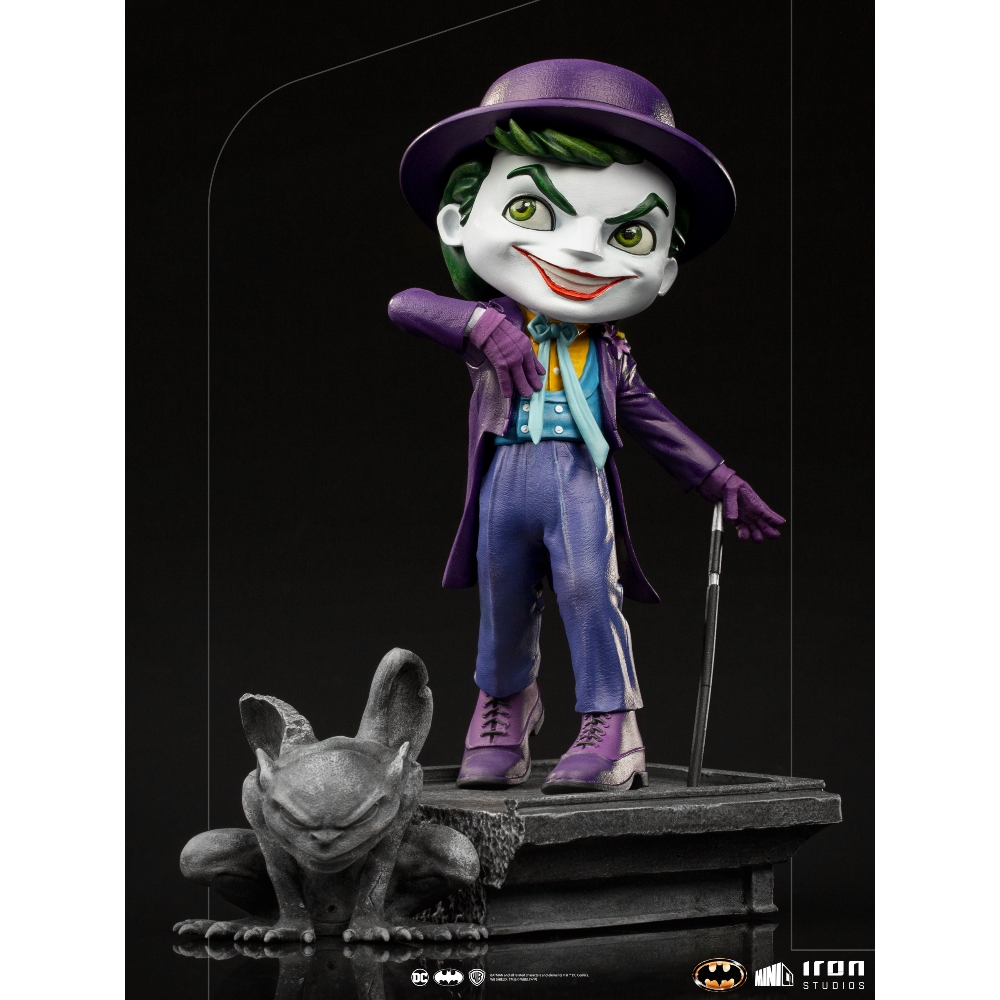 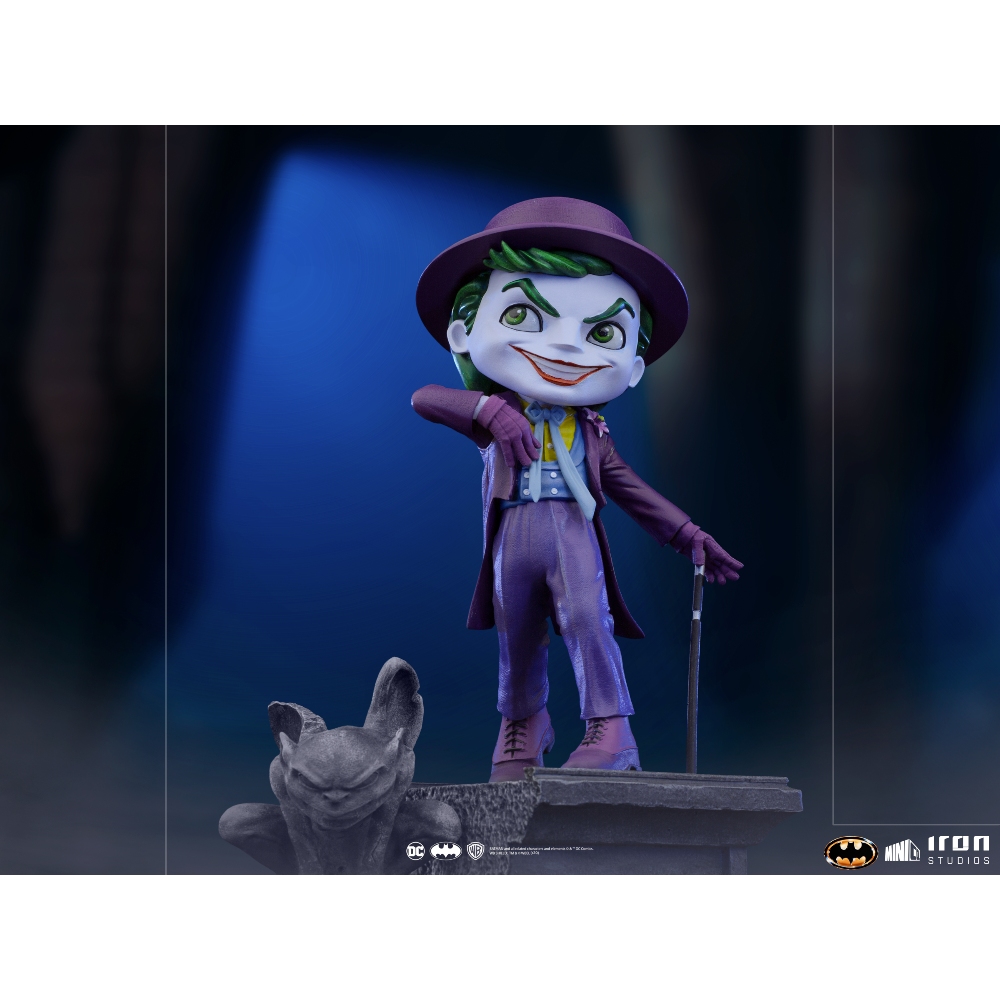 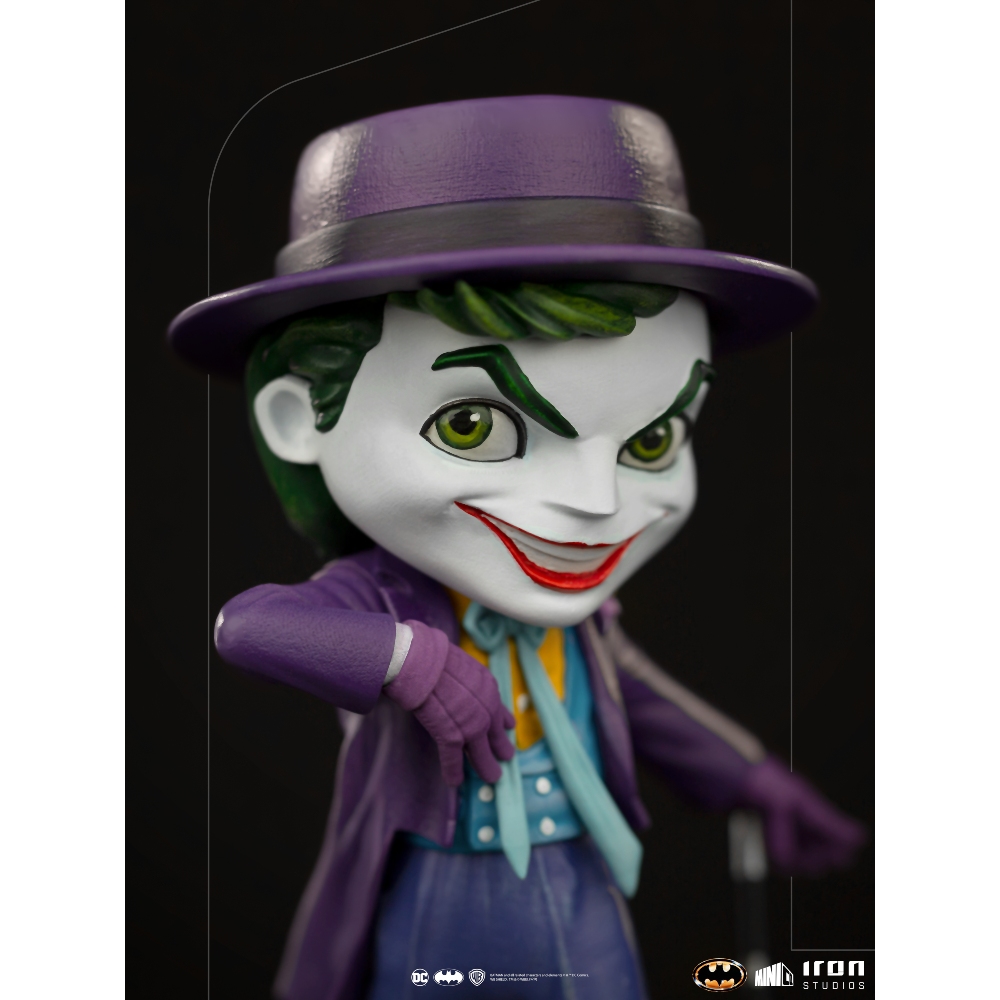 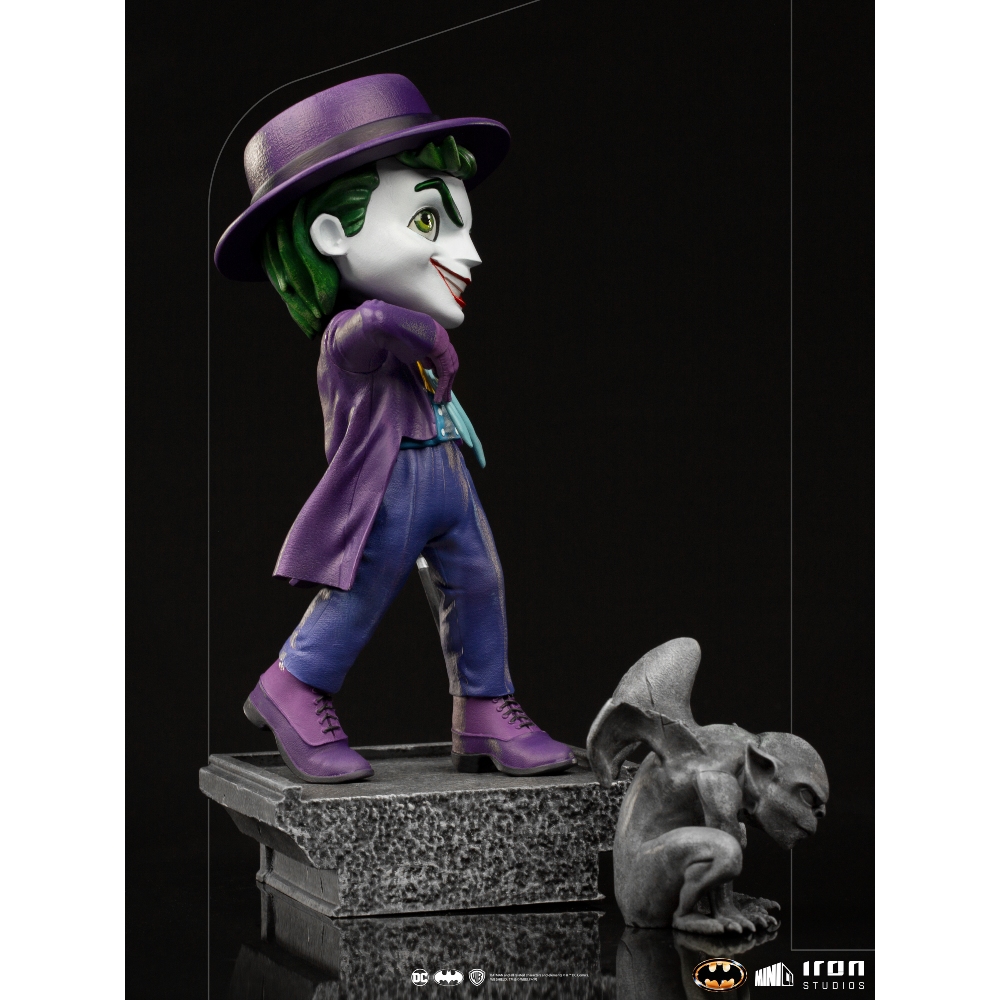 In 1989, the renowned gothic director Tim Burton made history by presenting one of the most memorable adaptations of a comic book hero for theaters with the movie \”Batman\”. To celebrate this historic production, Iron Studios presents in its MiniCo line, its version of \”The Joker – Batman 89 – Minico\”, with Prince Clown of Crime in Toy Art format, wearing his elegant and peculiar purple suit, adorned with a hat and supported by his cane, the smiling villain poses as if in mockery of his rival next to a gargoyle, both on a base simulating the concrete eaves of Gotham Cathedral, in reference to the decisive confrontation of the antagonists in the film.

Played by legendary actor Jack Nicholson, Batman\’s greatest enemy, known as The Joker, won one of his most masterful interpretations, hailed by many as the most faithful version of the villain compared to comics, despite subtle changes in his origins, to Nicholson\’s peculiar ability to express madness in his most striking interpretations, fit the insane Prince Clown of Crime. In addition to this exquisite work of makeup and costume, the Joker steals the show in the film in all his appearances.

Joker is one of the greatest villains in comics, and Batman\’s greatest archenemy. Called the \”Prince Clown of Crime\”, it was created by Bill Finger, Bob Kane and Jerry Robinson inspired by actor Conrad Veidt in the 1928 film \”The Man Who Laughs\” and a playing card.