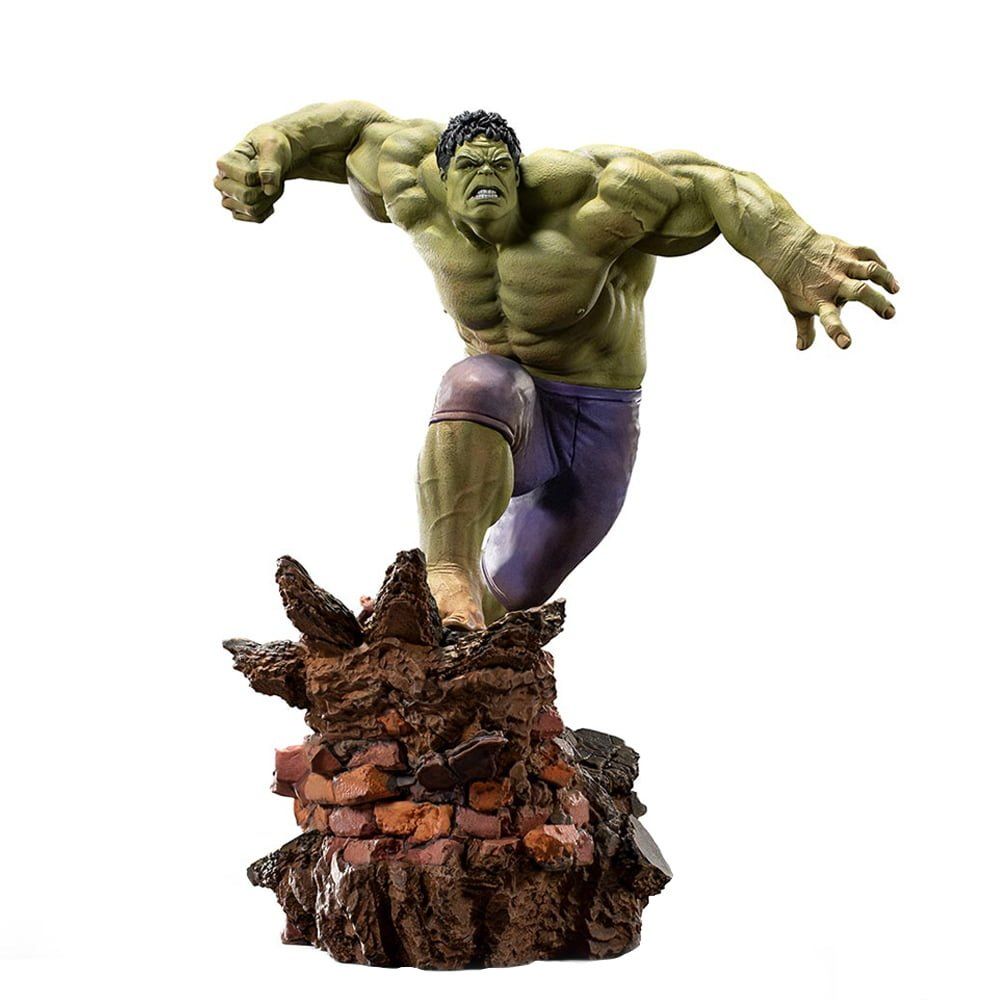 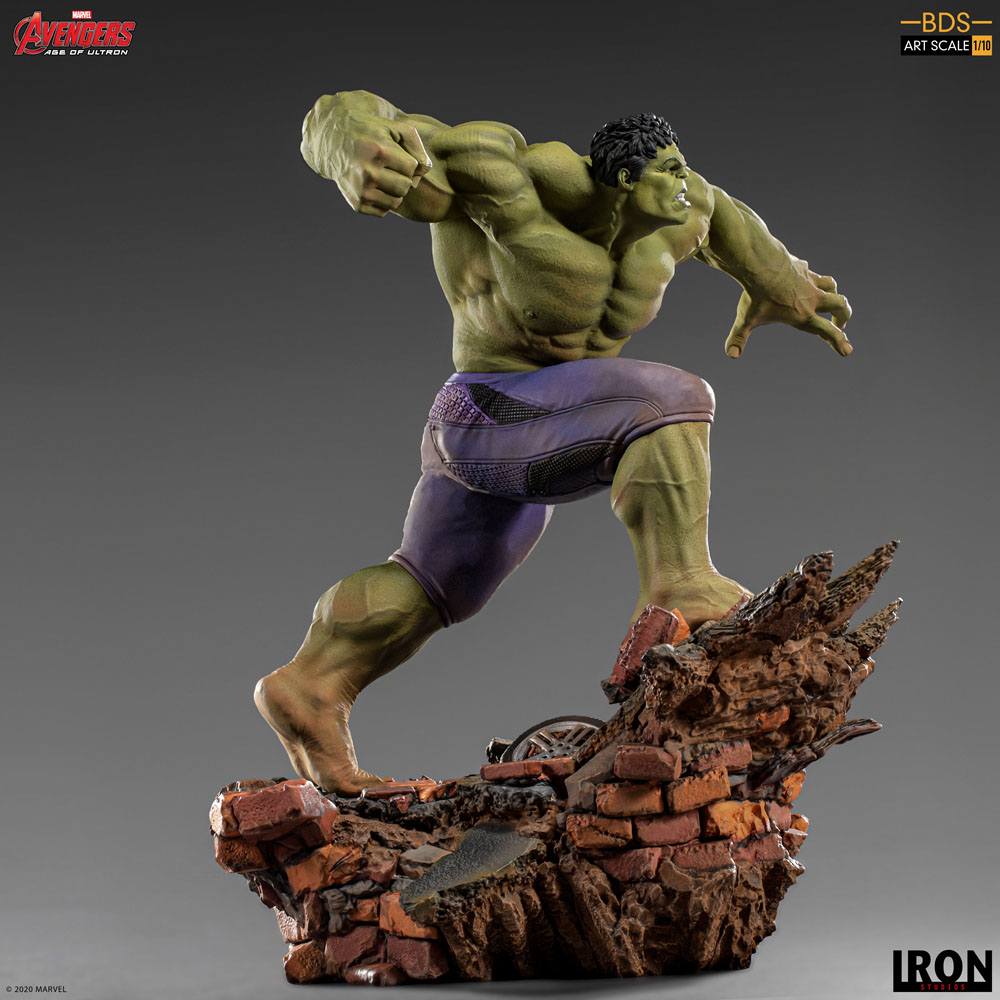 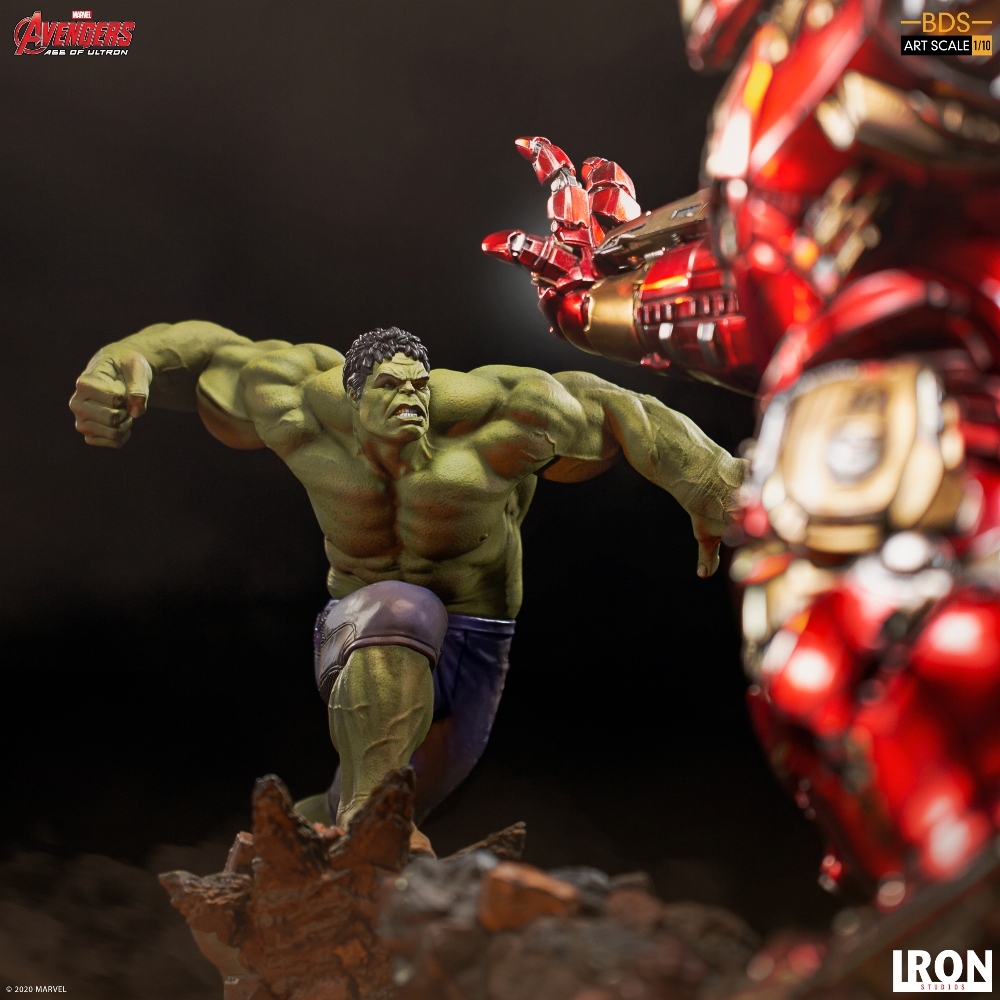 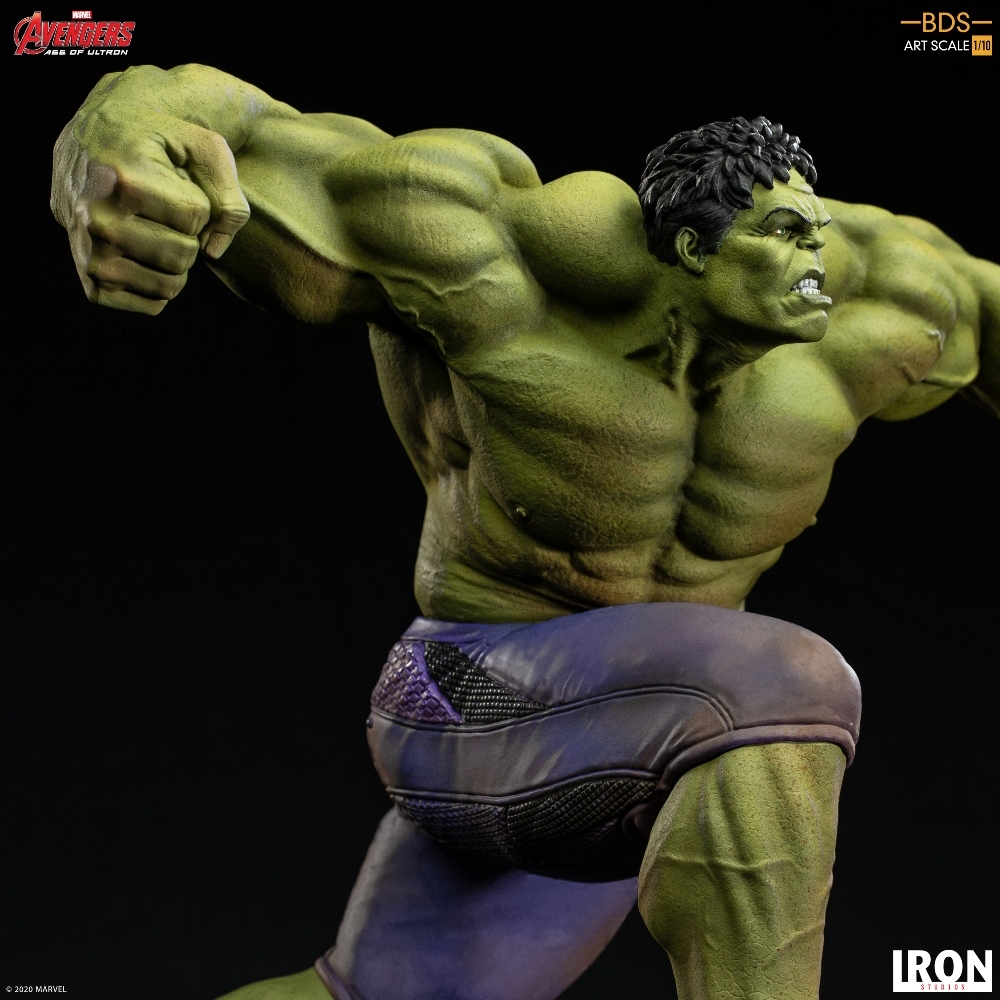 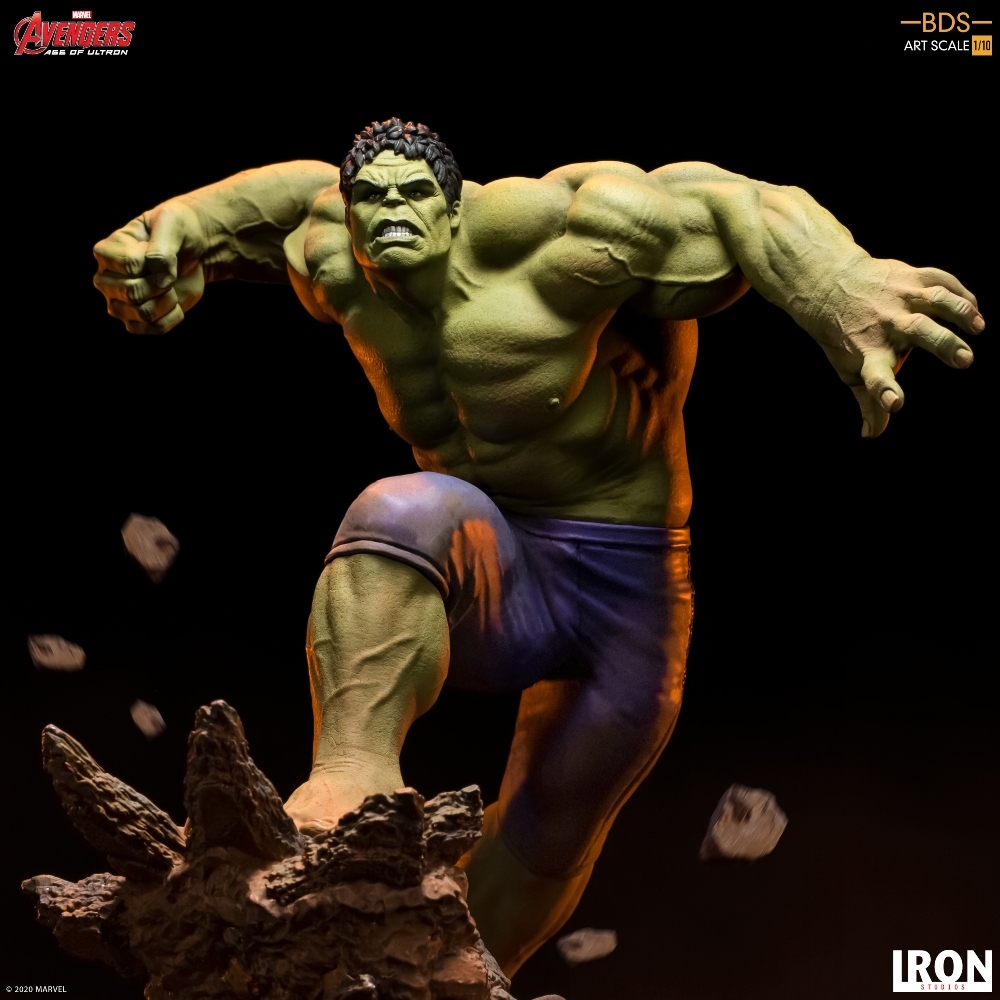 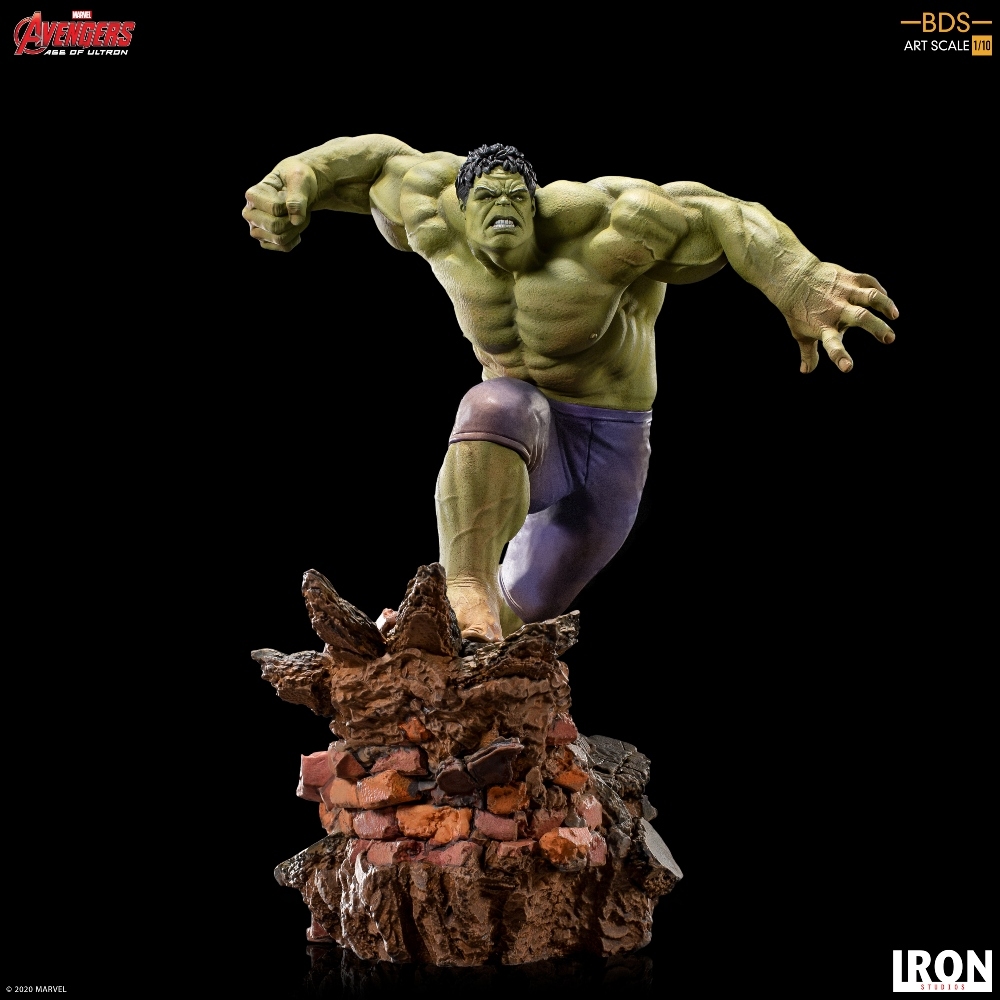 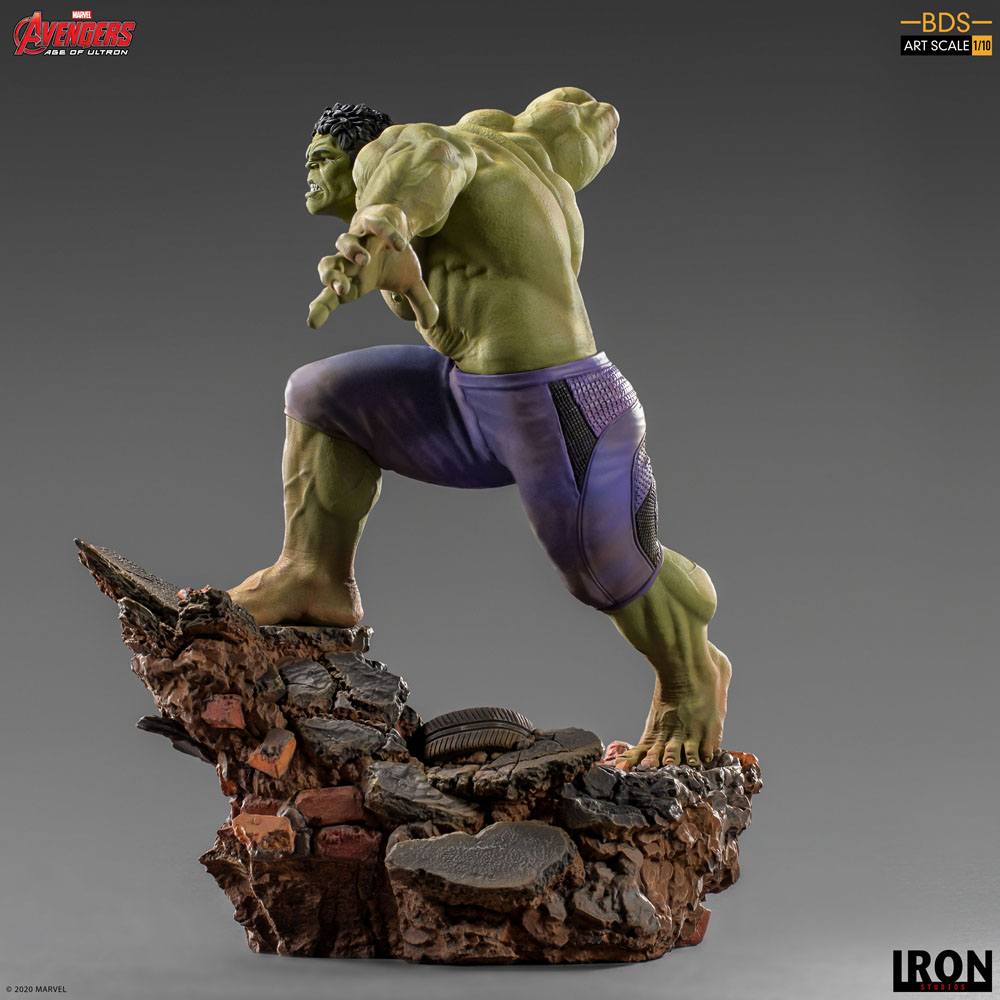 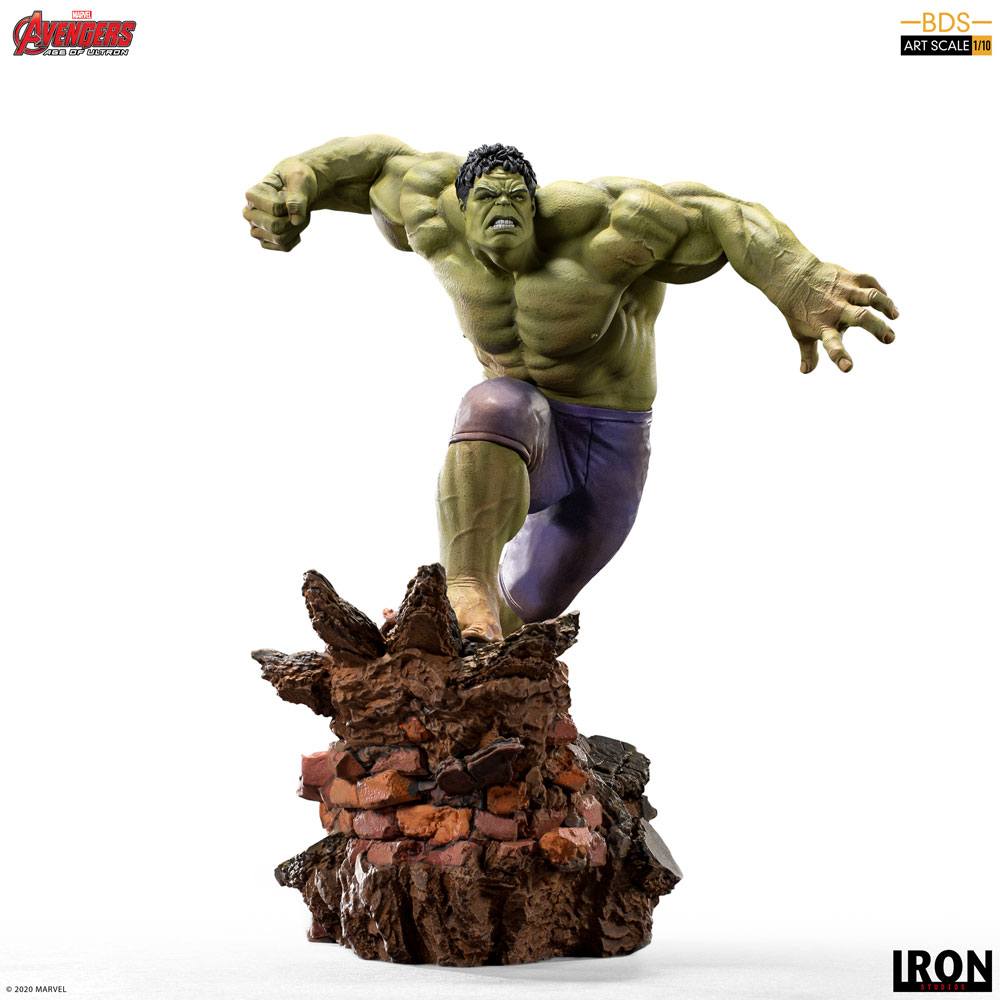 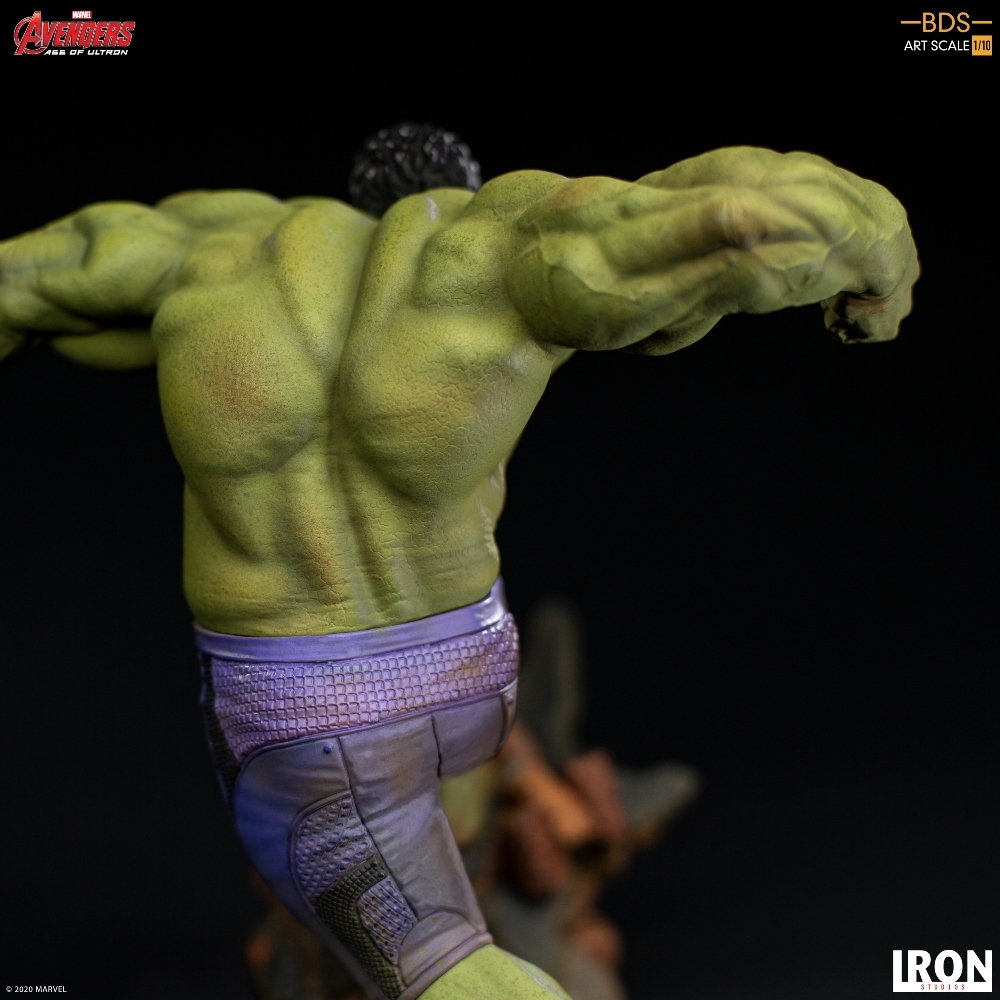 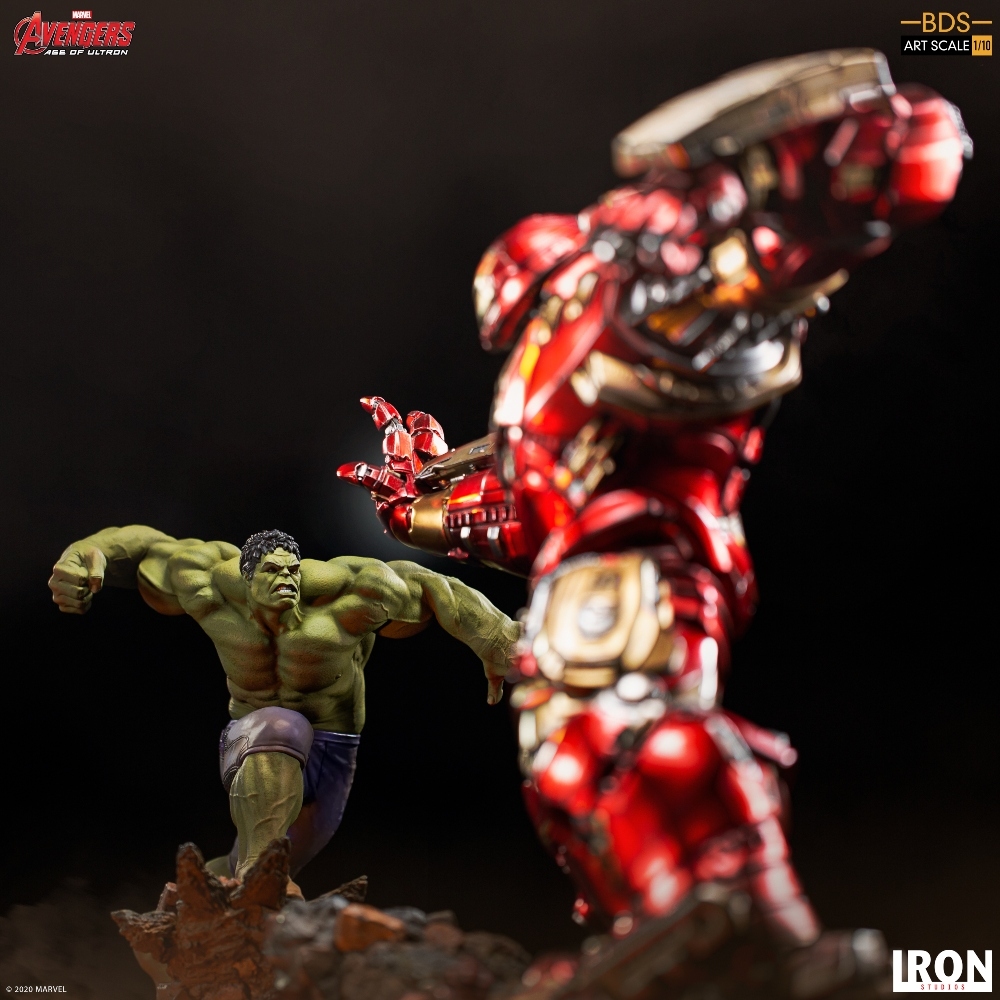 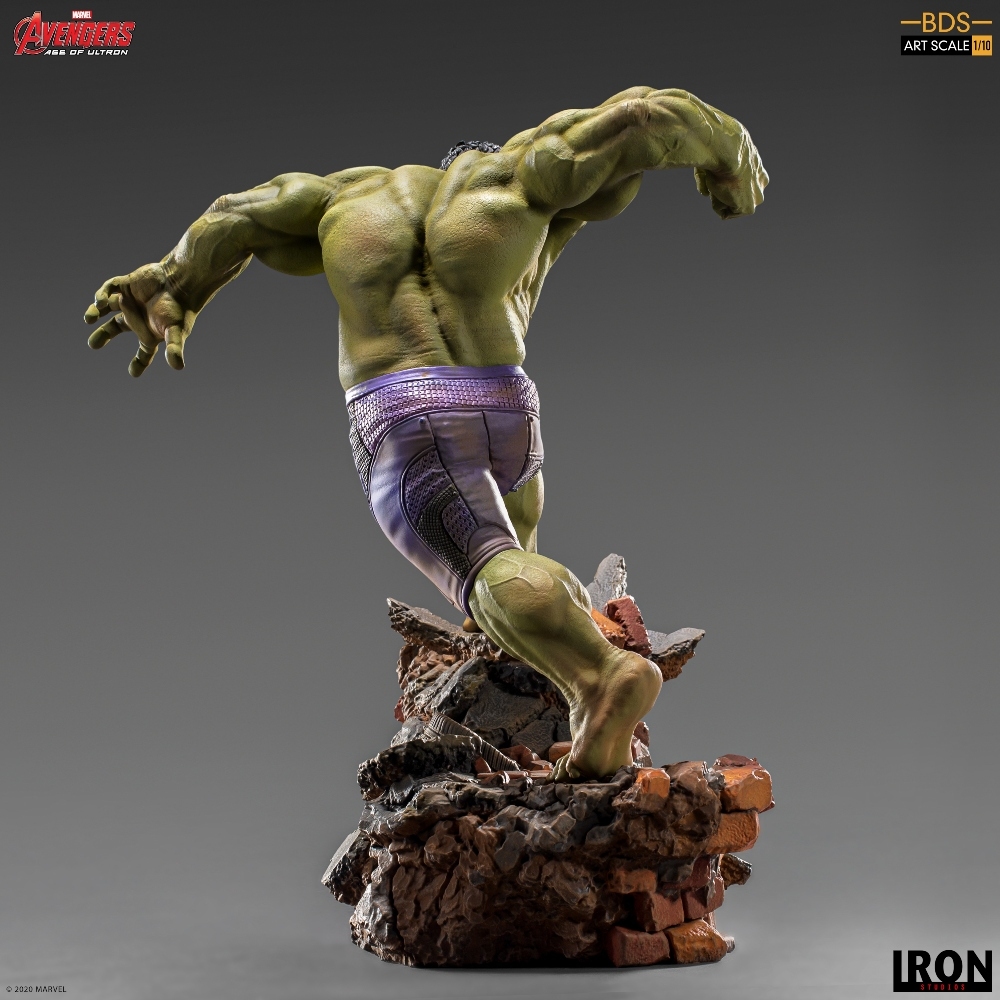 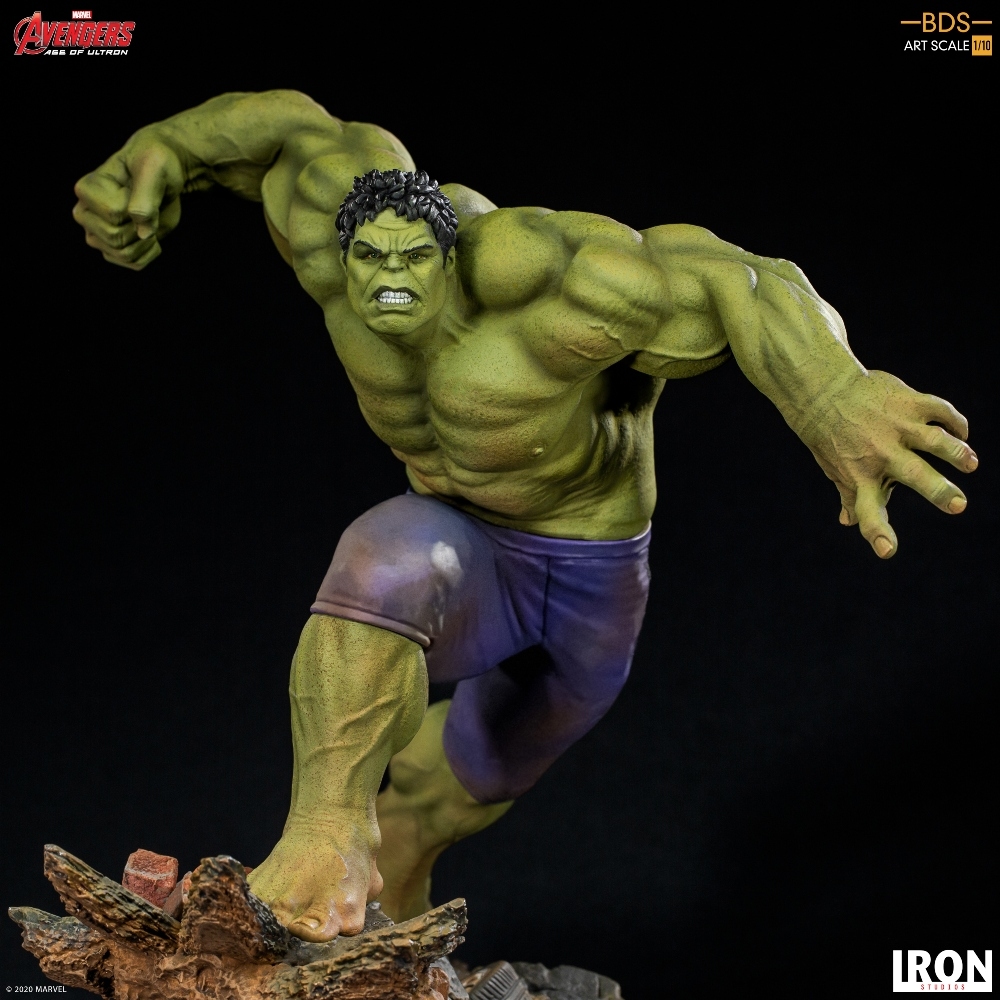 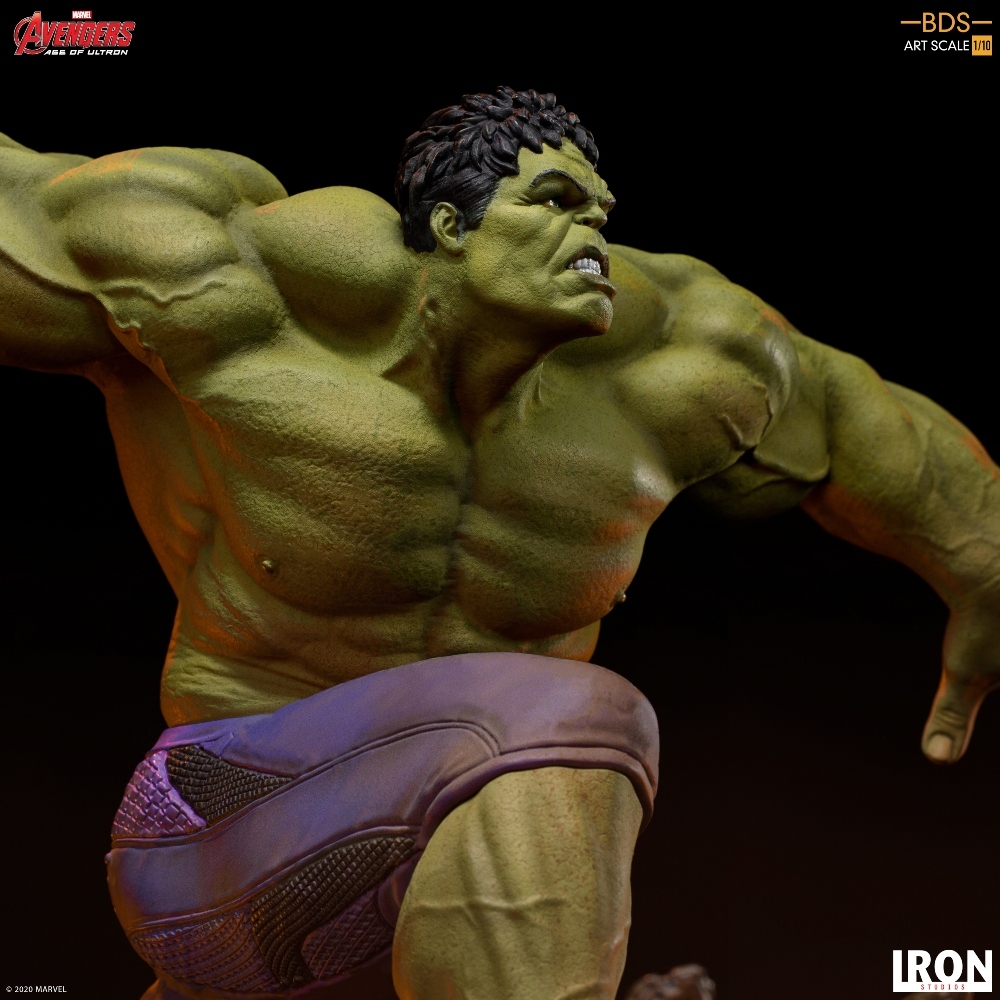 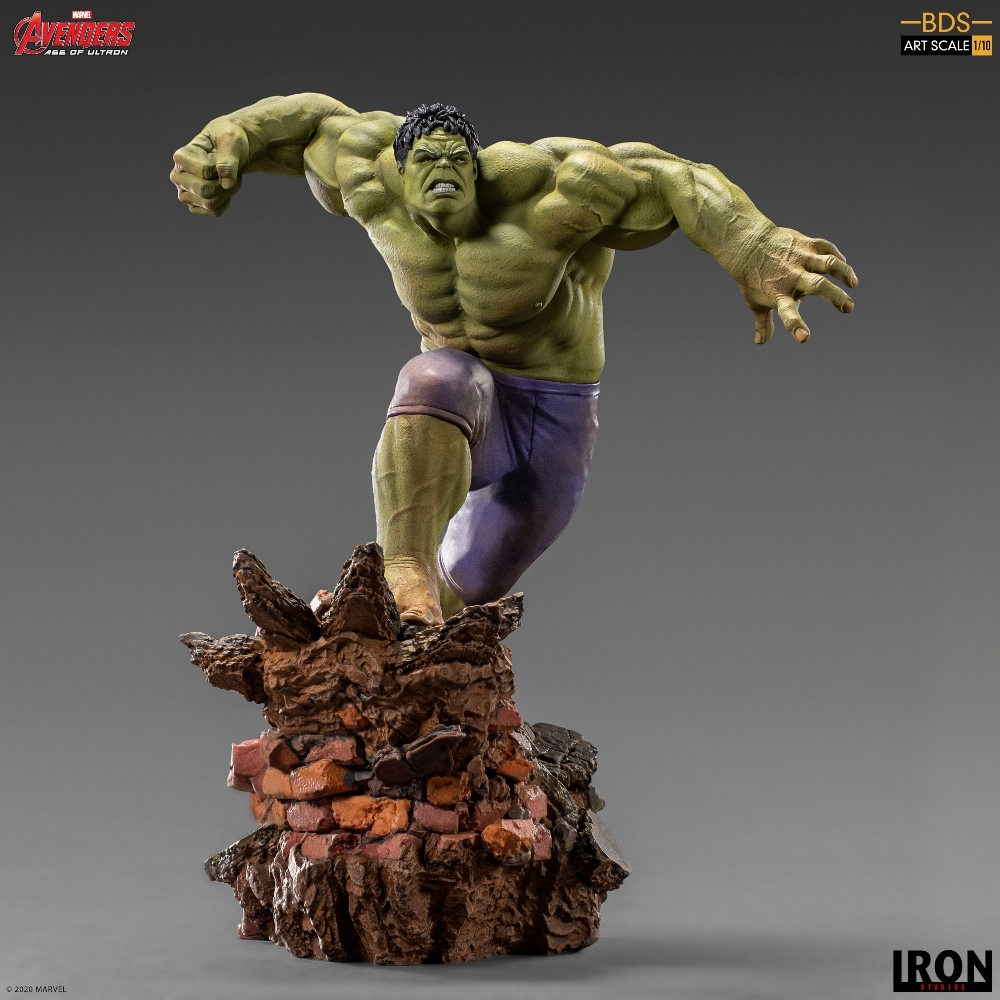 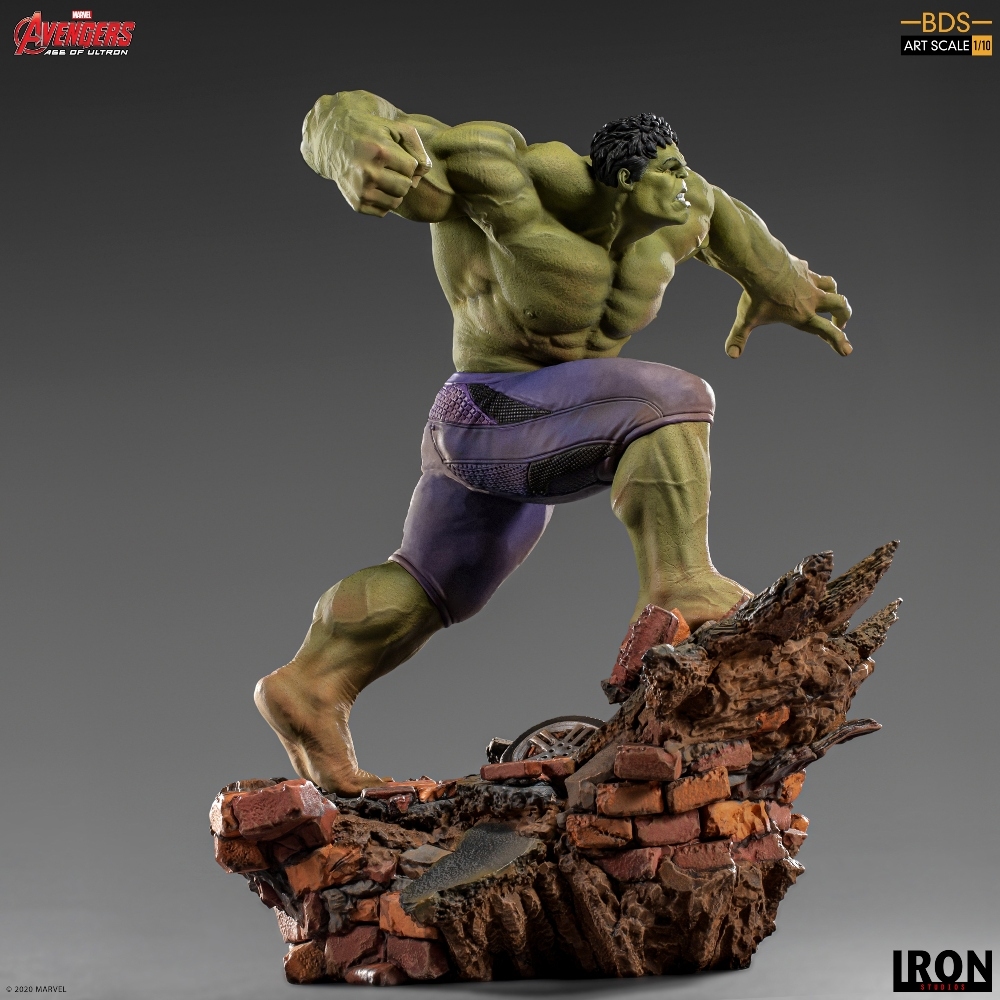 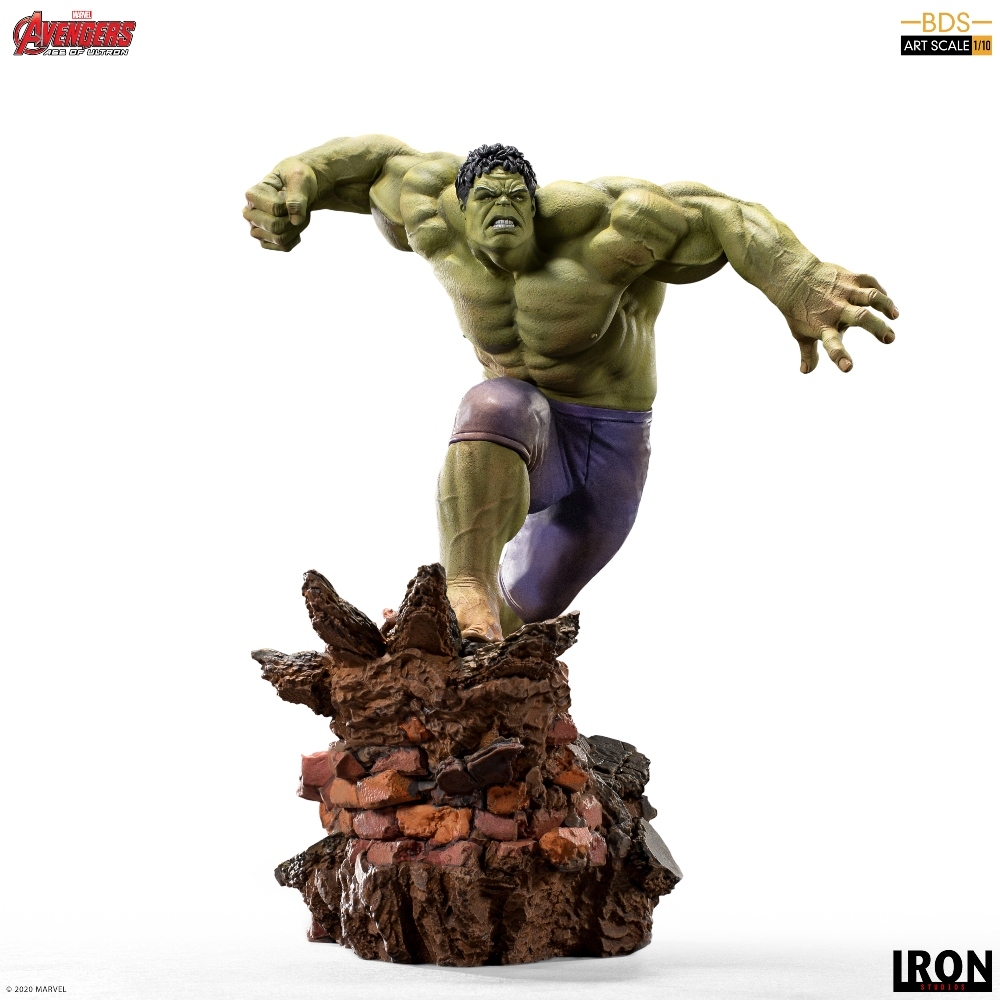 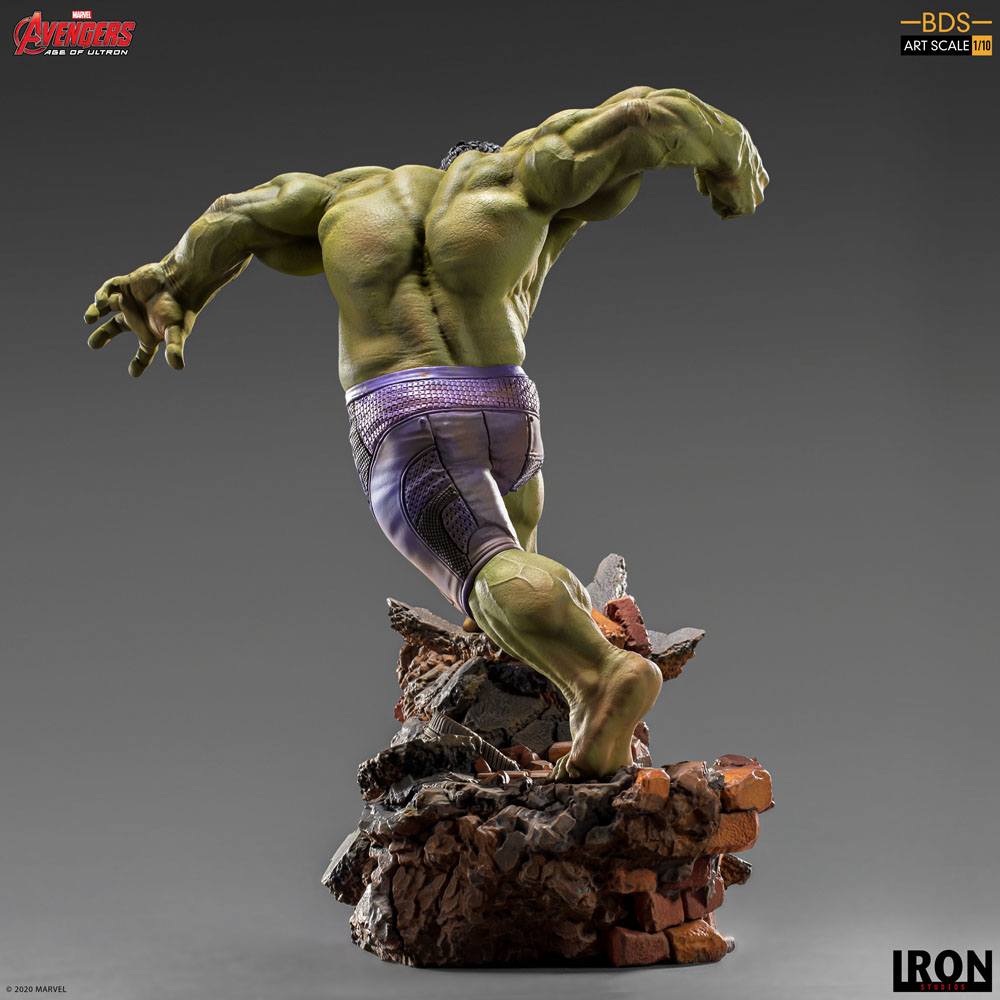 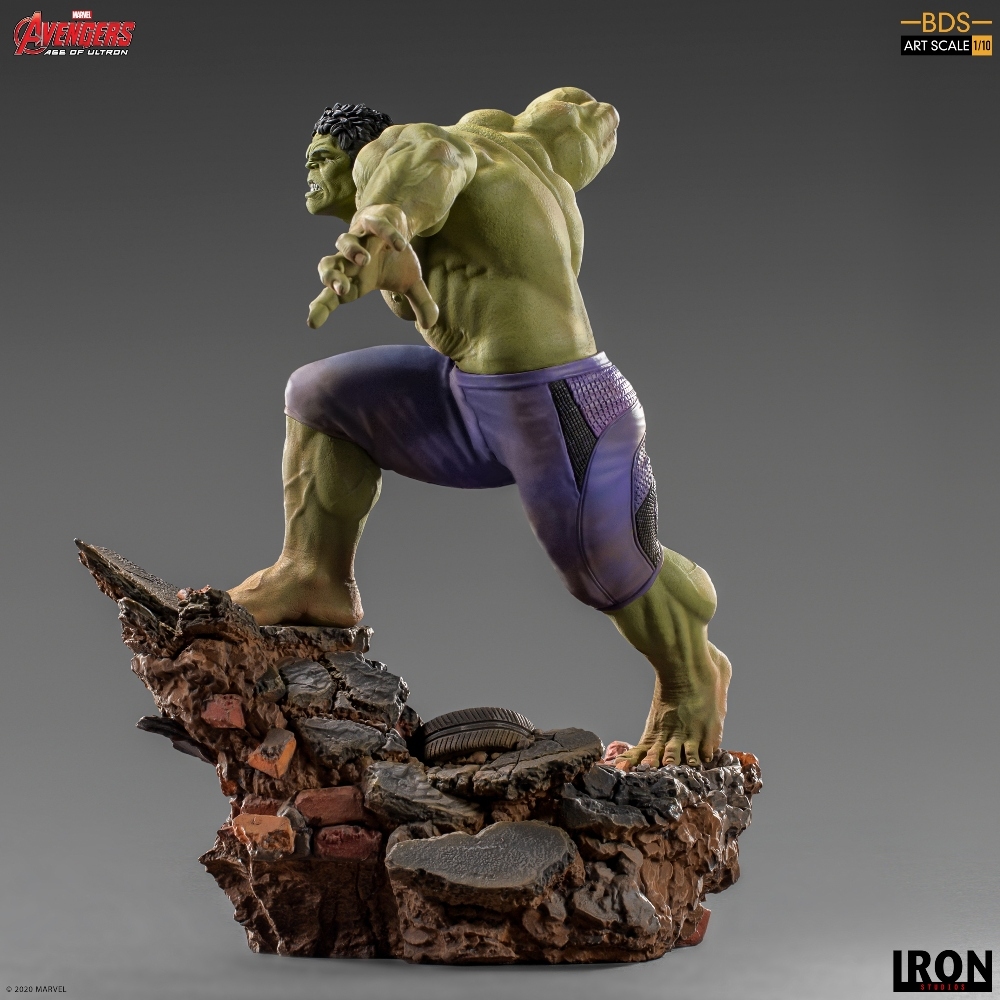 Climbing a pile of debris, the Green Goliath prepares to jump and unleash all its fury with its clenched fist on the giant metallic rival. Thus Iron Studios presents its statue \”Hulk BDS Art Scale 1/10 – Avengers: Age of Ultron\”, figure that make up the titanic battle scenario of the furious Hulk, controlled by the still young Wanda Maximoff, against Iron Man in his most robust armor, created especially for this combat, and therefore called Hulkbuster, in one of the most memorable fights in the history of superhero films, presented in Avengers: Age of Ultron, from 2015.

With attention to the smallest details, from the texture of your skin, your vascular system in evidence with its bulging veins, to details of the base with bricks, concrete slabs and rocks that form the debris resulting from this devastating combat, seeking maximum realism.