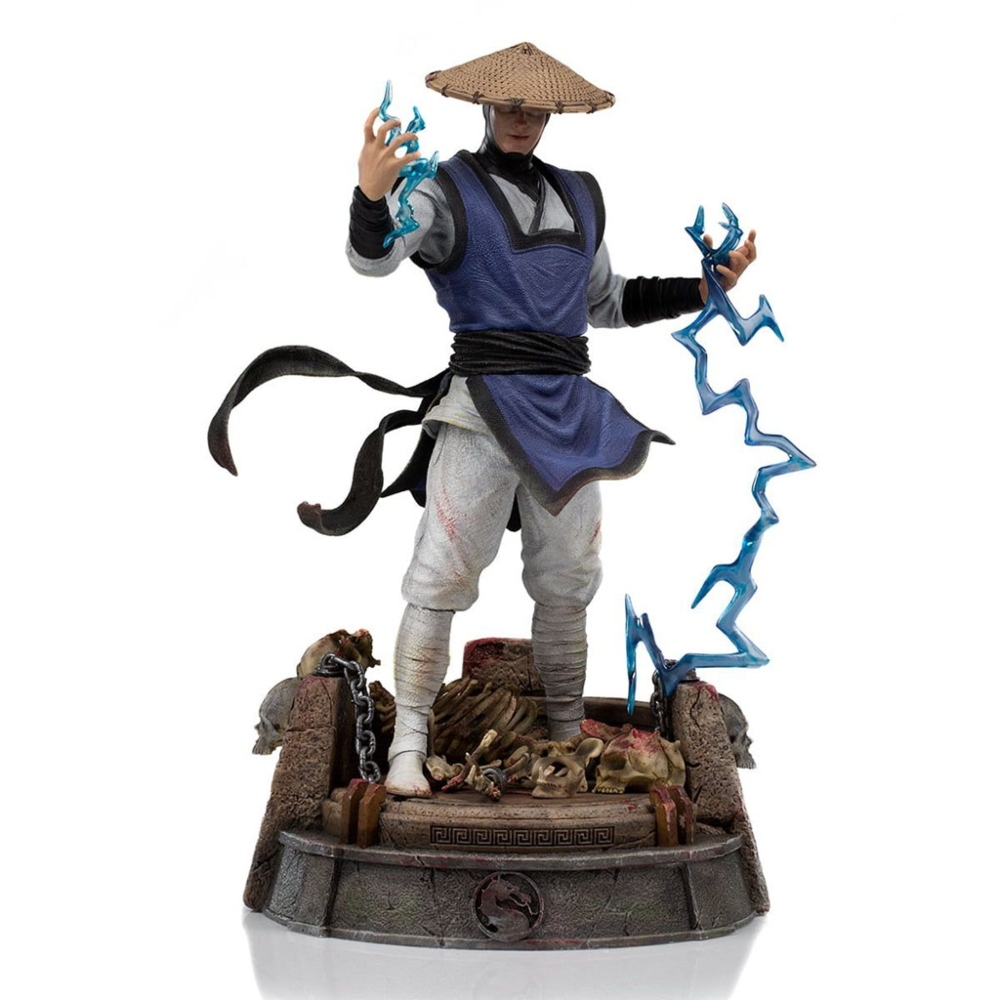 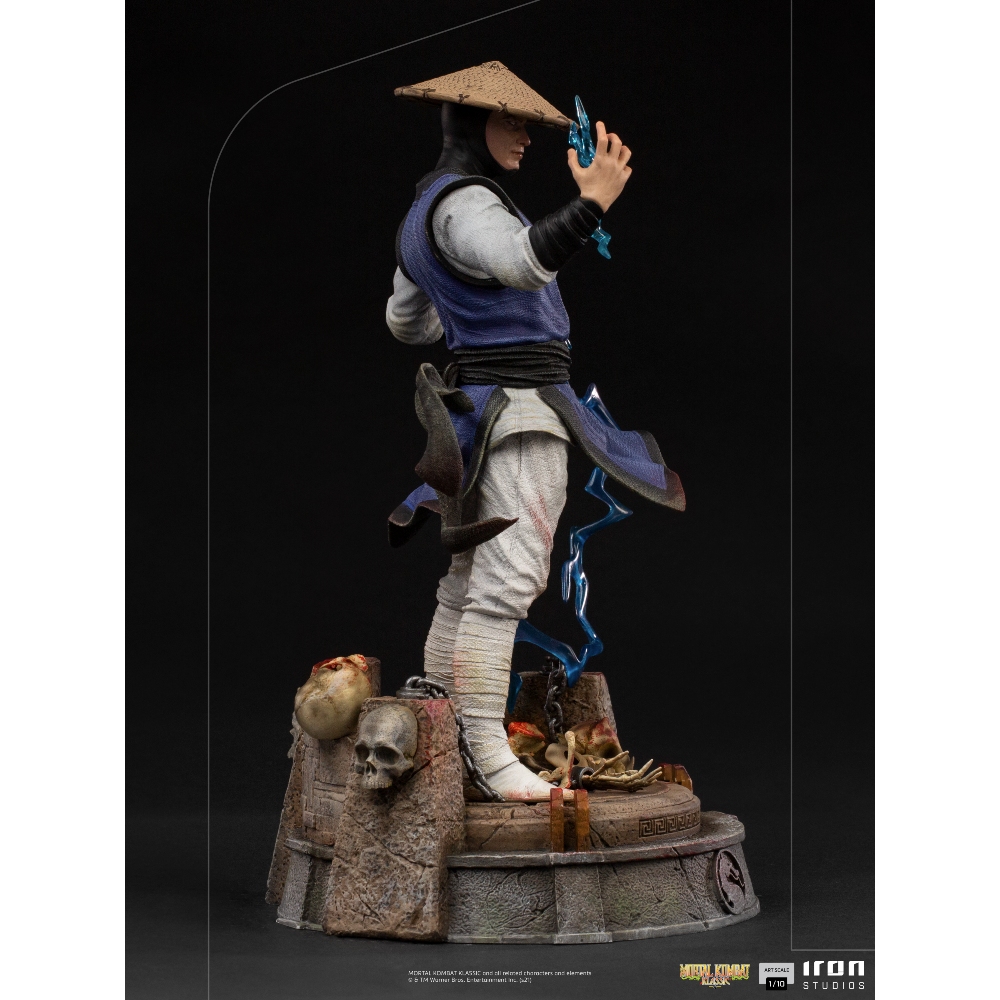 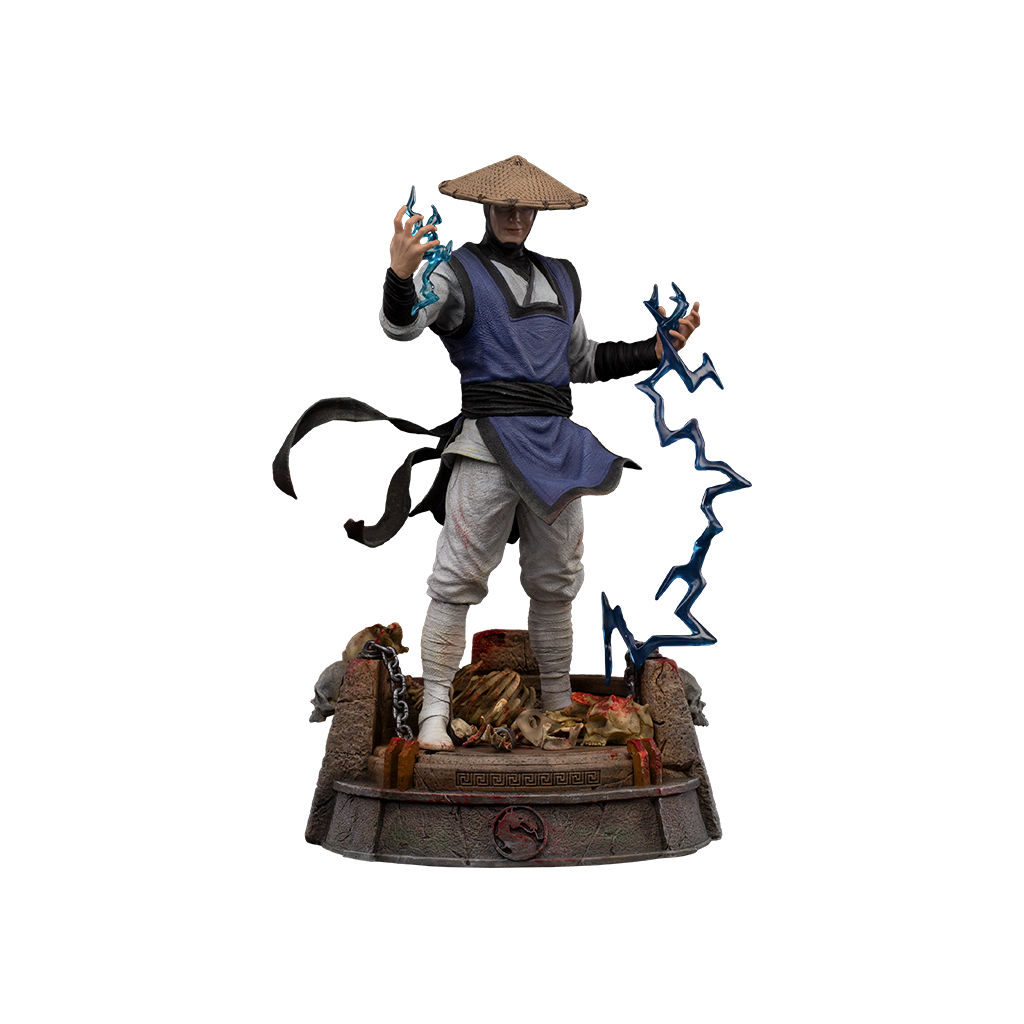 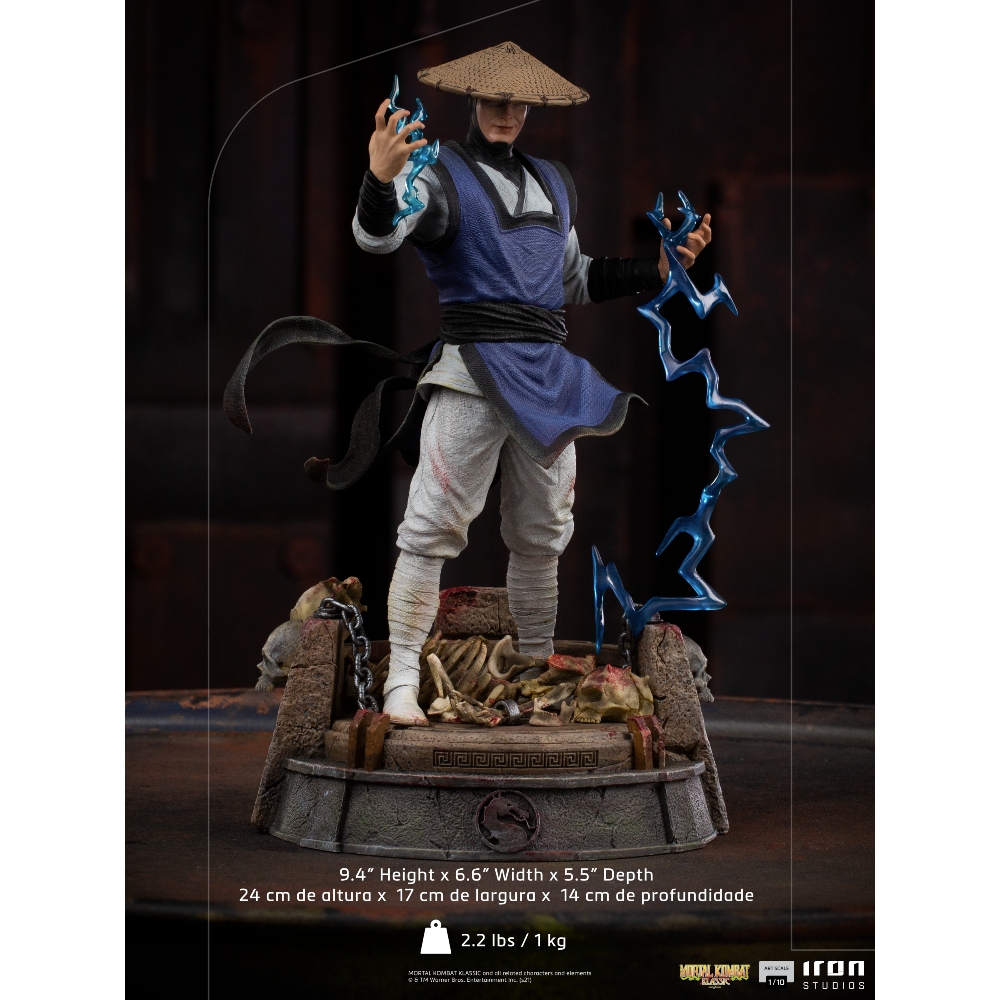 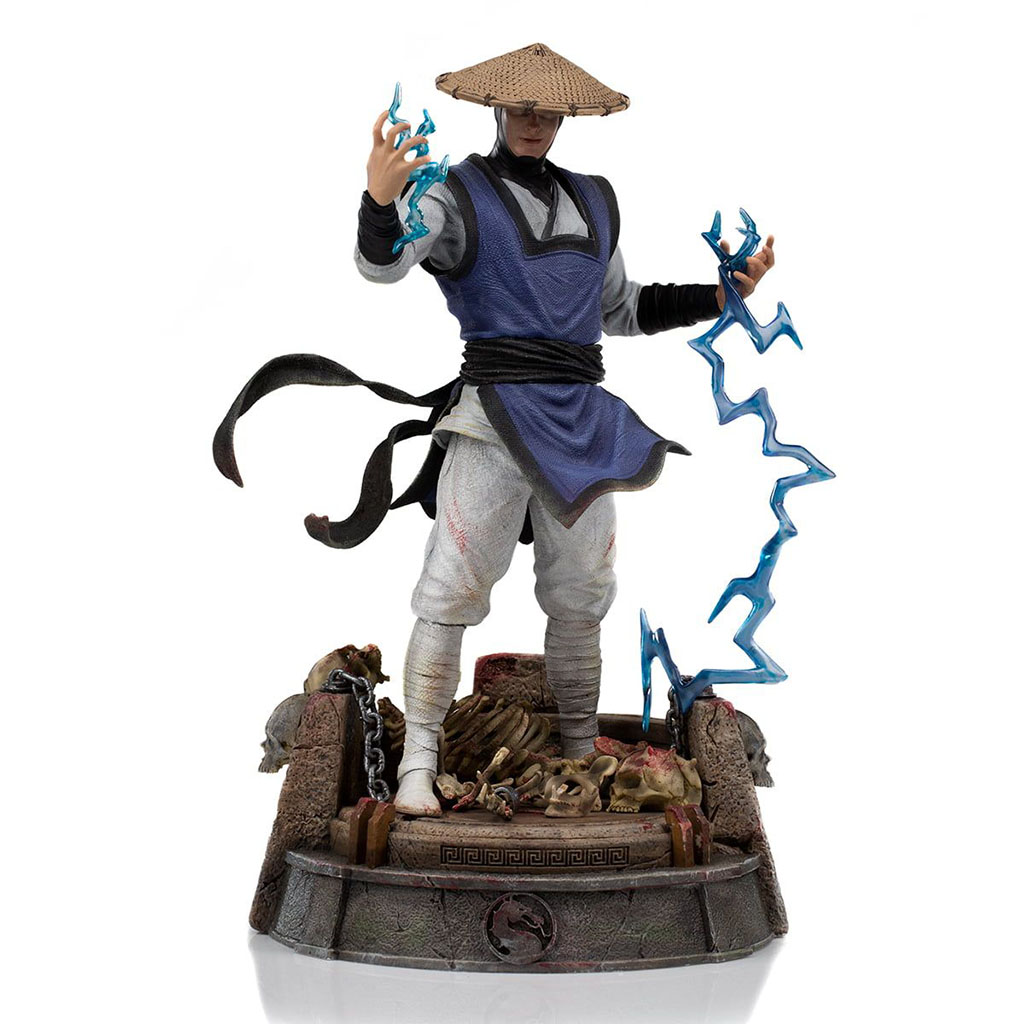 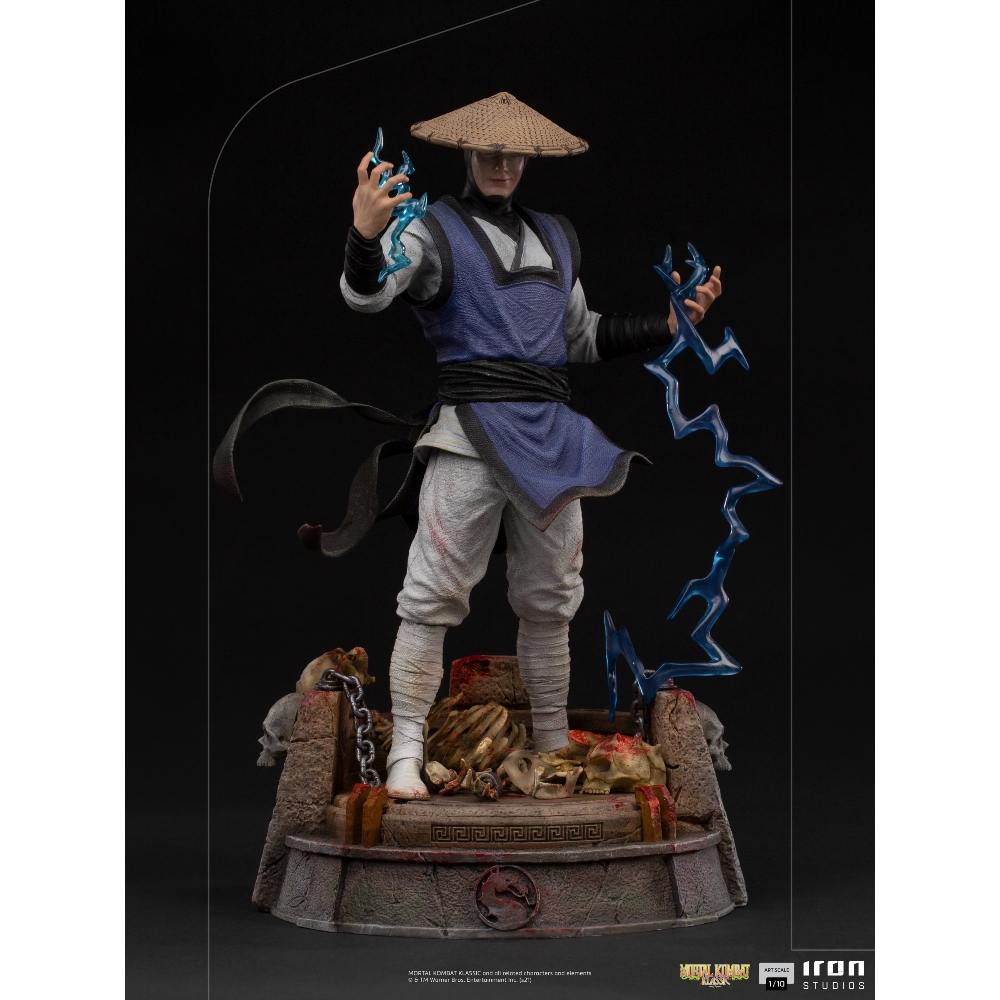 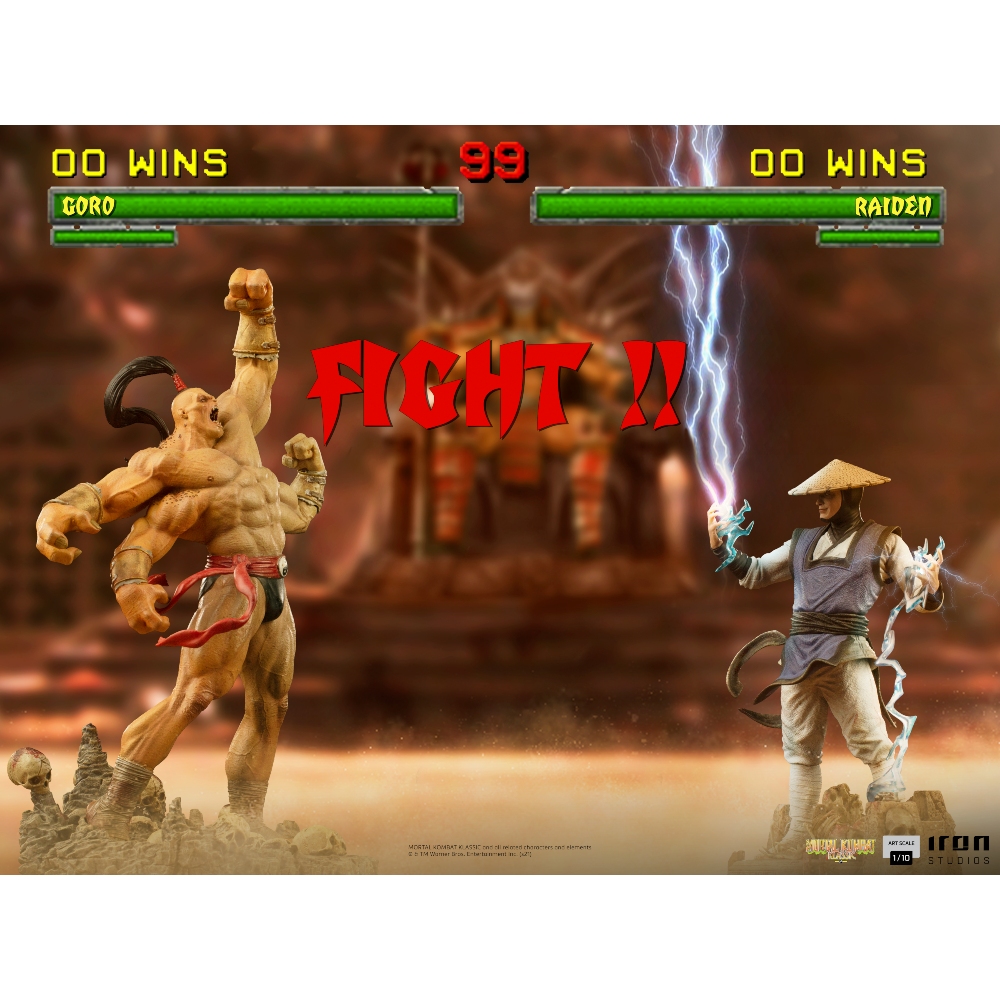 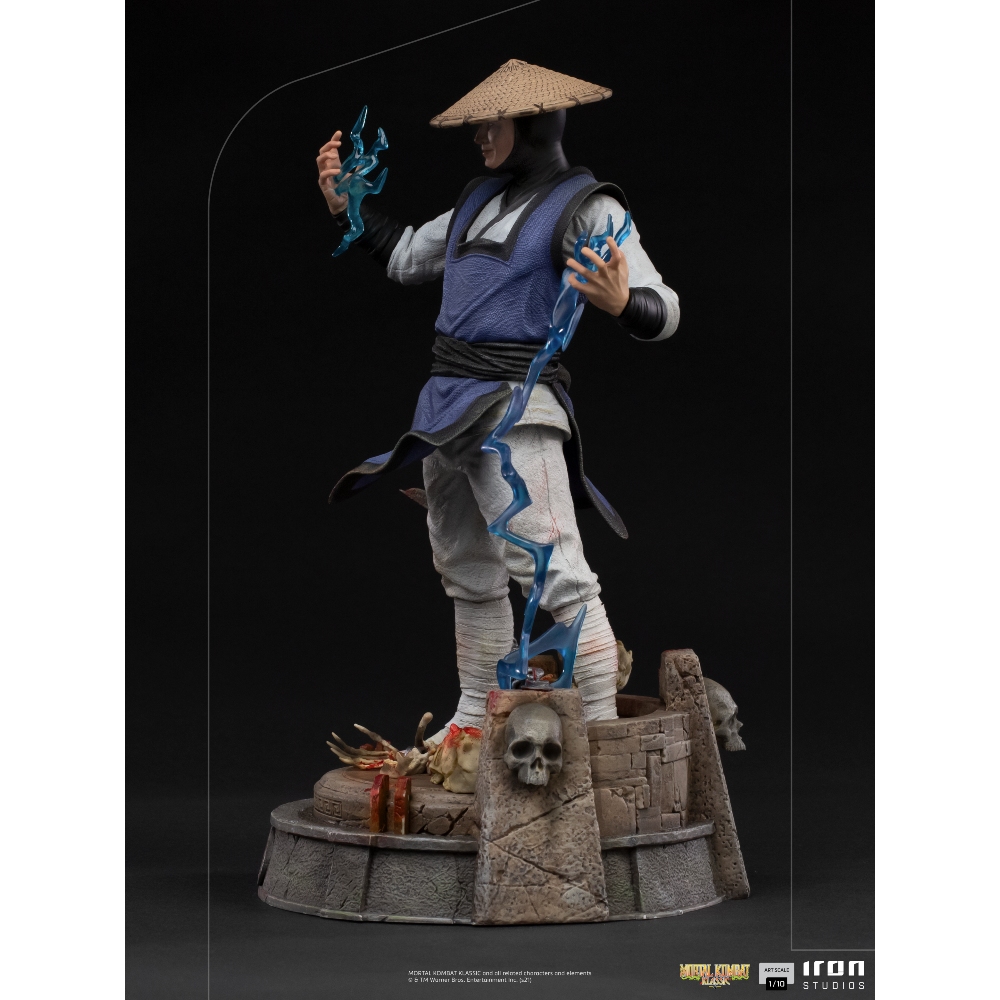 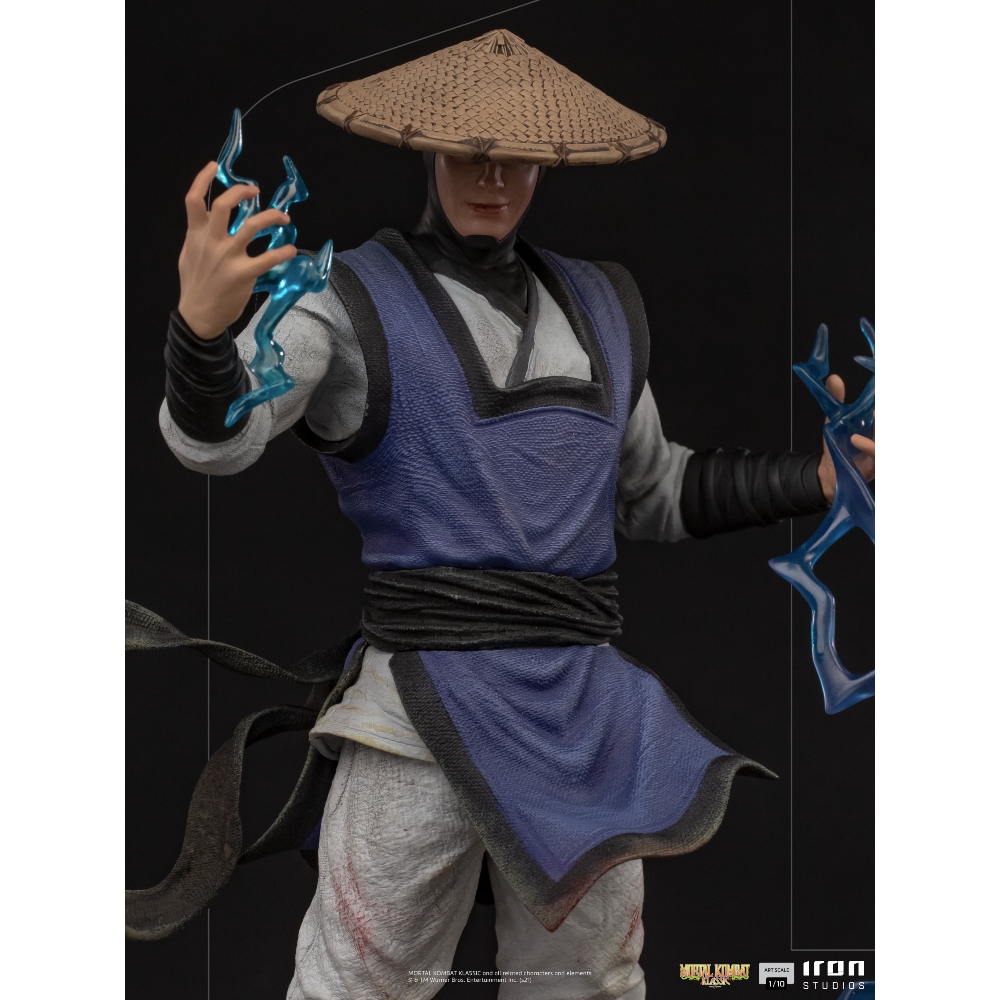 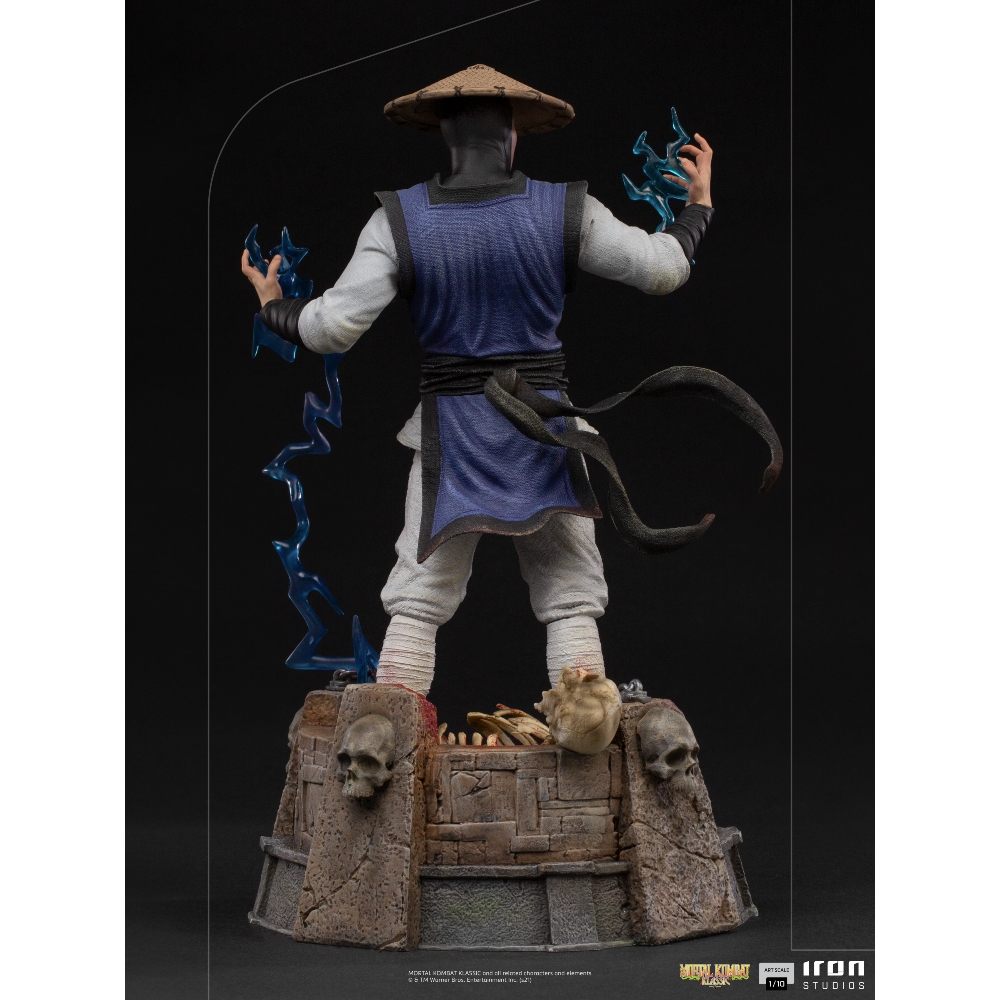 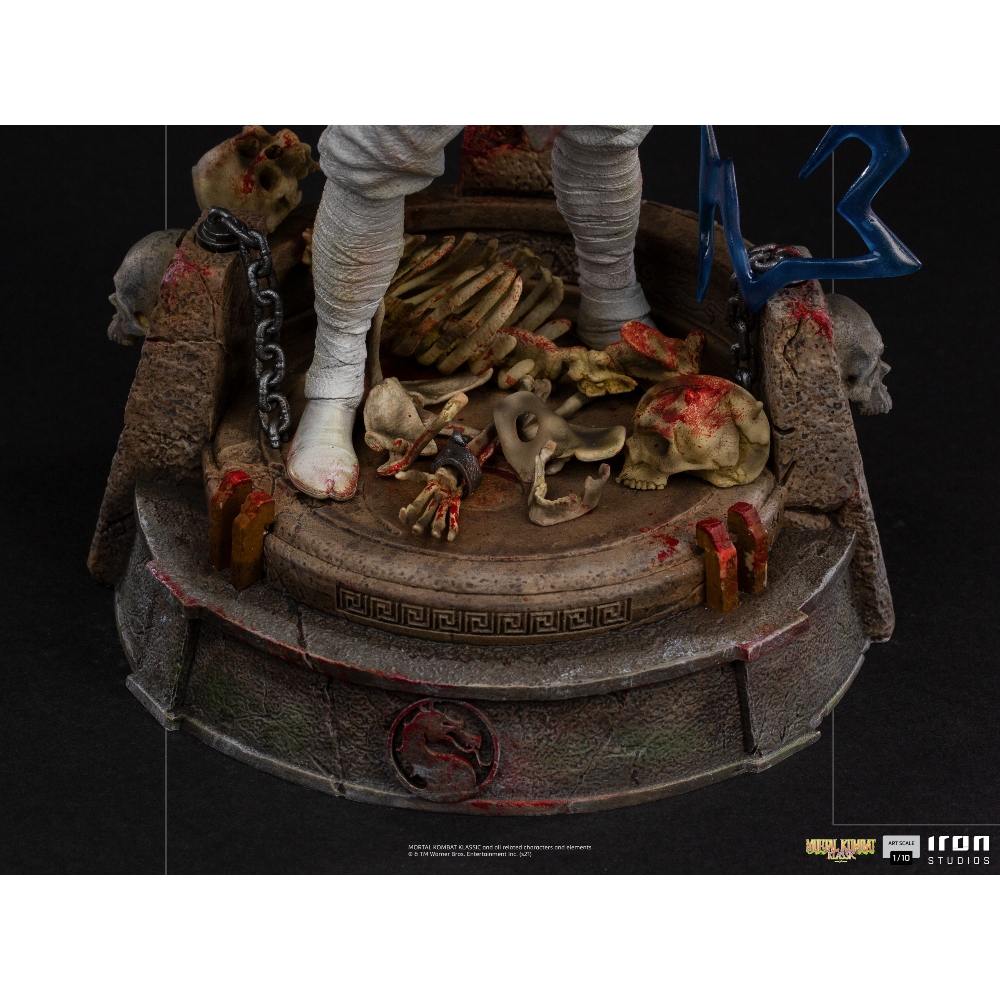 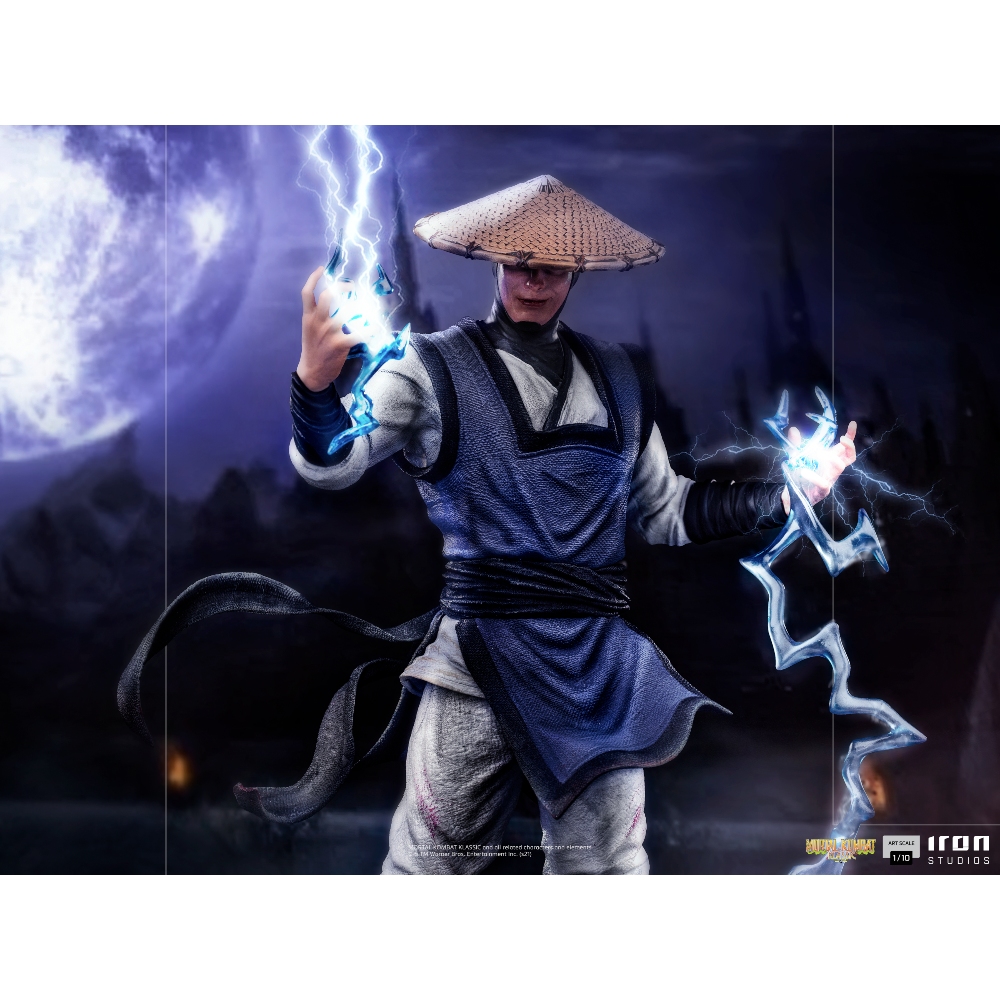 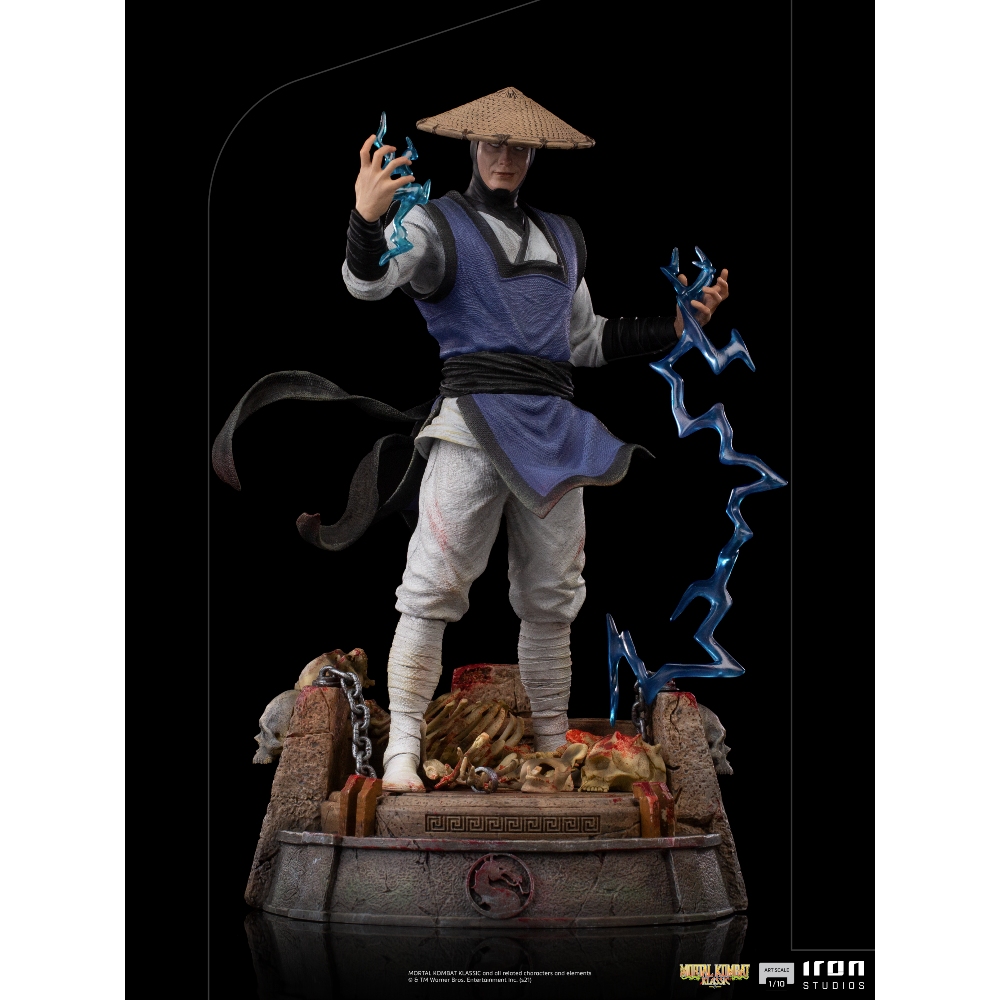 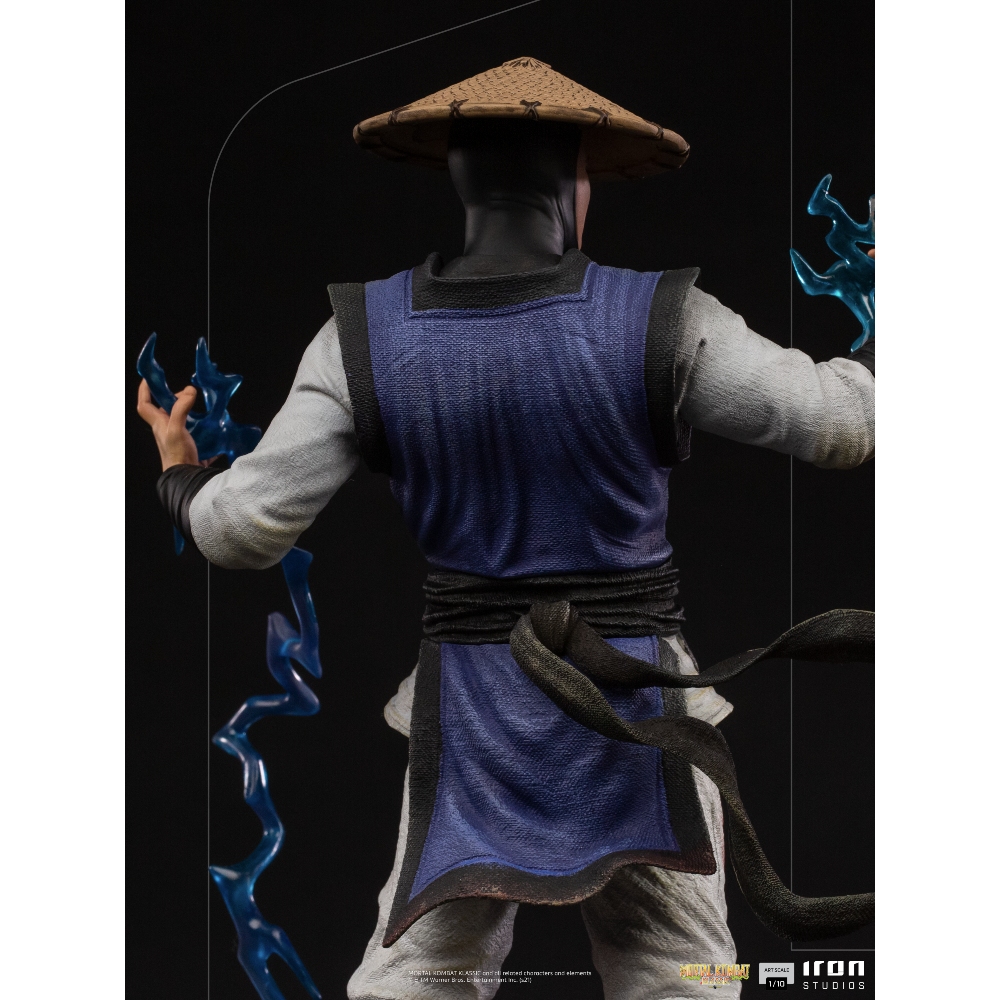 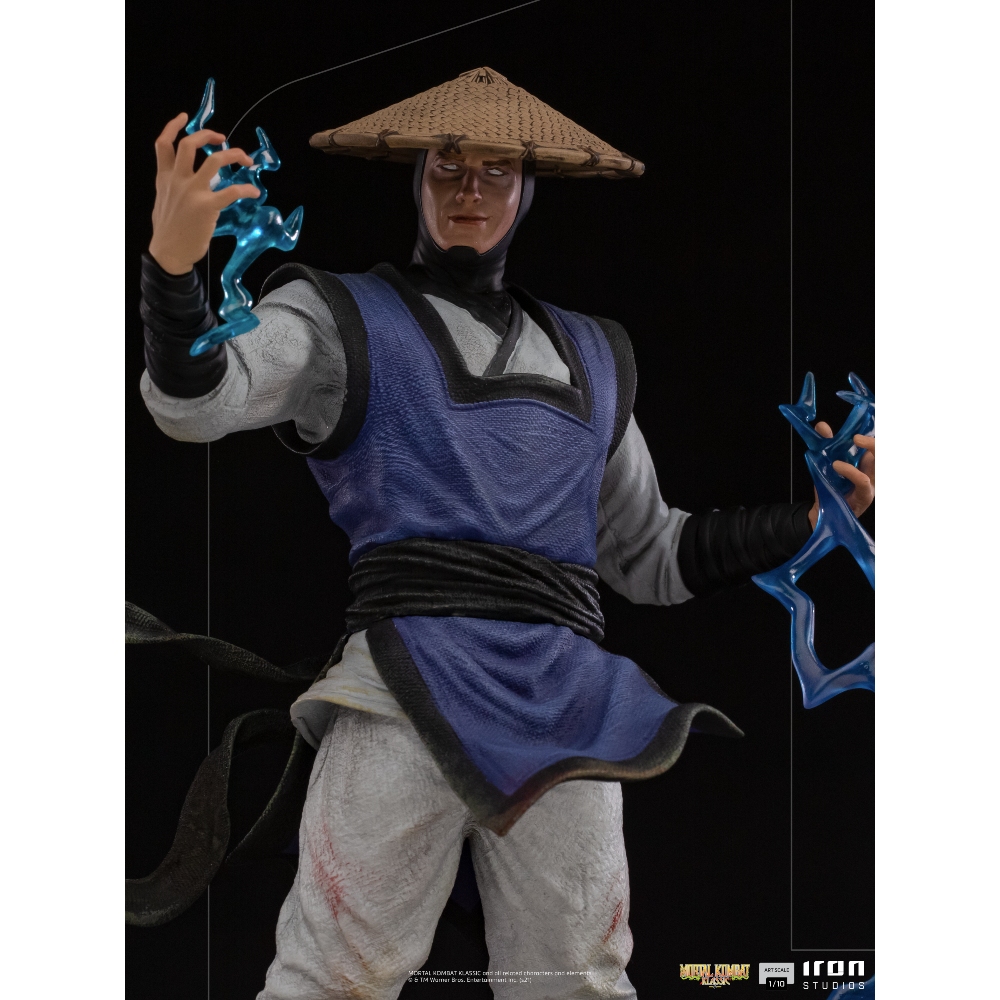 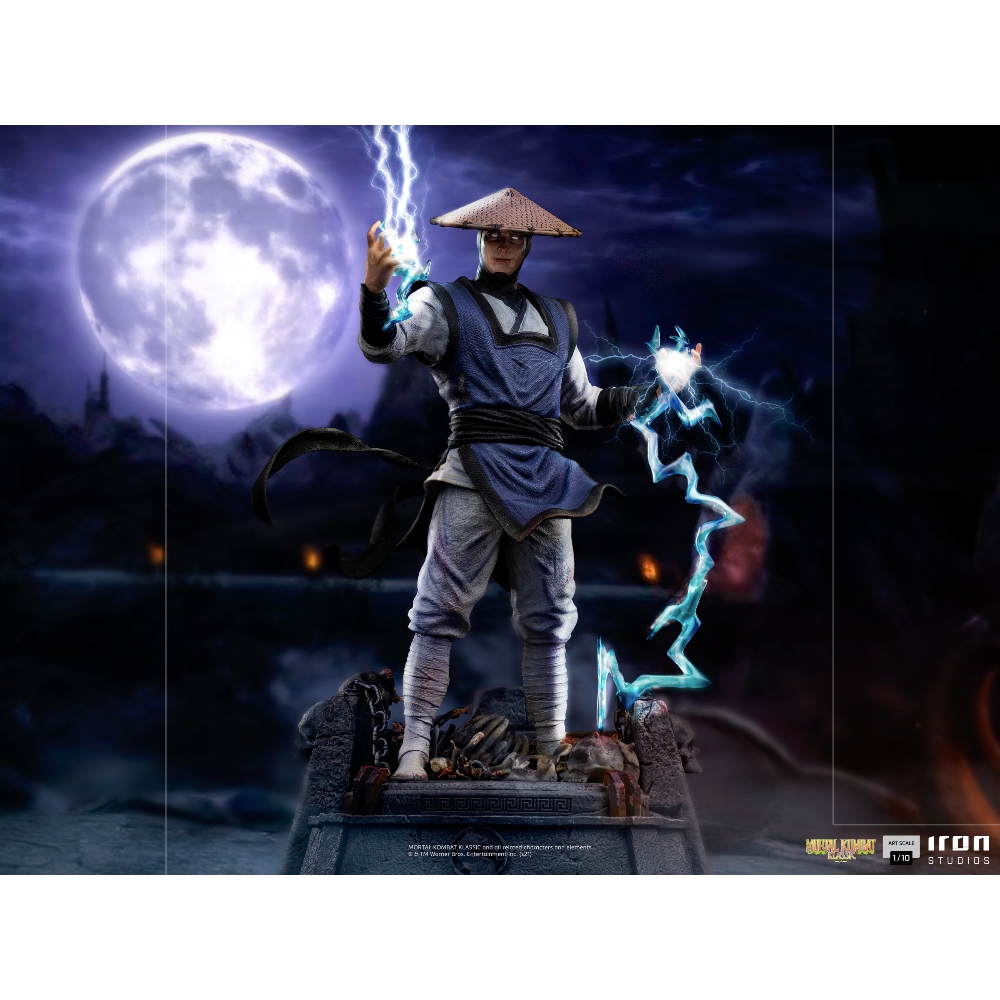 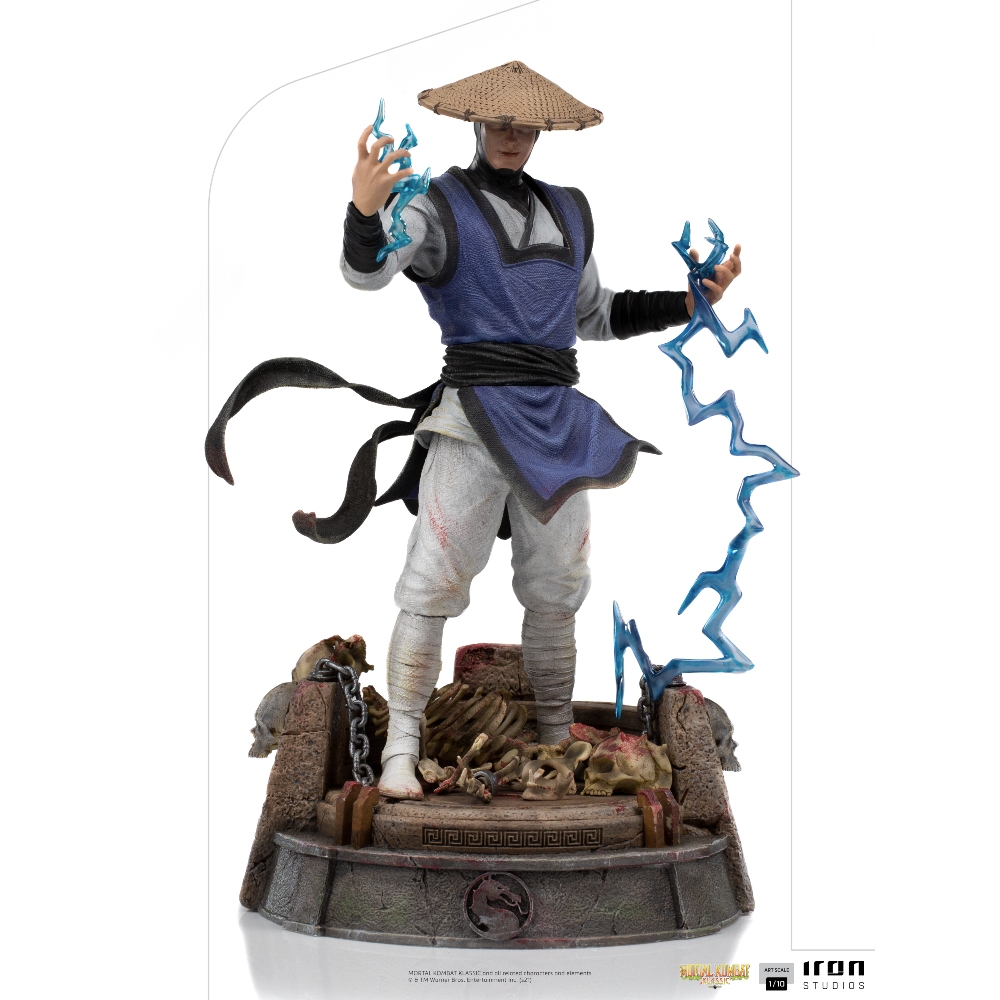 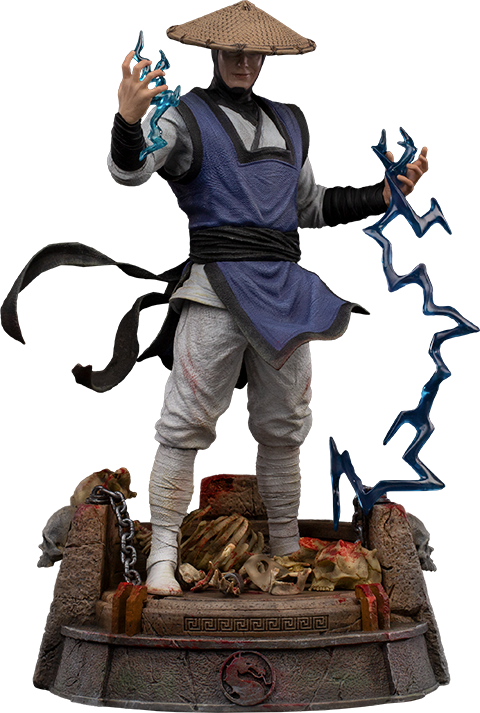 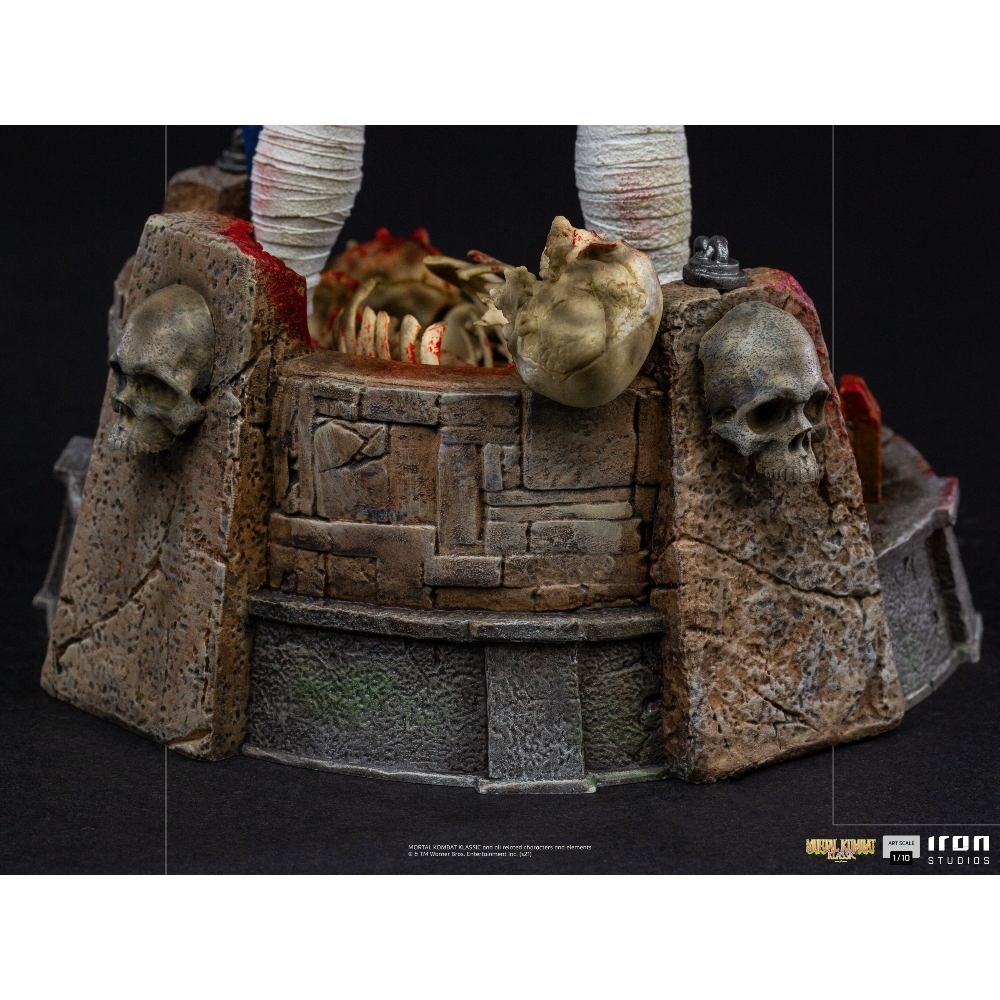 With his enigmatic face, half hidden by the shadows of a traditional Chinese straw hat, his bright white eyes refer to his supernatural status as an elderly deity, despite his human appearance. Wearing a white ninja kimono with a blue waistcoat, black bands wrapped around his wrists and a flowing black band around his waist, translucent electric lightning effects come out of his hands.

In this way, inspired by the look presented in the Mortal Kombat II game, Iron Studios proudly presents the Mortal Kombat God of Thunder in \”Statue Raiden Art Scale 1/10 – Mortal Kombat – Iron Studios\”, on a rustic altar base from the kingdom of Outworld, with bones and chains at his feet, skulls carved in small columns around him and the dragon symbol of the ancient tournament on the front. Raiden adds to the already revealed fearsome villains Goro and Shao Kahn in the Mortal Kombat collection from Iron Studios, which promises to bring in the future other legendary figures from the cult series of fighting games created by Ed Boon and John Tobias.

Mortal Kombat is a martial arts tournament that takes place between different kingdoms or dimensions from generation to generation, and needs to be won 10 times in a row to guarantee the winner the chance to dominate the competition\’s realm. Raiden is the protector of the earth plan and one of the few to appear in every game in the franchise. He often leads the forces of good against evil and plays an essential role in the series\’ history and games. Raiden has many abilities such as teleportation and lightning control and because he is an ancestral god, even if his human form is destroyed, he re-materializes later somewhere.