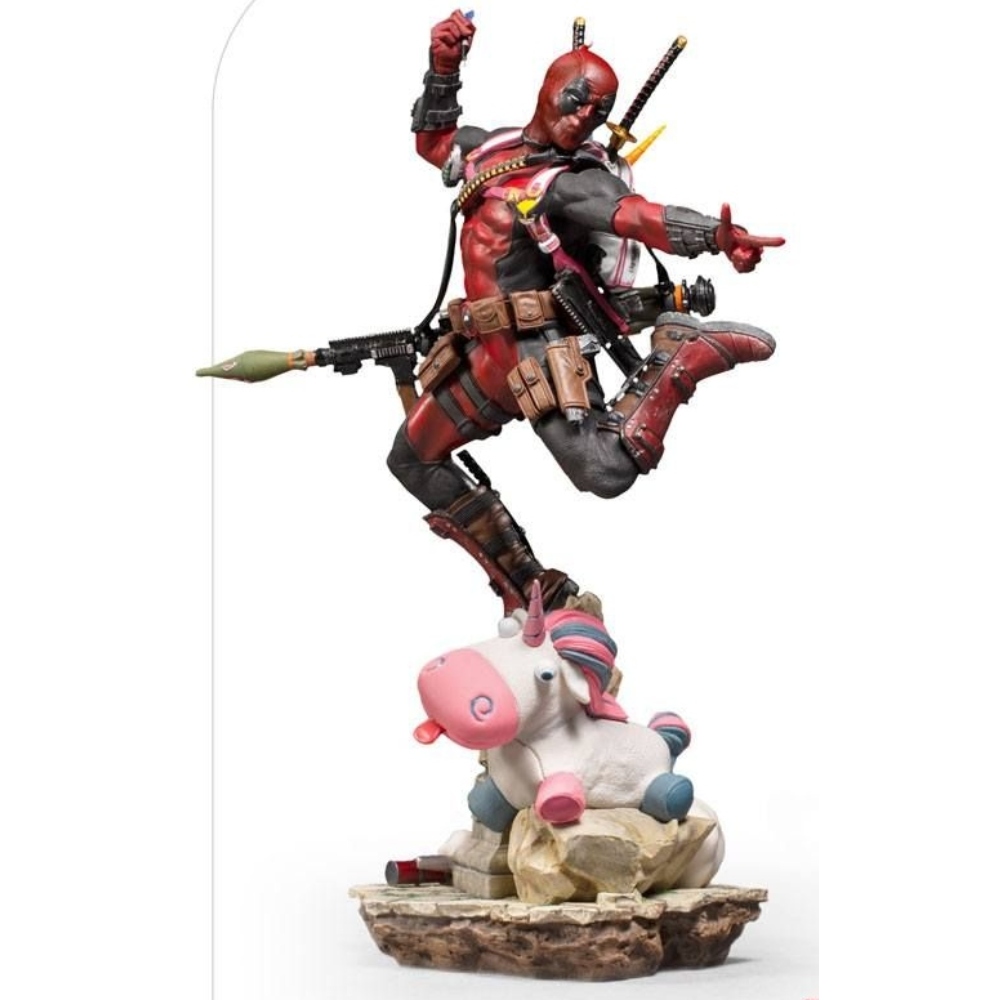 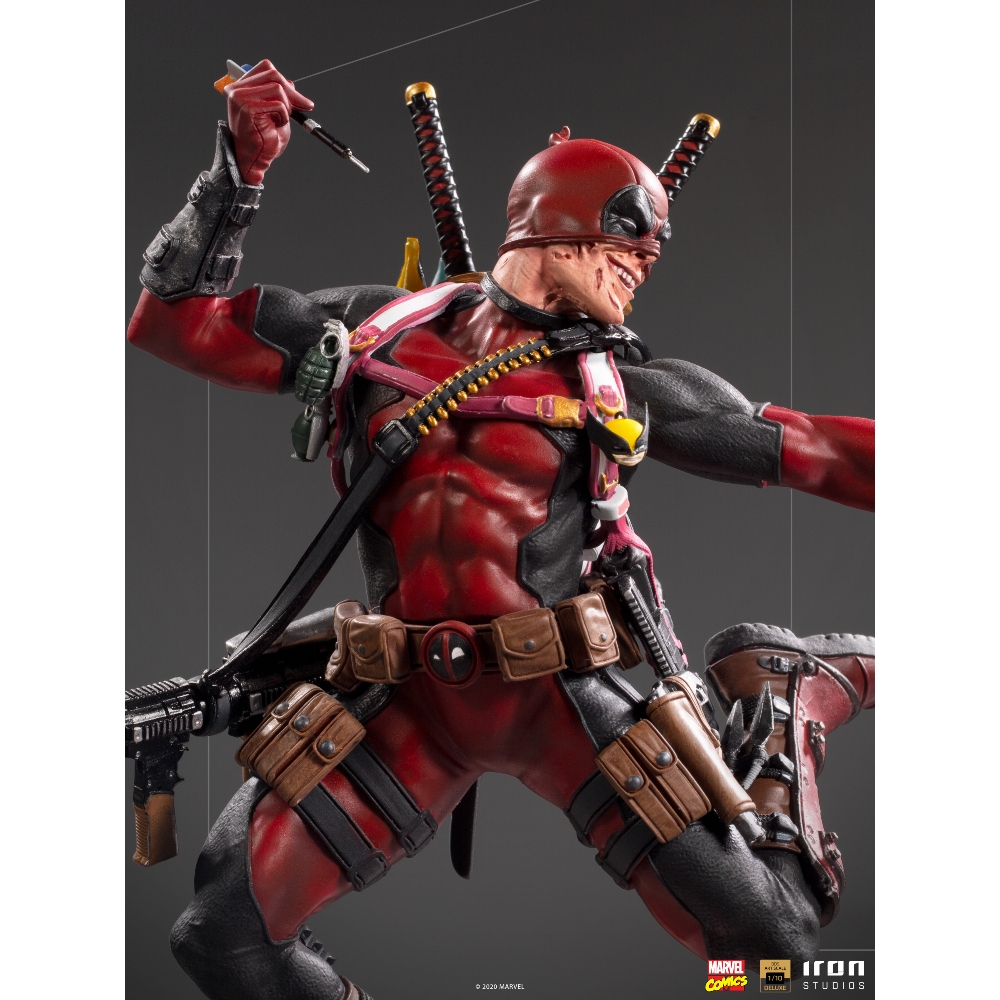 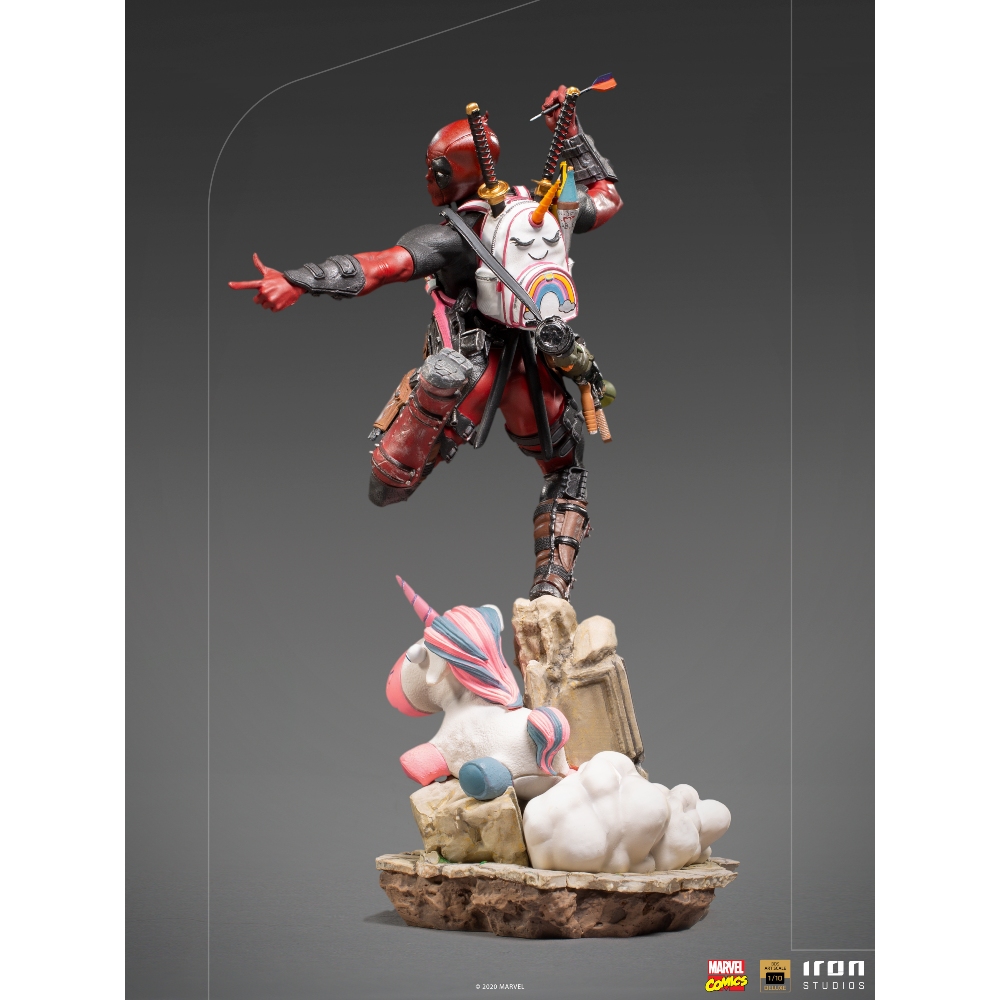 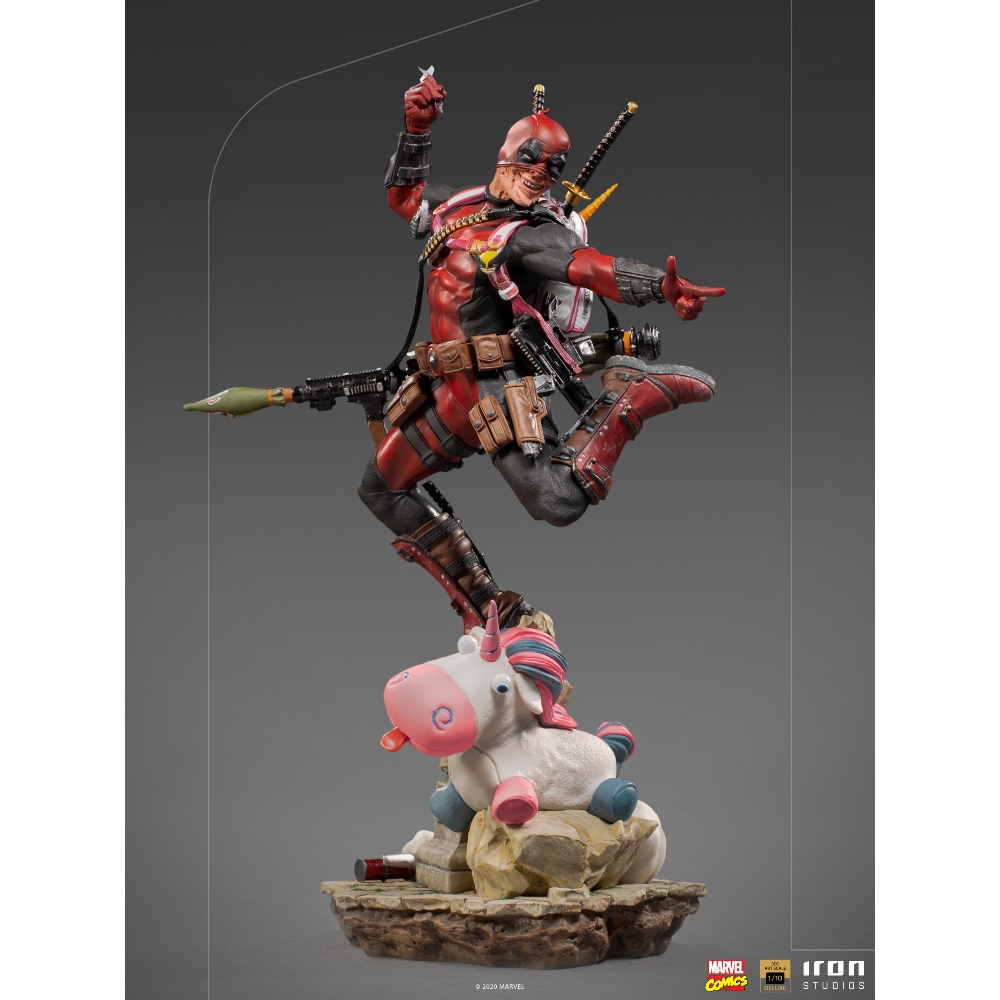 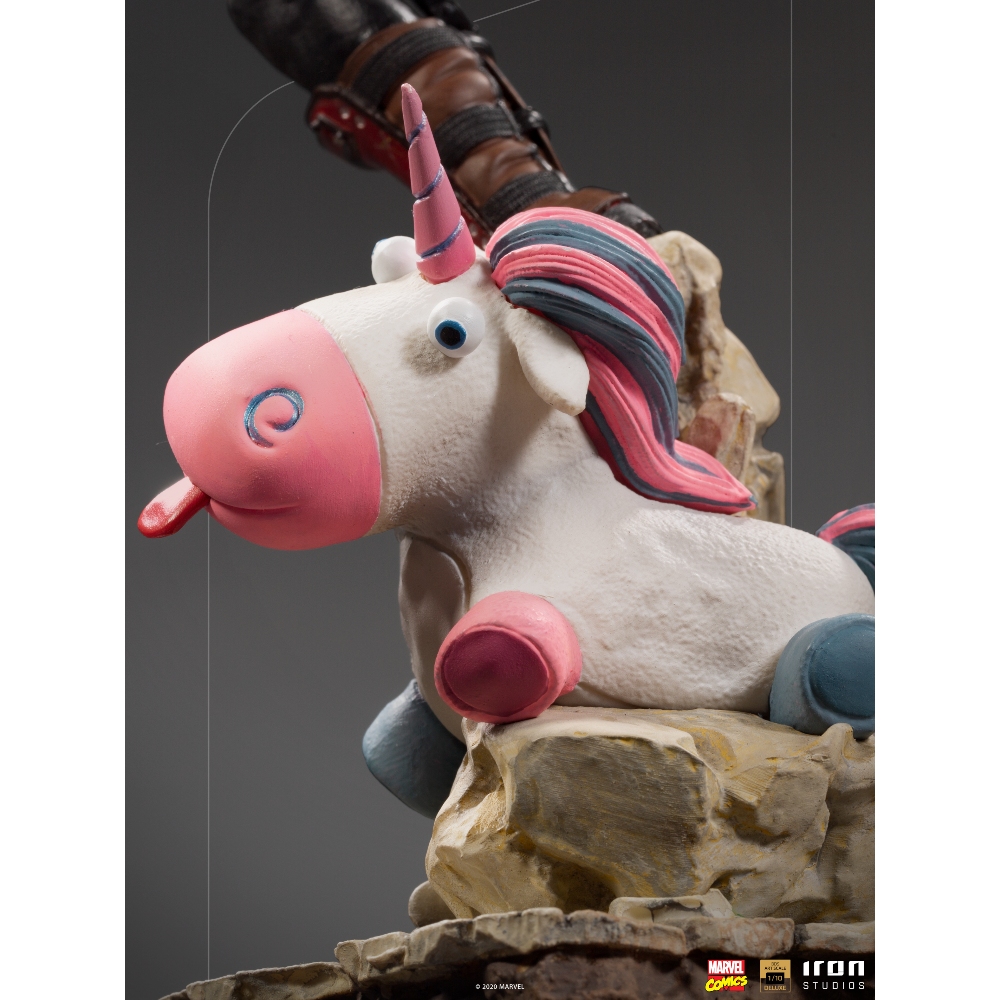 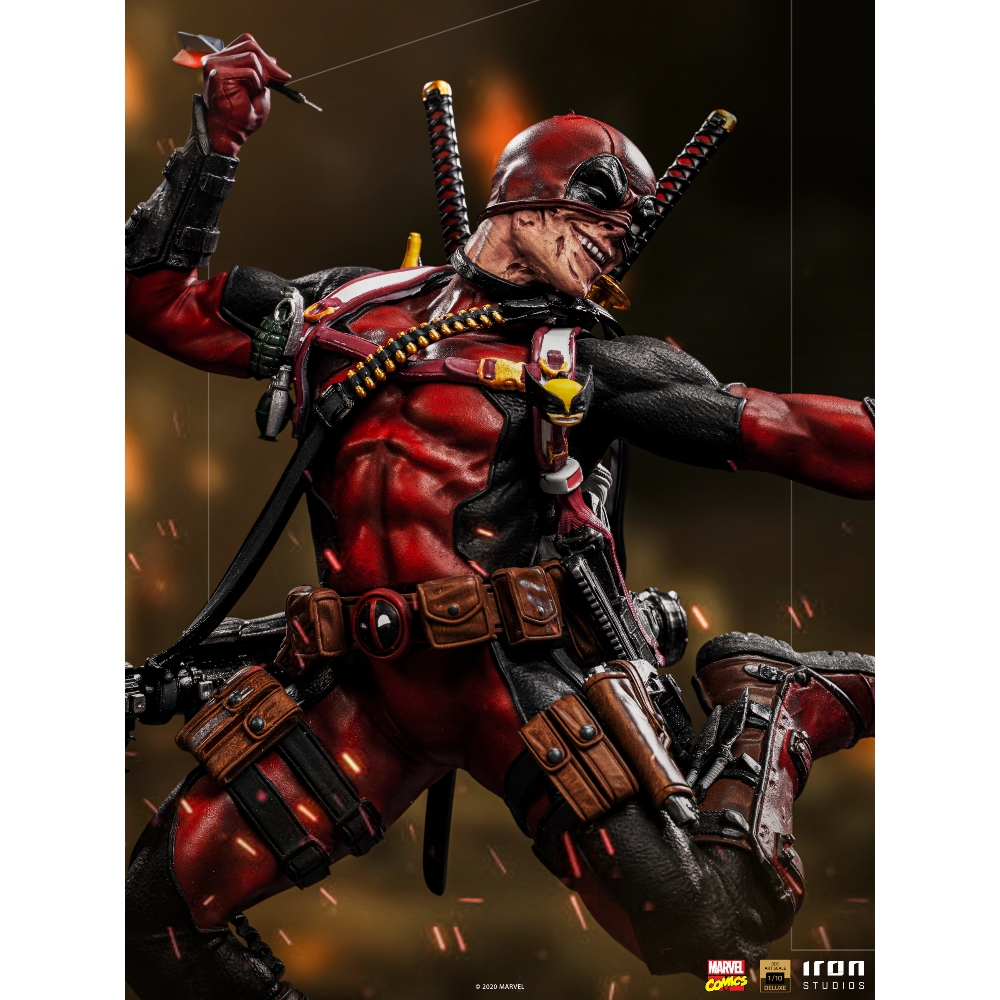 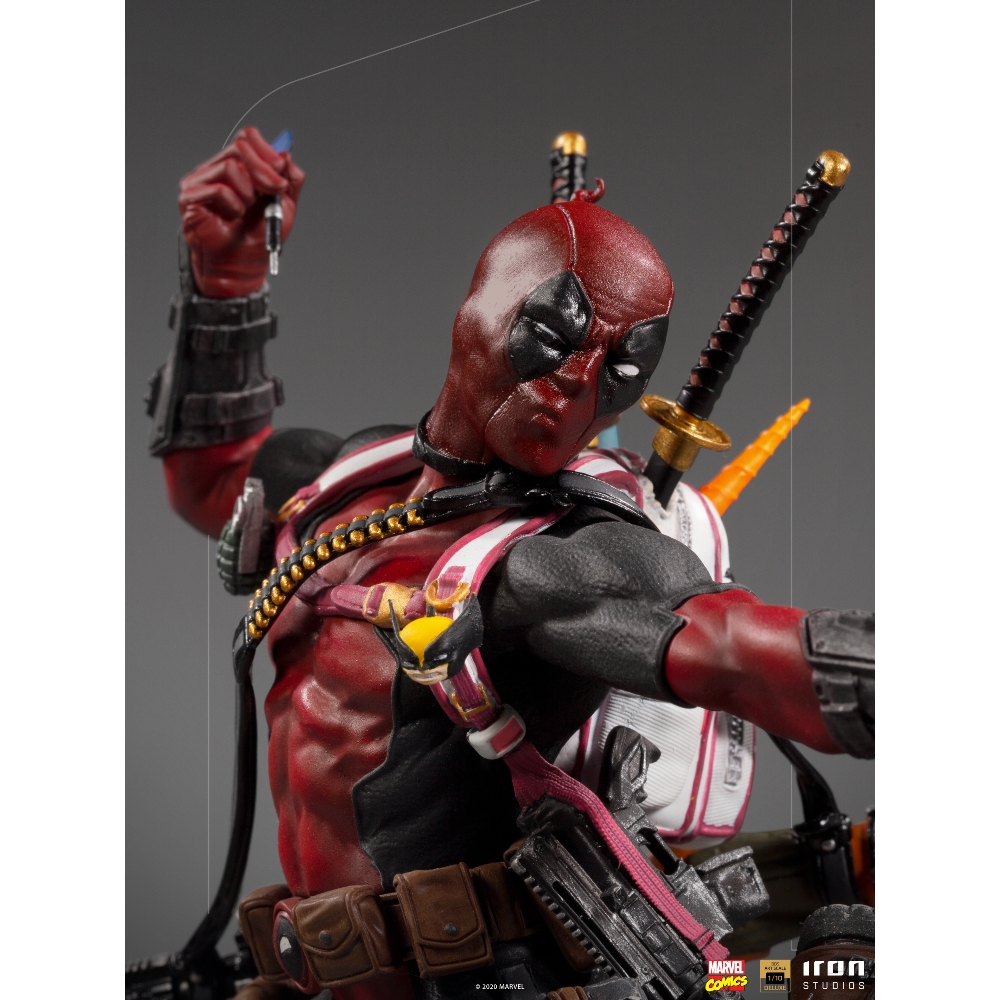 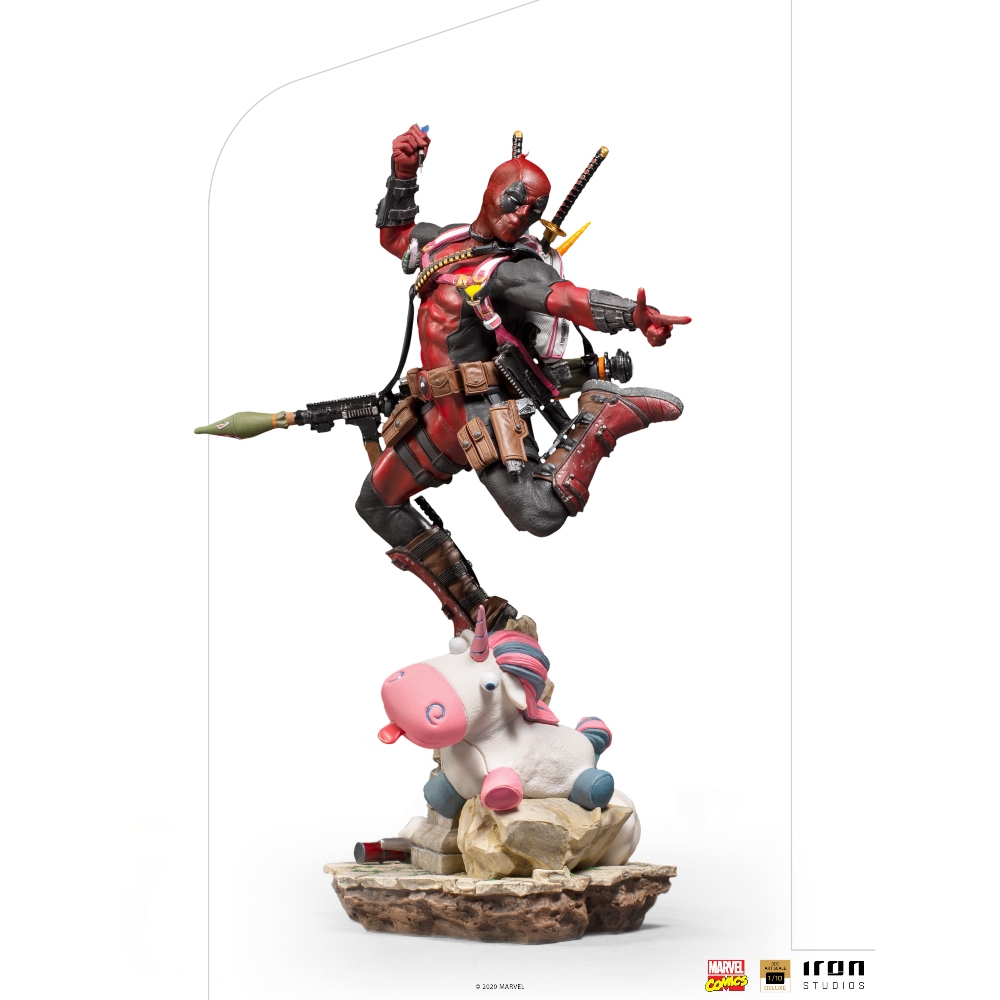 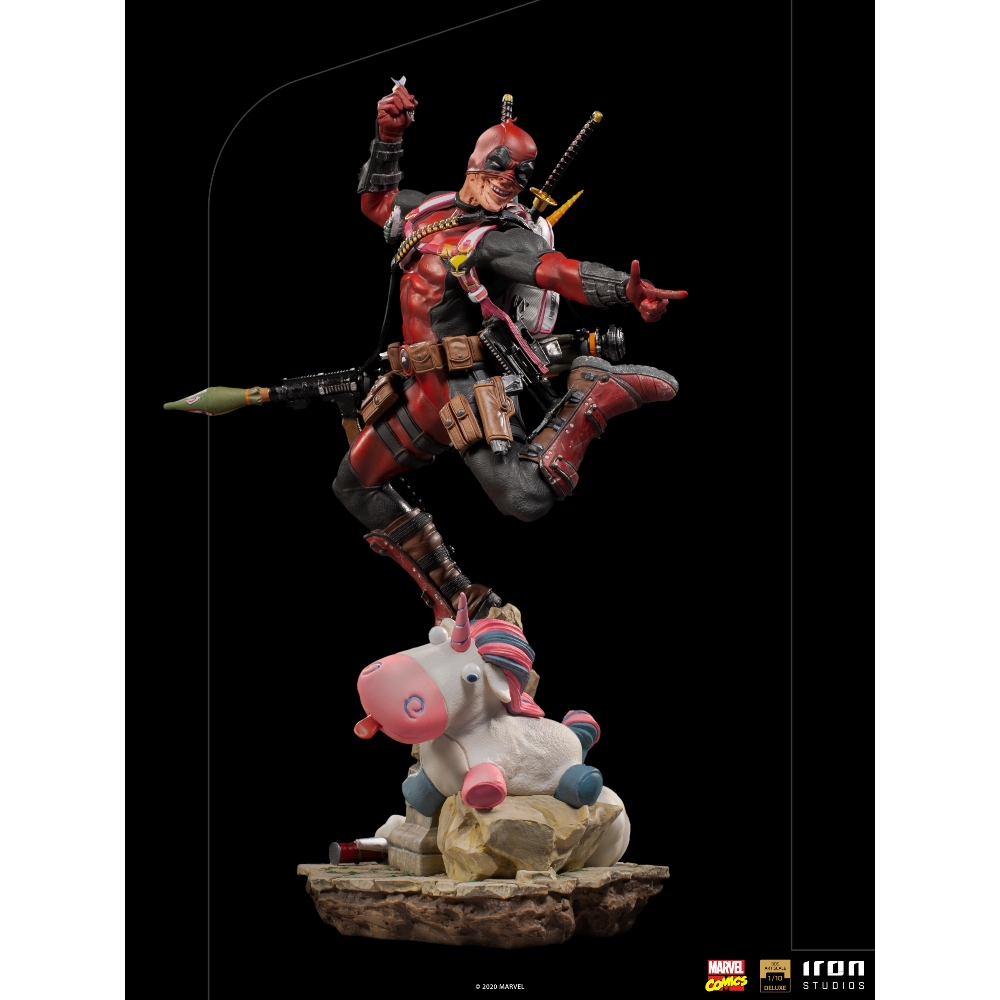 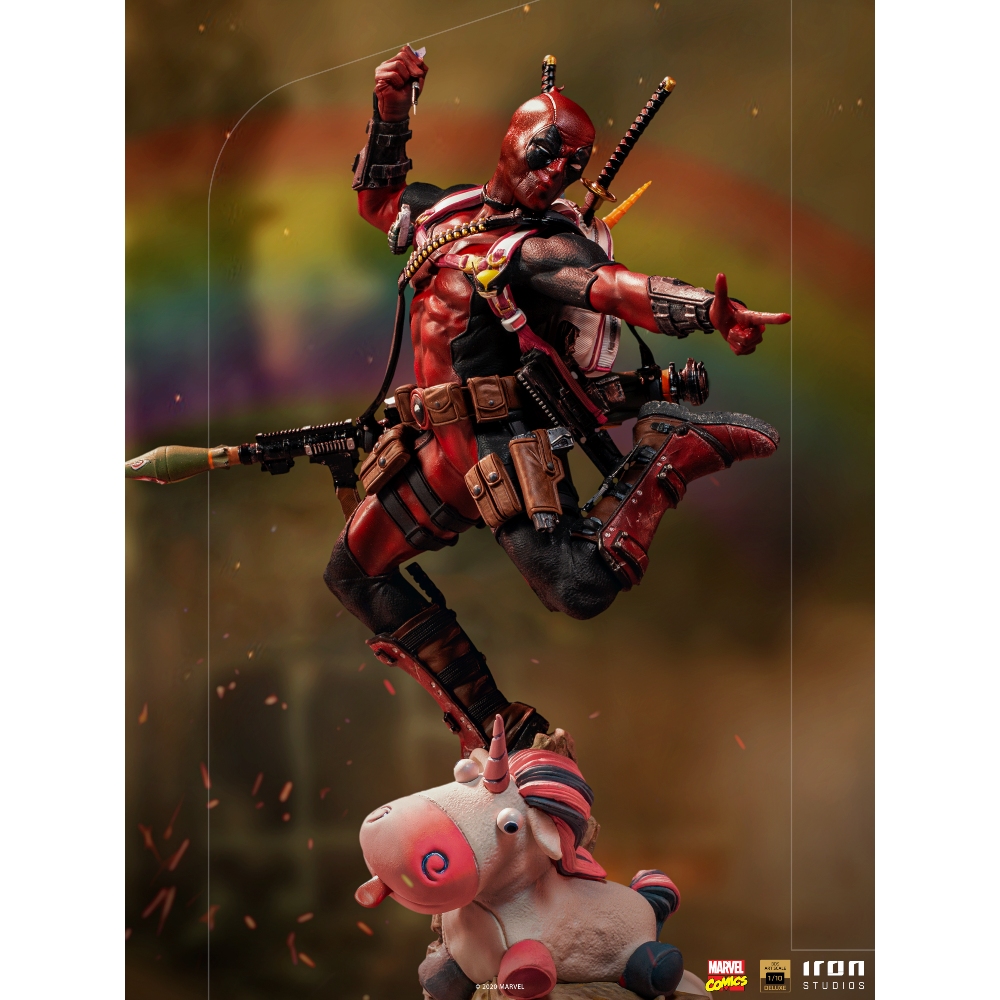 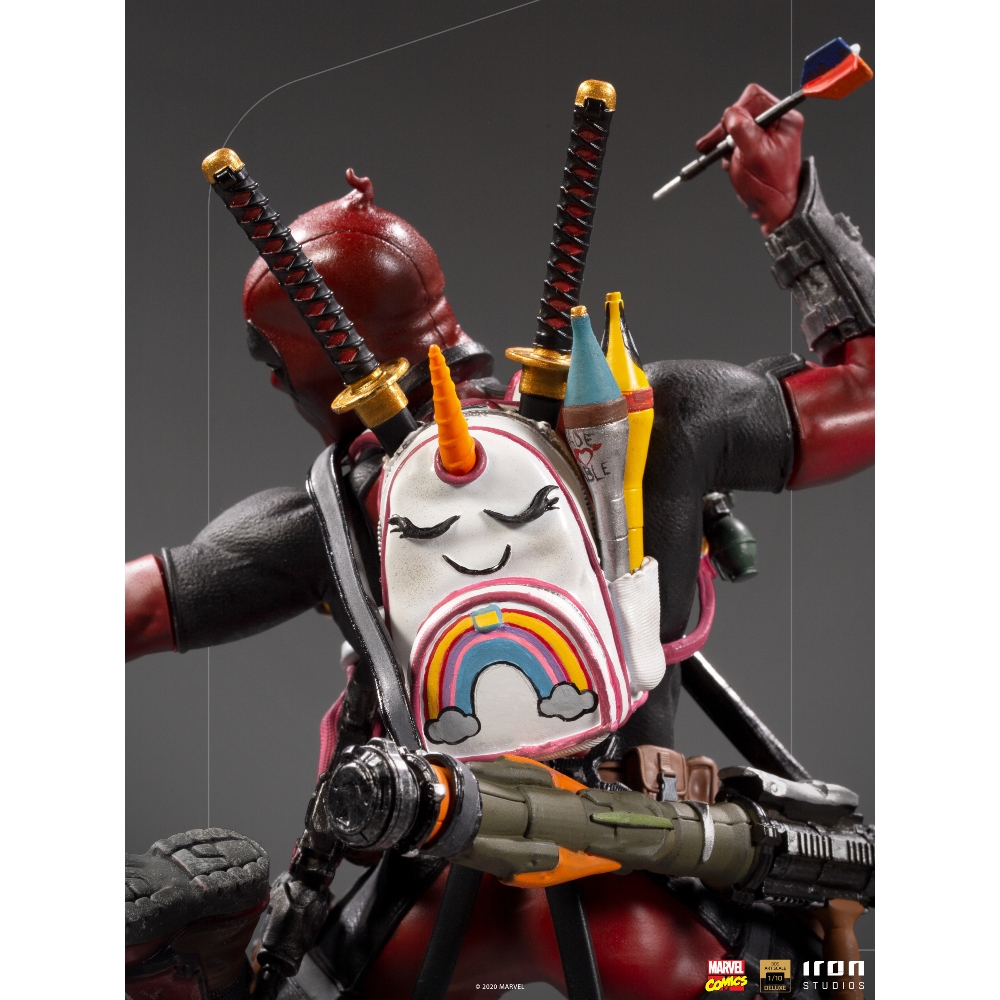 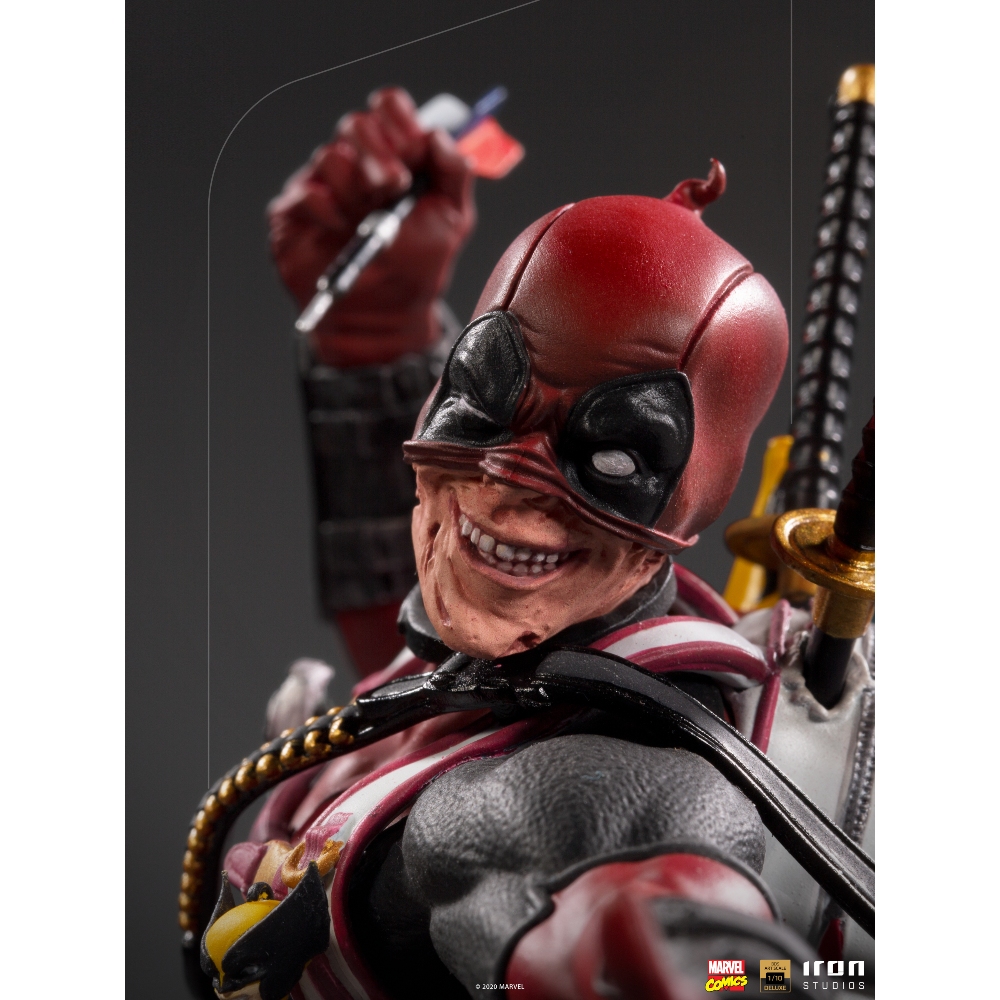 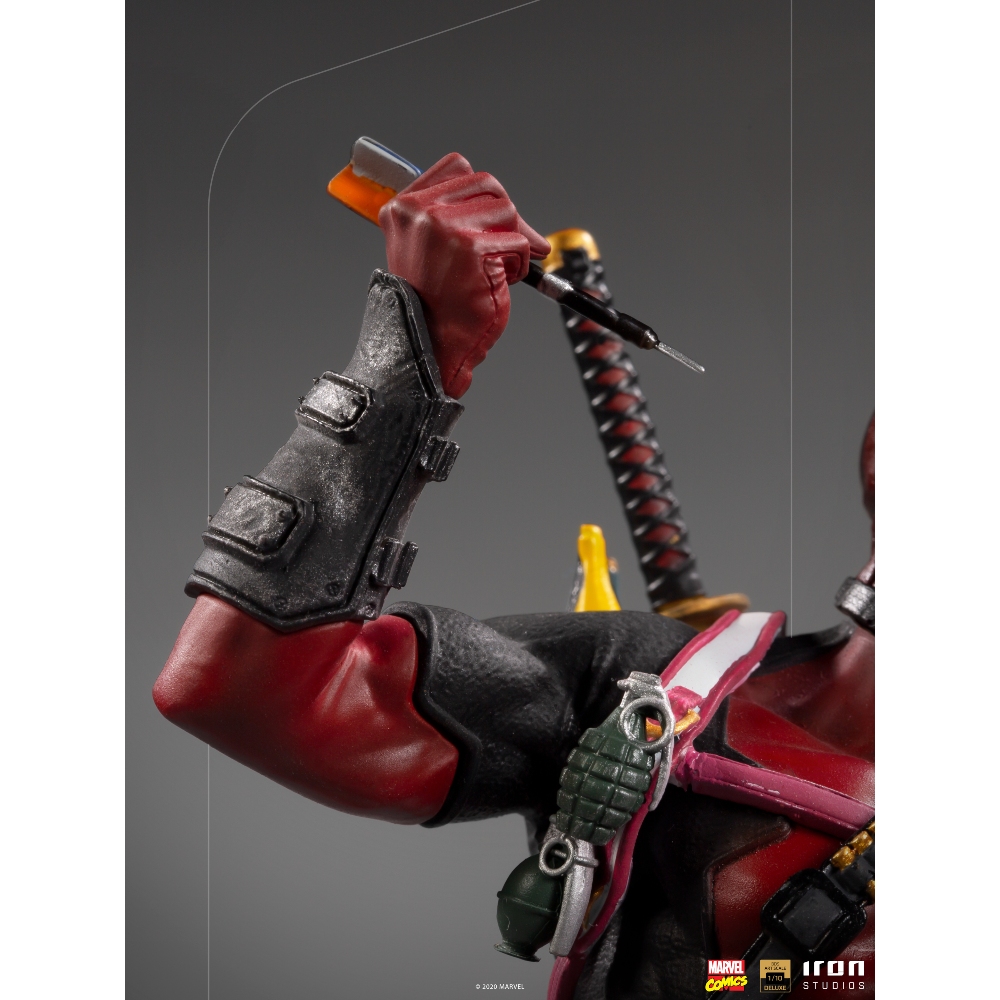 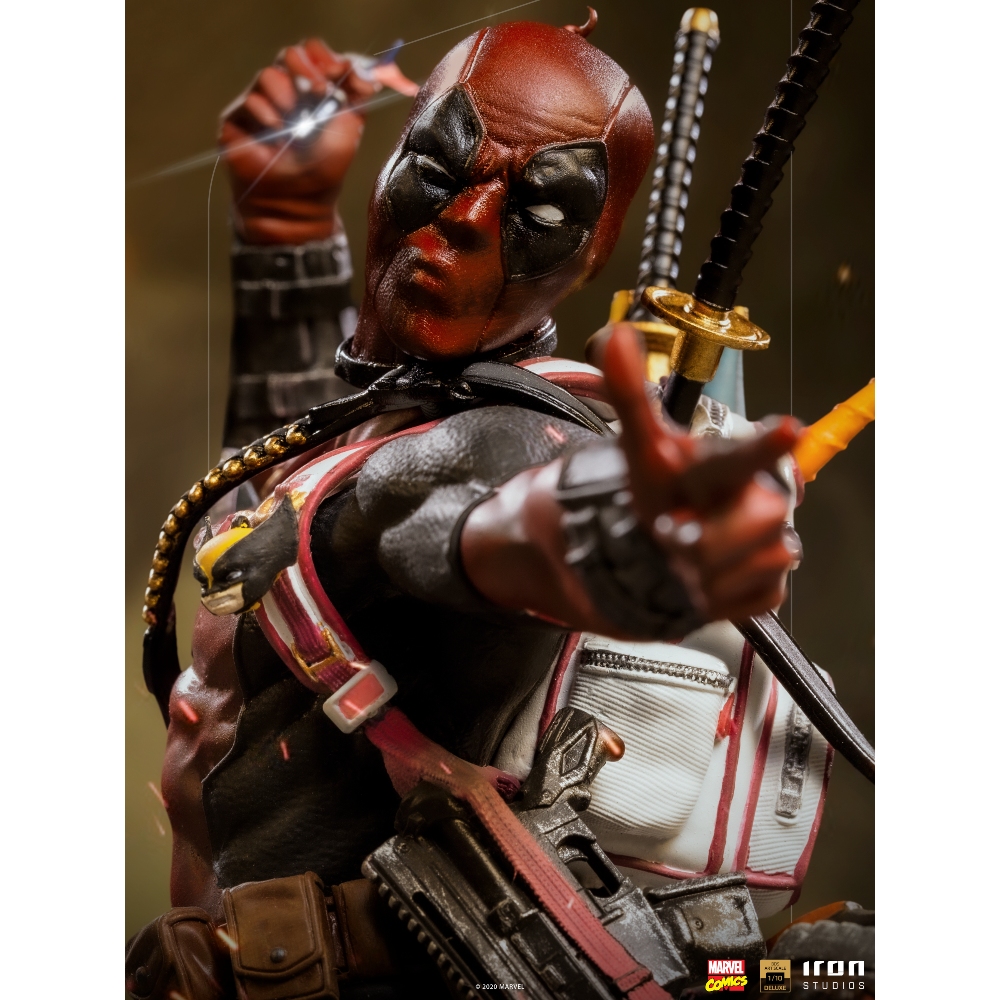 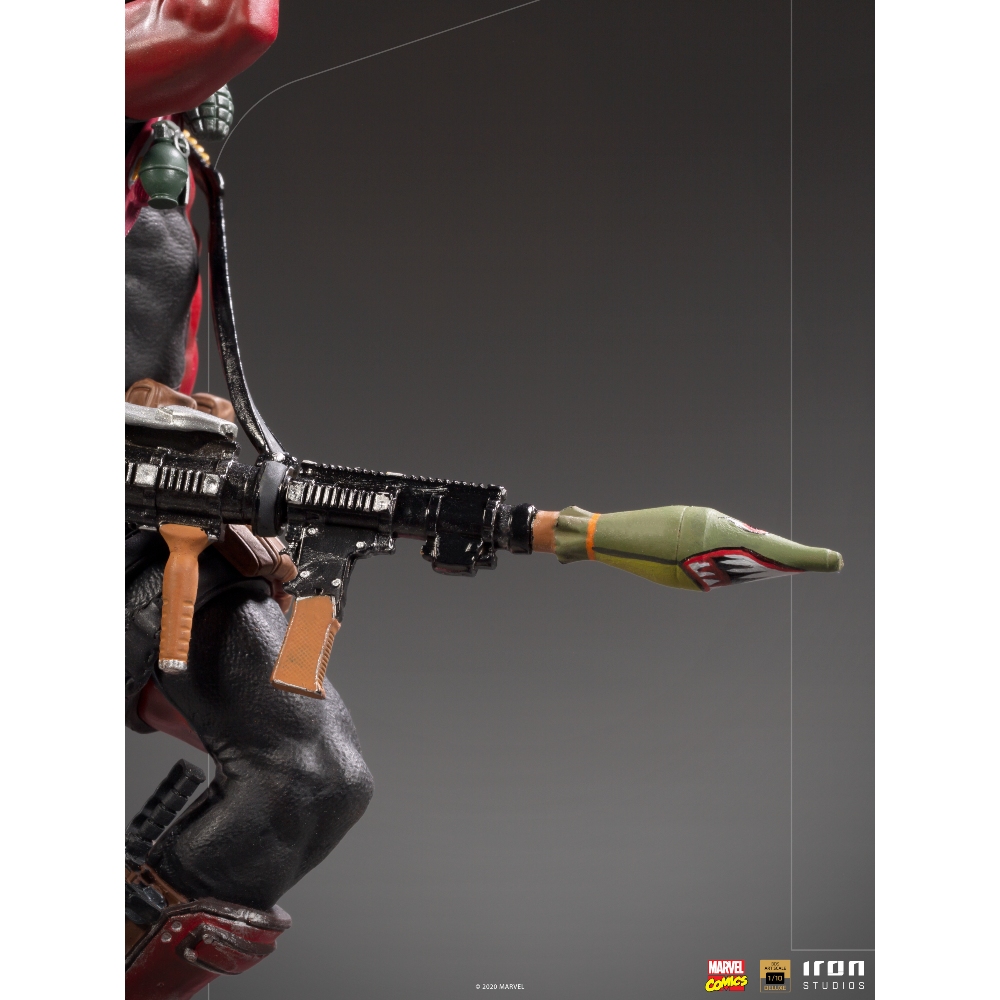 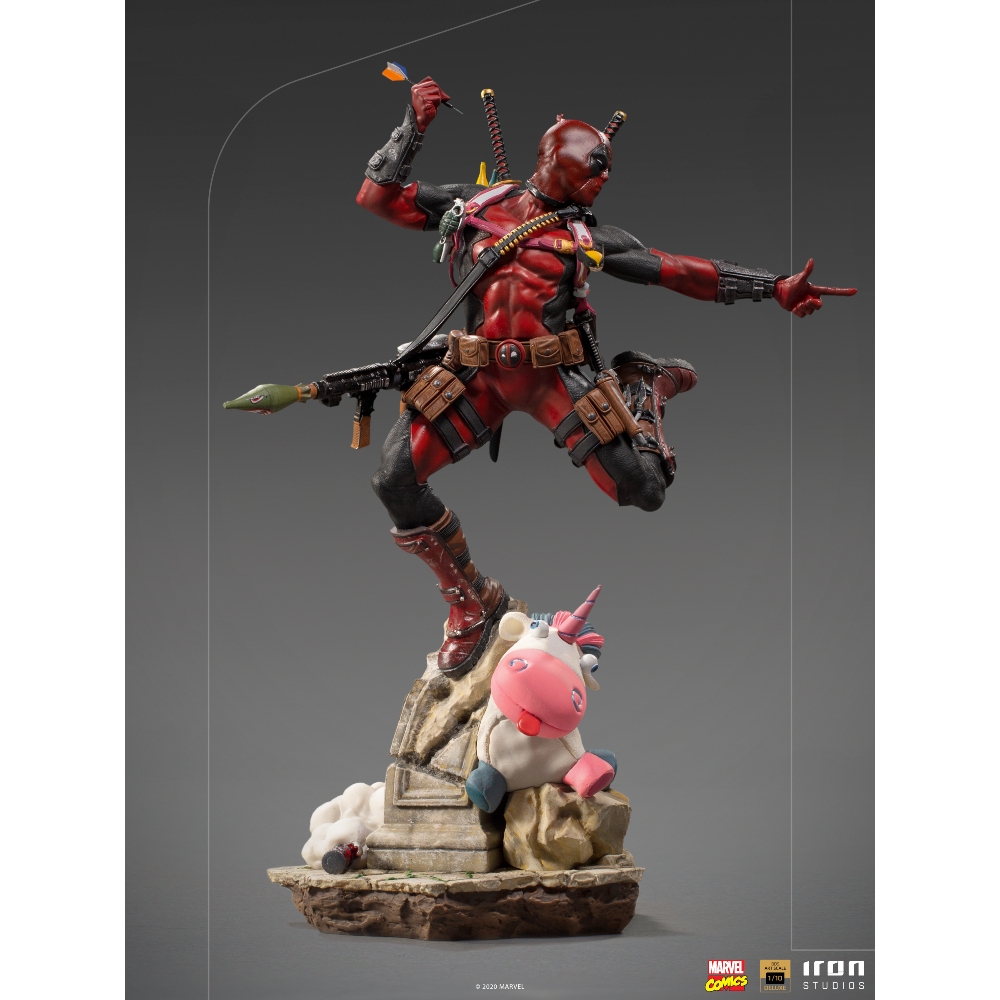 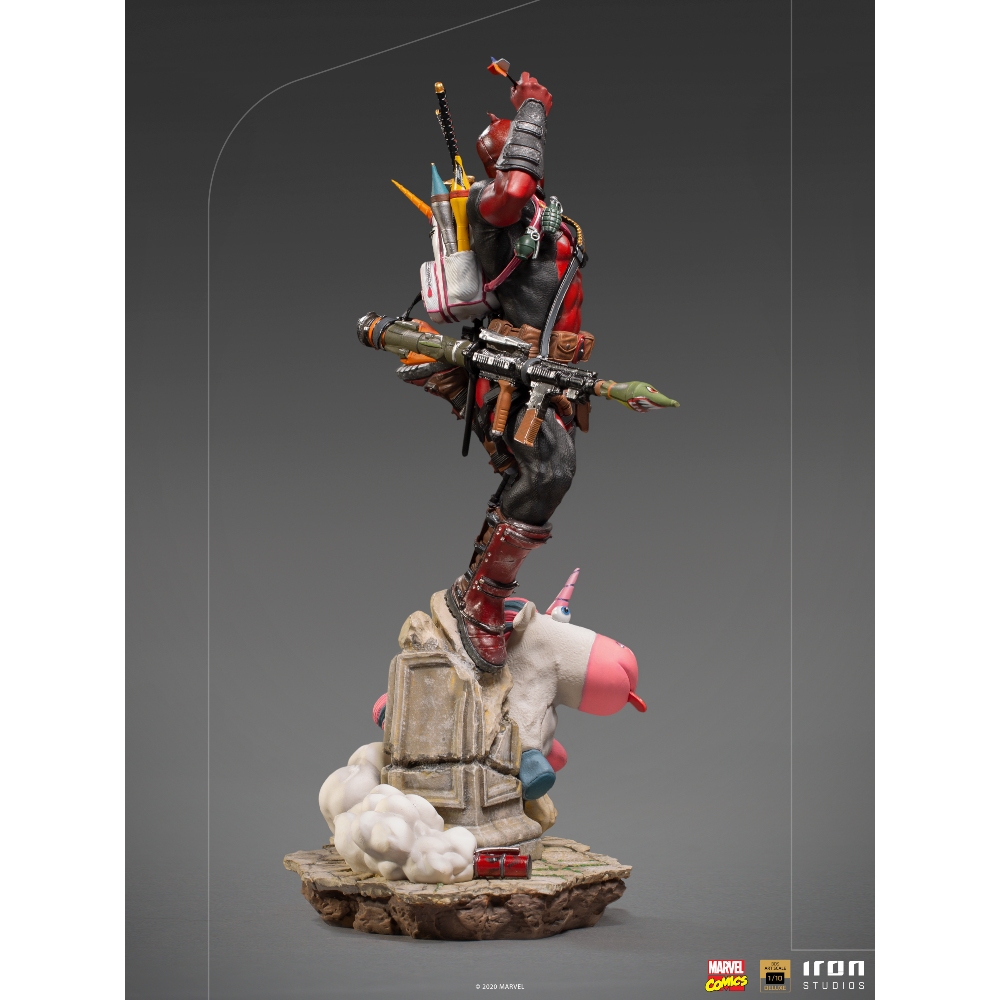 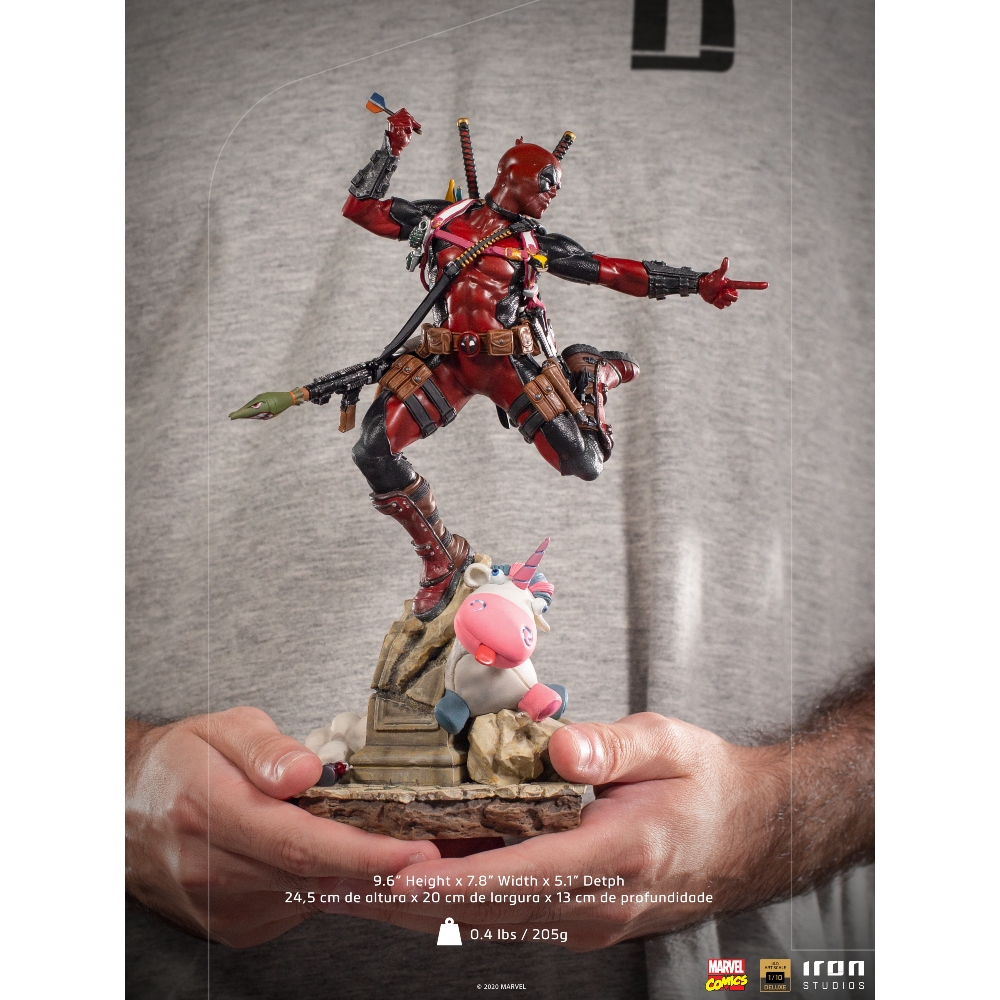 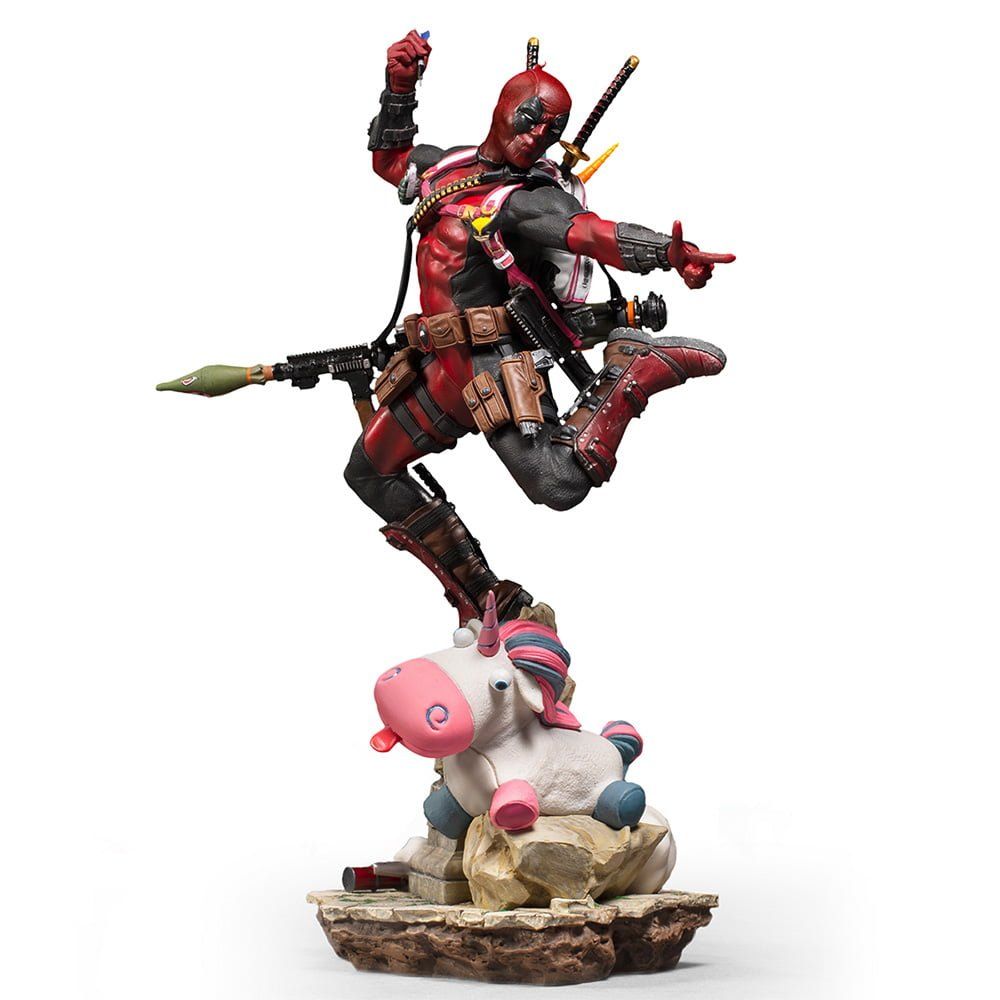 As he would describe … Bouncing forward against my enemies, I, the Crimson Comedian, the scourge of the Chimichangas, the Merc with a Mouth, the Regenerating Degenerate, the Red, Wade Wilson, or as you know me better, Deadpool, comming for action, reaction and fun in one more best collectible statues from Iron Studios!

Bearing my simple and discreet arsenal of weapons and accessories, as an intrepid and courageous Canadian hero (* modesty limits me to other adjectives) I jump as if riding an imposing plush unicorn (I have no idea how he got there), resembling to mine modern utility combat backpack, amid rubble of the demolished old Mansion X (* which I never really insisted on entering), I´m ready to defend my allies, whoever, I determine my target to launch a warning dart (*or will a dart with poison?) … Anyway … This is how Iron Studios presents Deadpool – Marvel Comics – BDS Art Scale 1/10 – Iron Studios, a spectacular statue approved by the \”Pool\” quality control

With an extra interchangeable head, Deadpool arrives to add to the X-Men battle diorama, but also, in addition to working well individually, as the character acts more regularly, he can compose different scenarios according to the collector\’s wish, on different sides , as an allied hero of the X-Men, his most common role, as an enemy mercenary, after all, if Magneto pays well, like the torment of Cable, his original rival in the comics … Who knows? After all, Deadpool is unpredictable.