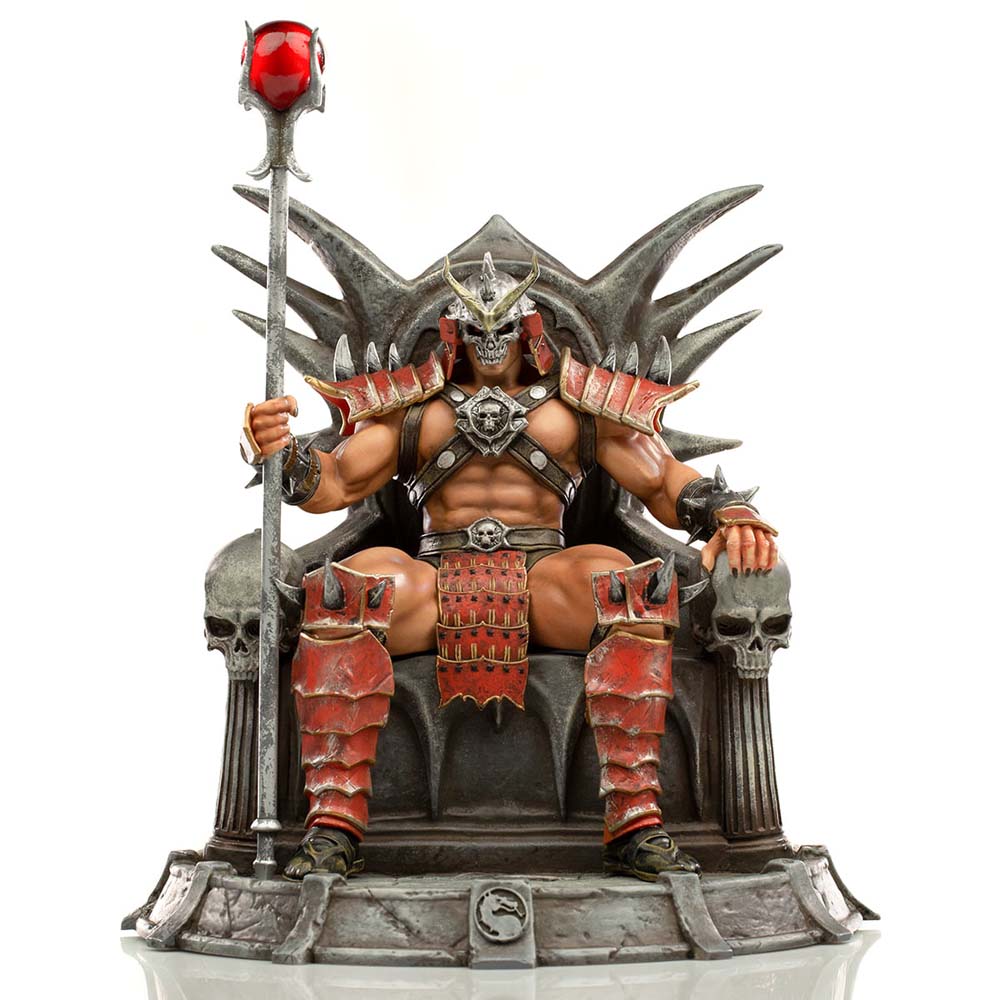 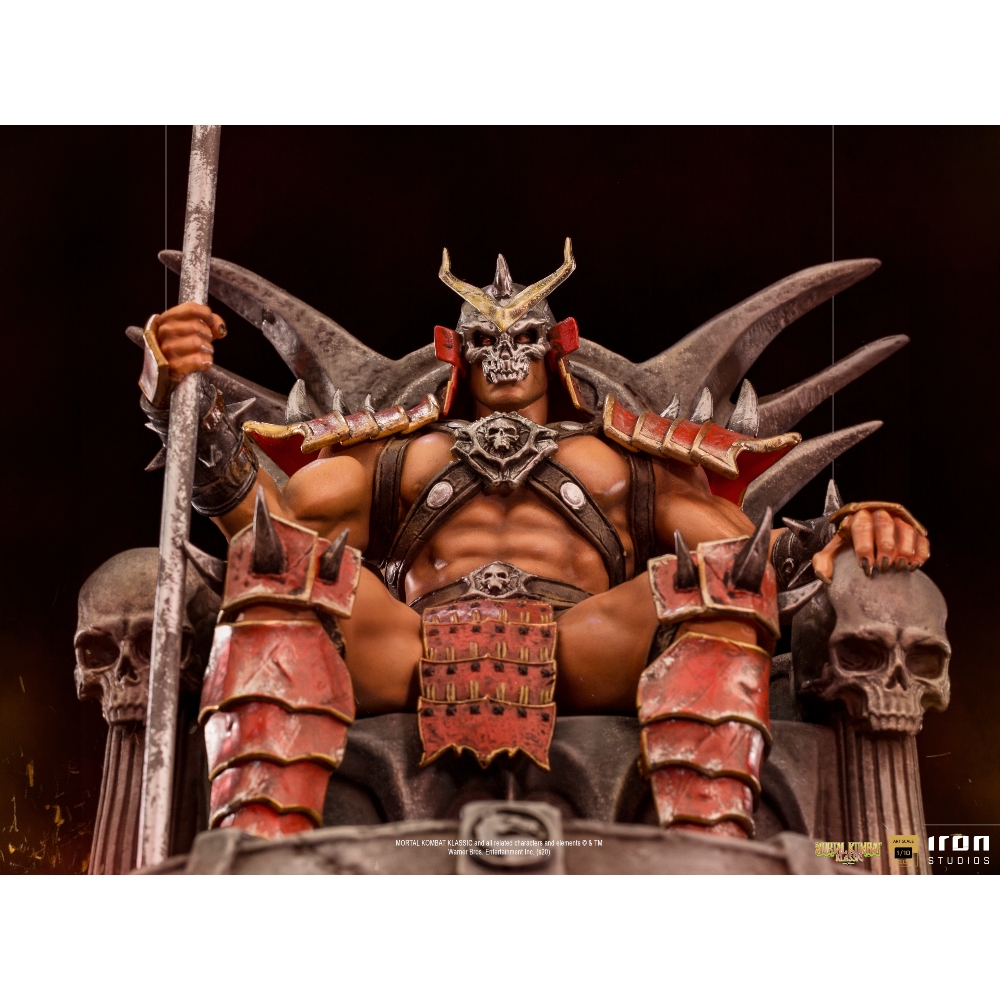 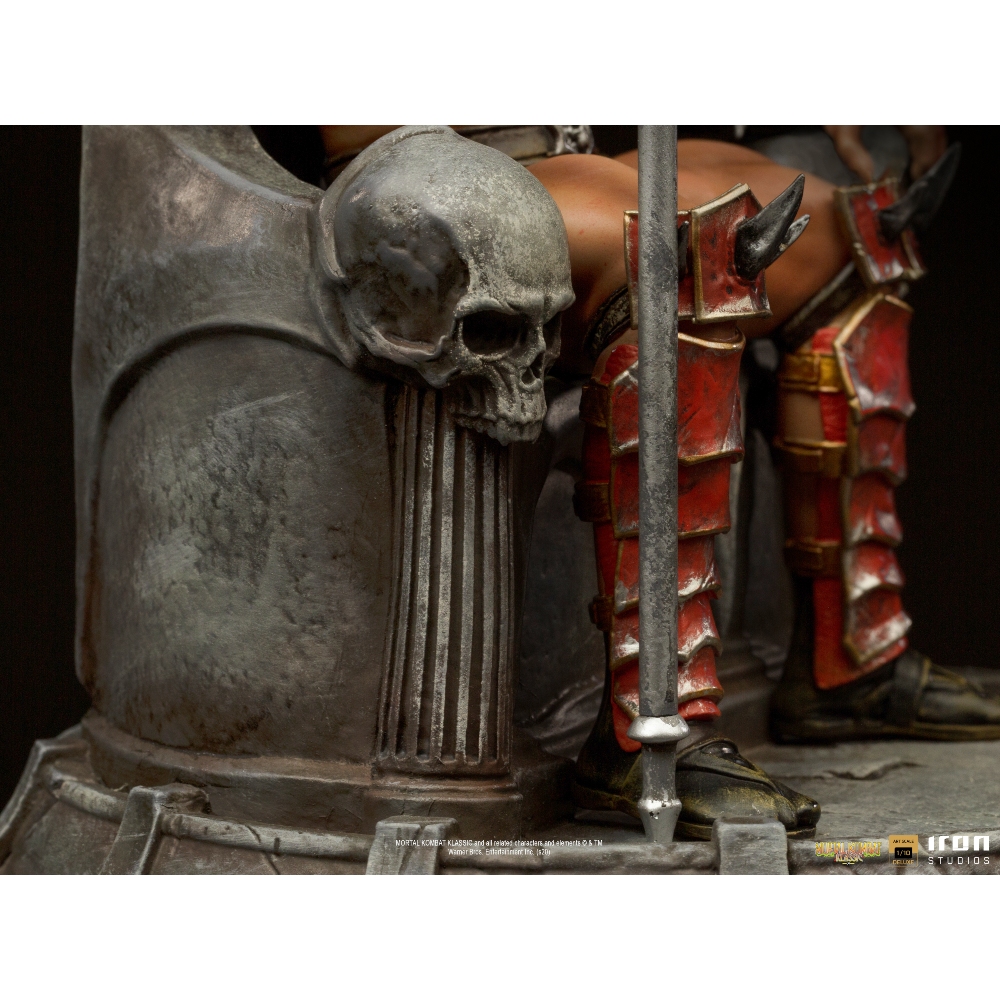 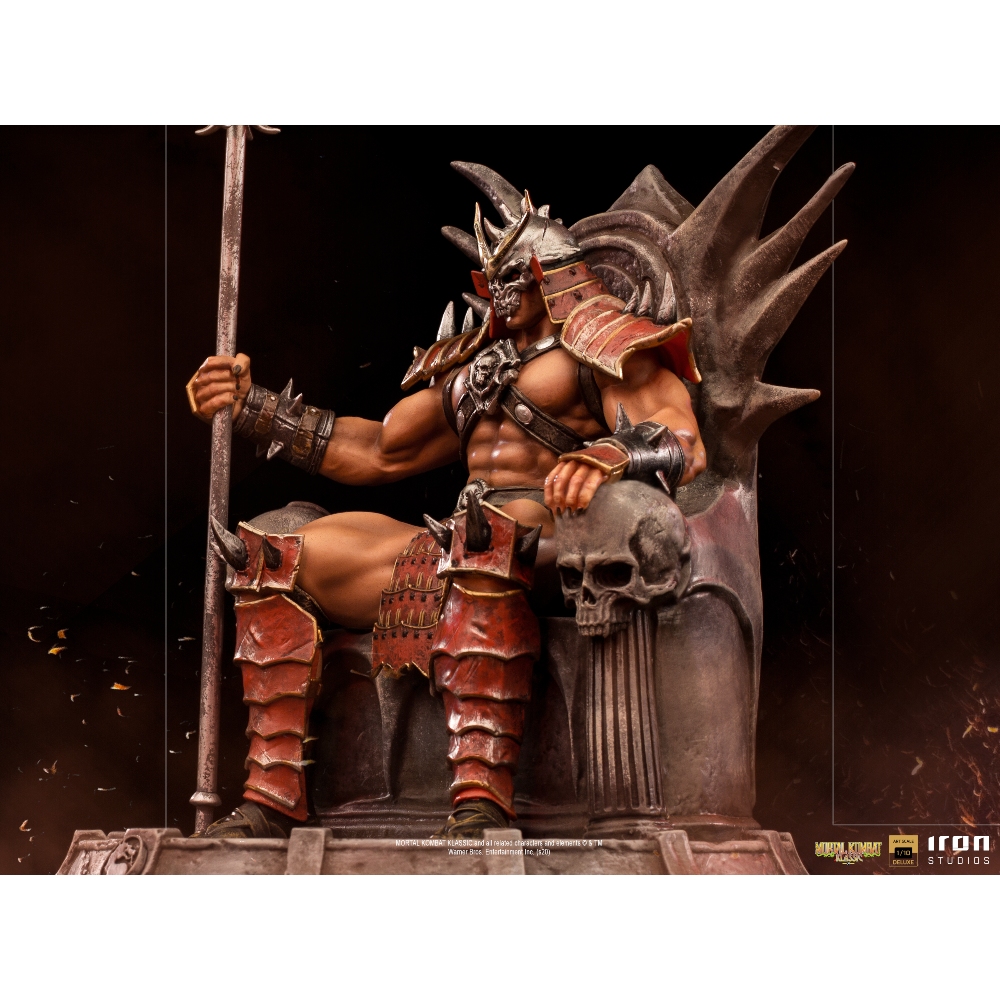 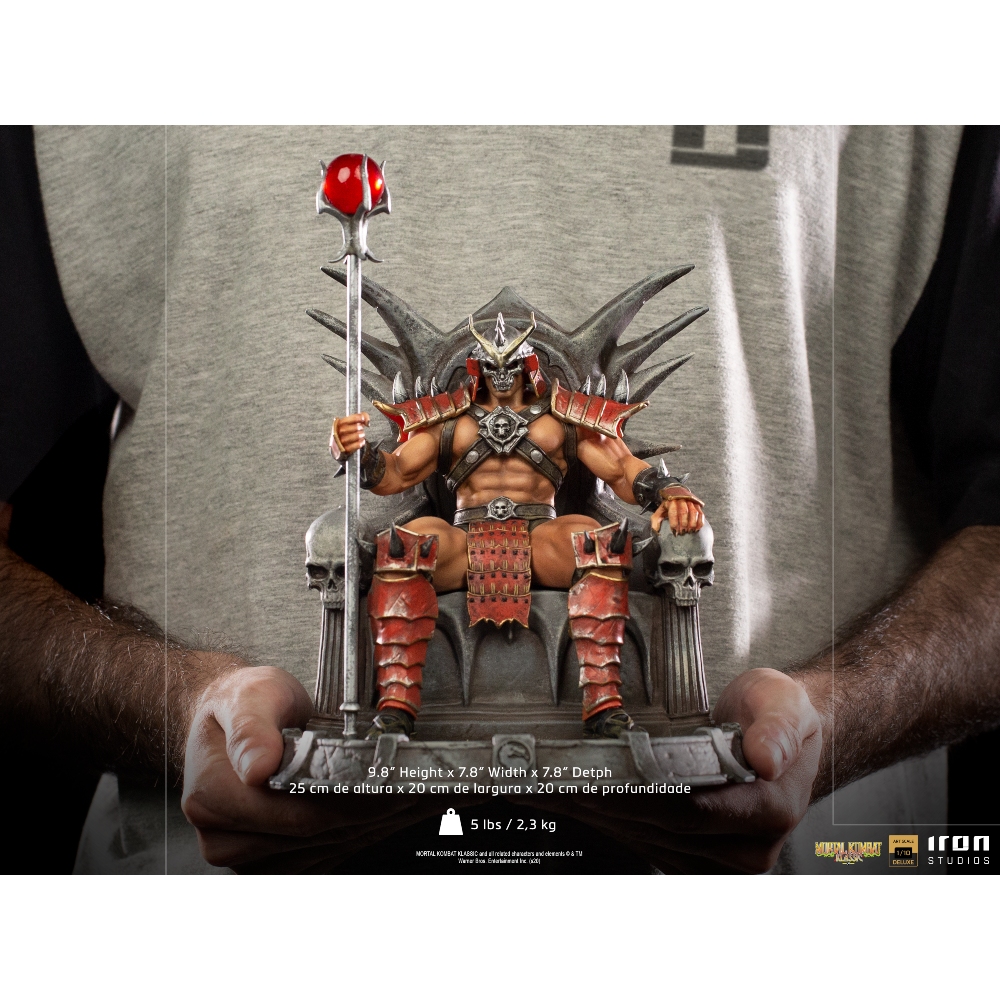 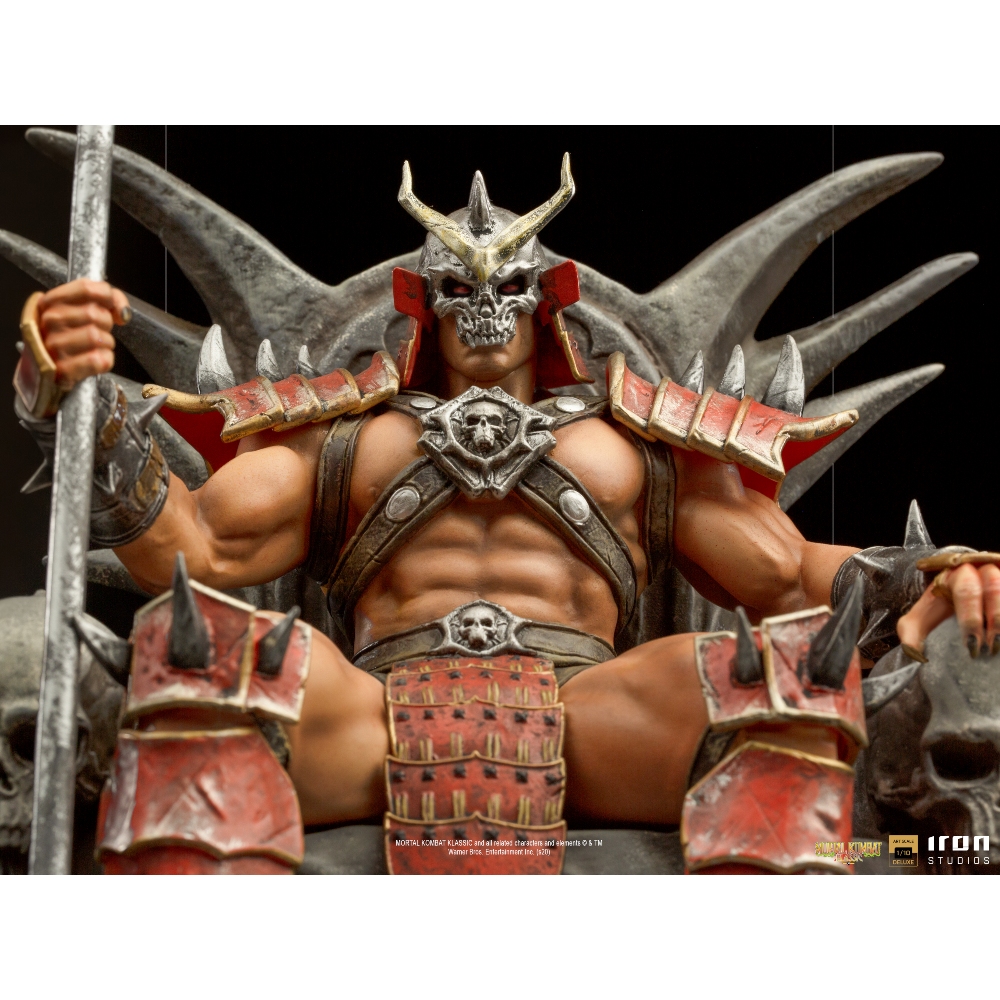 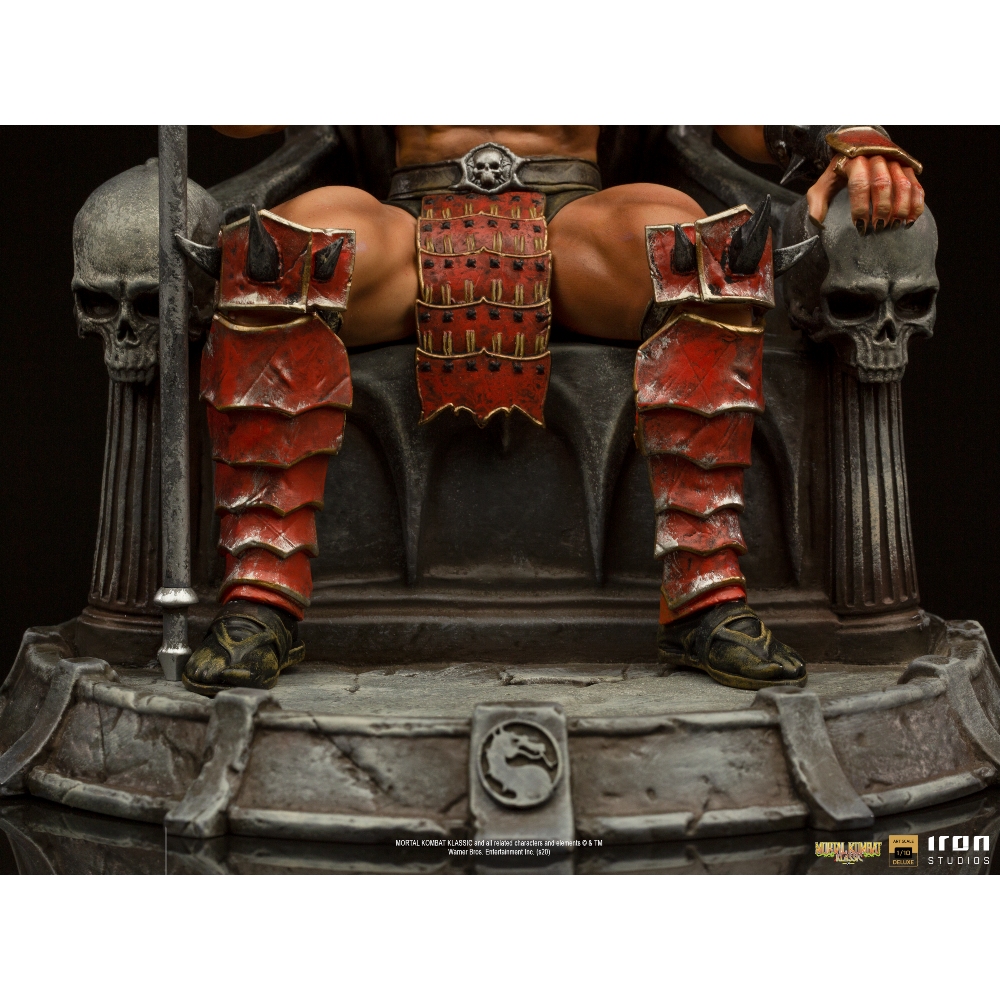 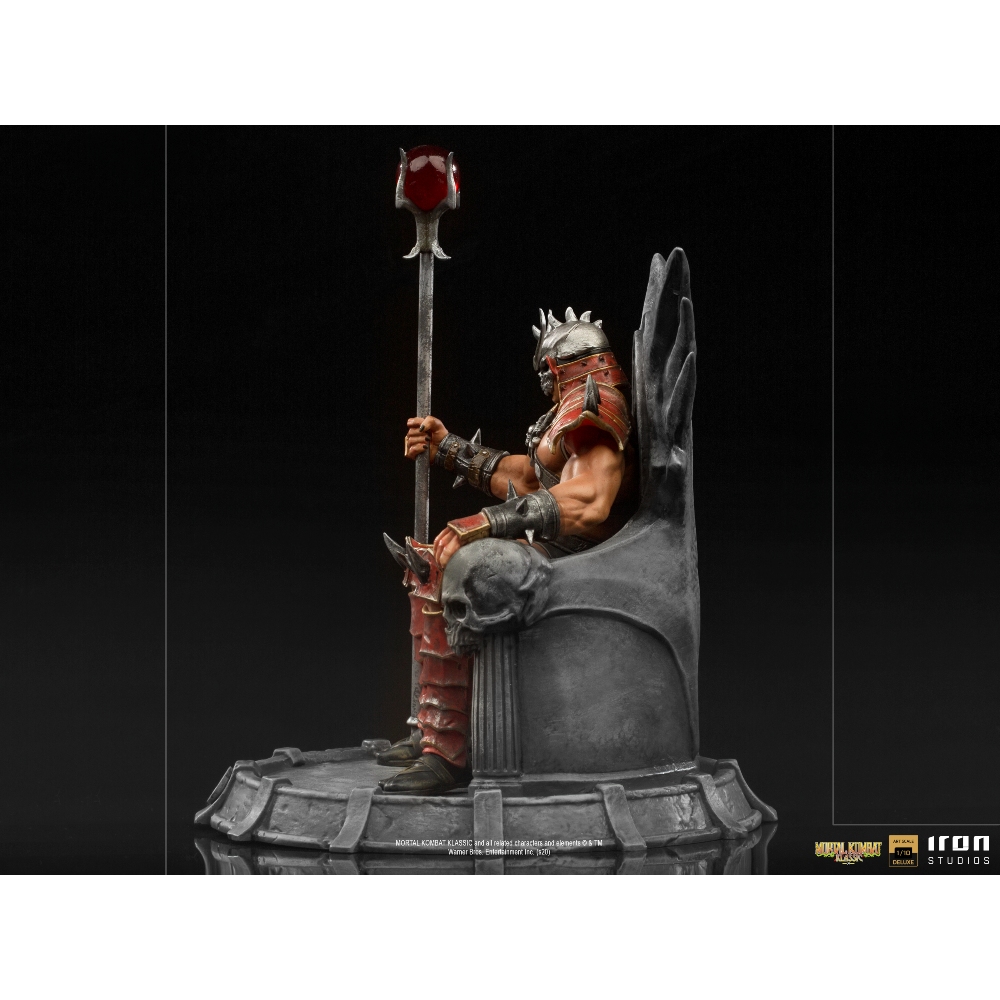 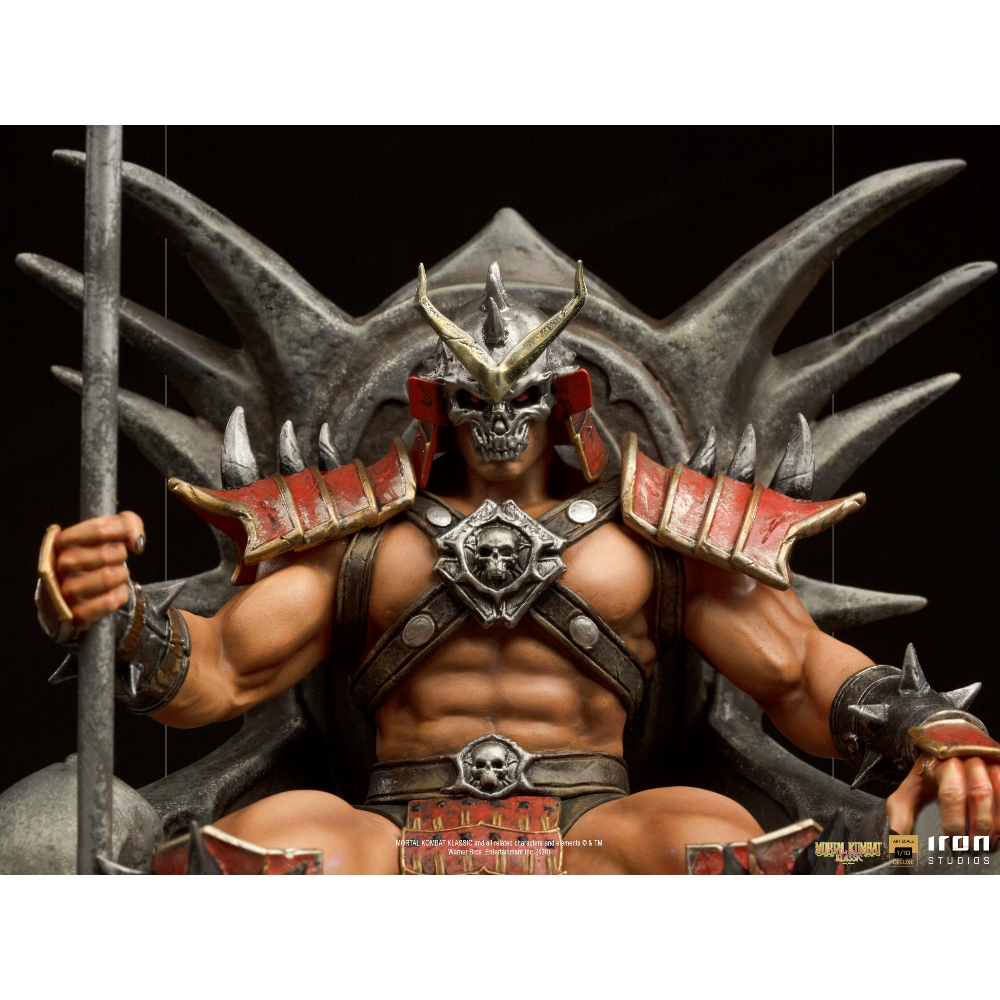 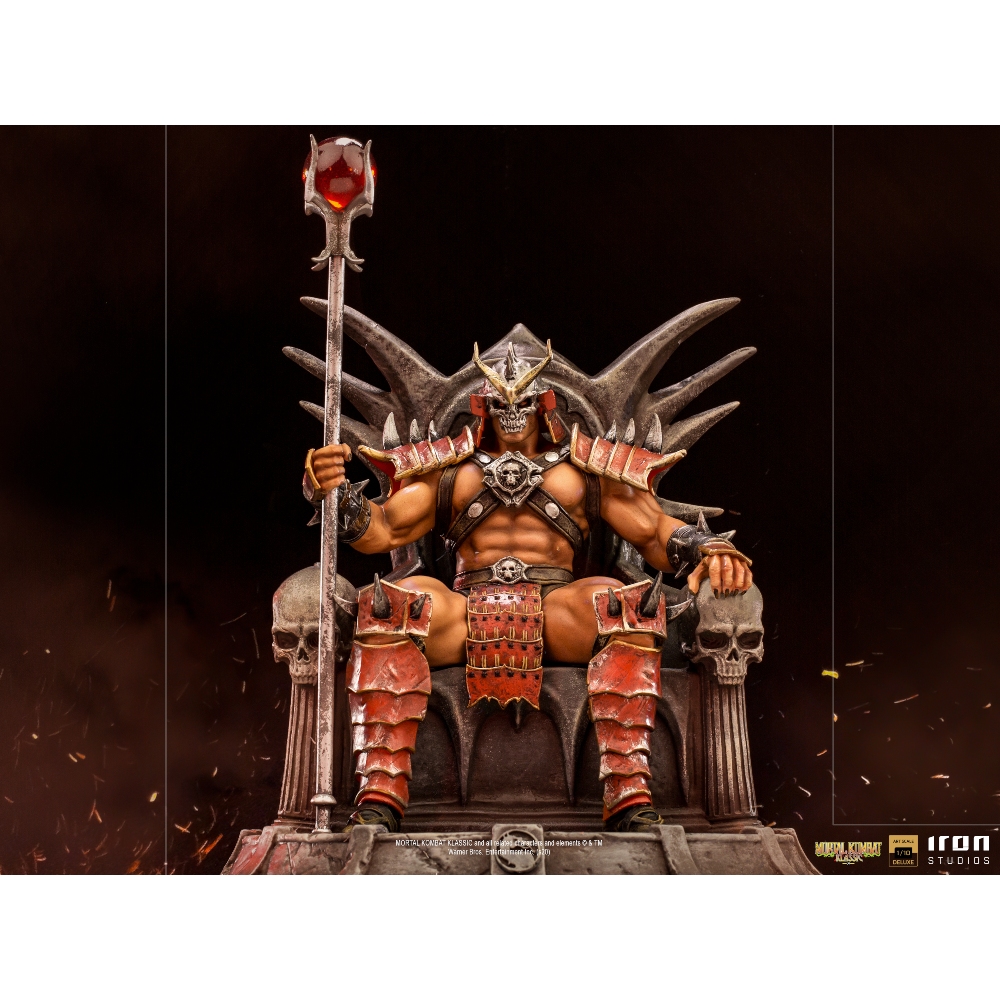 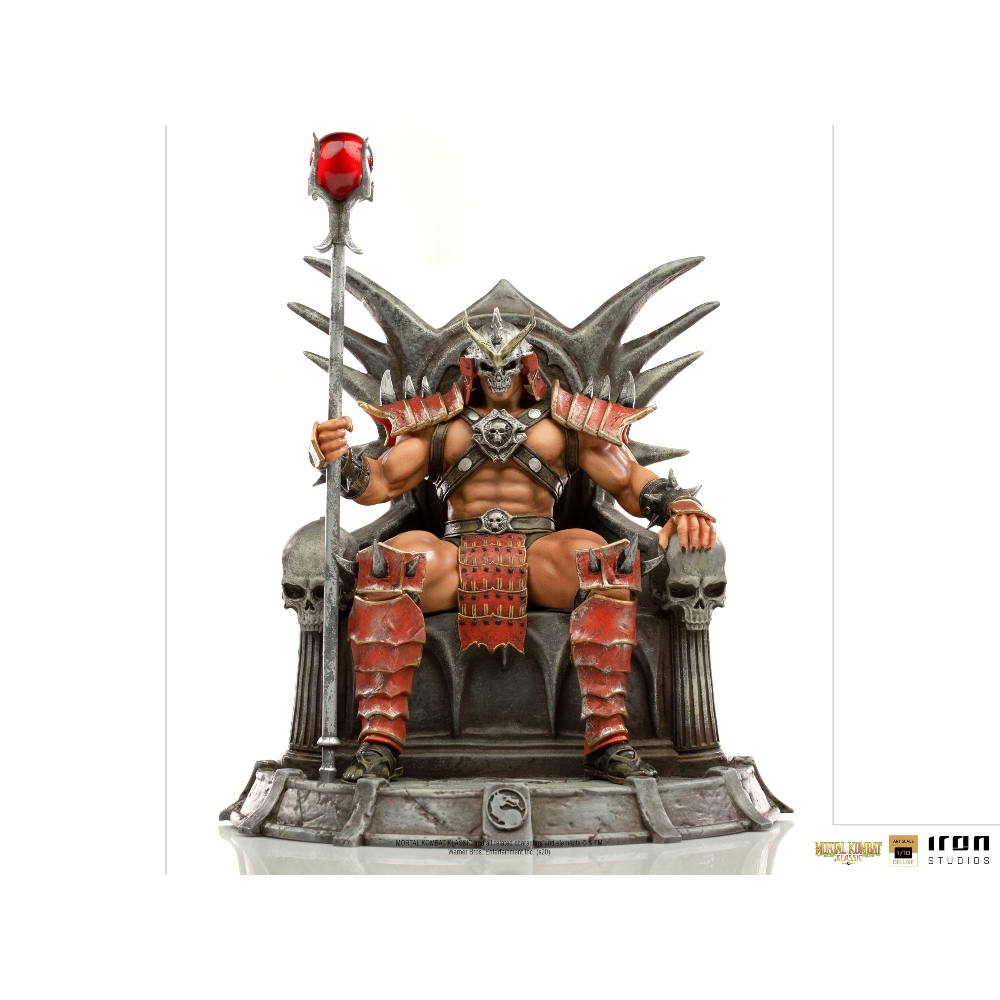 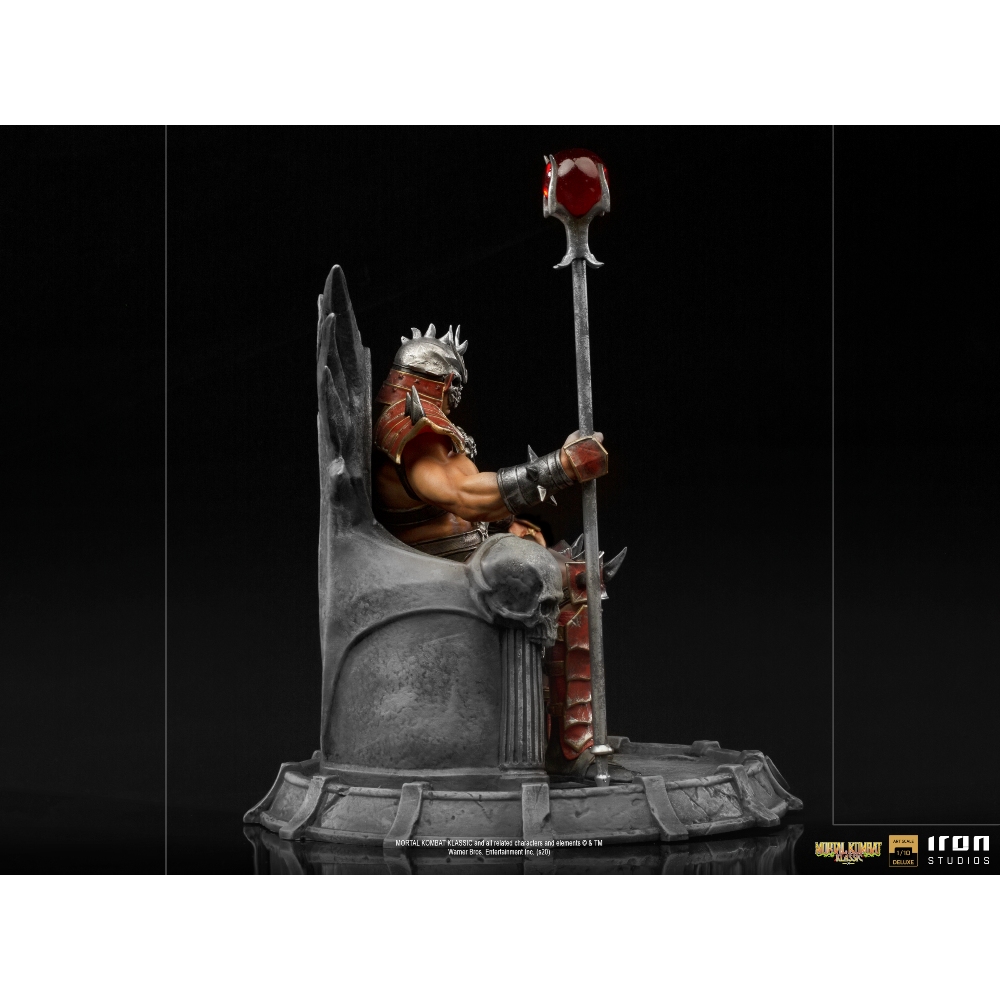 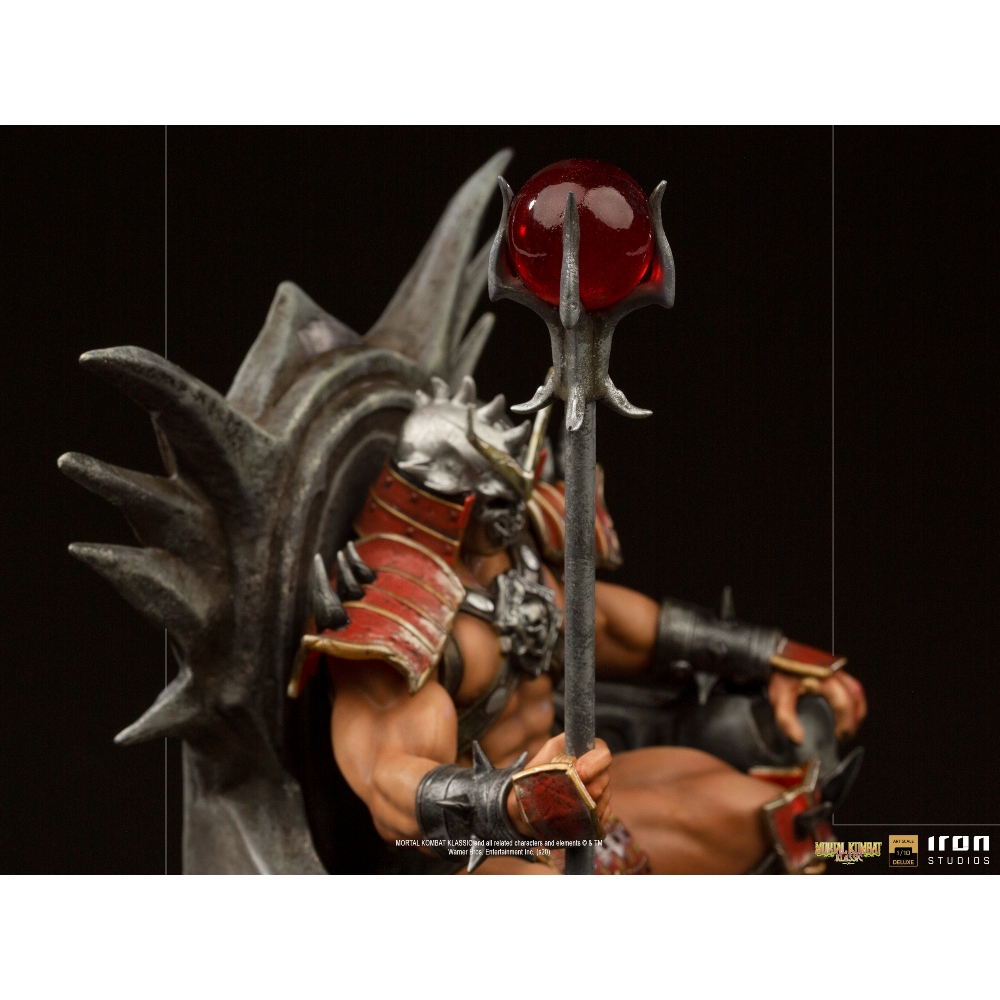 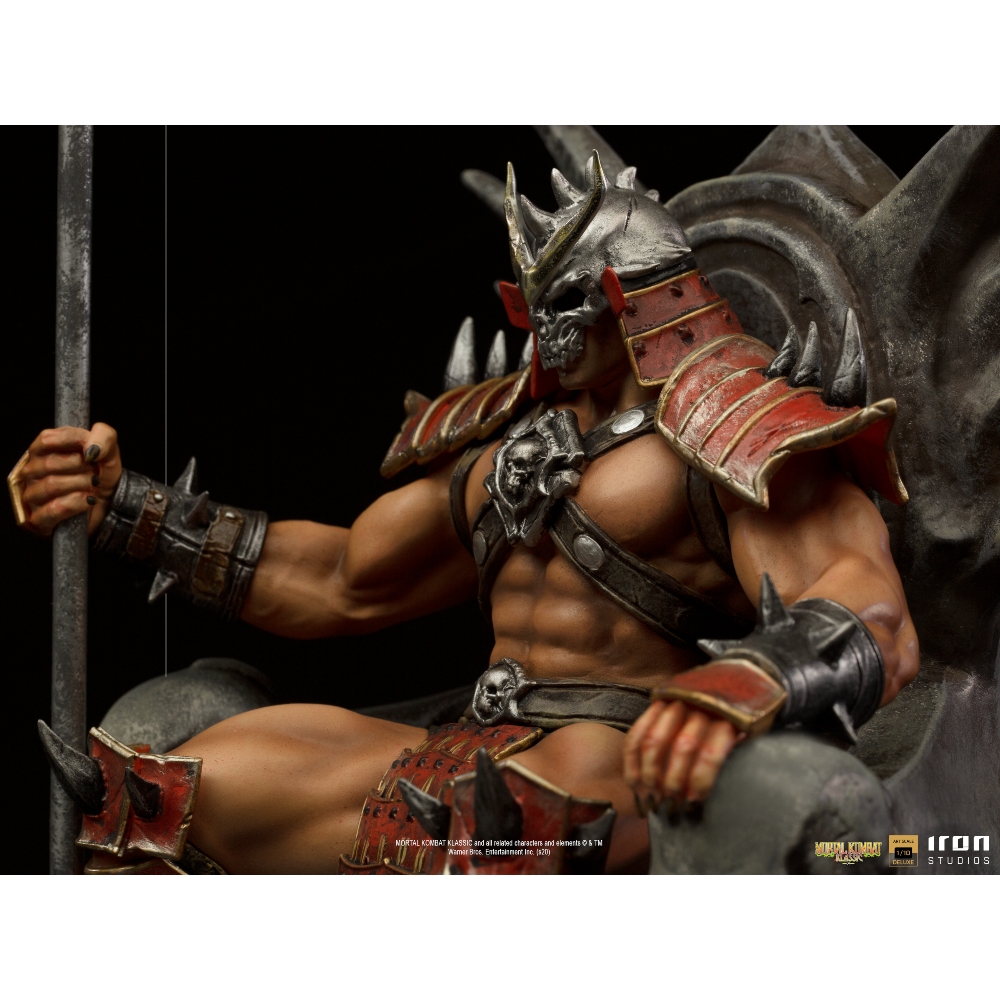 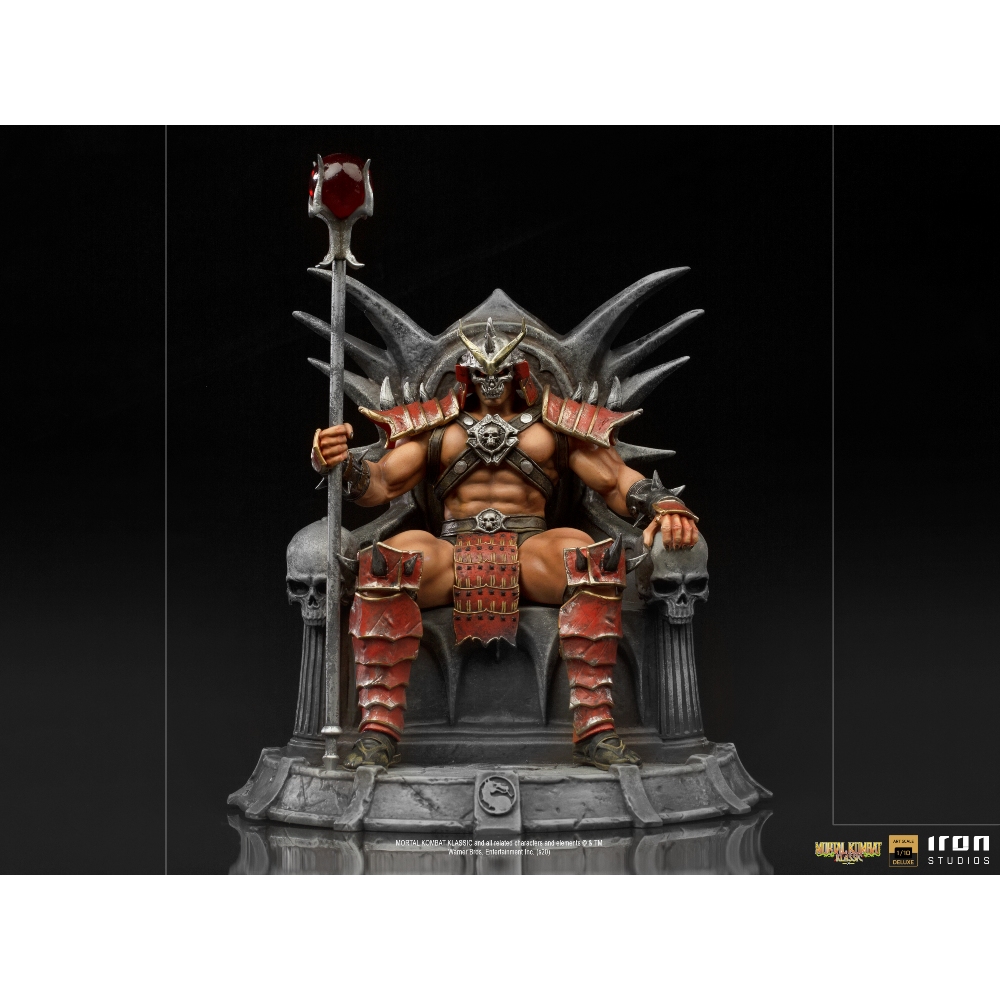 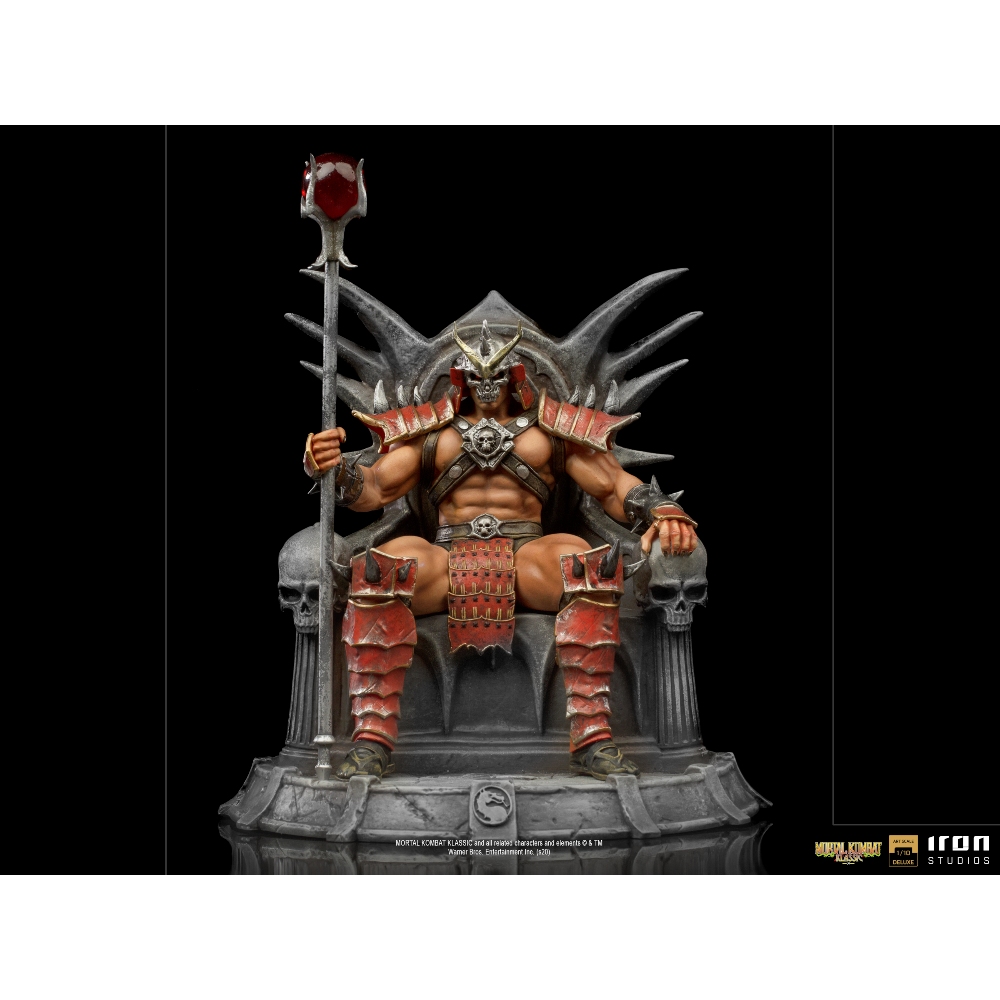 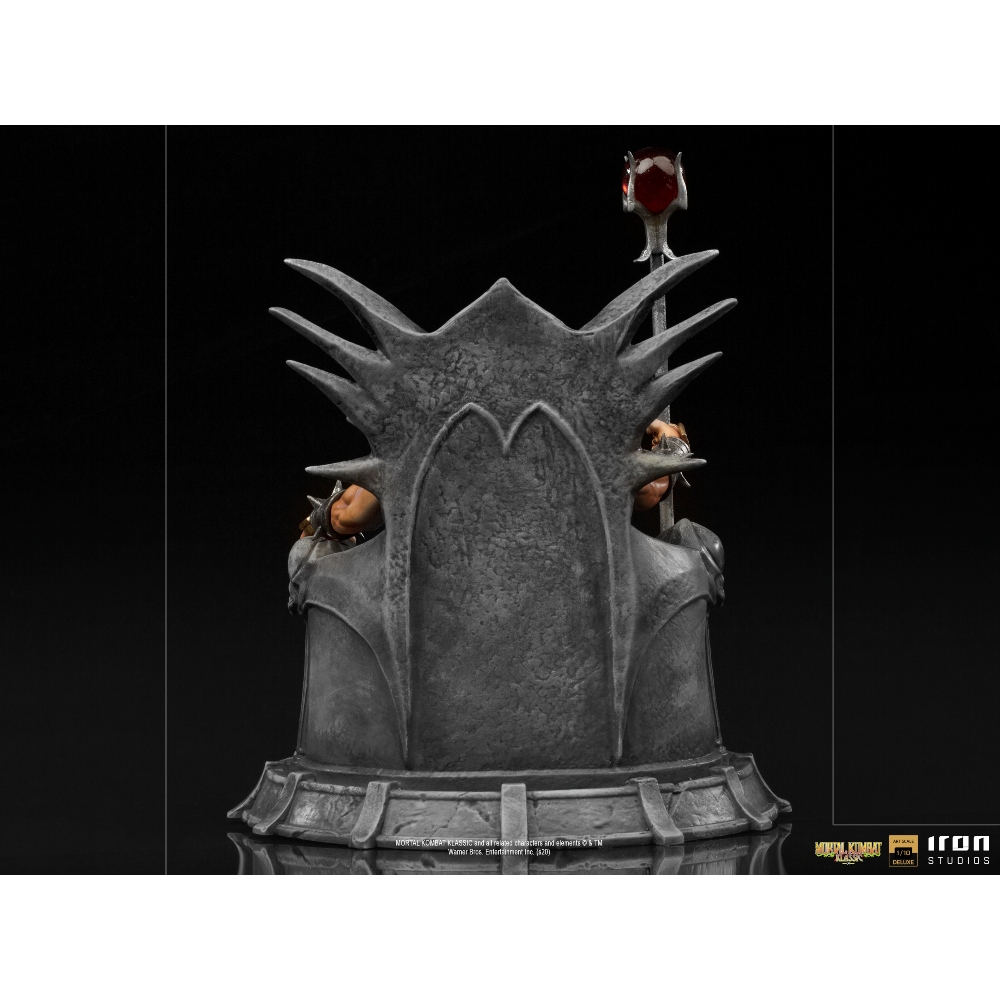 Present in his ancestral palace in the devastated kingdom of Outworld, an ancient extradimensional world ruled by chaos through his hands, the fearsome Emperor Shao Kahn reigns absolute on his throne. Wielding his staff with one of his powerful fists, while resting the other on the skull-adorned armrest on his rock-carved throne, with his face hidden by his skull-shaped helmet, the powerful world-conquering giant of one of the most popular fighting tournament games, wins its long awaited version in the line of statues of Mortal Kombat from Iron Studios with \”Shao Kahn Deluxe Art Scale 1/10 – Mortal Kombat – Iron Studios\”, inspired by Mortal Kombat II, second game of series.

Mortal Kombat is a martial arts tournament that takes place between different realms or dimensions from generation to generation, and needs to be won 10 times in a row to guarantee the winner the chance to dominate the competition\’s realm. As a conqueror, Shao Kahn seeks to expand the kingdom of Outworld by taking other kingdoms by force, thus seeking at all costs to win the Mortal Kombat when it is carried out in the realm called Earthrealm, a place that humans normally call Earth.